When Kyle and Ali met through a mutual friend in 2018, they shared an instant connection. Later in June 2021, Kyle surprised Ali on her birthday with a beautiful floral arrangement and a romantic proposal. The evening continued with a special celebration with the couple’s friends and loved ones.

END_OF_DOCUMENT_TOKEN_TO_BE_REPLACED

Anita and Bill met as neighbors at a house party during Lights In The Heights in 2017 while they bonded over having daughters. “I was a little shy but his constant warmth and helpfulness lead us to become fast friends who found had similar stories: some happy, some painful,” recounts Anita. “We quickly found ourselves and our girls to be inseparable and decided we are better together than apart!” While on a trip to Bill’s hometown of New Orleans, Bill took Anita and their daughters to explore Jackson Square. “I watched our girls running around in joy in a post-Christmas mist thinking how lucky we all were to find one another,” recalls Anita. “I turned to look and found Bill on his knee proposing! Needless to say, I was blown away and passersby all stopped to watch as our girls whooped all around us. I said yes and the rest is history… “

For their summer wedding, it was only natural that the couple would tie the knot at Texas creole restaurant Brennan’s of Houston for a classic New Orleans brunch. “Brennan’s of Houston was the perfect location and the courtyard was beautiful for our outdoor morning ceremony,” says the bride. “We chose live music and had a small intimate wedding. Our girls were the flower girls and only our family and our neighbor family (which is so fitting since that is where we met) attended.” For their reception meal seafood dominated the menu, paying tribute to the bride’s Croatian heritage and the groom’s New Orleans upbringing, where guests dined on crab cakes, Gulf coast snapper, and Banana’s foster. Since their brunch wedding was on Father’s Day, the couple had a variety of wedding favors for their guests including cigars for the men, gift sets for the kids, and jams from Croatia where Anita and her family are from. “It was a series of perfect moments,” says Anita. “Two people who didn’t expect love again were able to find it literally right outside their doors…”

Isn’t their love story the sweetest? We’re so happy to feature this gorgeous Houston couple and share their intimate brunch wedding with y’all. Join us in celebrating their love by scrolling through these beautiful images from Blanca Duran. Congratulations, Anita & Bill!

END_OF_DOCUMENT_TOKEN_TO_BE_REPLACED

Though they met many years ago through mutual friends, back then, “The timing just wasn’t right,” says Kevin’s future bride, Julie.

“I was still in school, and long distance relationships can be difficult, so we remained friends for a couple years, hanging out with friends when I would come back to Houston.” Then one fateful day, Kevin asked Julie out on their first real date. “I thought, ‘He is so handsome, and I already know he is such a wonderful guy,’ so I said, ‘Yes.'” Fast-forward to a surprise midweek vacation to Galveston, which found the couple enjoying cocktails at the romantic rooftop bar of The Tremont House. I thought, “‘Oh my gosh, is he going to propose??'” Julie recounts. “But it didn’t happen.” The next morning, as the couple was leaving their hotel, “We walked down to the front of the hotel overlooking the beach…and right up to an arrangement with a bunch of photos of us, flowers, and a sign that read, ‘Marry me.’ I was in shock! I had no idea what was happening at first, he had caught me so off guard.” While planning their wedding, both Julie and Kevin, along with the rest of the city of Houston, were caught off guard by a much less pleasant surprise: Hurricane Harvey. END_OF_DOCUMENT_TOKEN_TO_BE_REPLACED

Lauren and Steve truly believe that fate brought them together. “I met Steve on his first night in Houston after graduation. He was having a housewarming party, and I was invited through his roommates. As soon as I arrived, I noticed Steve and how attractive he was! He was the DJ for the night, and I told him how much I loved his music and how I wanted to add him on Facebook so I could add his Spotify music account,” says Lauren…admitting that she really just needed an excuse to continue talking to him.

After exchanging messages, Steve asked Lauren out on a date. “I was having a procedure the next day, but I was so excited that he asked me out, I couldn’t say no,” Lauren adds. “He took me out to dinner but I couldn’t eat, so he didn’t eat either. [Awww] We just had water and tea, and talked for hours! I knew right then that he was the kind of guy I wanted to end up with,” she says. 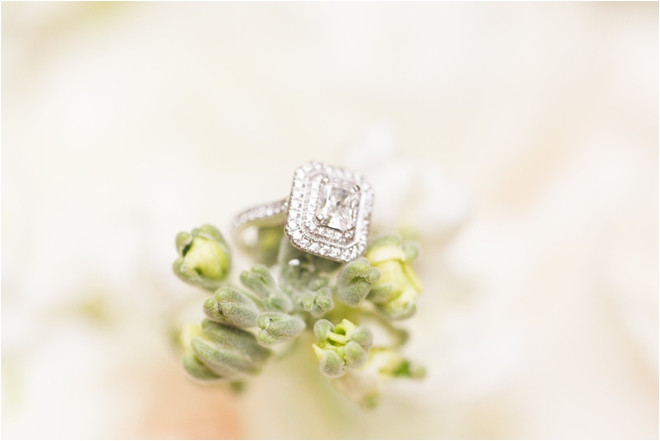 For his marriage proposal, Steve made the occasion seem like a normal date night to Lauren. “He told me that he was taking me out for a nice dinner, which was not uncommon,” she recounts. The plan was to dine at the top of the highest building in downtown Houston. “I got all dressed up in my new dress that Steve bought for me a few days before. When we arrived at the top of the JP Morgan Chase Tower, it was then I noticed the candles that were surrounding us. Steve said so many sweet things, most of which I will never remember because I was so excited, and dropped to one knee,” she says. But that wasn’t the end of the surprise—Steve had arranged for Lauren’s family and friends to be at the actual dinner location to celebrate! 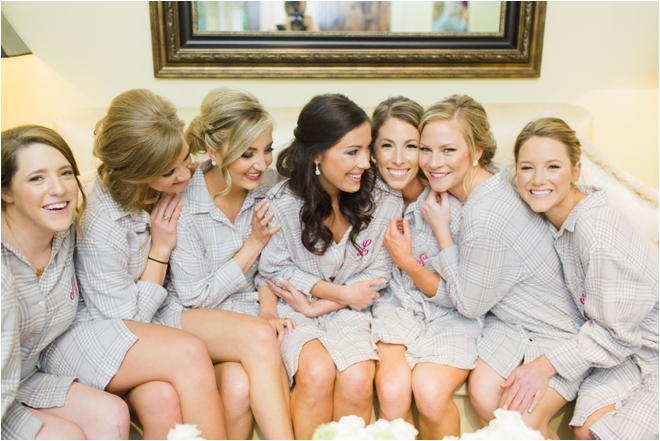 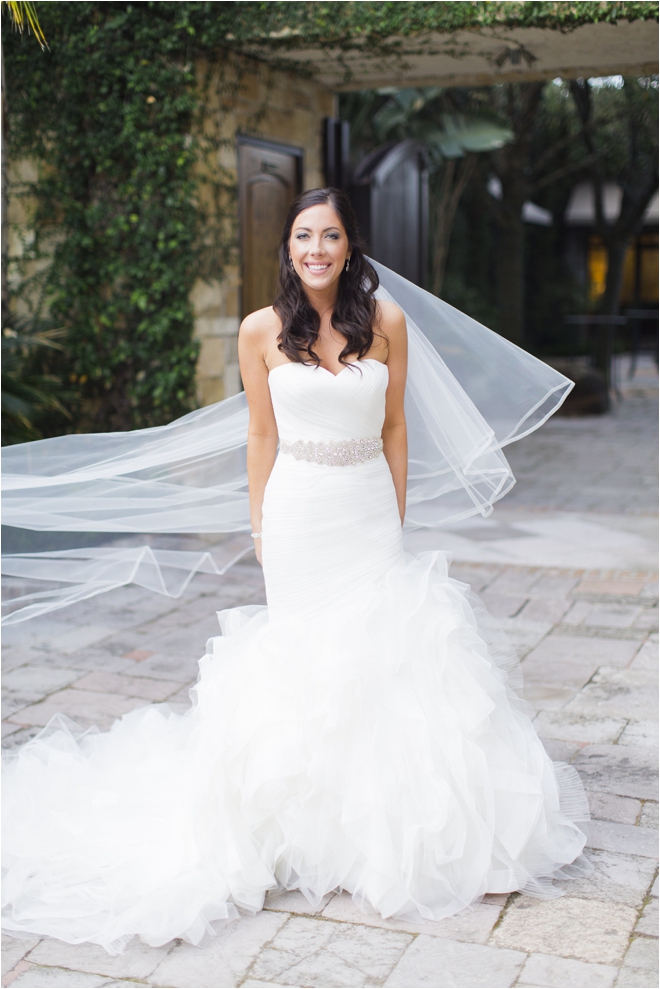 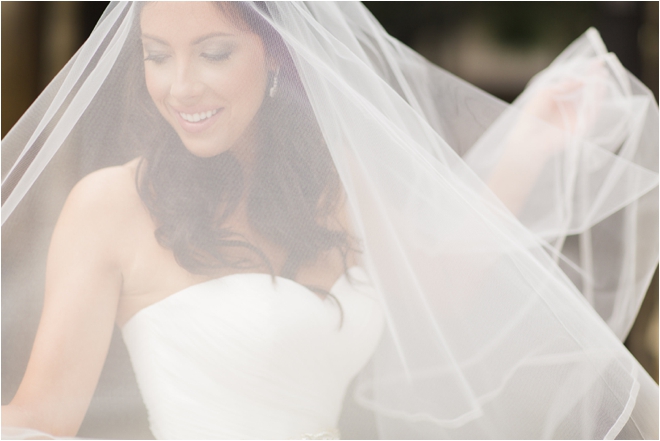 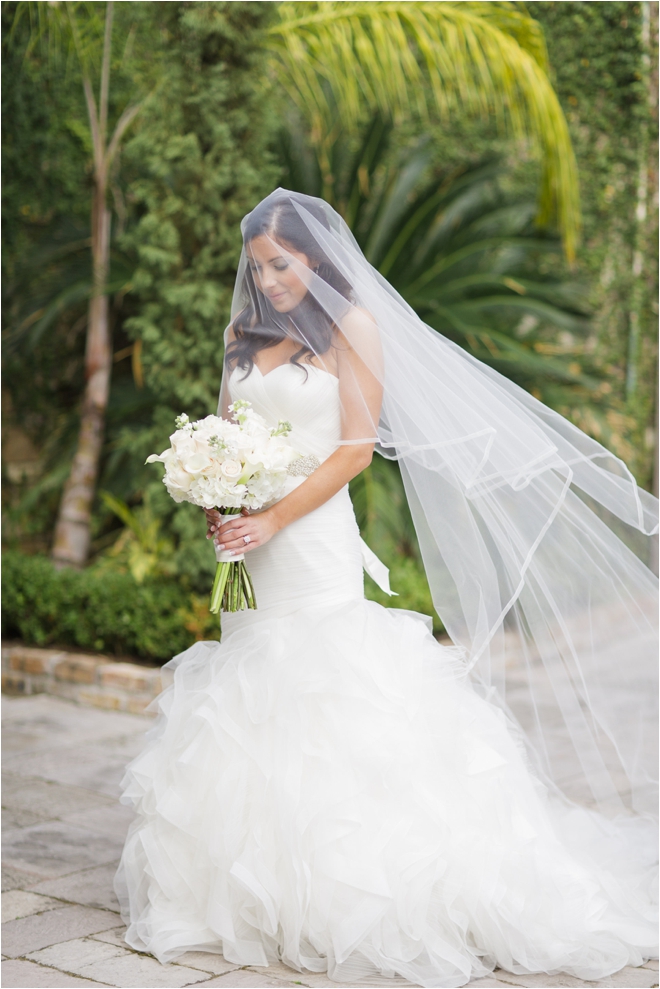 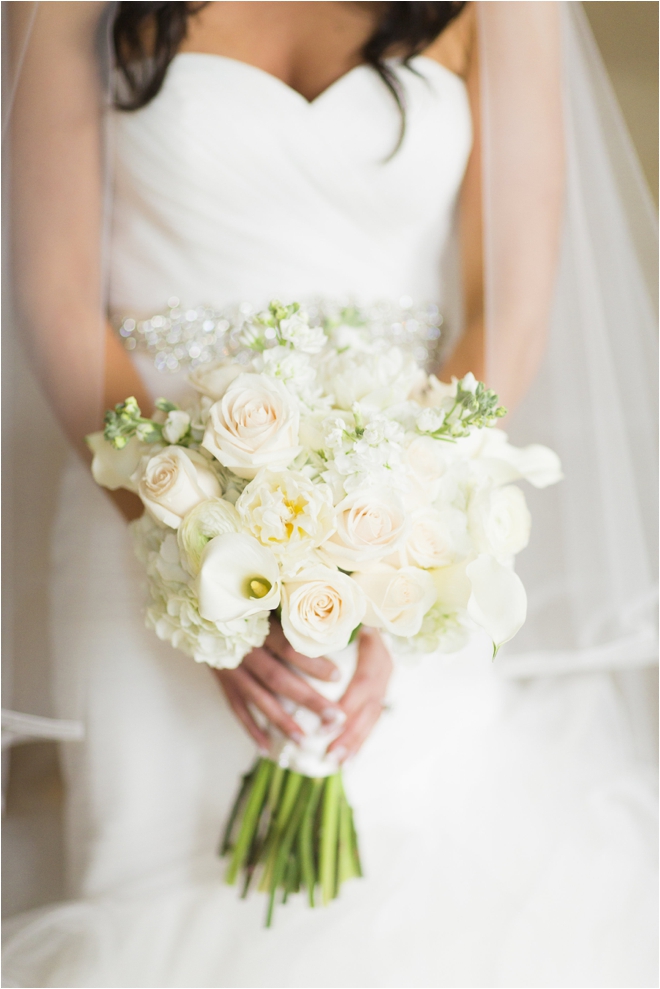 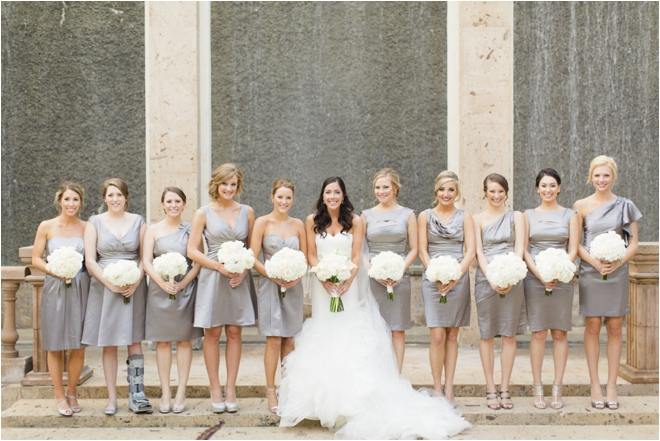 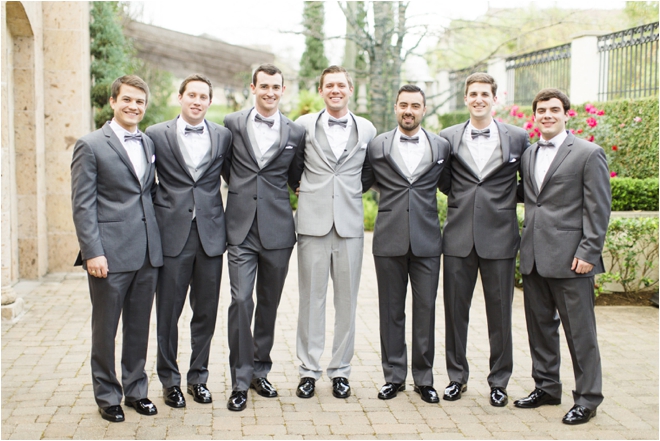 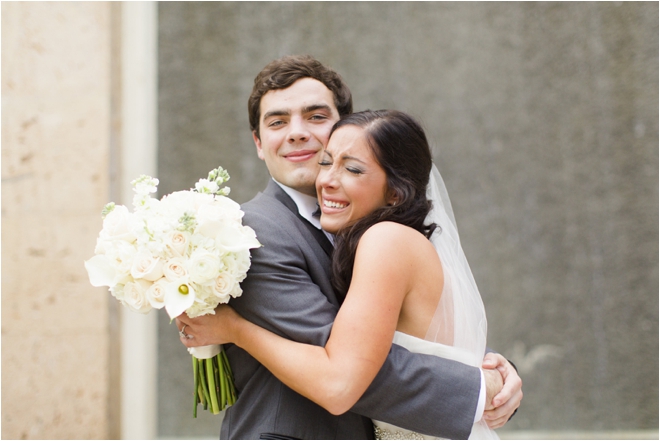 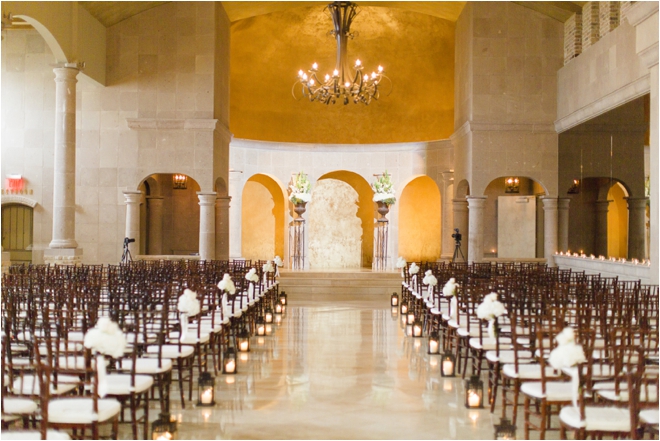 “Our wedding day was everything I had dreamed of since I was a child. I got to marry the love of my life with my best friends by my side,” Lauren says. Favorite moment? “When all of my stress and craziness vanished as the doors of The Bell Tower on 34th chapel opened and I got to see my husband for the first time, wiping tears from his eyes,” she adds. 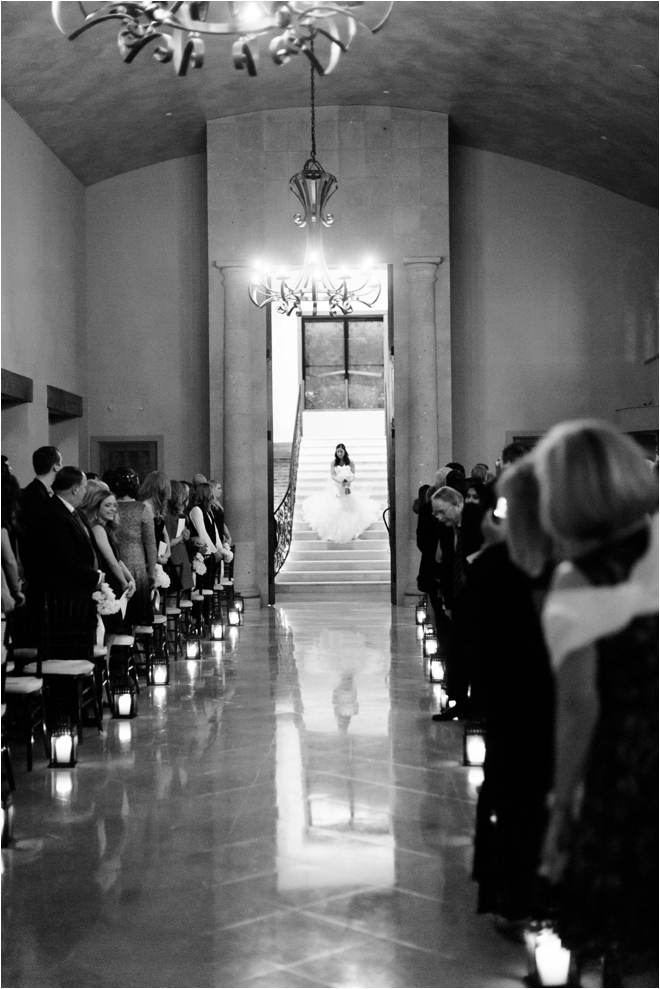 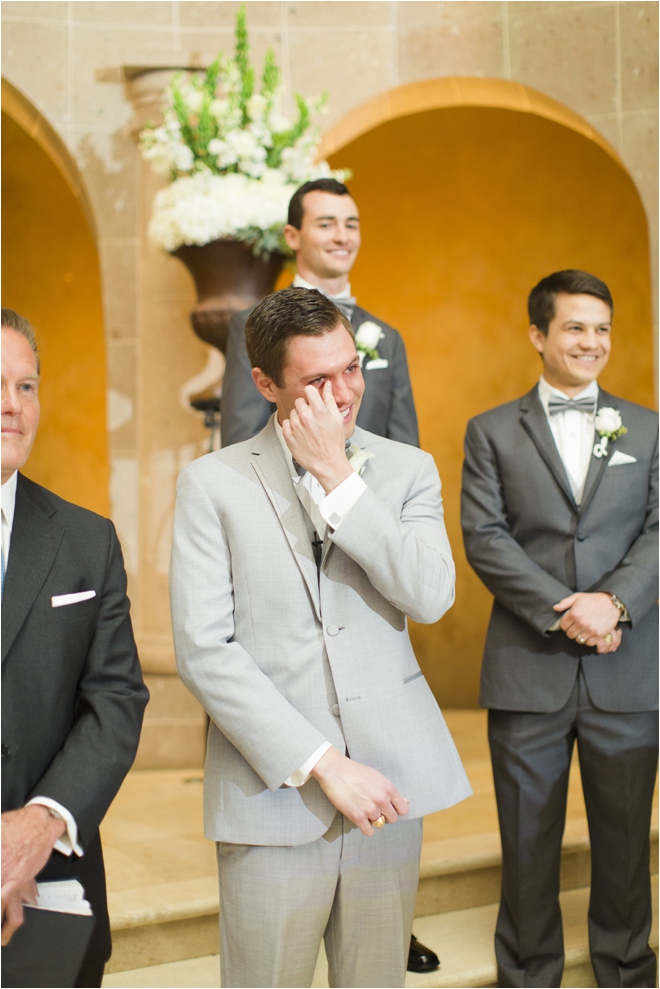 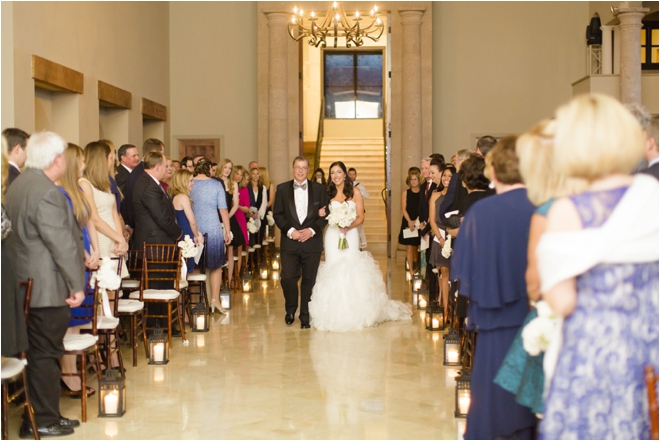 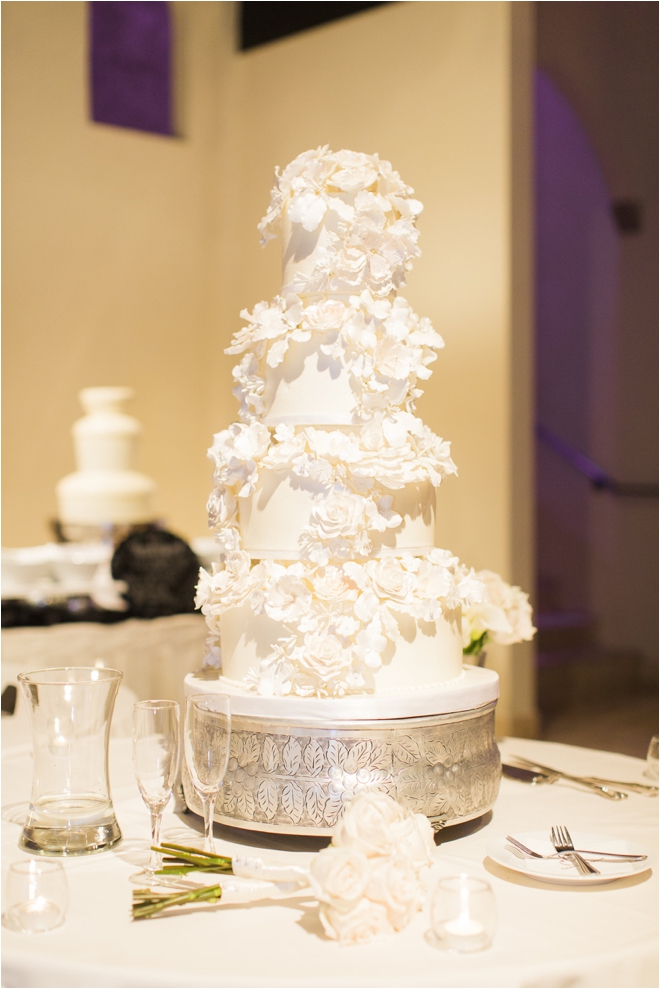 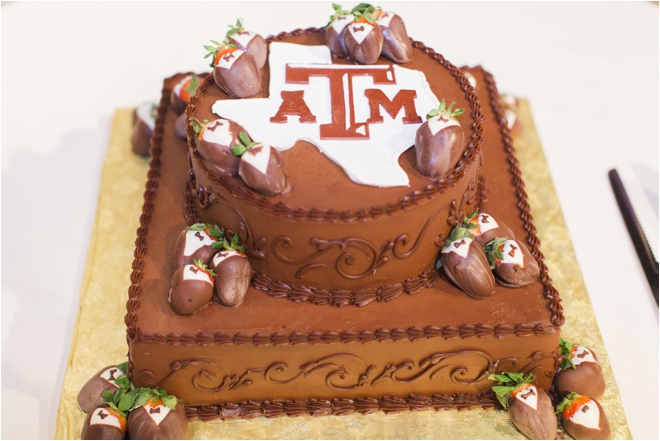 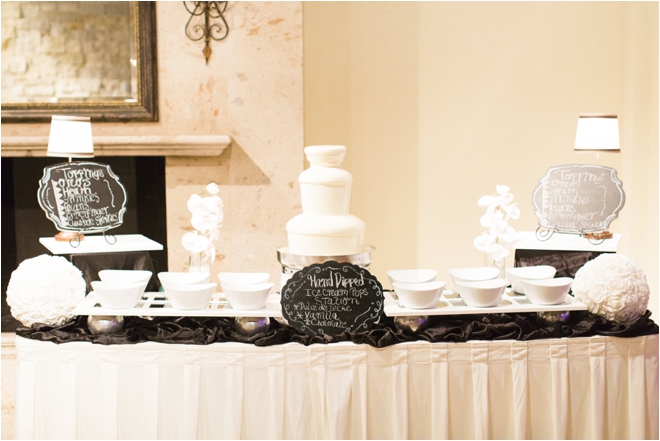 We couldn’t help but fall in love with their love story and wedding photos. Congrats and best wishes to the newlyweds! 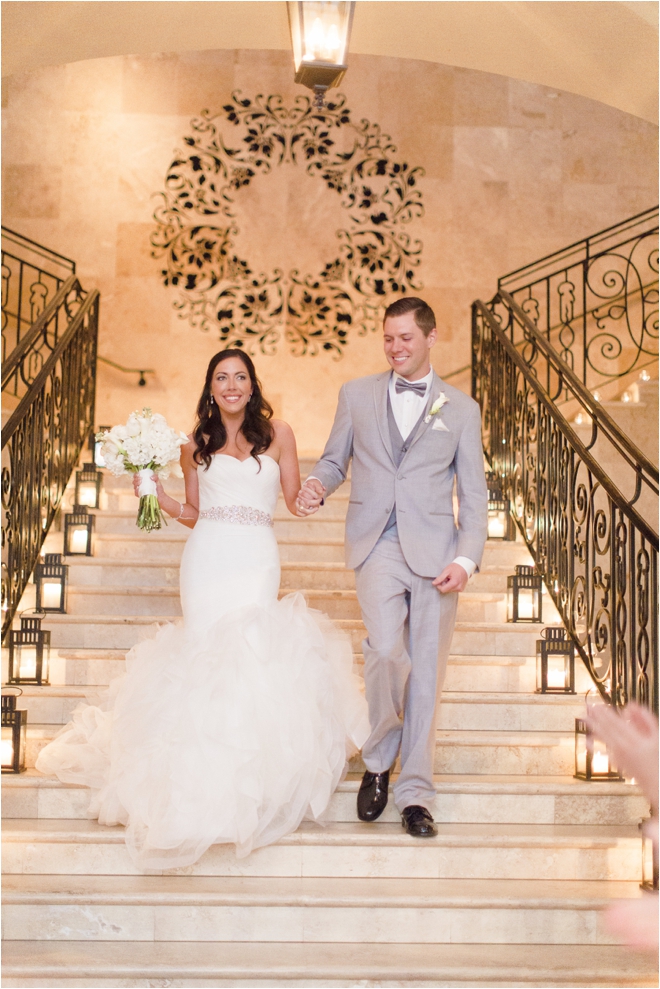 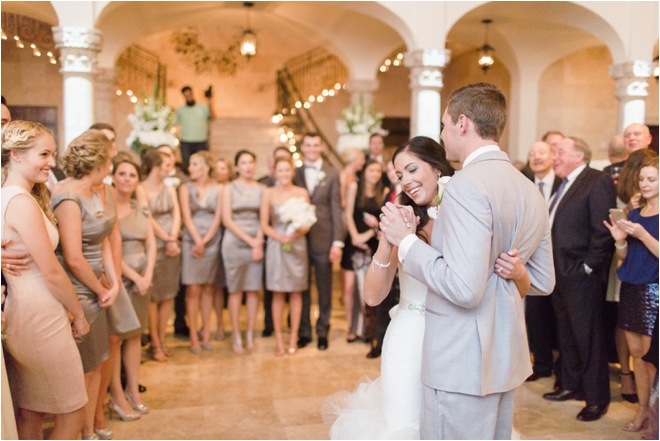 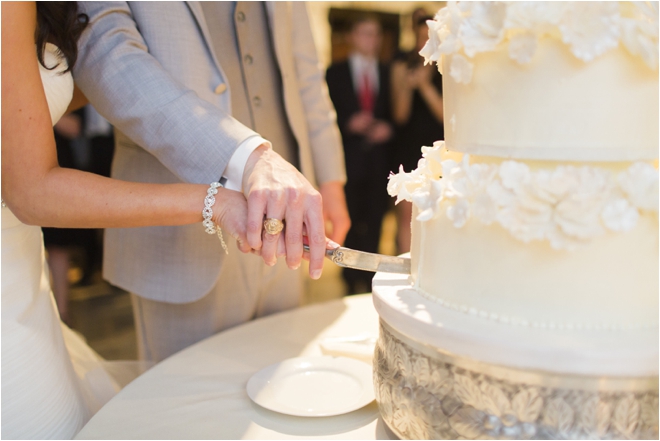 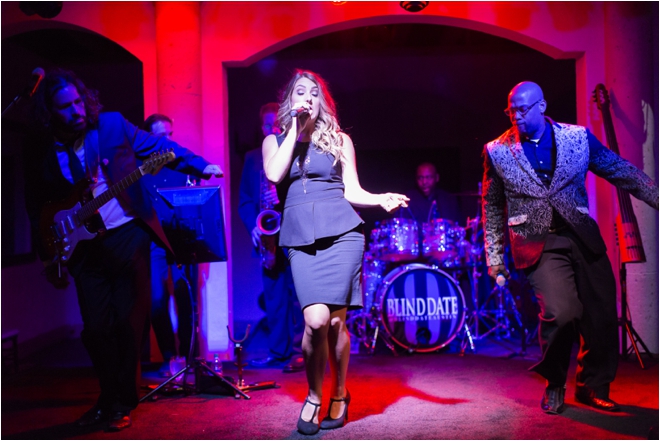 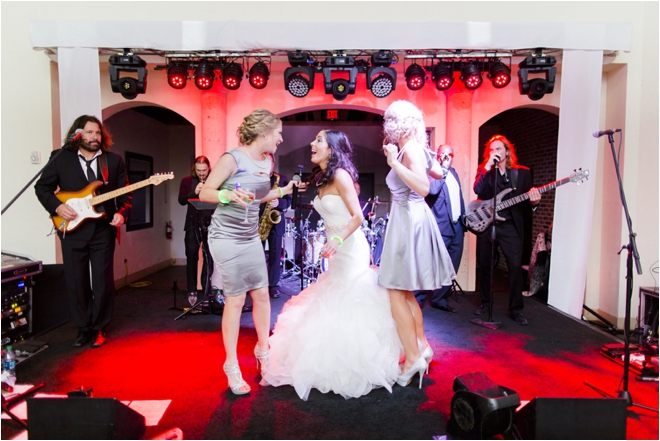 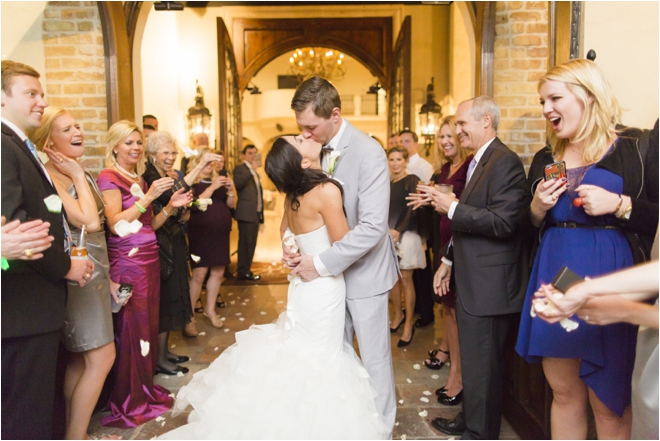