Katie and Garrett’s story began when Katie’s parents moved to Pearland, TX. As fate would have it, Katie moved into the house behind Garrett in middle school, ultimately leading to dating in high school and staying together while attending Texas A&M. Katie told her family that she would marry him only weeks into dating Garrett.

The couple’s love story continued with a romantic proposal. “He told me we were leaving early to stop at the Houstonian for some drinks beforehand. Little did I know he was going to walk me underneath the beautifully lit oak tree in front of the hotel and get down on one knee. It was so romantic, and to top it off, our friends and family were waiting for us for a surprise birthday/engagement celebration,” Katie says.

After eight years of dating, the high school sweethearts said “I do” on March 4th, 2022, at an elegant Houston ballroom. Katie and Garrett included luxury in every detail, beginning with an elegant black and gold invitation suite from Bering’s. Katie says, “We poured our heart into making sure a single detail didn’t go missed as well as incorporating sentimental items for us. We used my grandparent’s cake knife, I wore her cocktail ring, and Garrett had his dad’s handkerchief.”

The most extraordinary moment for Katie and Garrett was during their first dance. “This was a time to look around at everyone in the room and realize not only how beautiful everything turned out but how much we are loved. There were people from every aspect of our life that came together for one night to celebrate our love and unity,” Katie says.

Live painter, Rendered Moments captured the romance of the celebration. After the night ended, the newlyweds jetted to Aruba for an oceanfront honeymoon.

Scroll on and get inspired by this Houston couple’s sophisticated black-tie wedding. 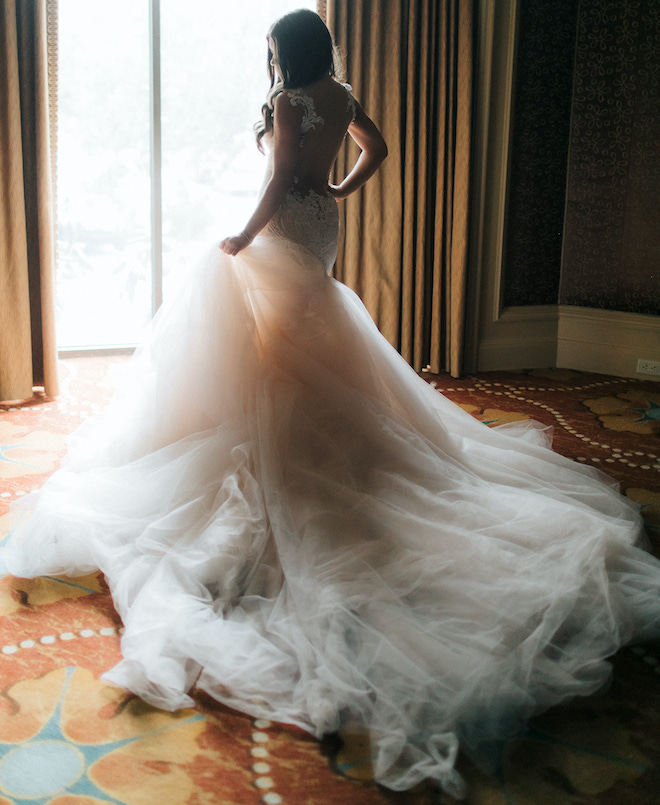 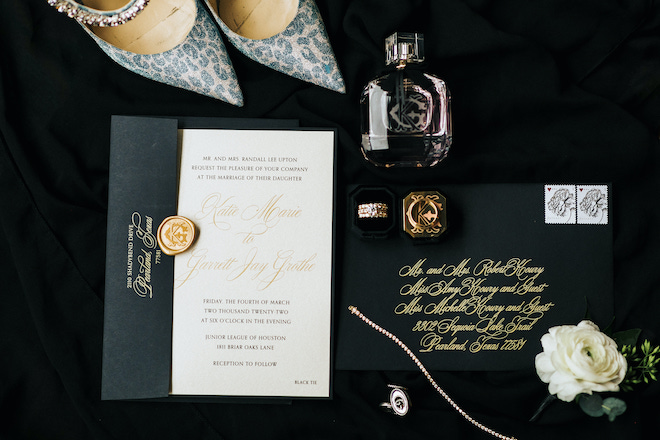 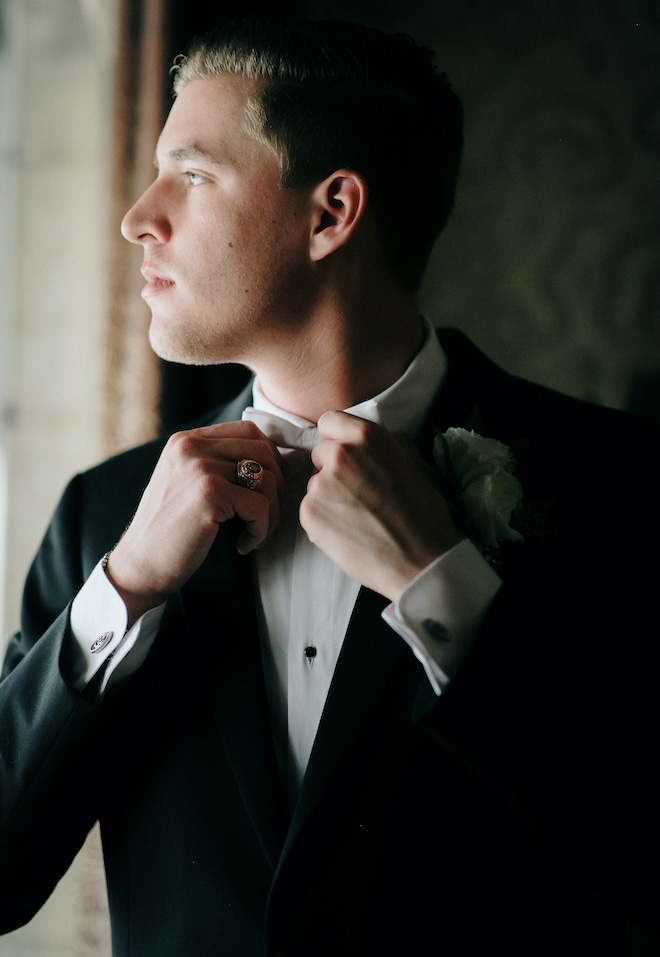 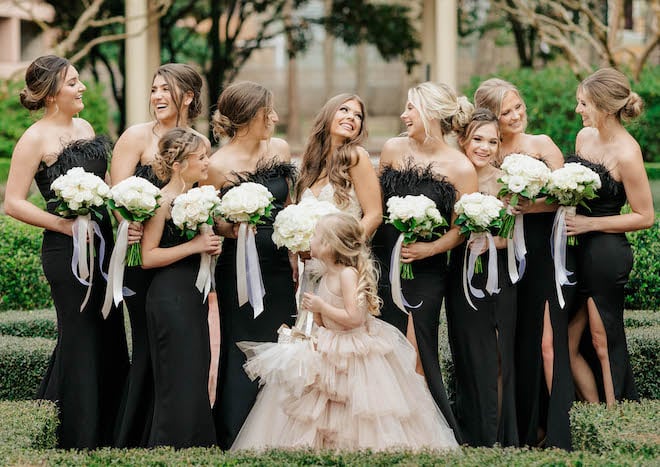 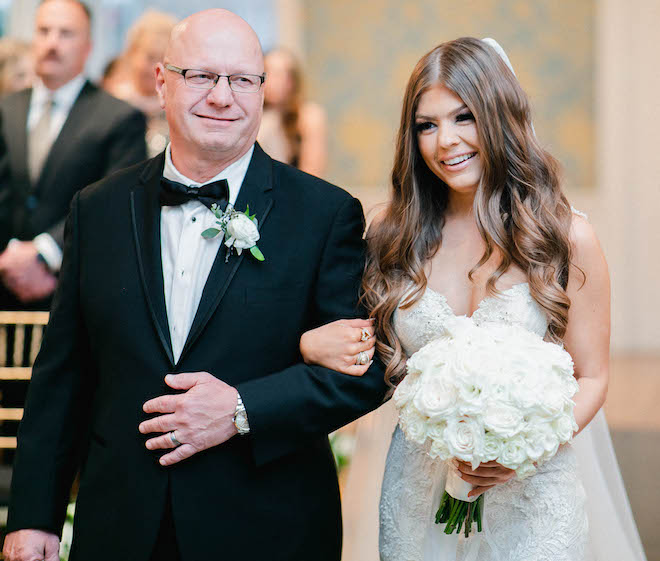 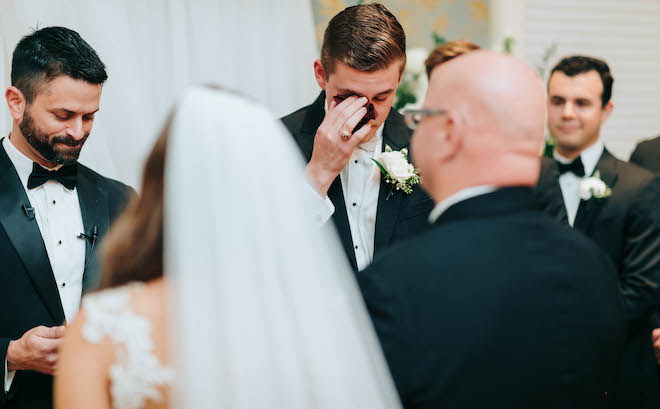 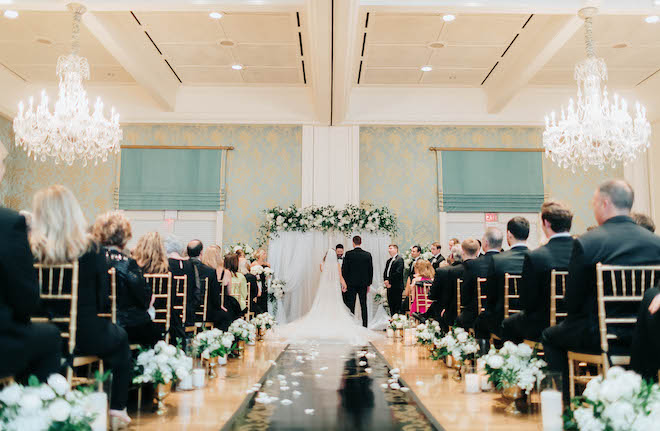 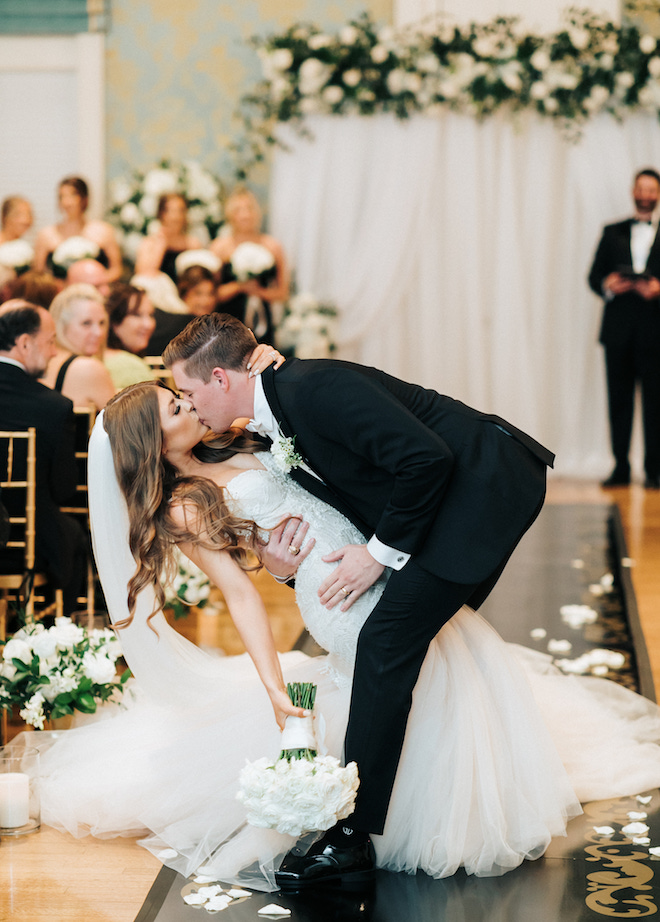 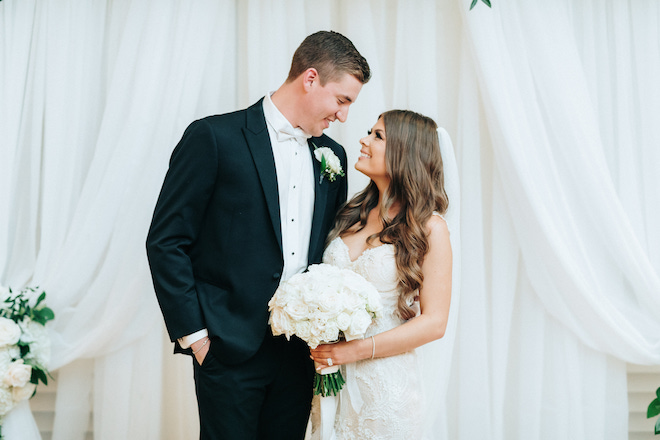 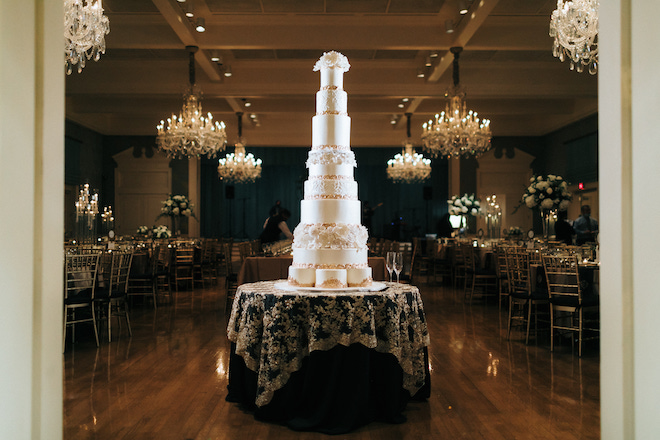 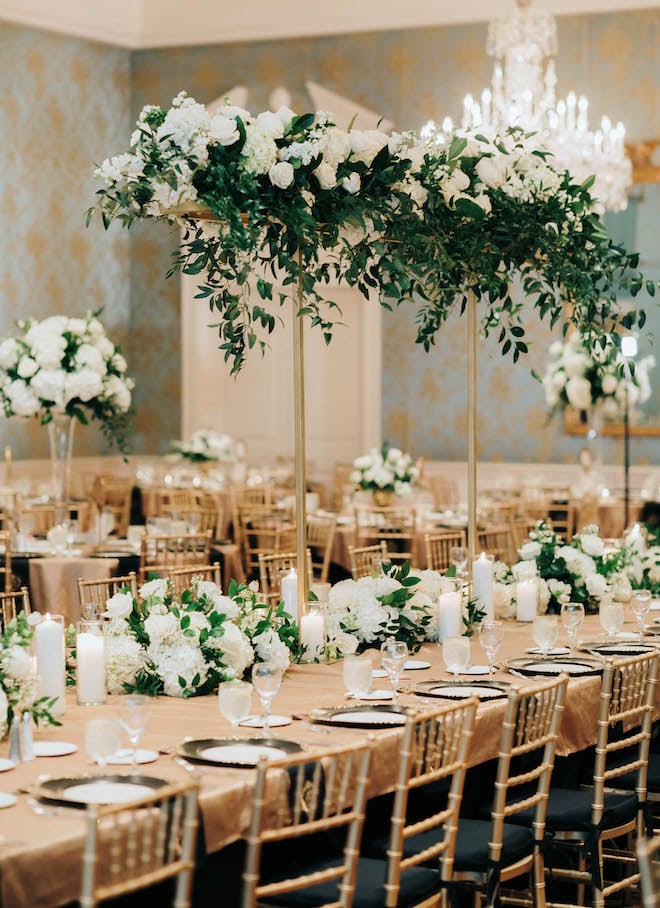 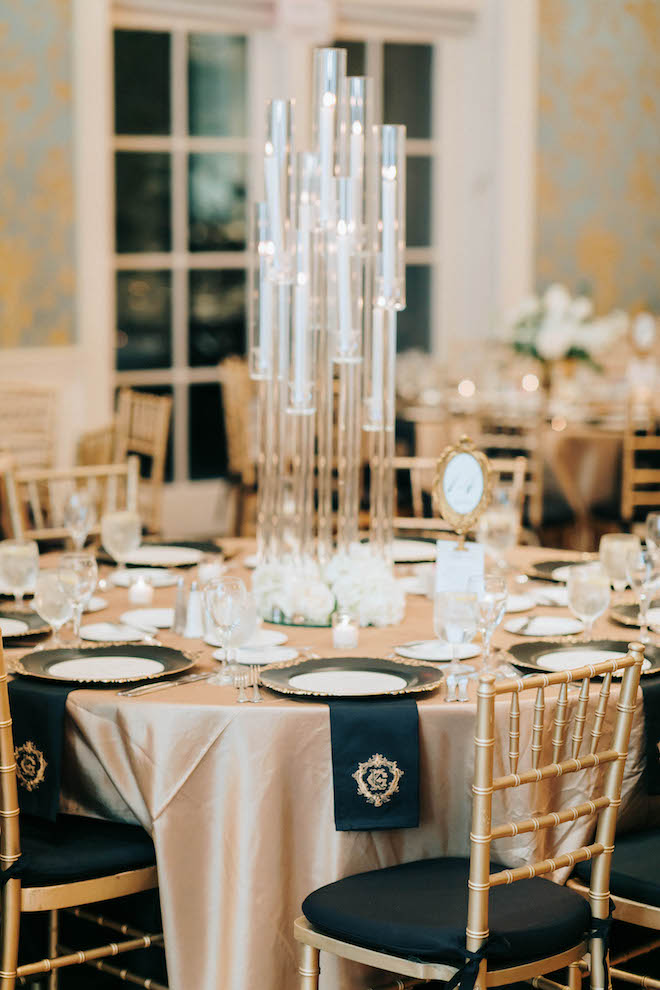 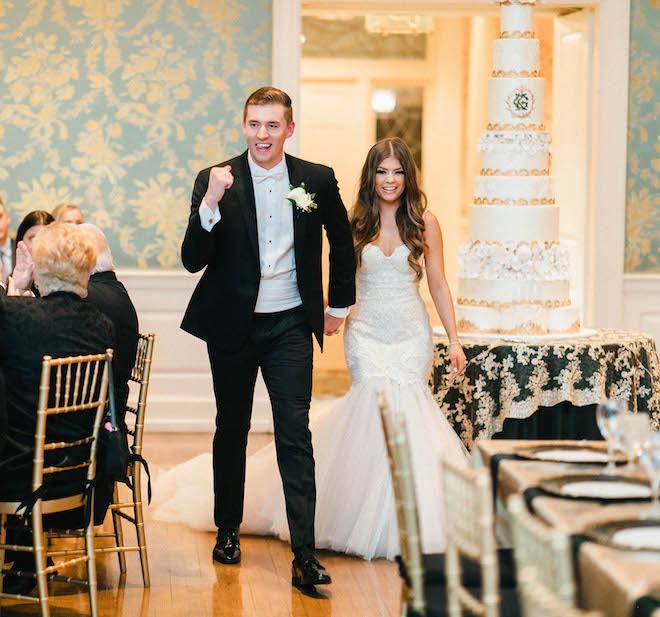 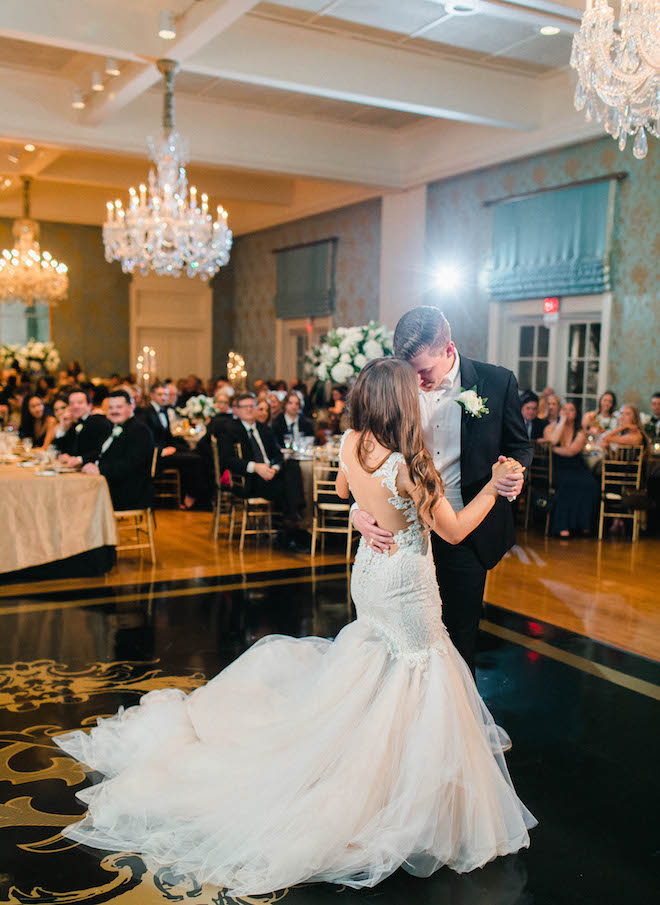 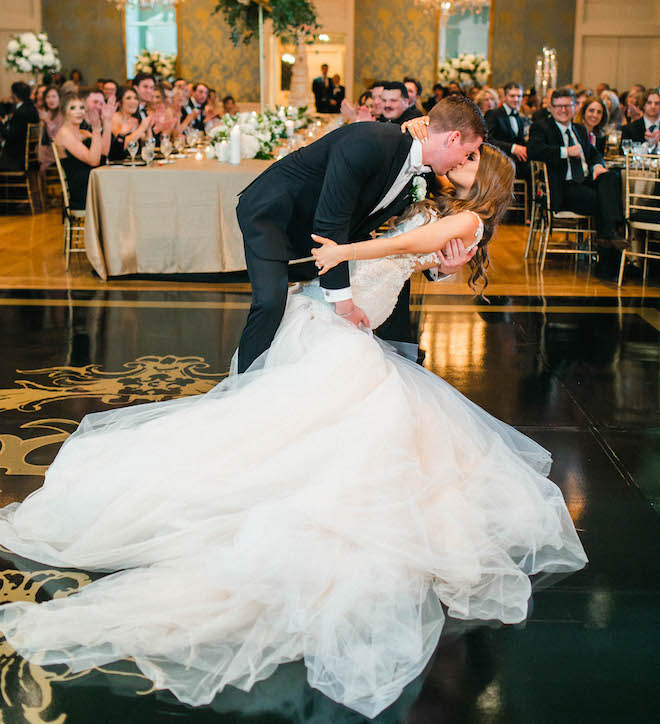 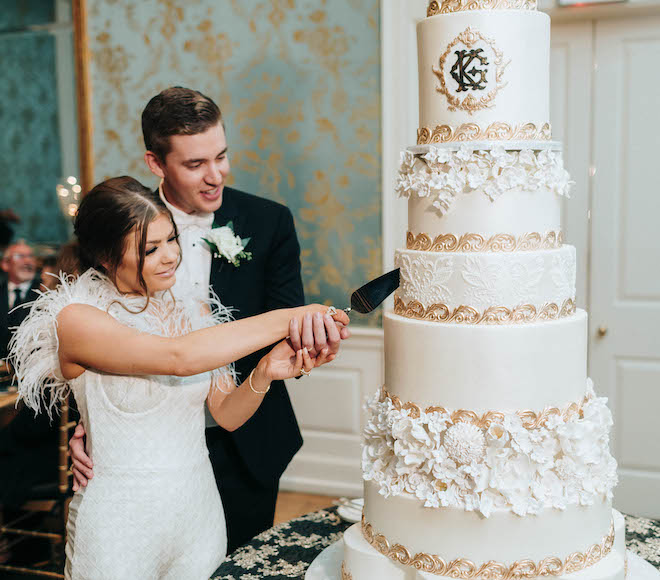 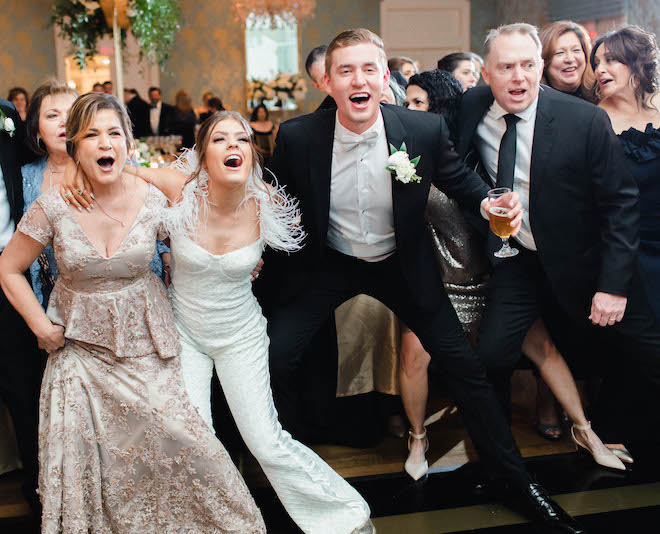 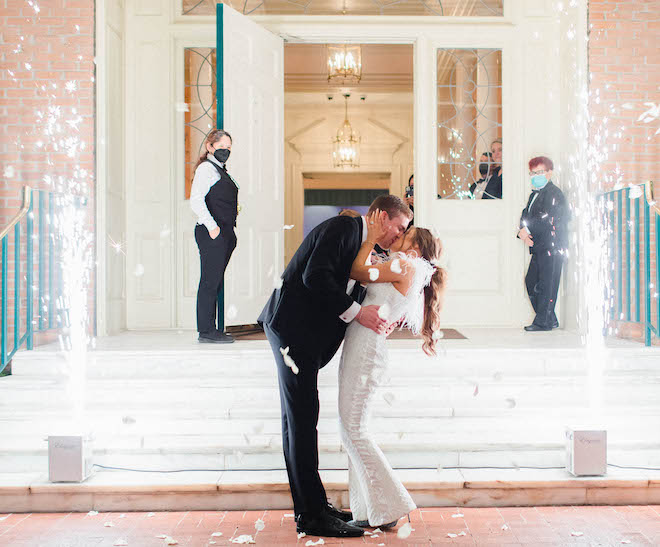 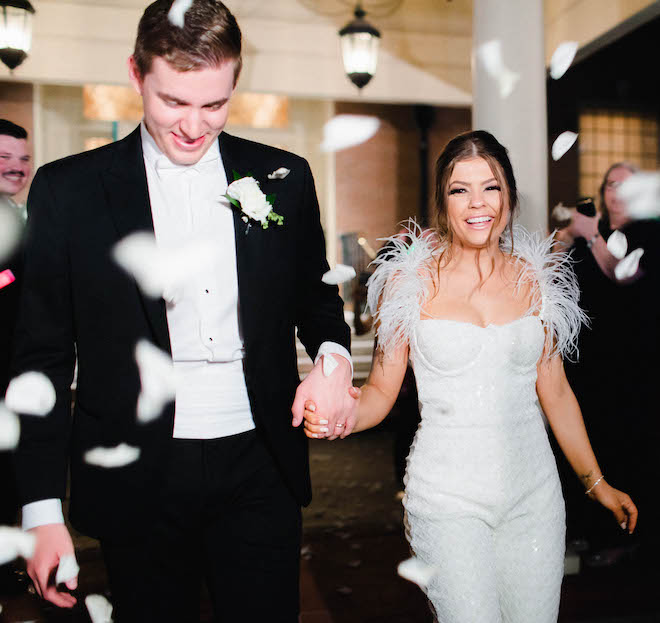