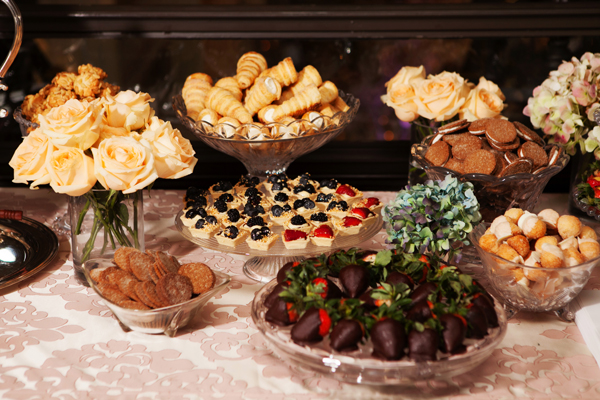 Sure, standard buffets and plated dinners are perfectly appropriate options for nourishing reception guests. But there’s nothing like an interactive food station to get guests up, mingling and “mmm”-ing. Chris Nguyen, owner of Café Natalie Catering, says, “If you’re going to go the stations route, it’s all about customization.” In other words, the sky’s the limit on creativity, and just about any kind of food can be on the menu.

Some of the most popular wedding reception stations feature foods that the bride and groom have loved their entire lives, but with a special-occasion twist.

Priscilla Walker of Hotel ZaZa says their fantastic macaroni-and-cheese station features pasta with a variety of cheeses and gourmet toppings, such as bacon and caramelized onion—even fried chicken and crab!

And believe it or not, whipped- or mashed-potato bars are still extremely popular, even for high-end receptions. Choices at Hotel ZaZa include Idaho, red-skinned and sweet potatoes. Cheese, gravy and scallions are just a few of the toppings available for savory potato varieties, while diners love topping their sweet potatoes with marshmallows and candied pecans.

Nguyen says one of his brides loved grilled cheese sandwiches made with Kraft singles, accompanied by tomato soup, so his team created a station with three types of grilled cheese served with accompanying soup shooters. They used sophisticated breads for the sandwiches, including sun-dried-tomato brioche and Gruyere-pesto baguette, while the soup choices included split-pea soup, boar chili, and the requisite tomato—in this case, a scratch-made version, not Campbell’s.

Burgers are another childhood favorite that people don’t stop loving as they enter adulthood, and the mini-versions—sliders—are a natural choice for reception stations. But don’t limit your burgers to plain old ground chuck; instead, look to other cultures and ethnic food traditions for inspiration. Nguyen points out that crispy Japanese chicken karaage, and Southern-inspired crab cakes, make great, outside-the-box burger options. The french fries served alongside them can be creative, too. “We’ve done sweet potato with curry ketchup, Parmesan-truffle shoestring potatoes and potato wedges with garlic salt and cheese dip,” he says.

The recent food-truck craze has led to the rise of Mexican street food stations that offer items such as elote (Mexican-style corn) and ever-popular tacos. For a taco station, Hotel ZaZa’s Walker says that guests can customize their experience with different tortillas and a variety of meats, such as pork, chicken and beef fajita.

Baja-style fish tacos are a delicious option as well, according to Nguyen. Guacamole, queso fresco, sour cream and cilantro are just a few toppings guests can use to customize their creations.

Jeana Auger, private events director for The Houston Club, notes that the club’s popular elote station features grilled corn-on-the-cob. A chef manning the station slices the kernels off the cob right in front of guests, then garnishes a bowlful with traditional toppings, including a little mayonnaise, crumbles of cotija cheese and Tajín—the ubiquitous Mexican spicy-tart seasoning.

Rebecca Payne, senior catering manager for the Hilton Americas Houston, says even professionals want street food for their own weddings. “I did a wedding for a wedding planner that I work with regularly. For her wedding, she wanted individual pizza stations and build-your-own-slider stations. It wasn’t a buffet or plated dinner. Just individual stations with very casual but heavy food.”

Andit’s not just food-truck-influenced stations that are suddenly popular. Sometimes actual food trucks can be part of the experience. “Younger brides, especially, really want something different,” said Mary Alice Falcon of the Downtown Aquarium, which can park a custom food truck outside the building to serve guests take-home bites as they leave.

Mobile stations are the ultimate convenience for guests. Instead of guests having to go to a table, the food is brought directly to them. Auger says The Houston Club’s rolling station is actually built around a server. “She’s literally part of the table and just walks around. It’s really cool—a final showstopper at the end of the night.” The mobile station is ideal for desserts and can also be used at the beginning of the reception for hors d’oeuvre. A female server might also wear a special dress with glasses of Champagne attached. “You can walk up and just pull a glass off of her. It’s something really different and fun,” she notes.

Café Natalie Catering has a taco cart that can be pushed around the reception, for tacos made to order right in front of each guest. “You can also do that with a slider concept, and on the Asian side, we’ve done it with noodles. We’ll have a hot pot of broth, some meat and egg noodles for Chinese, or pho noodles for Vietnamese.”

Stations For Every Culture

Food stations offer an excellent opportunity to represent both the bride’s and groom’s different heritages. Take, for example, when a native Houstonian marries someone from Louisiana. Nguyen says, “There are a lot of Cajuns in Houston, so instead of doing a buffet, we can do a Cajun station with gumbo, catfish and étouffée, and also one that represents ‘Houston food,’ like barbecue.”

Sometimes, a multicultural marriage means marrying cultural foods in one dish, too. Nguyen says one reception for a Hispanic bride and a South Indian man featured chicken tikka masala tacos. Another Indian twist on tacos is using traditional naan instead of a tortilla shell. For a Korean-style taco, bulgolgi could be used as the meat. This kind of incredible flexibility is a big reason why tacos are so popular these days.

After a long evening of dancing and celebrating, guests are likely to become hungry again as the evening wanes. For wee-hours sustenance, Payne loves late-night breakfast stations. “We’re being asked for breakfast items around 11:30 or midnight,” she says. Instead of guests heading out to a local diner to fill up on pancakes, they can indulge in a gourmet breakfast before they leave. “One of our brides was joking that people always leave and head to Whataburger for taquitos, so we’ve been doing those or breakfast sandwiches,” Payne adds.

For those with a late-night sweet tooth, too, Hotel ZaZa offers a s’mores shooter station, while the Downtown Aquarium lays out a dessert shooter bar with tiramisu, white chocolate mousse, dark chocolate mousse, lemonade cheesecake, wild-berry shortcake and caramel-peanut-butter pie.

Doughnuts are also a big hit with guests, according to Auger. “It’s all about how you display them,” she said. “You can get a baker’s rack and some cool hooks and just hang the doughnuts off of there. It’s all about the presentation.”

Star of the Bar

Sometimes even beverage service goes the station route. Whiskey—both Scotch and bourbon—have become hugely popular over the years. Nguyen says, “It is the thing.” He credits chef and television star Anthony Bourdain, along with highly sought-after brands like Pappy Van Winkle, for spurring the trend.

Auger says that The Houston Club has brought in Scotch and bourbon experts to host tasting stations for guests. The experience is not just interesting, it is also educational, as the expert can talk to guests about how the spirits are made and what makes them special.

When distillers or brand representatives are in town, Nguyen will actually try to arrange for them to meet the couple and have a tasting before the reception—an experience the couple will treasure for years to come.

Payne relates the story of a bride who wanted a pineapple juice and tequila cocktail. However, since not everyone likes tequila, Hilton Americas bartenders set up a station with a pineapple juice “mocktail.” If guests wanted tequila added, a bartender was on hand to spike the tangy drink. This is also a great idea for receptions where alcoholic beverages are not part of the bride’s or groom’s culture.

But remember, he adds, while your favorite station foods can be intensely personal, you’ll still want to adjust them for a wide range of guests. Nguyen says he had one couple who both loved hot and spicy dishes. “They just wanted everything as hot as you could get it. So we put up warning signs at the stations going from ‘one chili’ to ‘four chilis.’ We paired them with cocktails to cool down the heat, and the final step of the night was passing out cookies with milk shooters, and ‘adult’ milkshakes.”

Fate agrees that uniformity results in an uninspired celebration menu. “Who hasn’t been to that wedding where the food felt similar to the last three you attended, because that was the ‘safe’ choice to make for the masses?” With all of the delightful, creative options available for receptions, there’s never a good reason for food station offerings to be anything but utterly delicious. 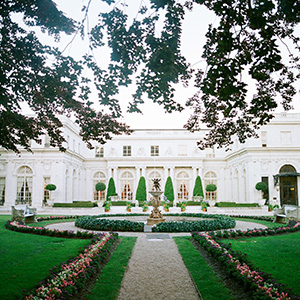 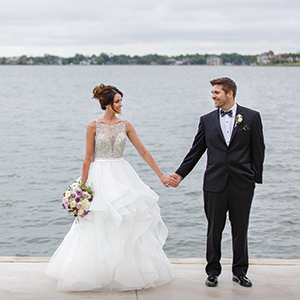 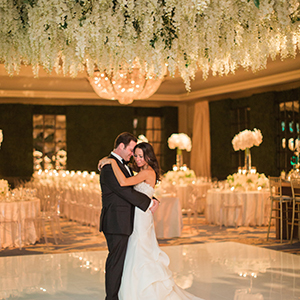 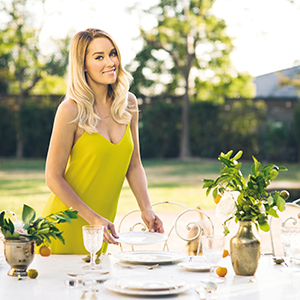