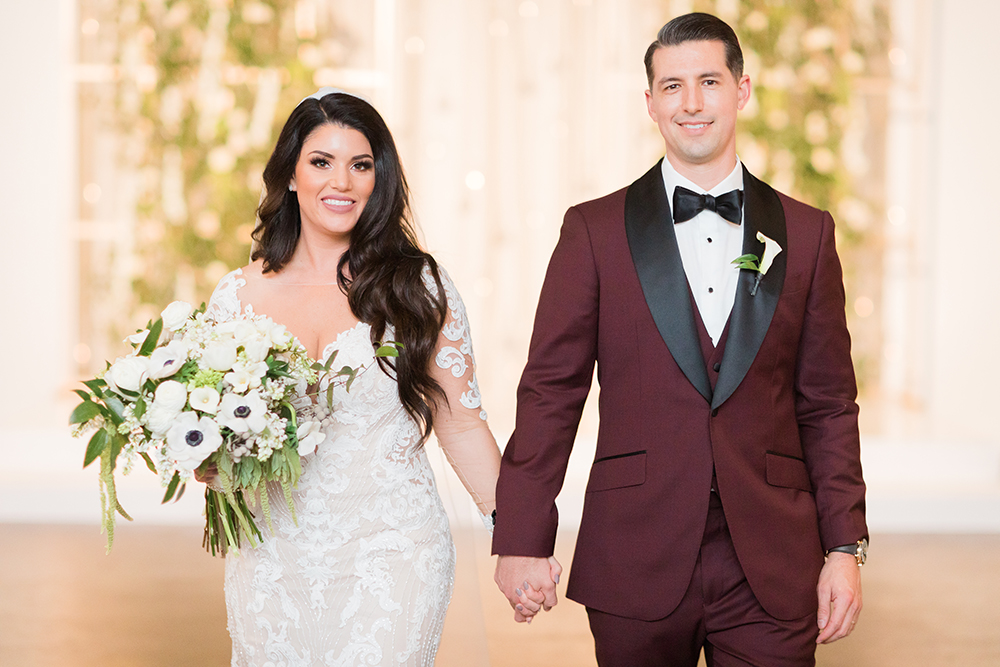 Though they met through mutual friends years ago, it took a while for Ashton and Zach to end up together. First, they were dating other people. Then Ashton ignored Zach when he reached out to her on a dating app. Then, finally, in 2015, Zach figured he'd give it one last try…and it worked! "I didn't ignore him this time…and the rest is history," recounts Ashton. Fast-track to their three-year dating anniversary: After a romantic dinner, Zach surprised Ashton at their home with candles, flowers, the news that he'd be taking her to Napa Valley for her birthday, oh… and a proposal! Their wedding had a "garden chic" vibe, featuring lush greenery, white flowers, metallic decor and warm lighting, notes Ashton, a wedding coordinator for Houston wedding venue The Bell Tower on 34th. A six-tier white-and-gold cake from Cakes By Gina, donuts and late-night boozy milkshakes kept the crowd fueled for dancing to beloved Houston band Danny Ray And The Acoustic Production. "Our all-time favorite moment had to do with our band! All of the horn and guitar players came down on the dance floor to play. They were standing on chairs, right in the middle of the party," Ashton says. "It was so awesome!" 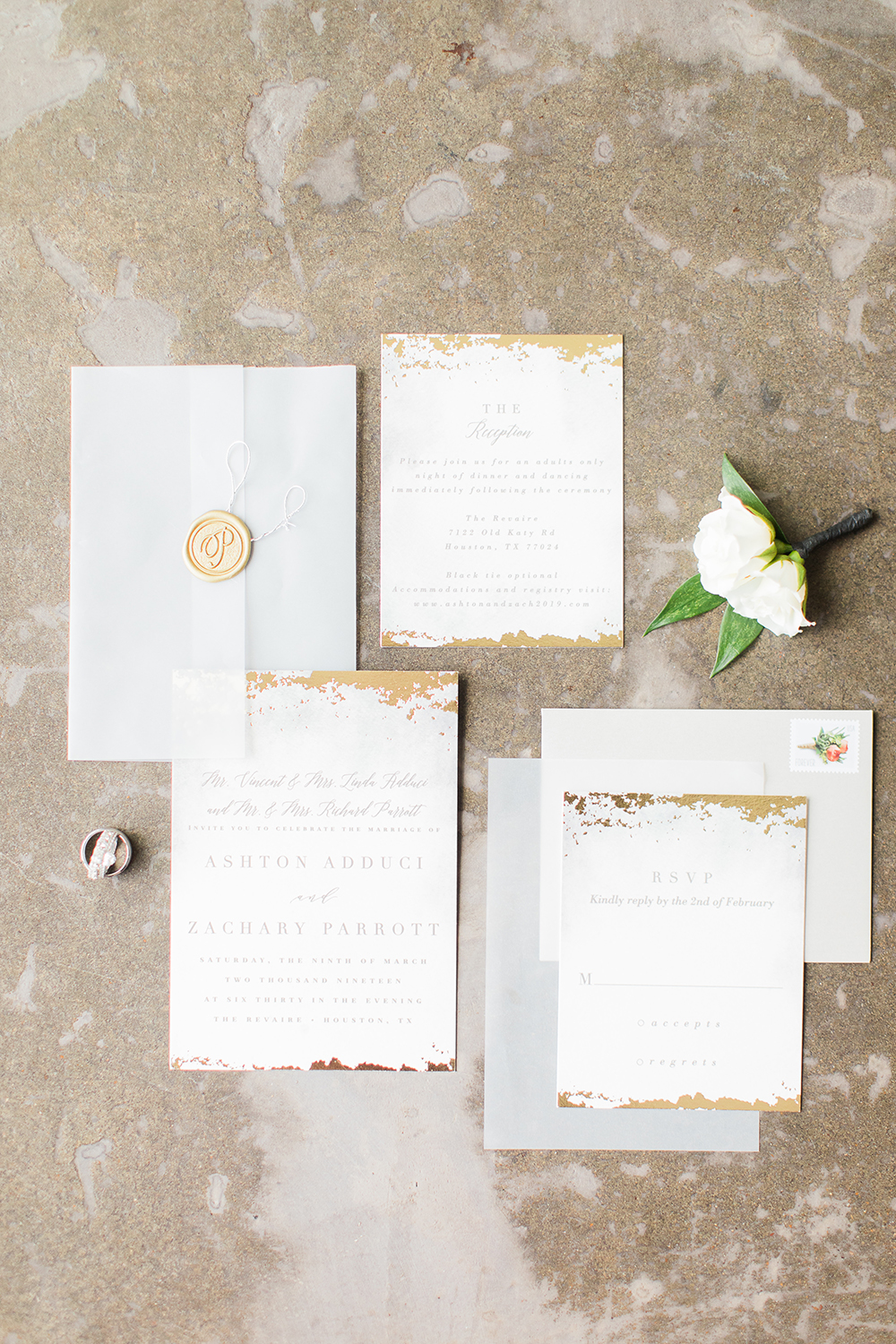 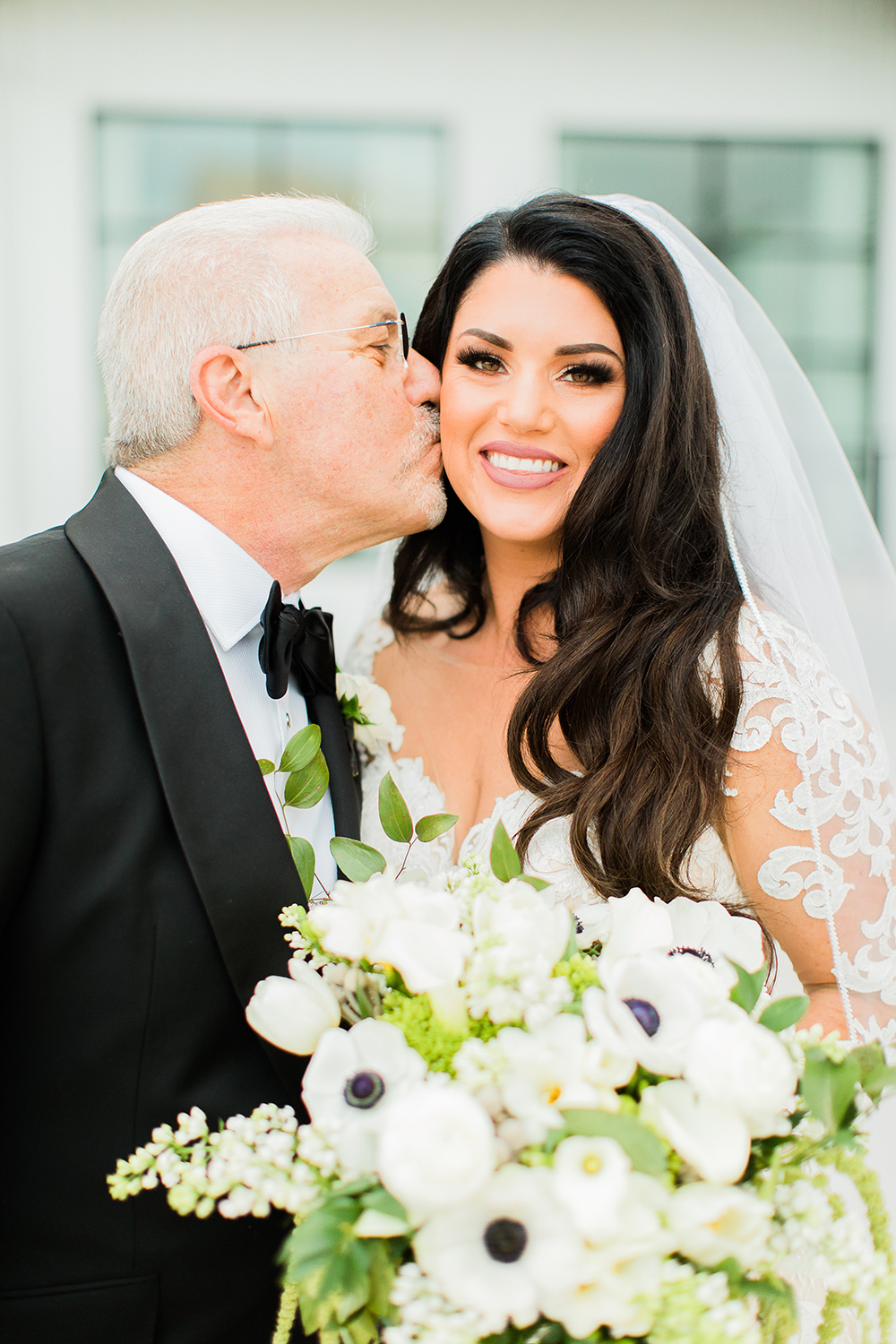 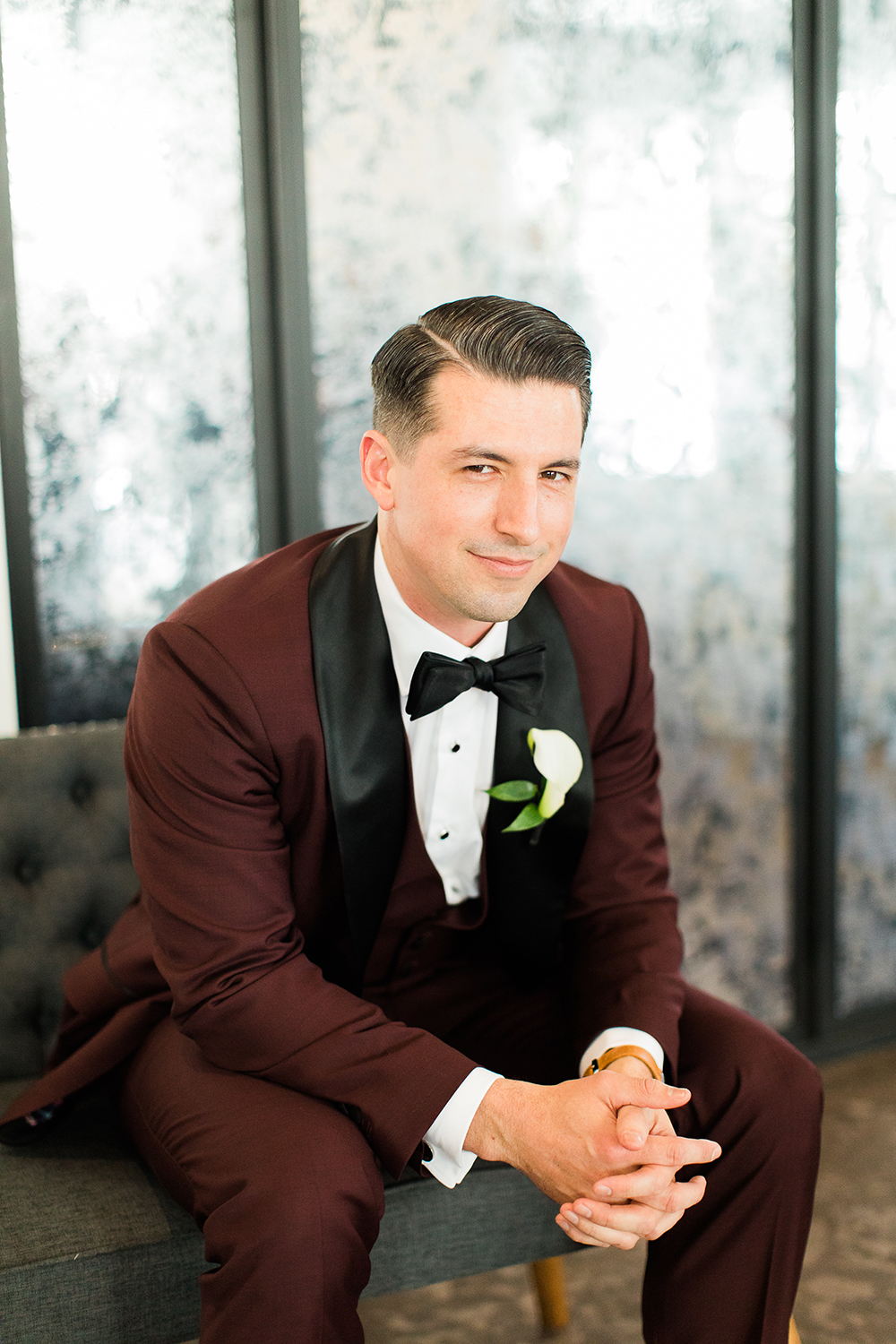 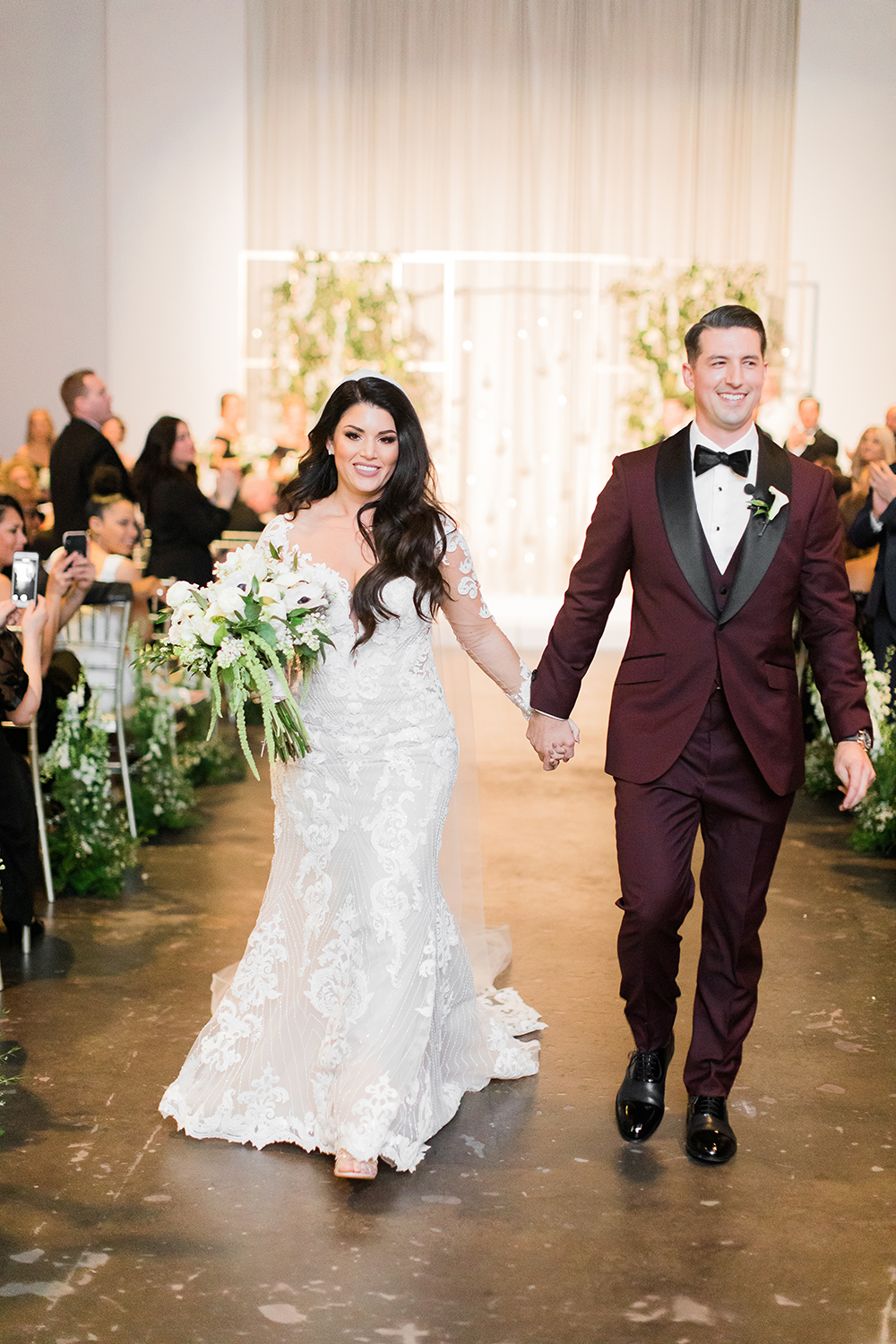 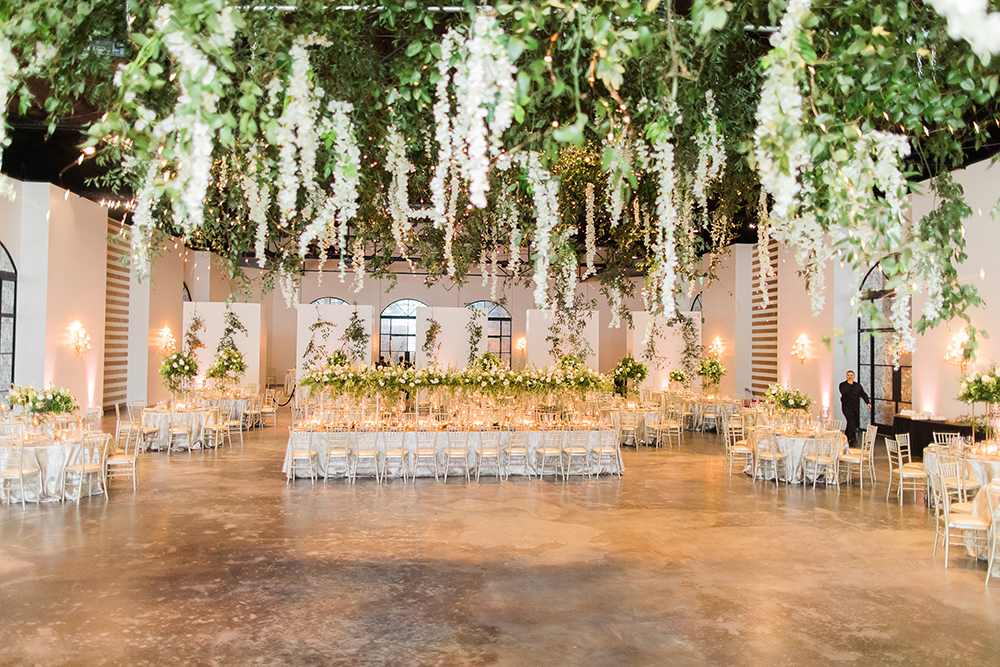 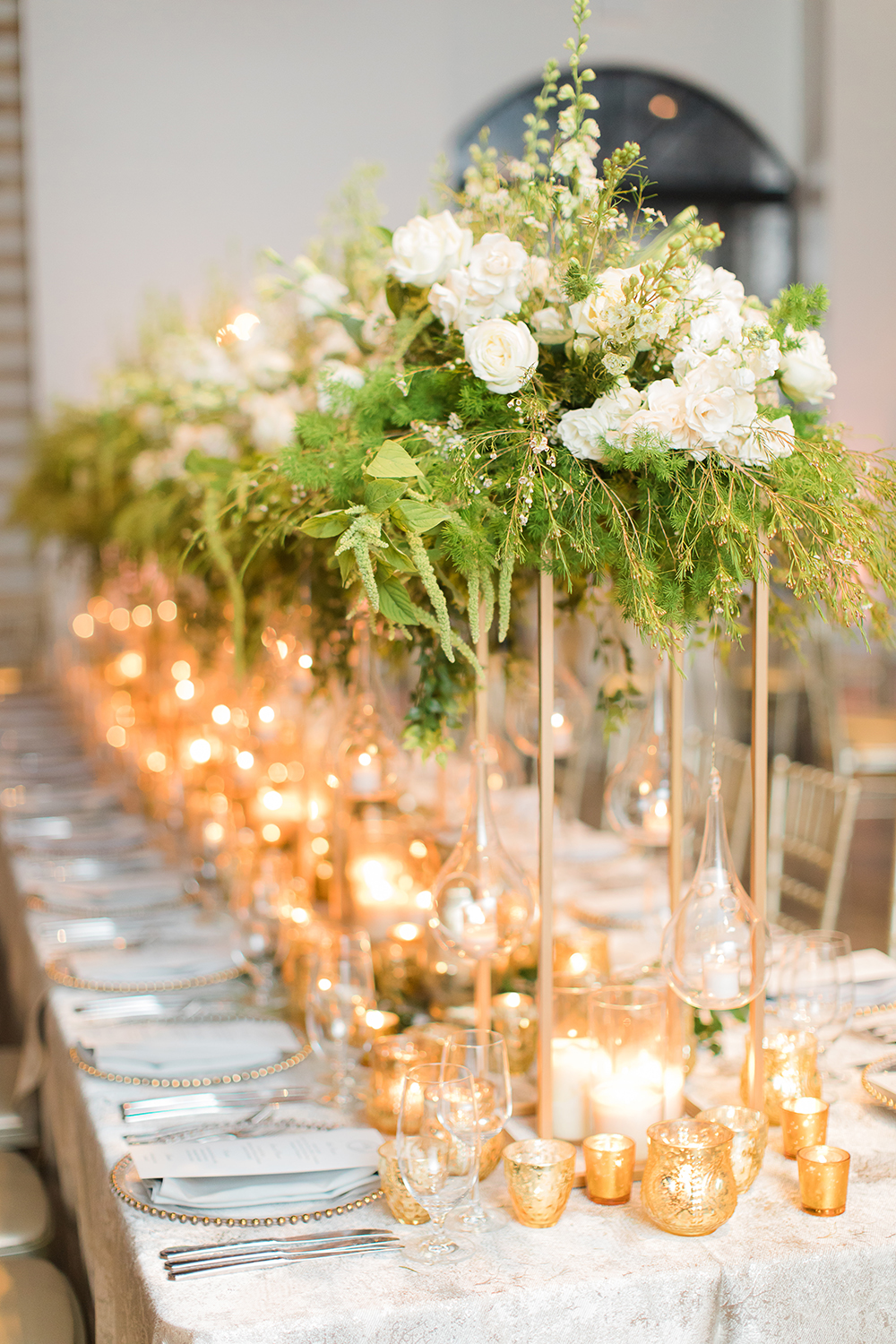 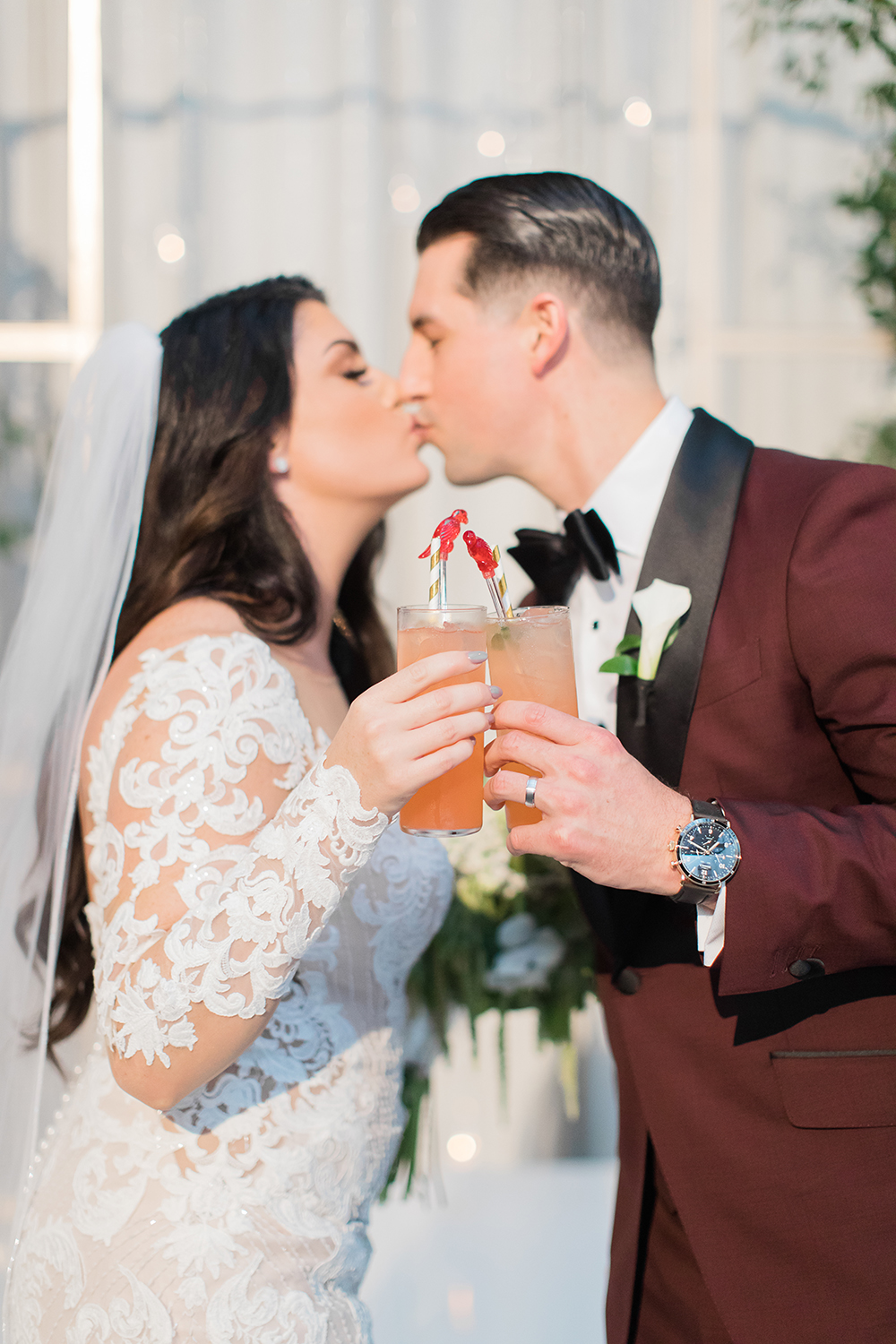 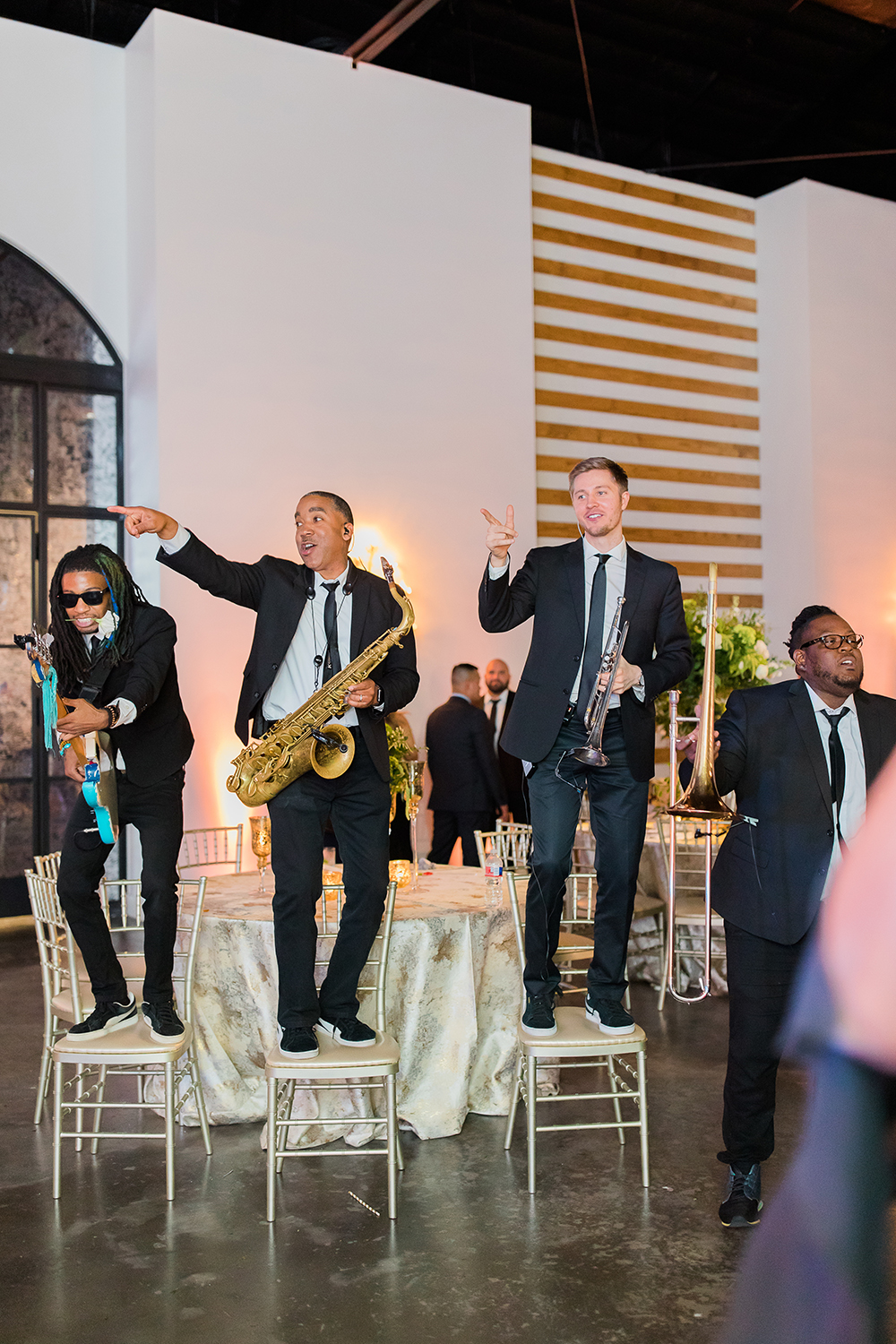 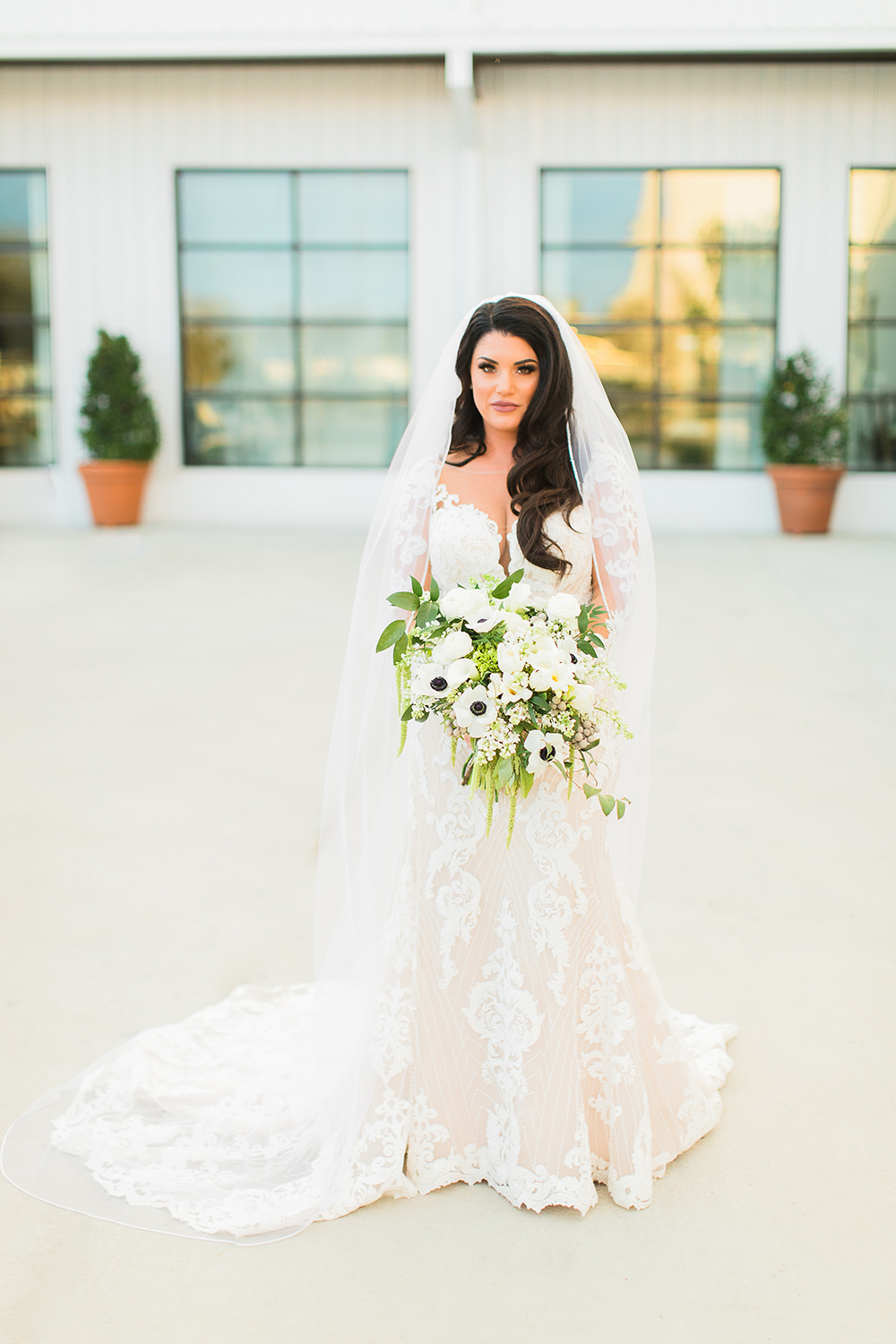 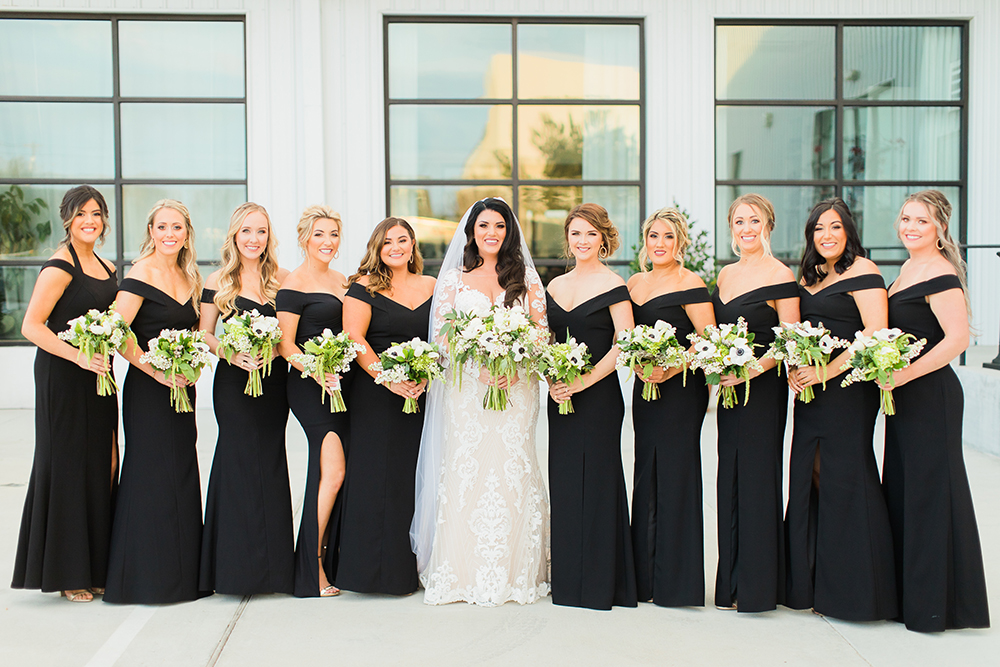 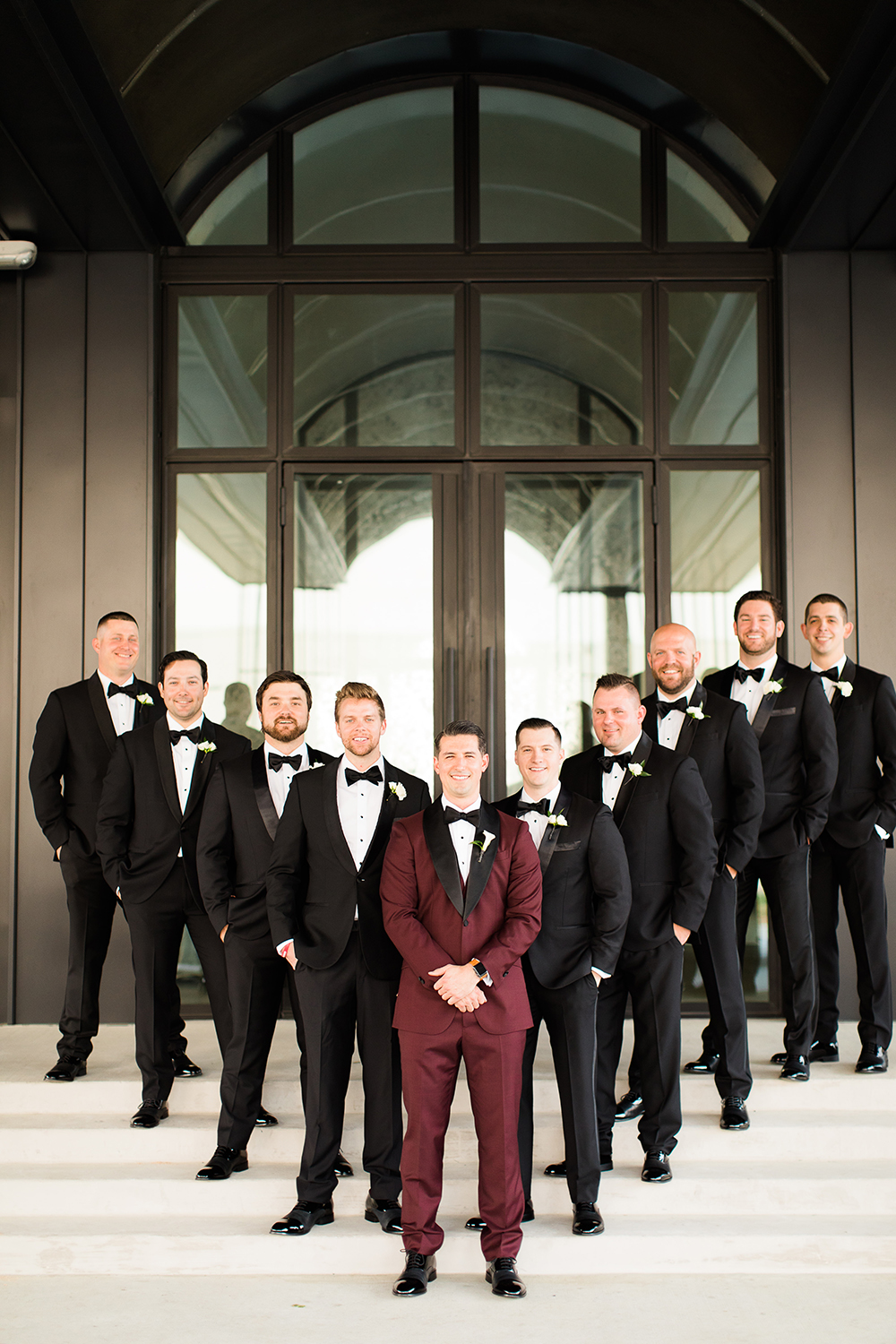 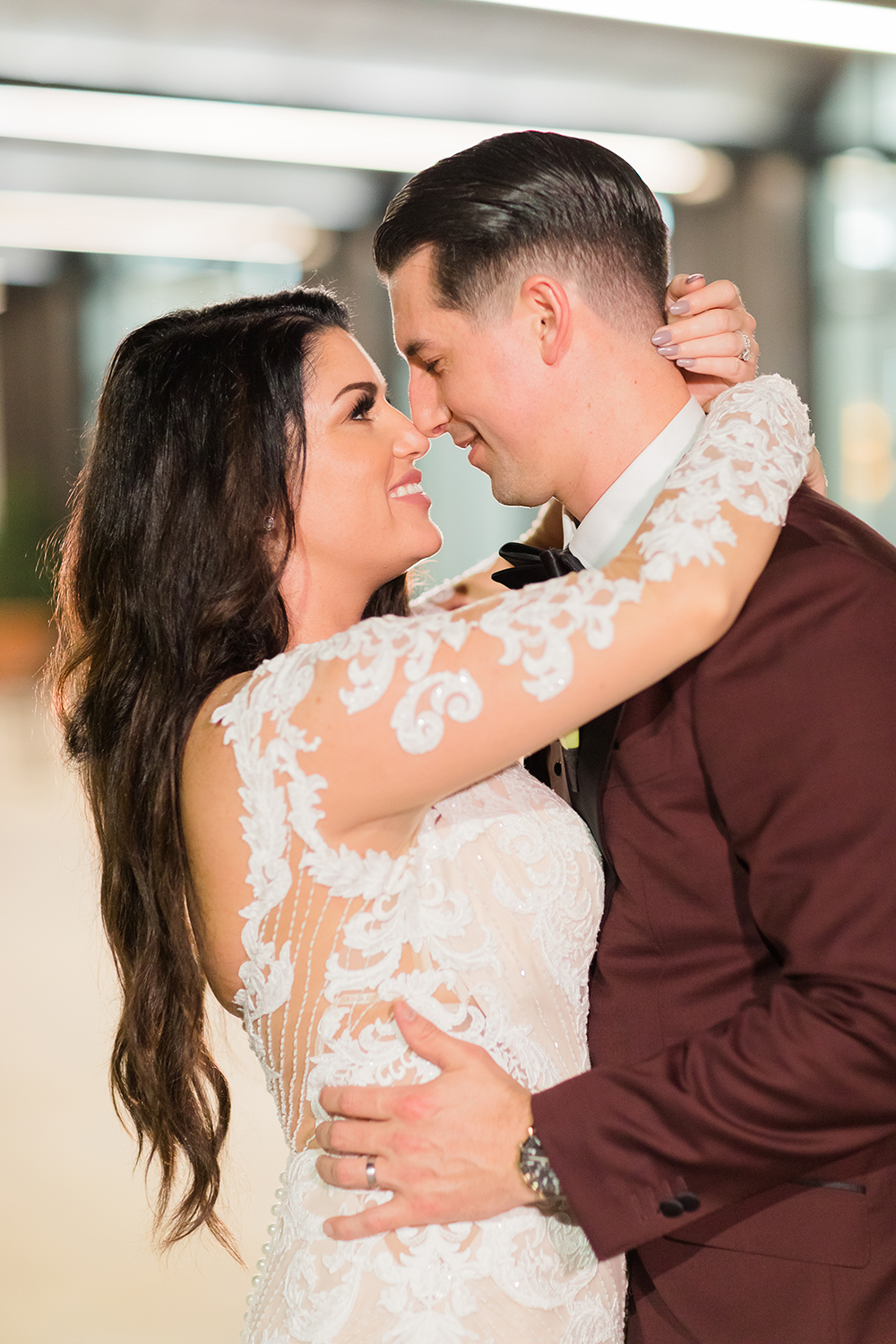 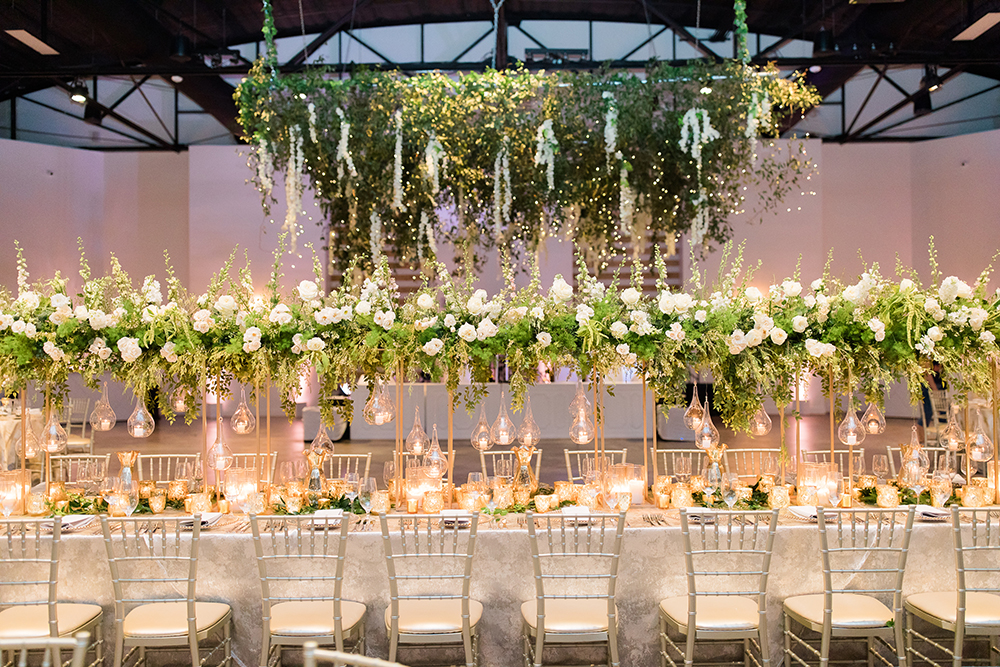 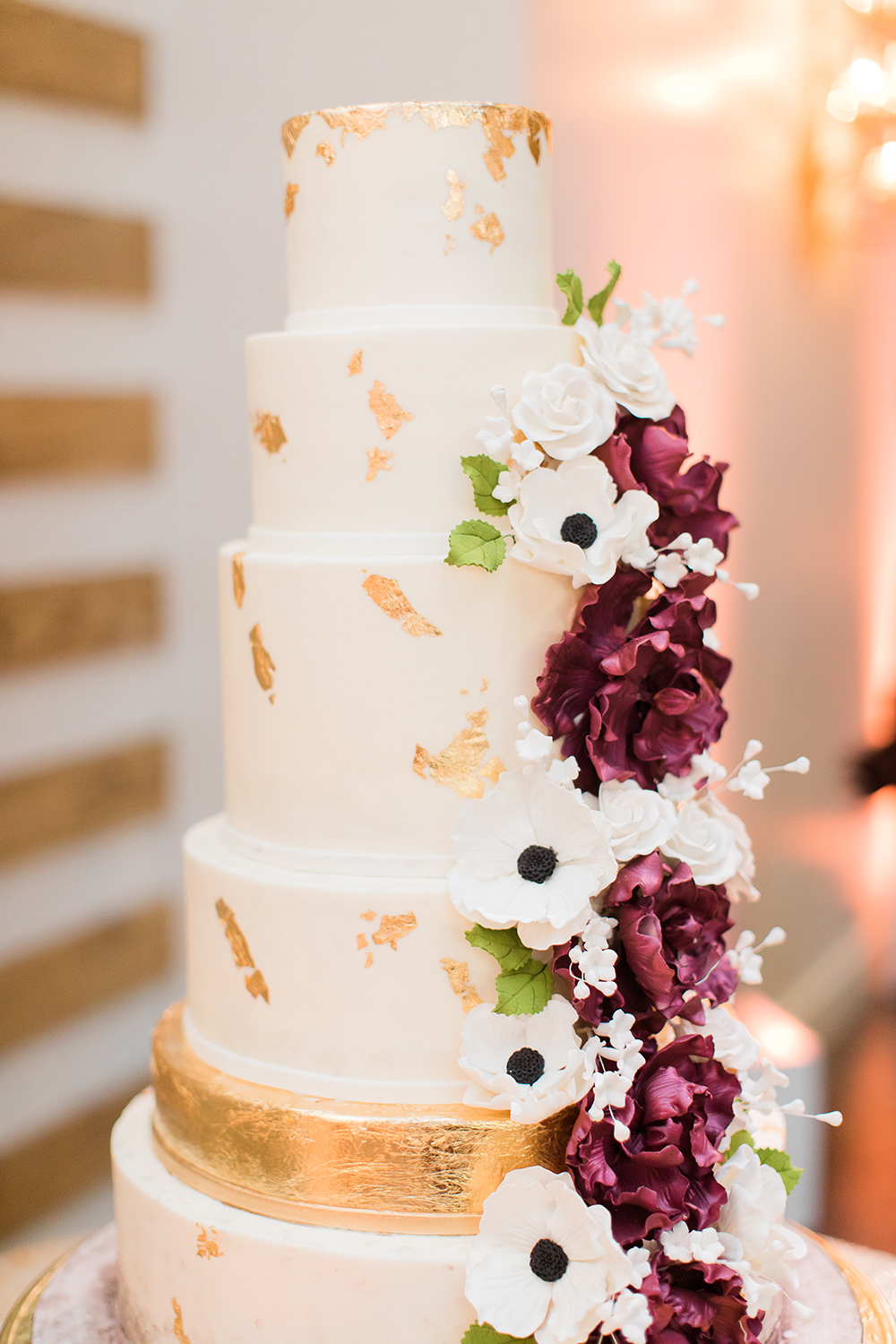 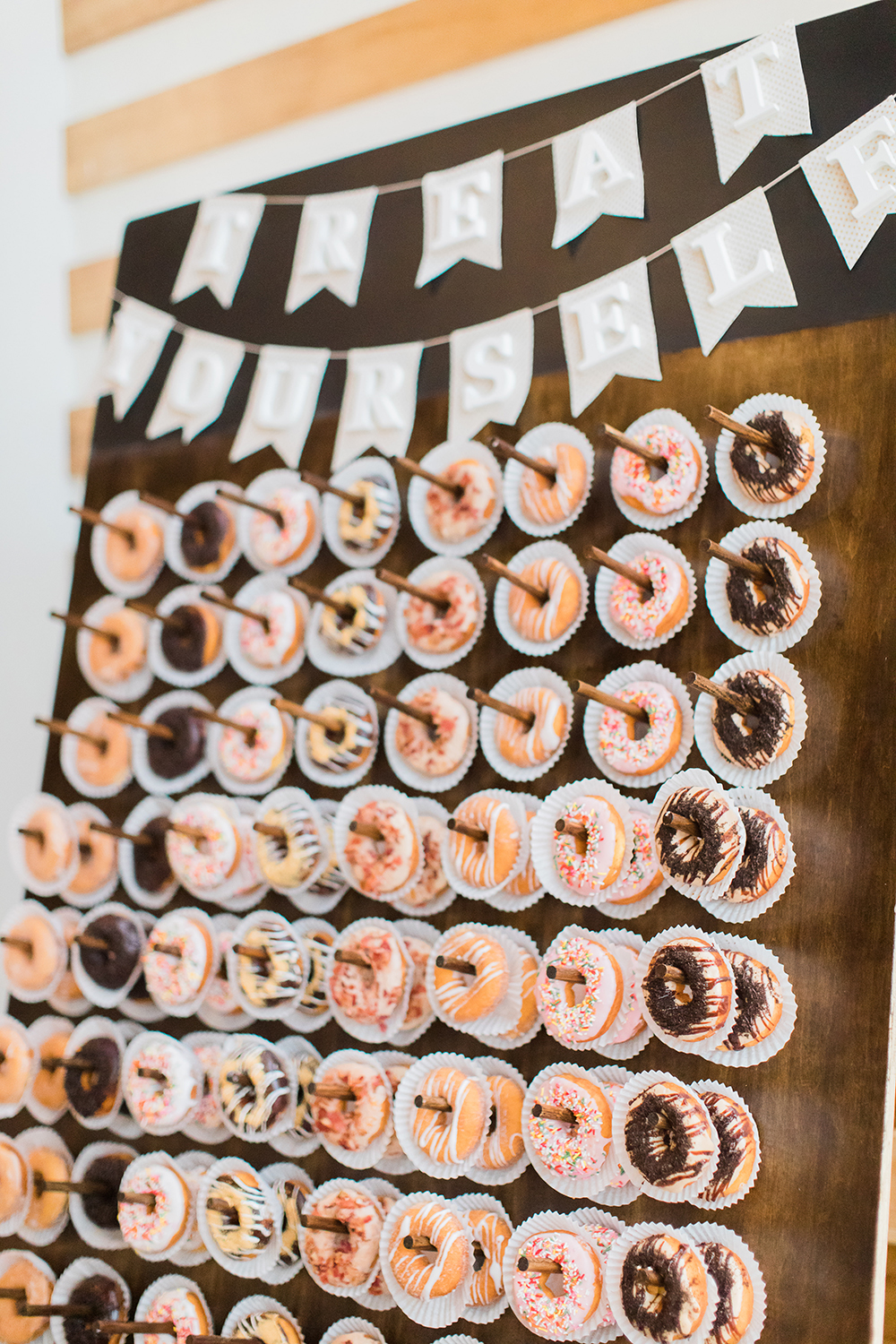 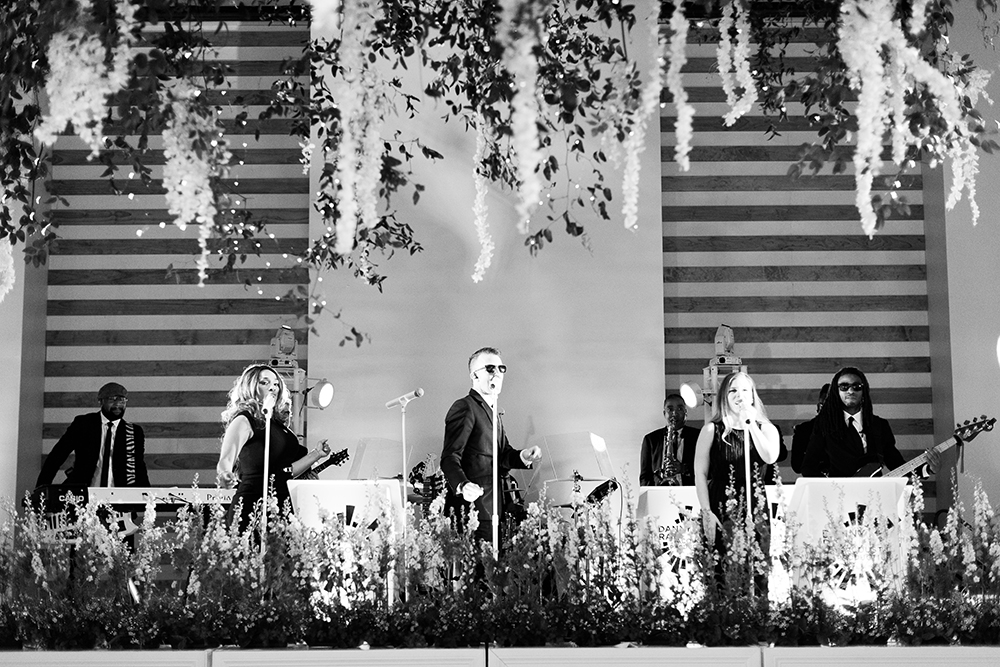 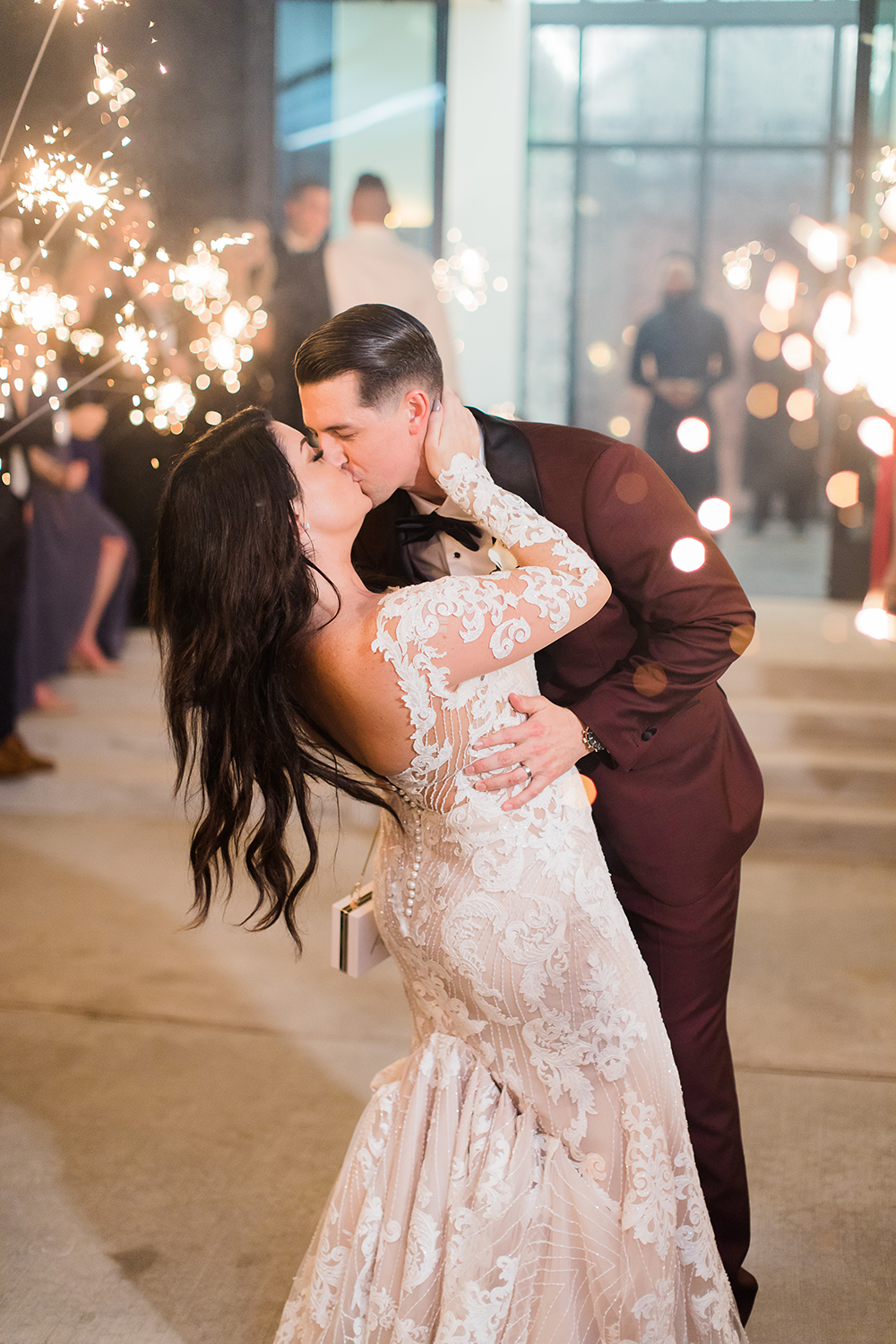