It’s heartwarming to see authentic emotion and connections between people within a photo. So for Kristen of Kristen Giles Photography, capturing that feeling is her main focus. As a native Texan, she started her business in 2016 and believes that photography is a form of visual storytelling, and she prides herself in making sure all the emotions you feel on your big day will happily come back to the surface every time you look back at the photos.

END_OF_DOCUMENT_TOKEN_TO_BE_REPLACED

Bella, an operations manager, and Larry, a piping designer, traveled to Colorado for a Texans vs Broncos game, but little did Bella know, Larry had the romantic surprise of a lifetime waiting for her on their trip. “On November 1, 2018, we planned a hike to a lake in the mountains with ‘a friend’ of his,” recalls Bella. “Turned out he was a professional photographer. About an hour into the hike he asked me to sit beside him on a rock overlooking the lake. While admiring the beautiful scenery he tried to get romantic but failed, as I refused to stop throwing snow at him. He finally stood me up and got down in one knee and asked to marry me. With tears in my eyes, I accepted.”

A year later, it was only fitting for the travel-loving couple to have an intimate destination wedding in Oahu, Hawaii. The bride and groom exchanged vows in a romantic beachfront ceremony, overlooking the pristine blue waters of Kāne‘ohe Bay, all beautifully documented by Houston wedding photographer Civic Photos and Houston wedding videographer Meant To Be Films. Following their outdoor ceremony, the newlyweds set sail on a private catamaran cruise and joined 72 of their loved ones in an open-air reception surrounded by lush tropical foliage and majestic mountains. Bella describes the wedding decor as, “Tropical with natural flower arrangements that accentuated the beautiful scenery,” featuring a lovely color palette of ivory, gold and burgundy. Guests dined on coconut shrimp, Jamaican jerk chicken and pork, and Mahi Mahi, before dancing the night away under the Hawaiian moonlight. The bride’s favorite moment? “Our first dance after becoming Mrs. Herrera.” Join us in swooning over this beautiful destination wedding in Hawaii. Congratulations, Bella & Larry!

END_OF_DOCUMENT_TOKEN_TO_BE_REPLACED

Houston bride, Elandrea, had her eye on Mark for a while in college. “Luckily we had a mutual friend that talked to Mark for me. We exchanged numbers, became friends and started dating a year later,” she explains. When Mark started to think up the most creative way possible to propose, he channeled his tech background and created a game app that he was going to convince Elandrea to play. “He asked me to get my nails done, which struck me as odd, since was really not in his nature to do so. When I came home he also said that he wanted to take me for dinner,” adds Elandrea. “Before we left, he told me he wanted me to test out the game he was working on. I began to play the game like normal, and all of a sudden the song ‘Thinking Out Loud’ by Ed Sheeran came on, while images of us were popping up. Eventually a poem came on the screen, and then (here it comes!) a message that said, ‘Will you marry me,’” she recounts. 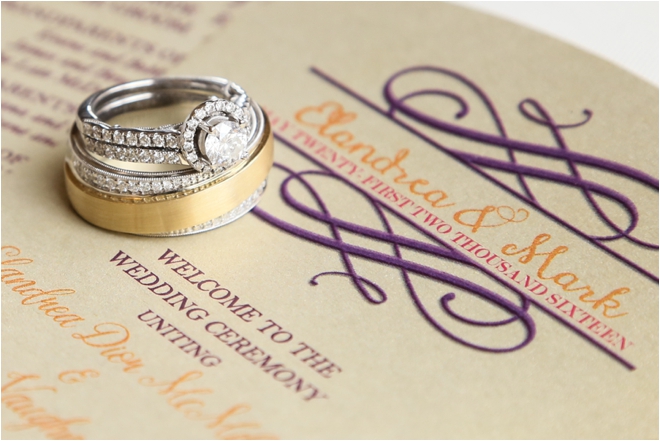 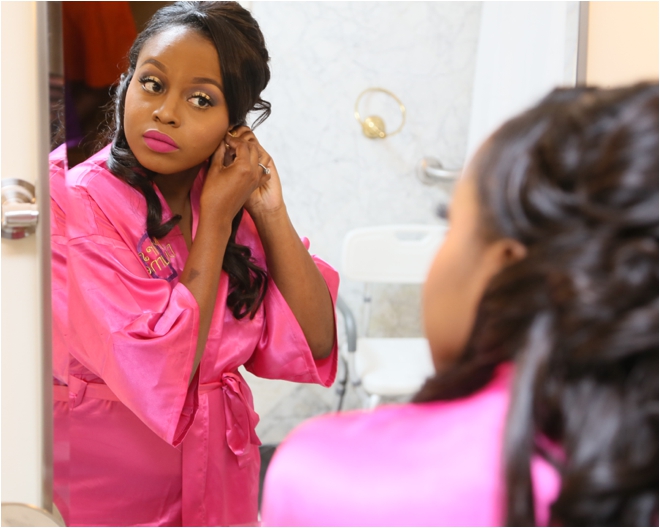 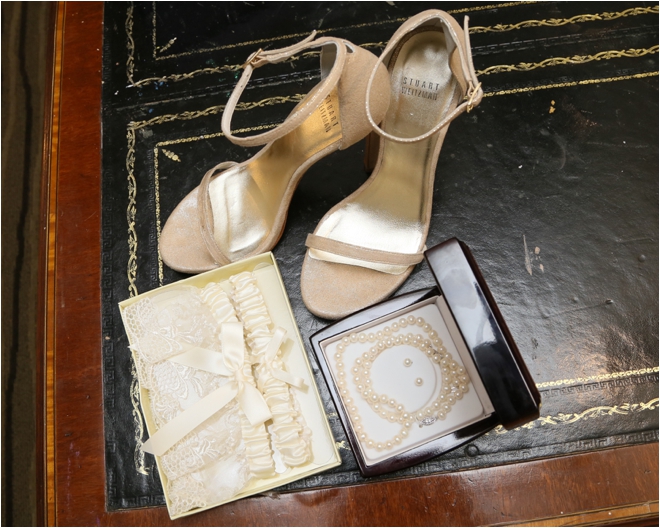 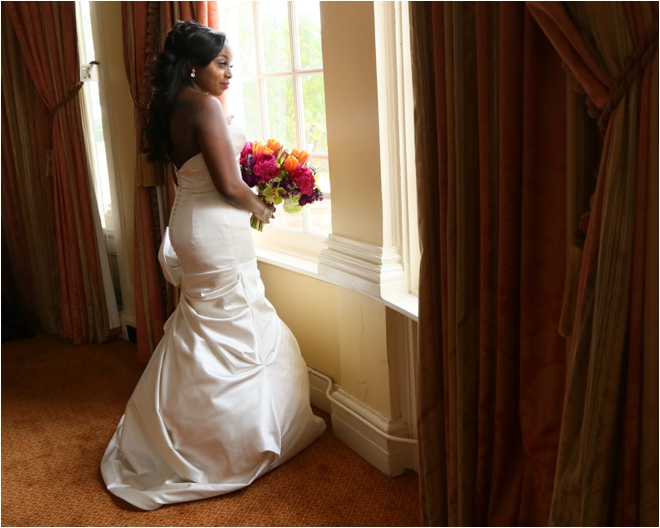 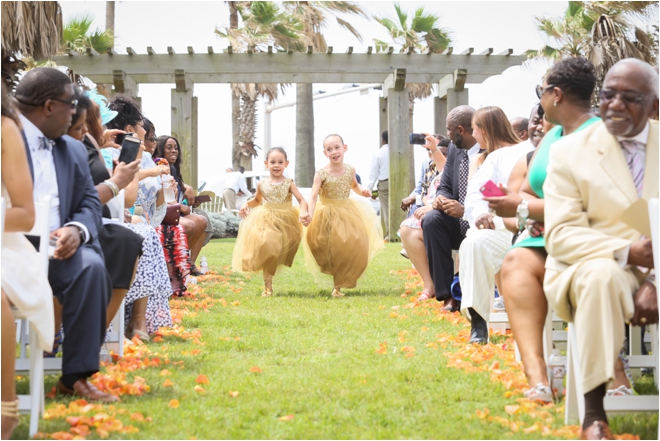 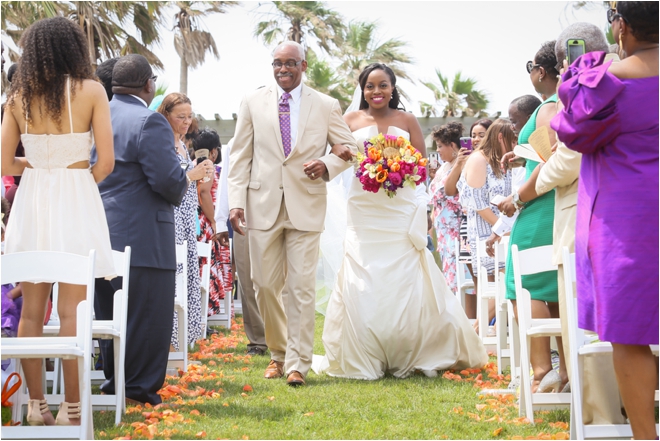 The lovebirds tied the knot in front of their nearest and dearest at Hotel Galvez & Spa. “My aim for the wedding was a tropical feel with beautiful, vibrant colors,” says Elandrea. Their color palette of orange, purple, fuchsia and gold set the tone for a bright, fun wedding atmosphere. 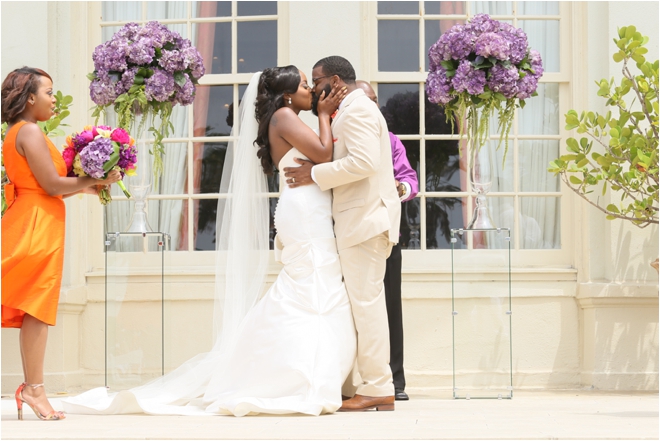 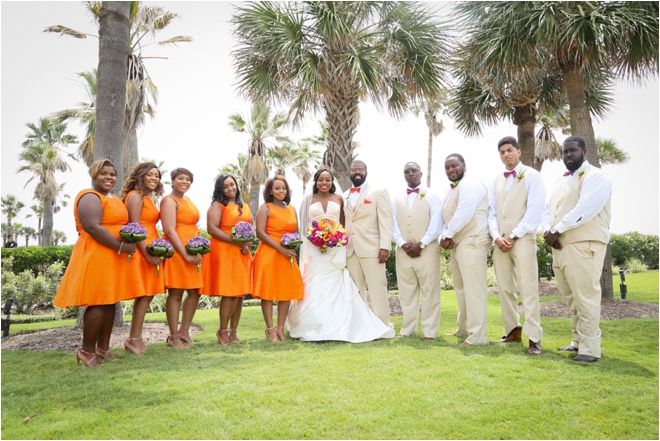 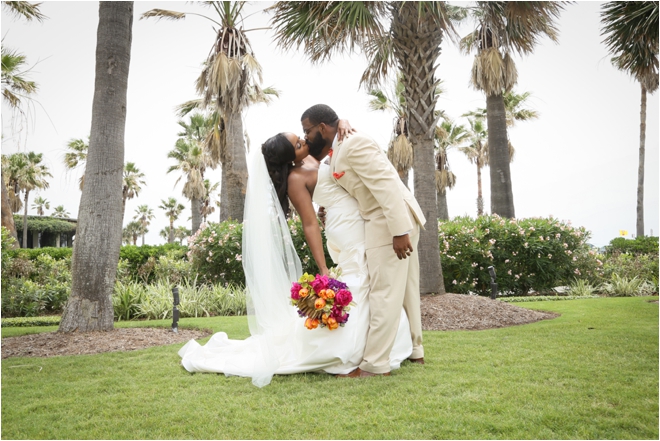 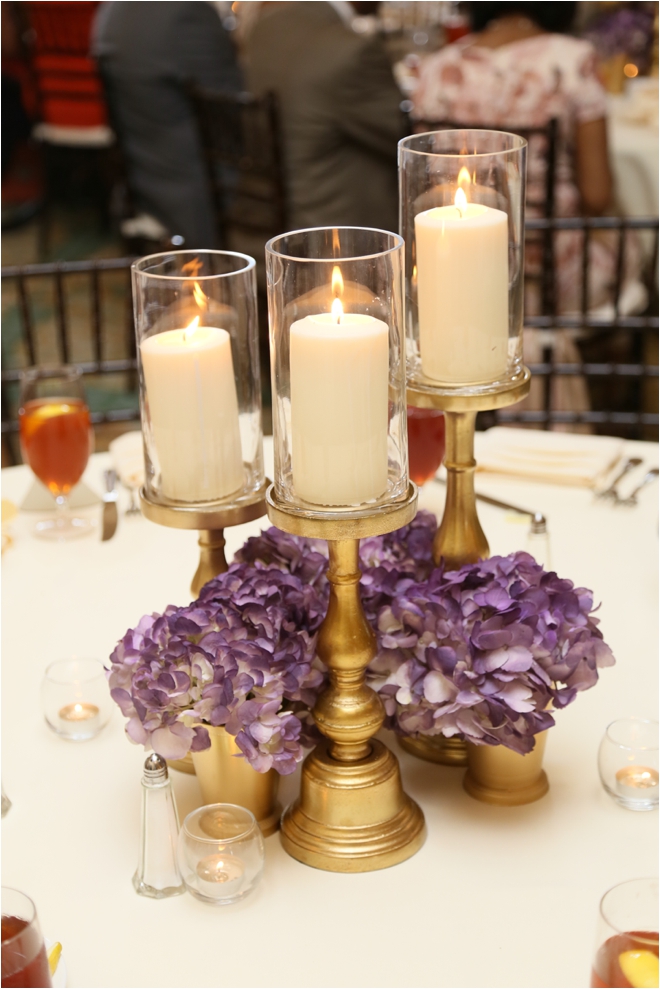 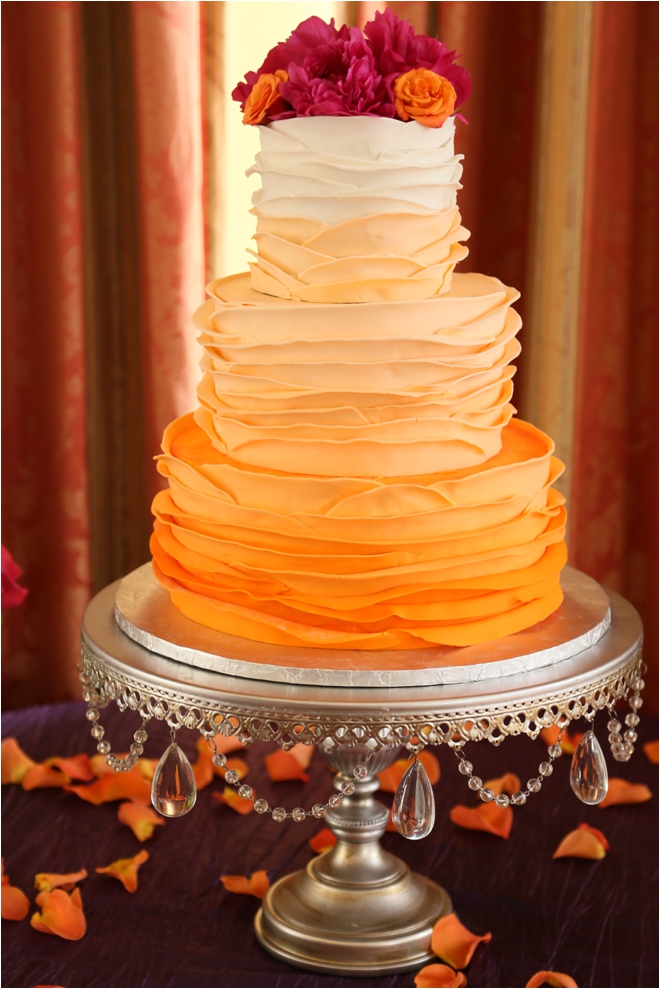 “My favorite moment was dancing with my dad. We always clown together, so our dance was definitely a show to watch and remember,” Elandrea adds. 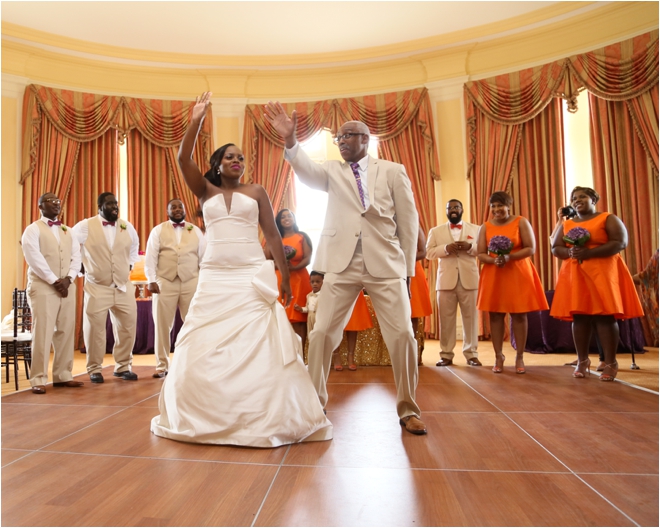 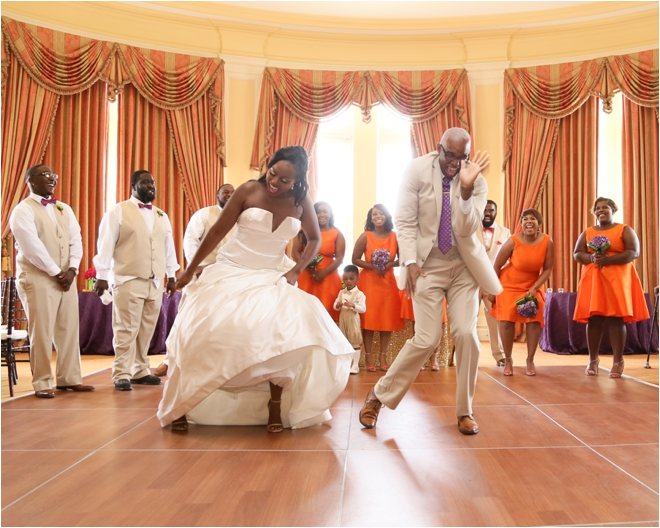 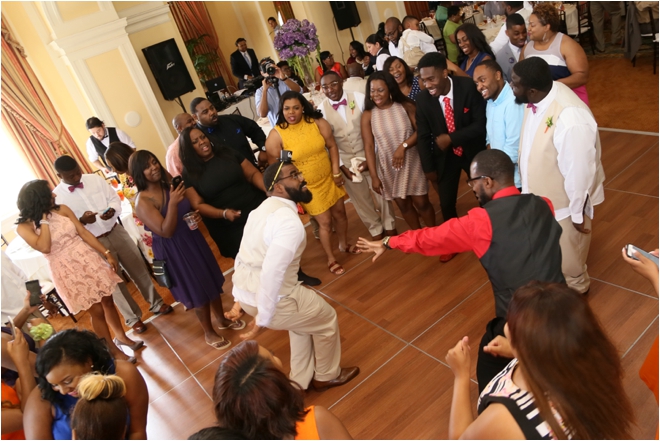 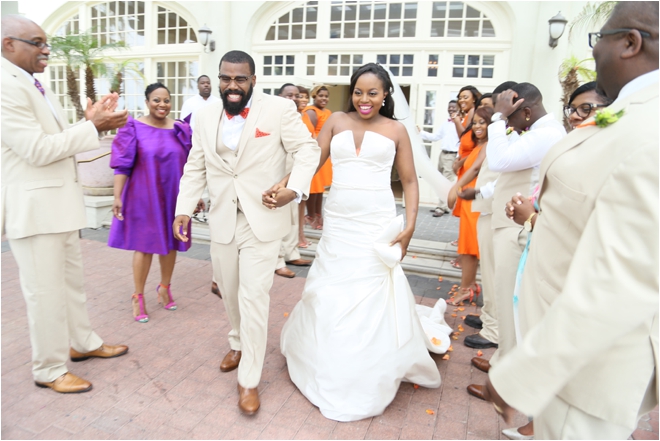 We couldn’t be happier for these two. Congrats and best wishes from all of us at Weddings in Houston!