Isabela and John Michael grew up in Houston, where they attended the same school and church. However, the pair didn’t start dating until the end of their senior year of high school when Isabella was deciding where to go for college. The bride says, “I went to the A&M vs. Baylor tennis match that he was also at, and the rest is history!”

After five years of dating, John Michael proposed to Isabela on April 10, 2021, the same day as his parents’ anniversary, making it even more special.

Eleven months later, the couple wed in a traditional church ceremony on March 11, 2022, and an elegant celebration followed at The Bell Tower on 34th. The color scheme included black, white and blush accents, creating a timeless look at the luxurious venue. Lush white florals lined the grand stairway while lit candles adorned the dining tables. The couple even included a signature drink named after their beloved dog. A black and white checkered dance floor, sparkling chandeliers and warm candlelight decorated the European-inspired ballroom, where the couple celebrated with cocktails, decadent cake and live music.

Scroll on for the romantic moments and dreamy details of this classic black, white and blush fete.

Congratulations, Isabela and John Michael! We wish you all the very best! 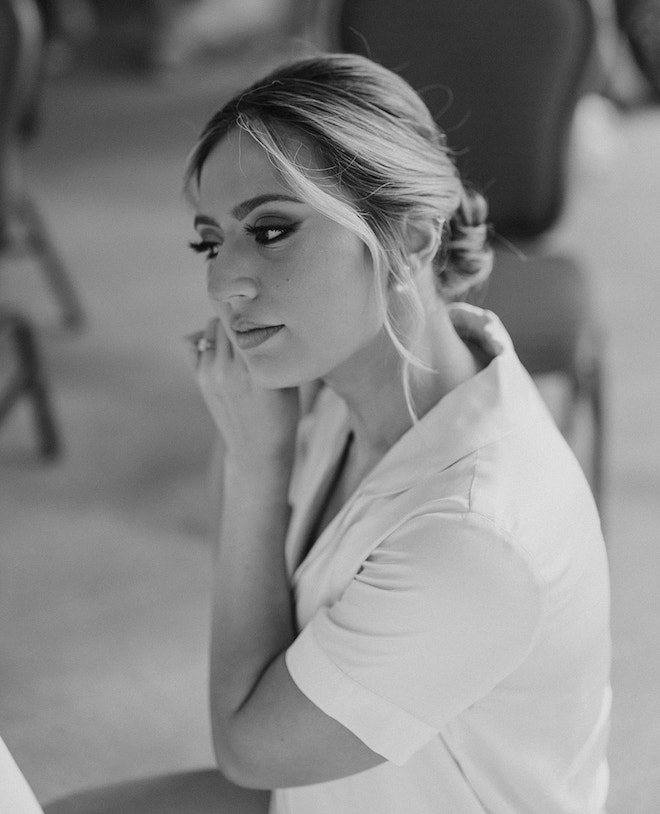 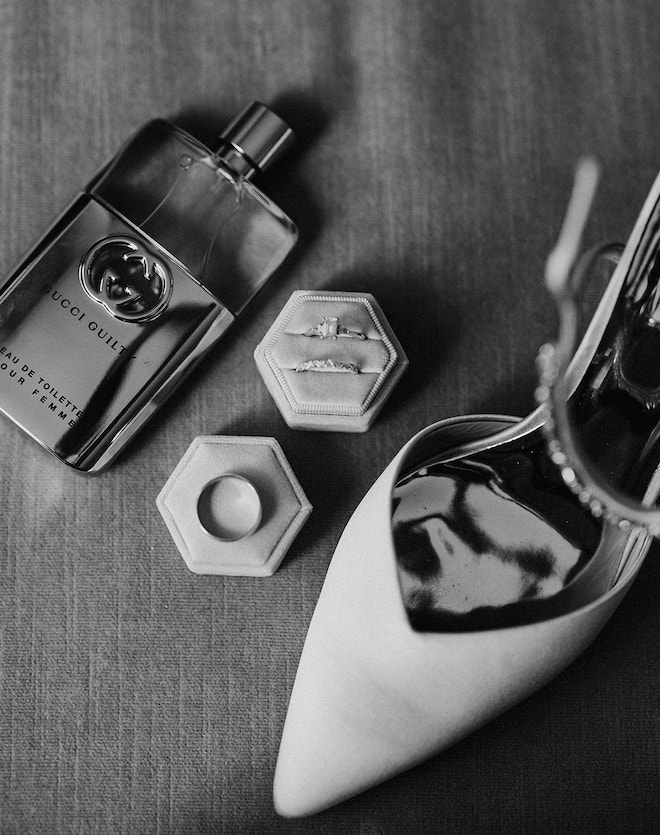 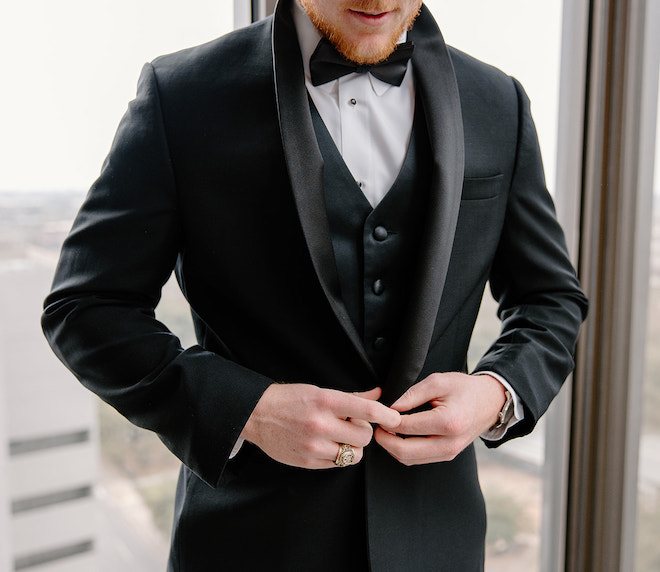 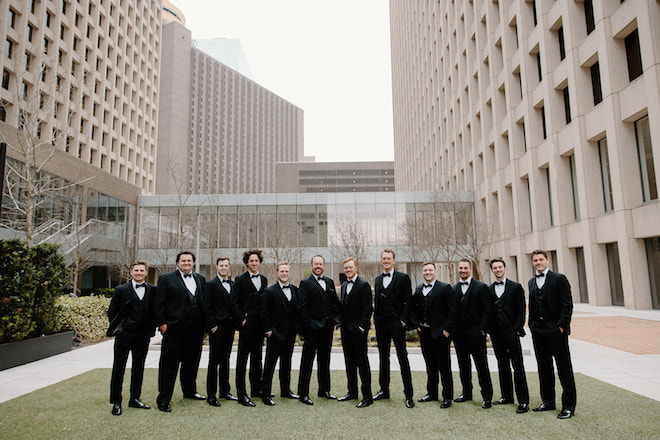 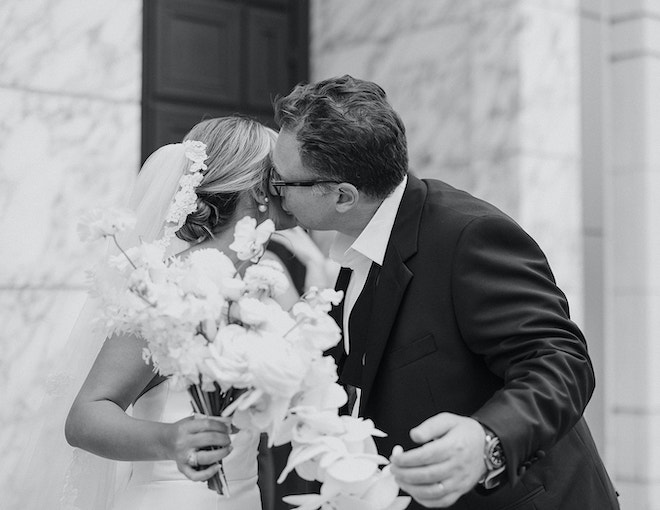 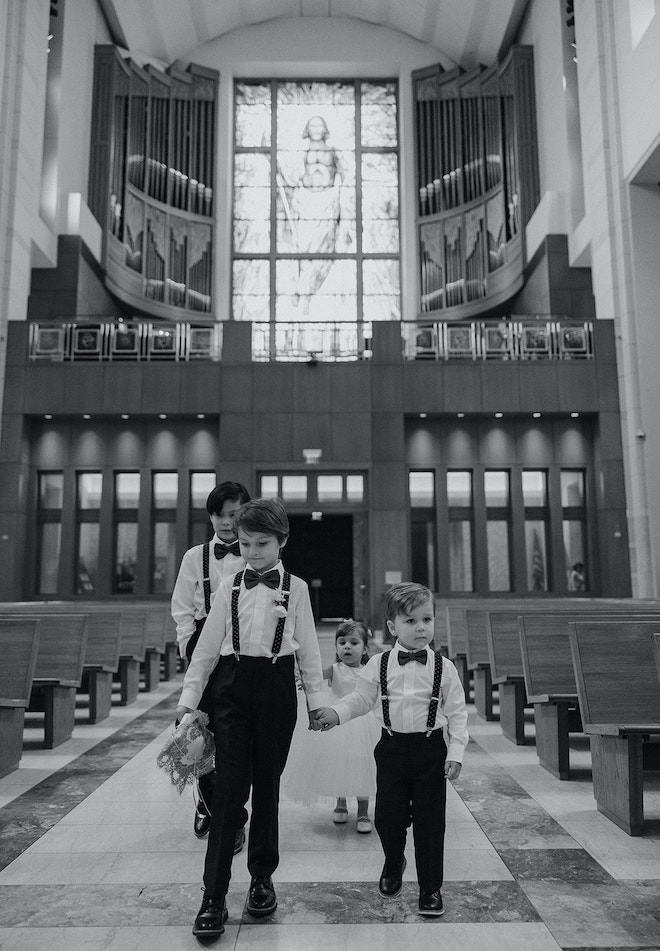 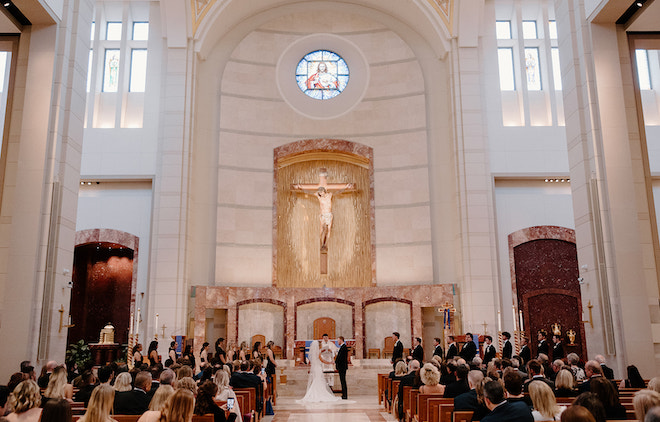 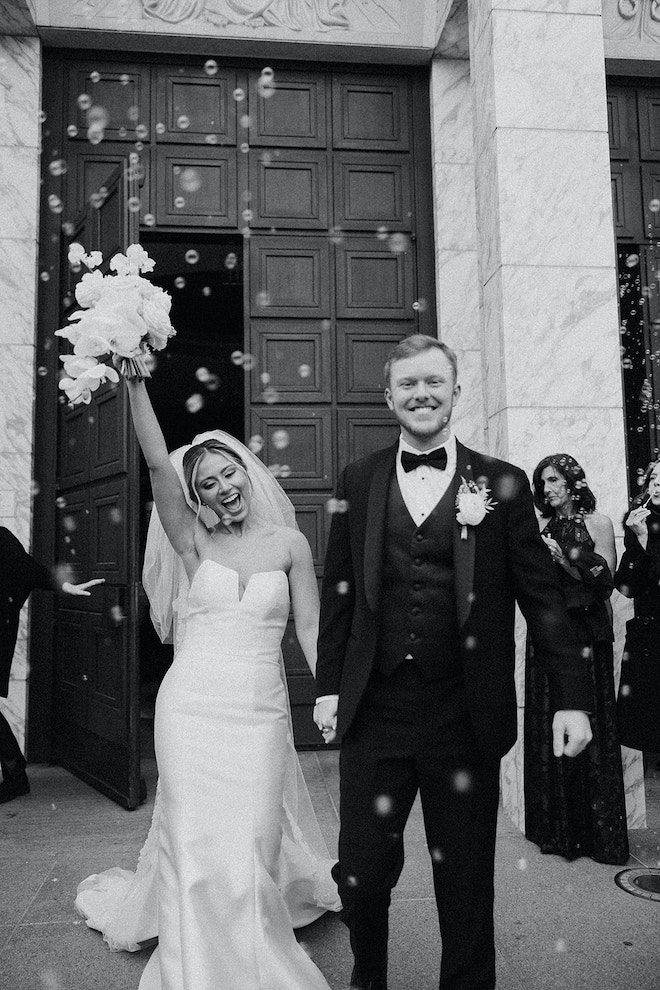 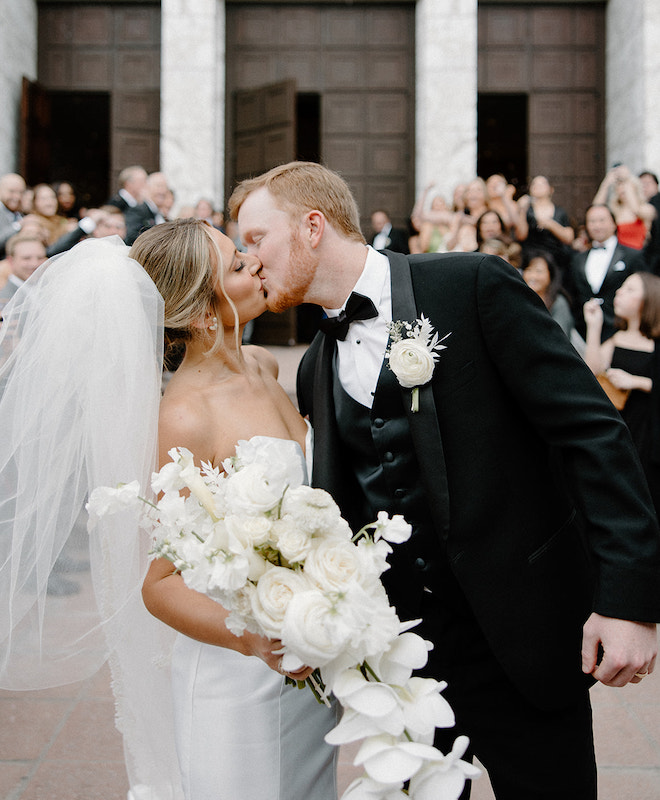 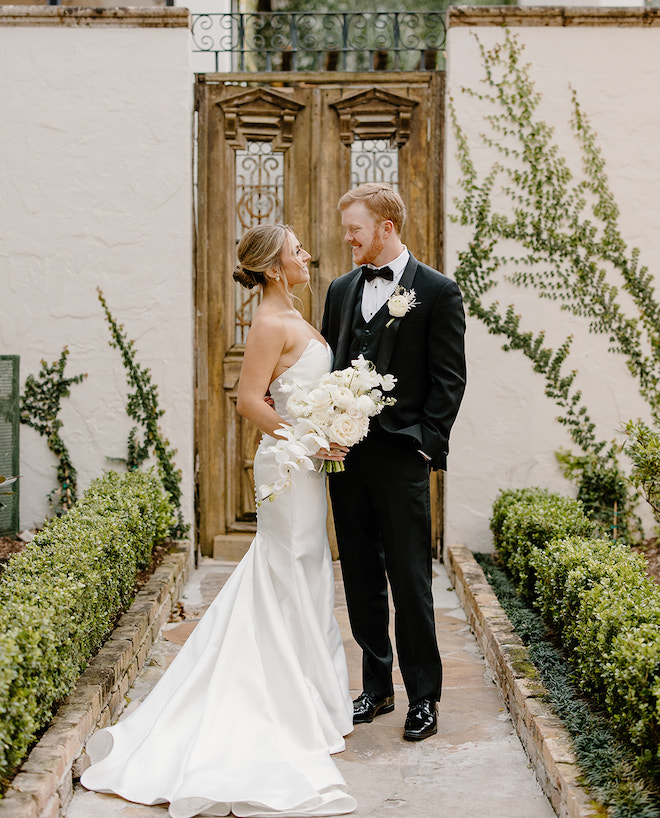 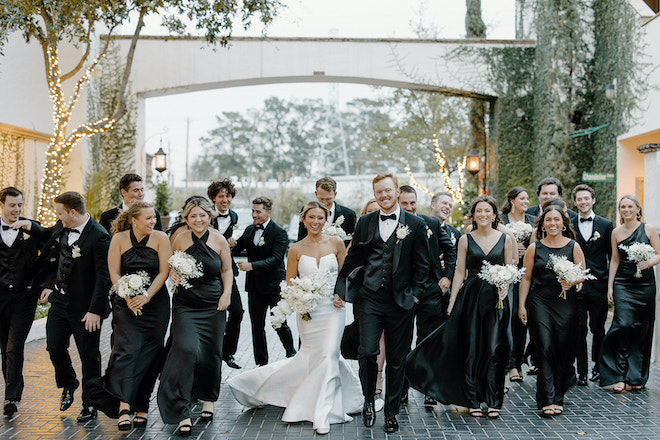 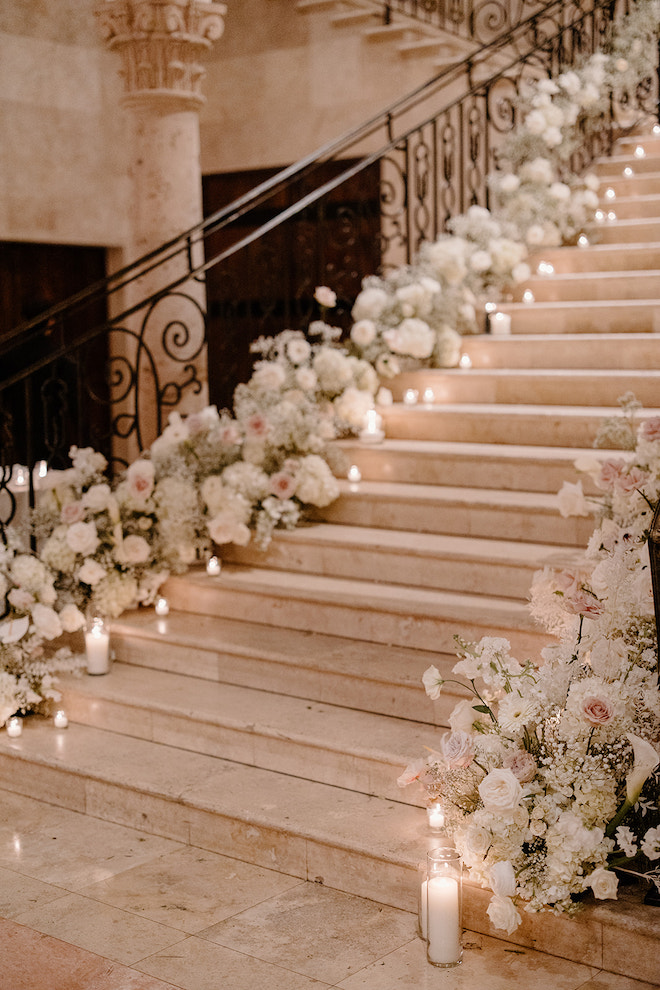 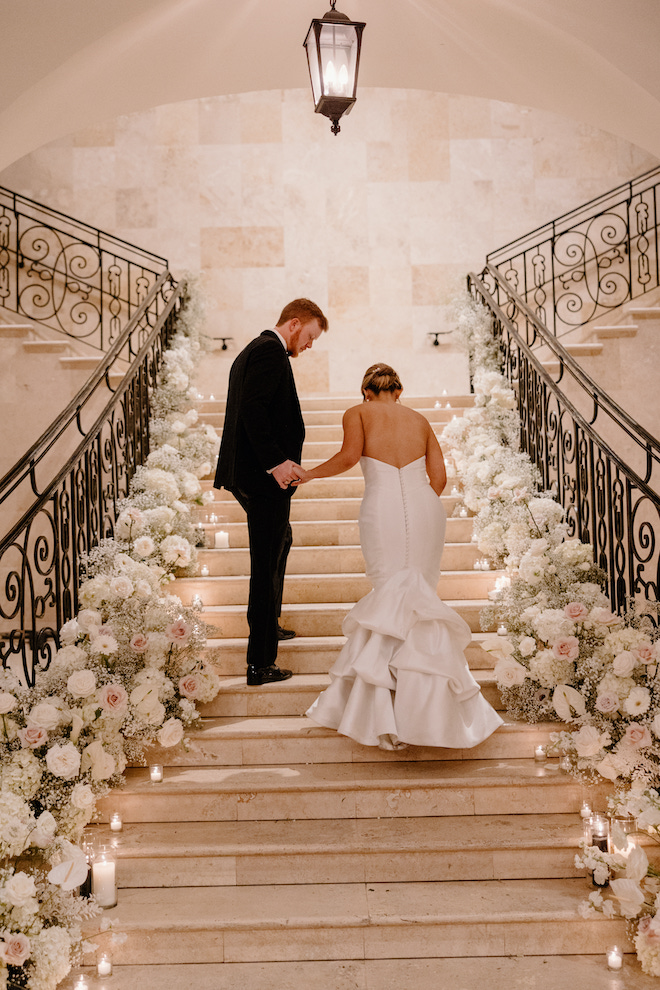 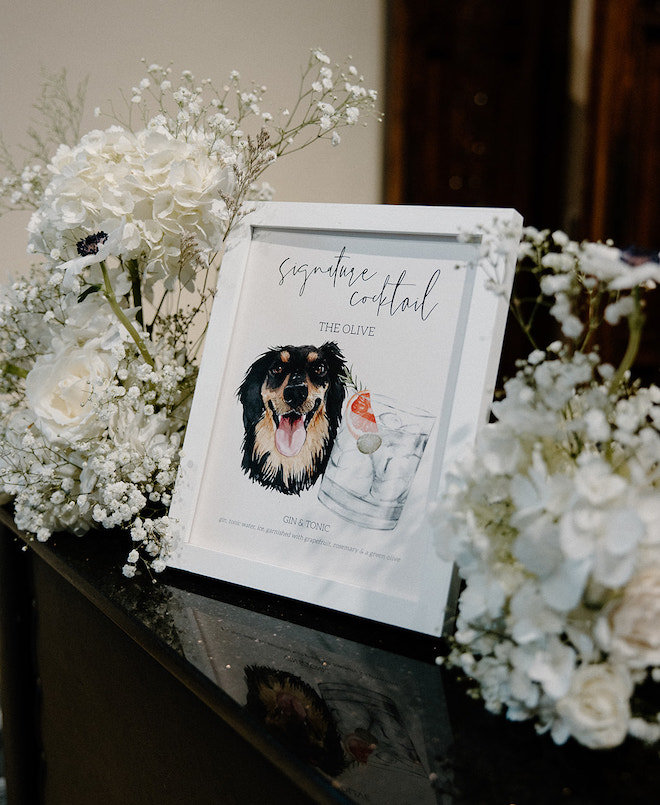 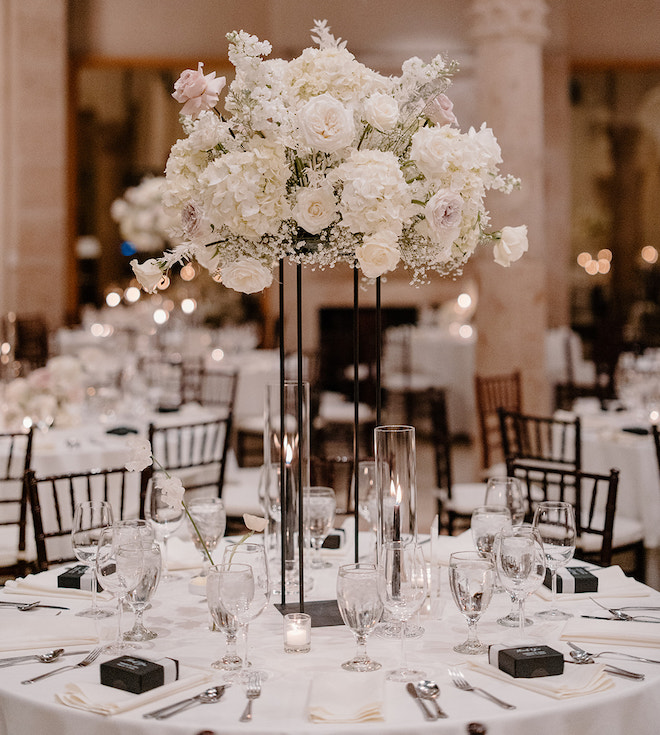 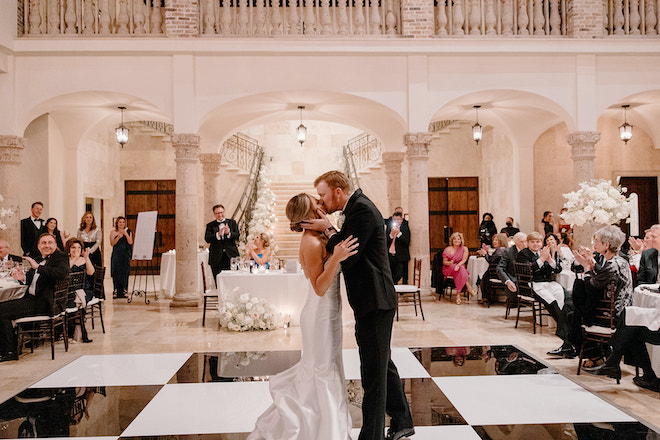 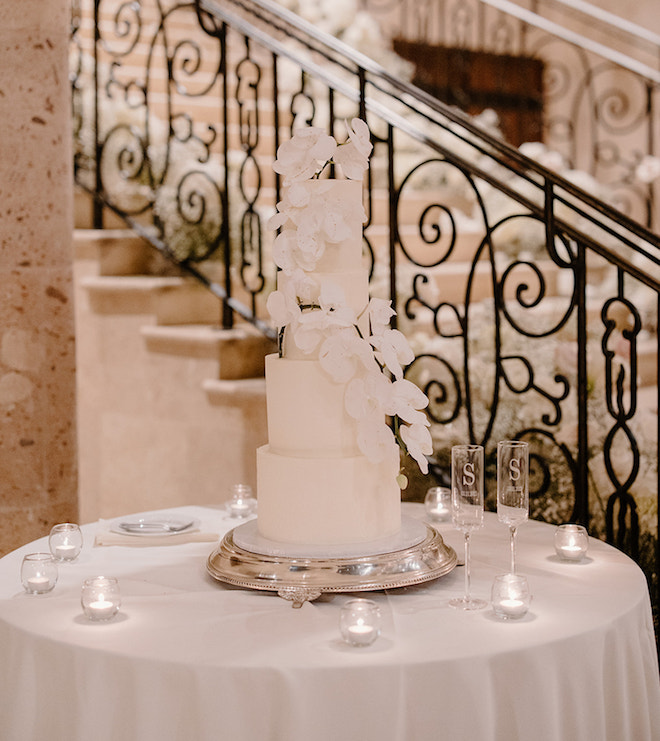 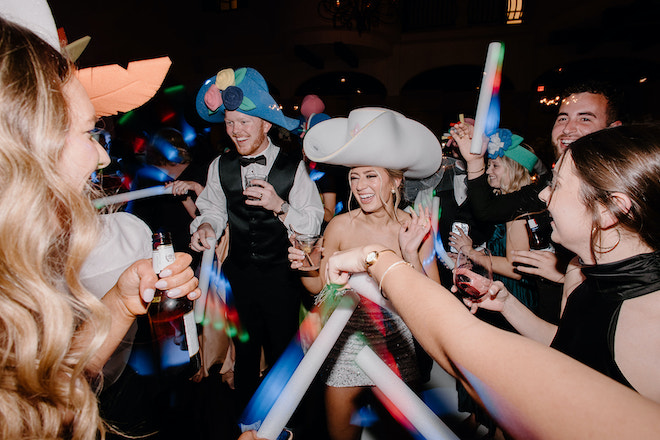