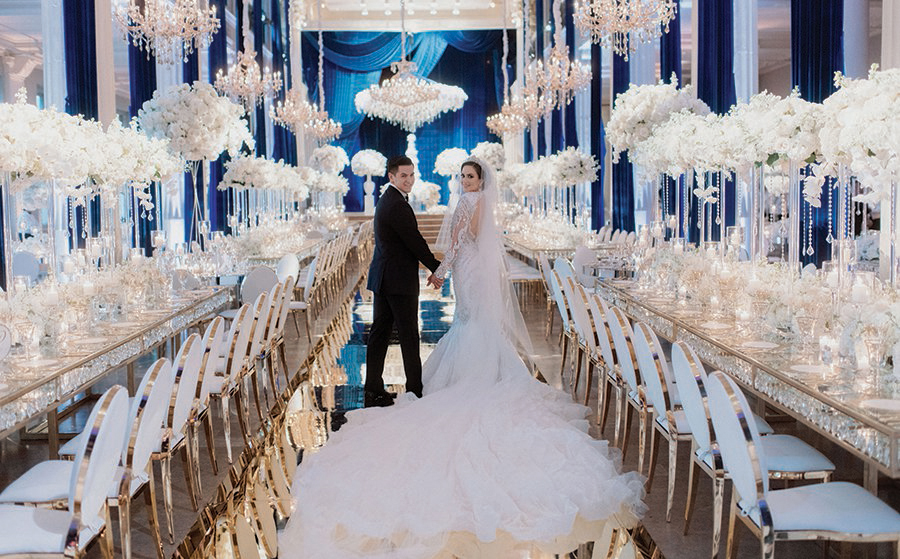 “The proposal was absolutely spectacular,” says Victoria of the moment, two days before Christmas, 2017, when Eric asked her to be his wife. “Red velvet curtains covered all four walls of the room. There were big red roses and floating candles, with a red carpet in the center of the room. A huge ‘Marry Me’ sign made out of red roses was hanging from the ceiling!” After Victoria said, “Yes,” sparklers went off behind the couple and 2002 Dom Perignon was popped, as live saxophone music played in the background. With a proposal that fabulous, you may think the wedding that followed would have to be equally amazing. And you’d be right. The couple, both Houston-based attorneys, said their vows at the regal Corinthian Houston, where lush royal-blue draping, a floral chandelier hung with sparkling crystals, and an opulent gold aisle—a magnificent designed by The Events Co.—brought warmth and elegance to the couple’s fall celebration. Following the ceremony, guests enjoyed chilled tequila shots served from an eight-foot-tall ice sculpture, then a seated dinner of beef tenderloin from Jackson & Company. A nine-foot-tall shimmering fondant cake with hand-painted gold trim and hundreds of handmade sugar flowers, all courtesy of Cakes By Gina, made for a decadent, dramatic and delicious dessert. Says the thrilled bride: “Our wedding was such a dream!” 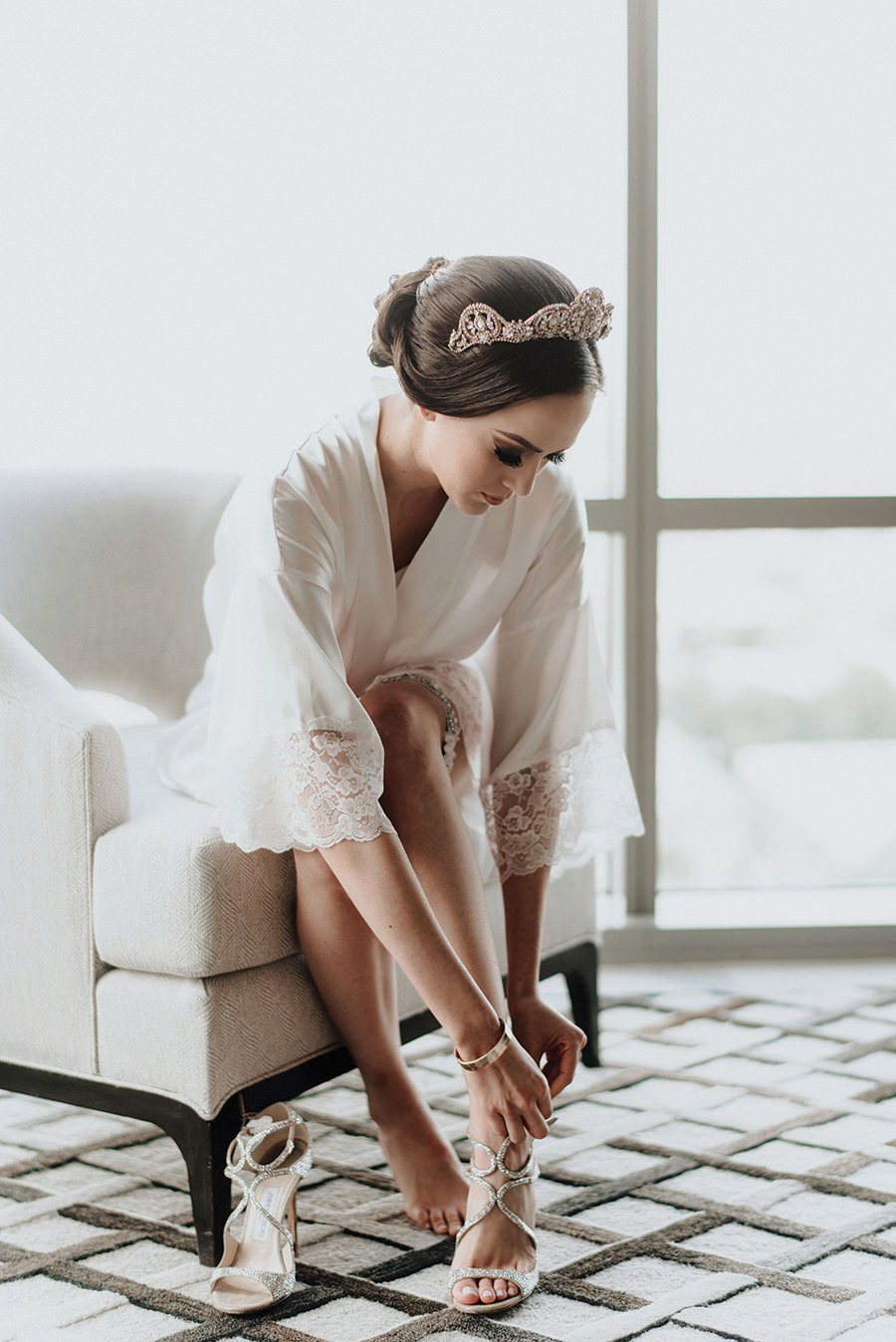 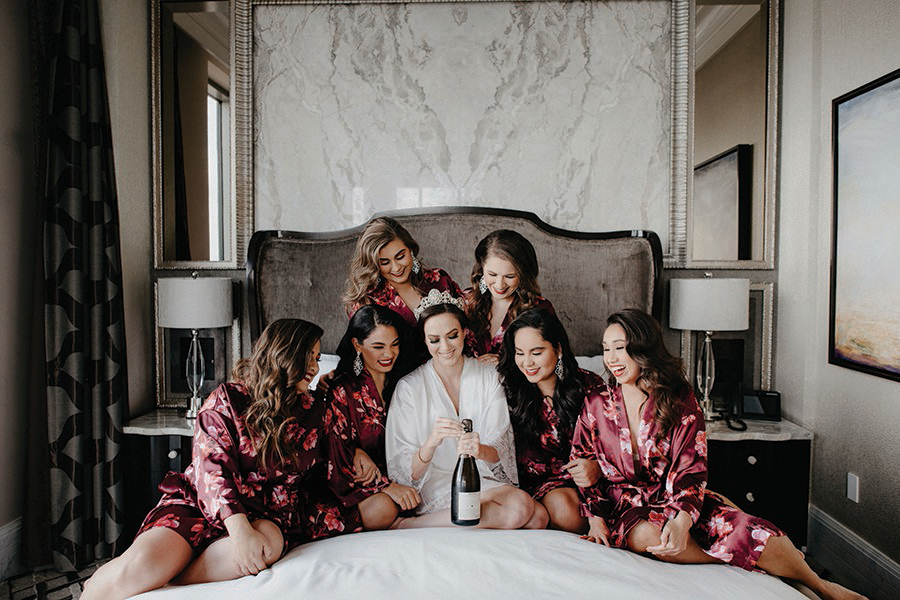 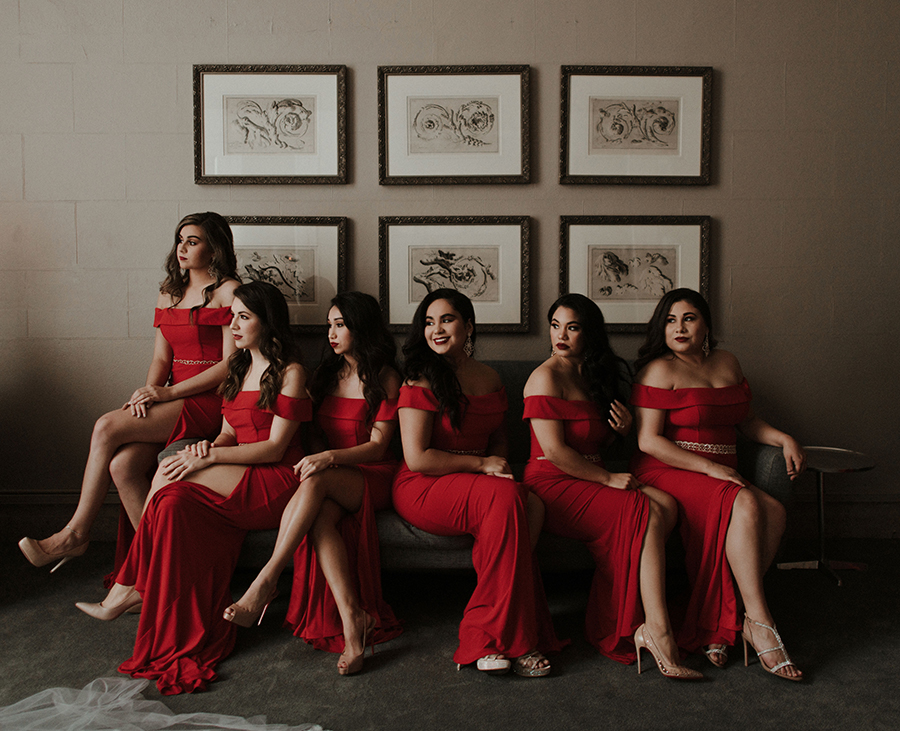 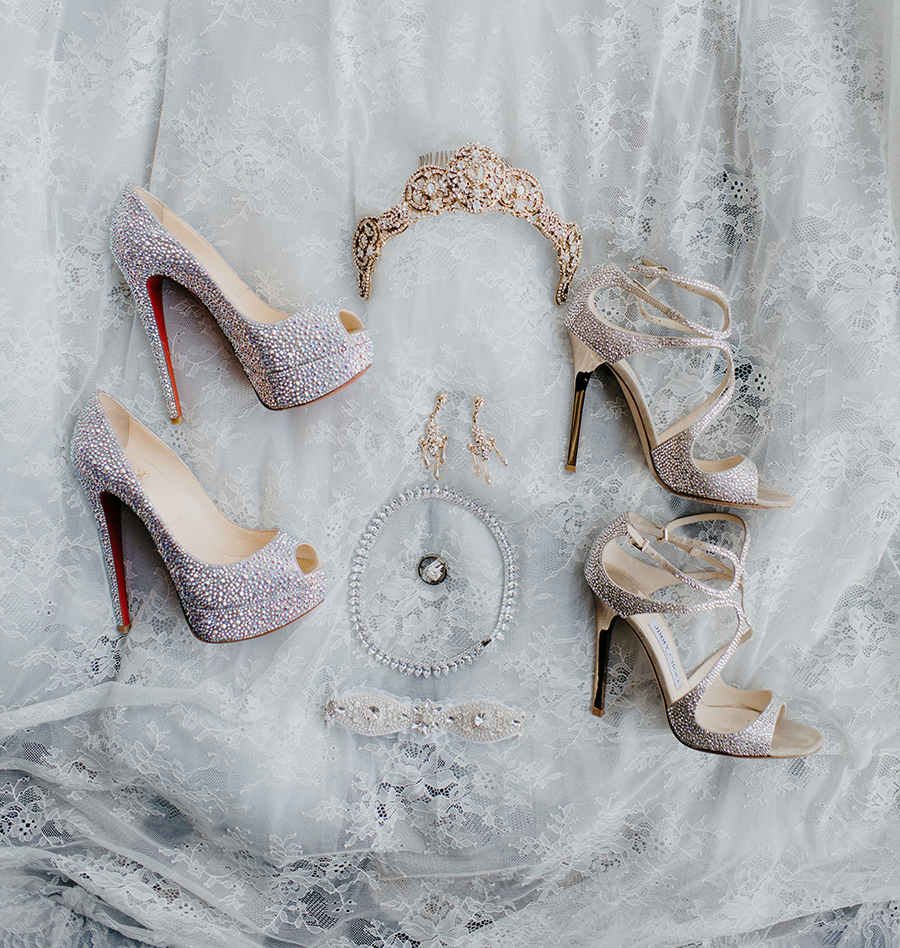 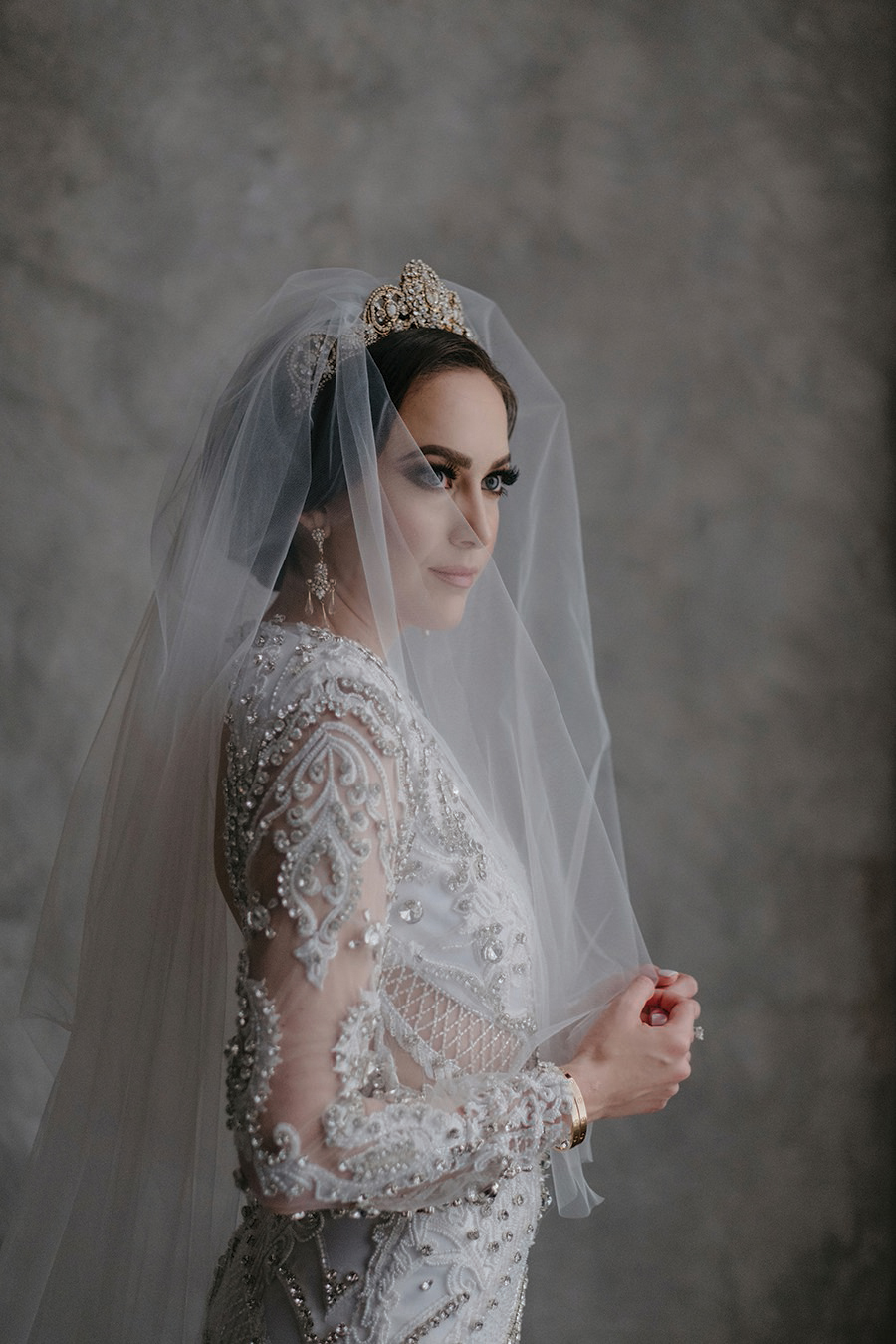 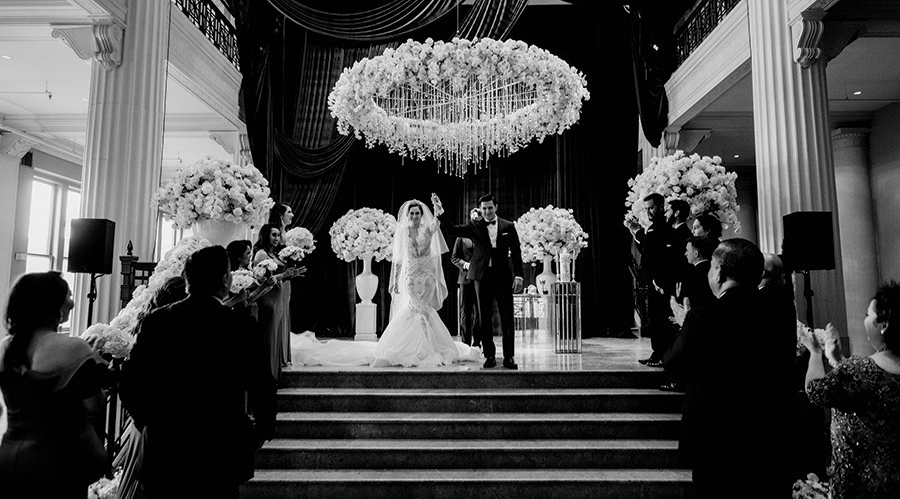 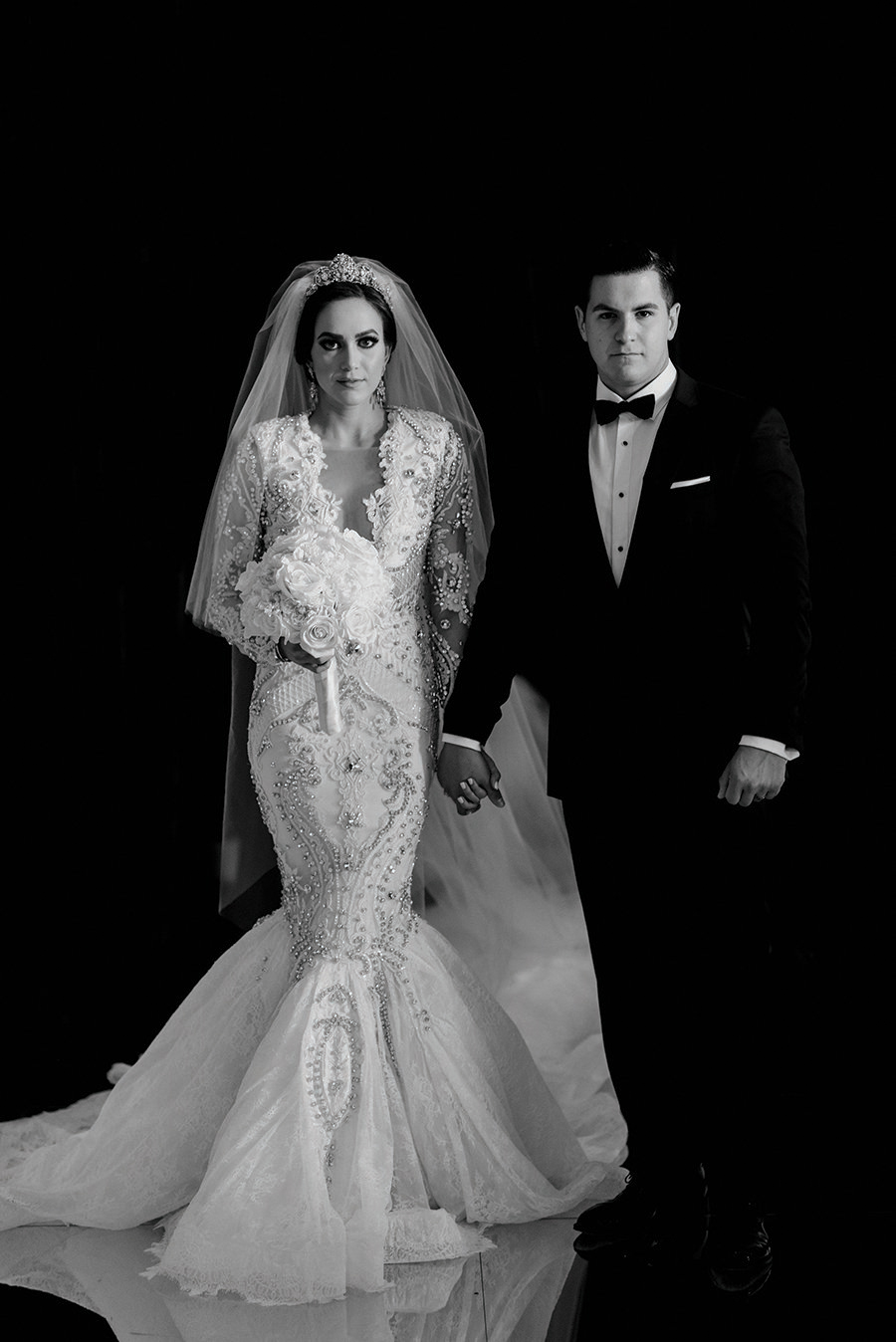 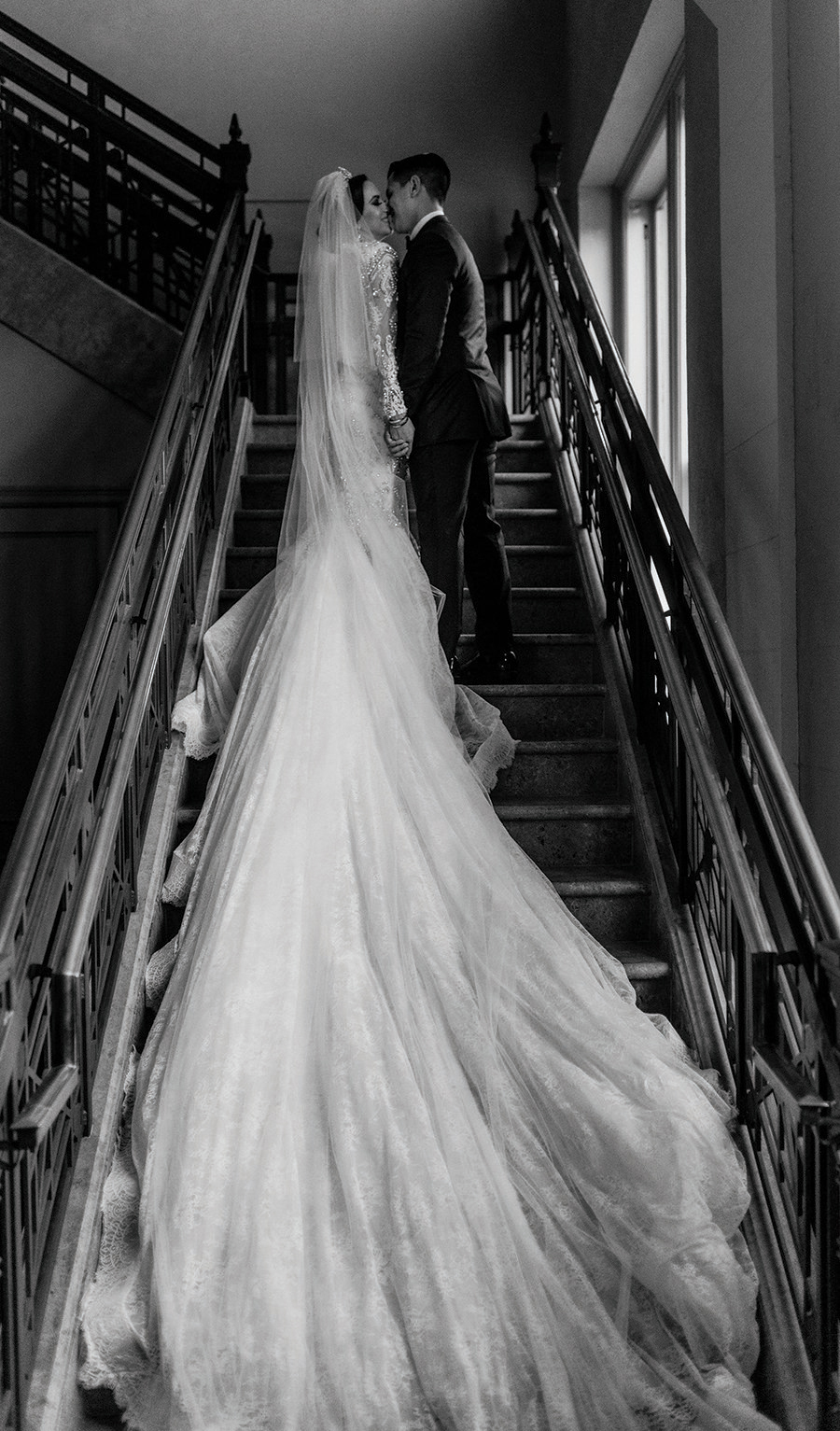 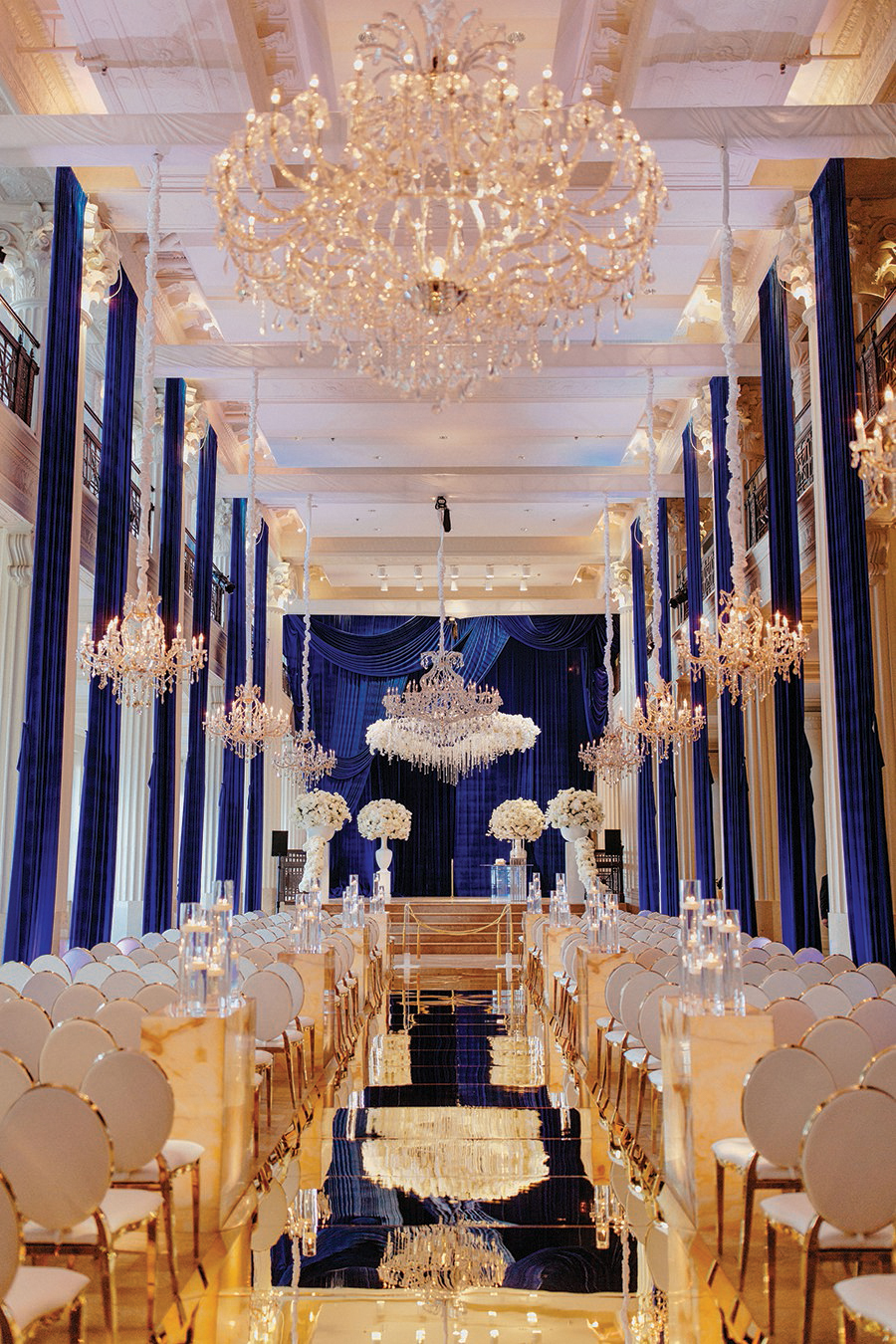 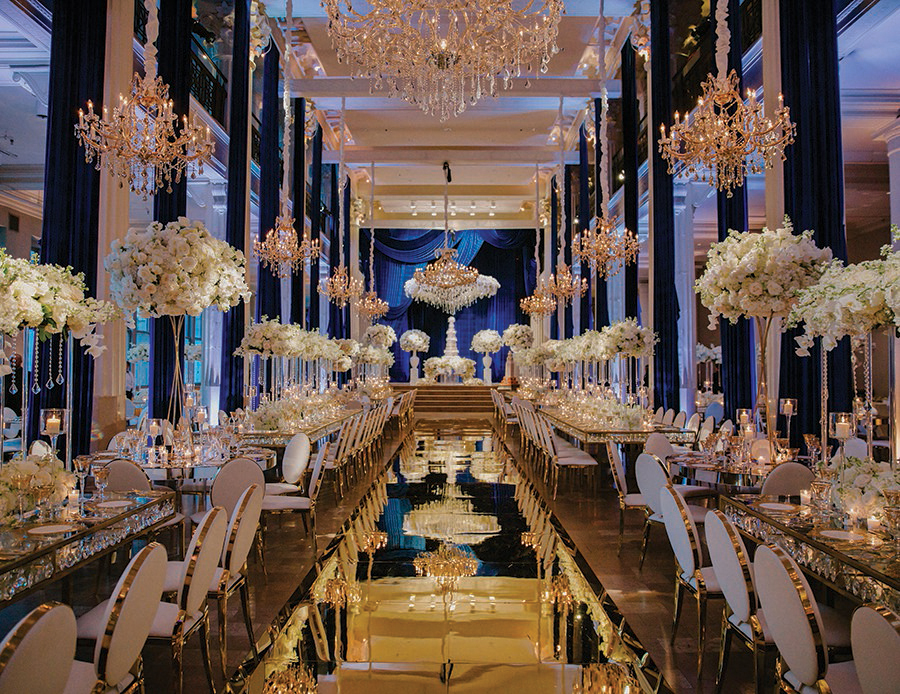 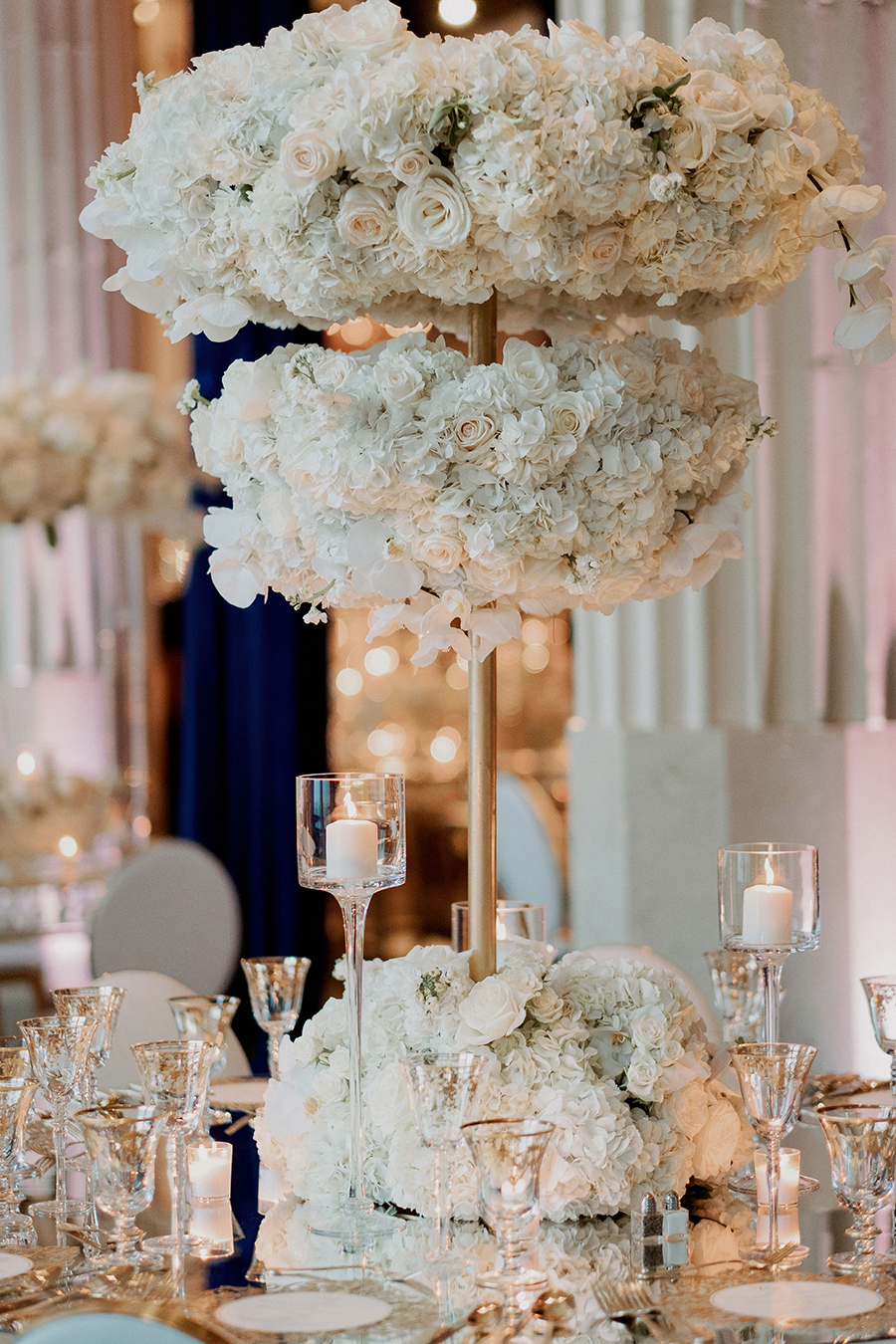 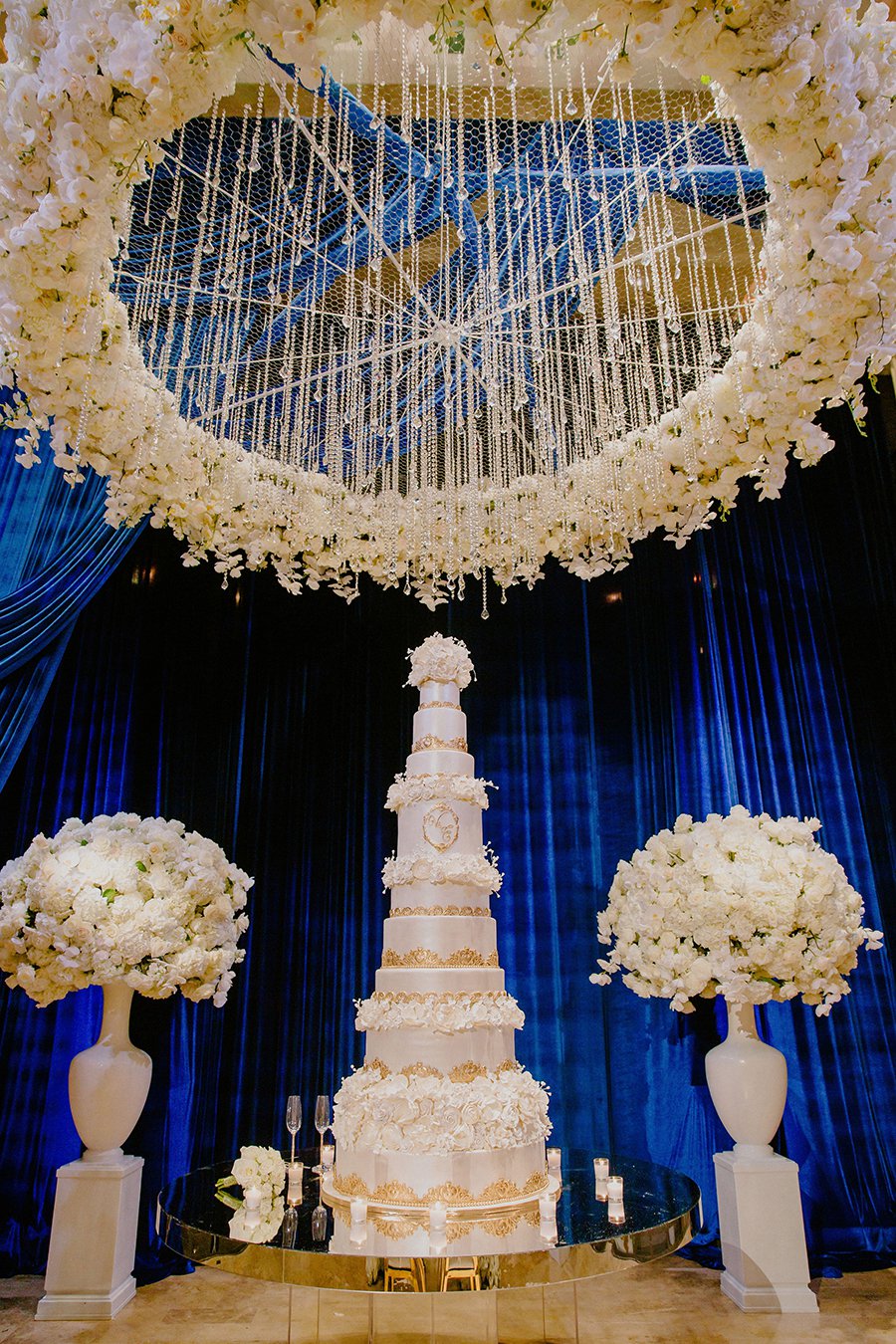 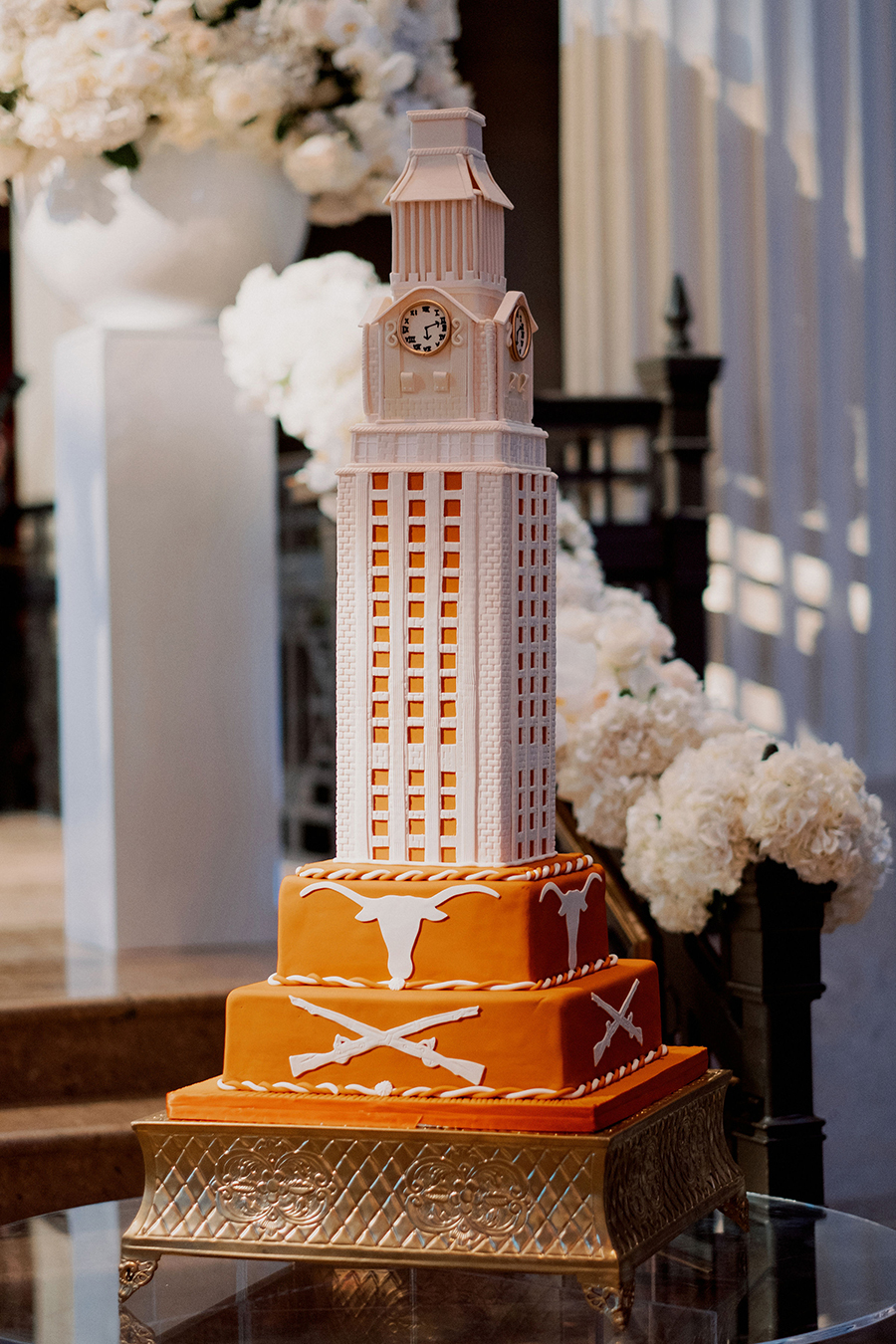 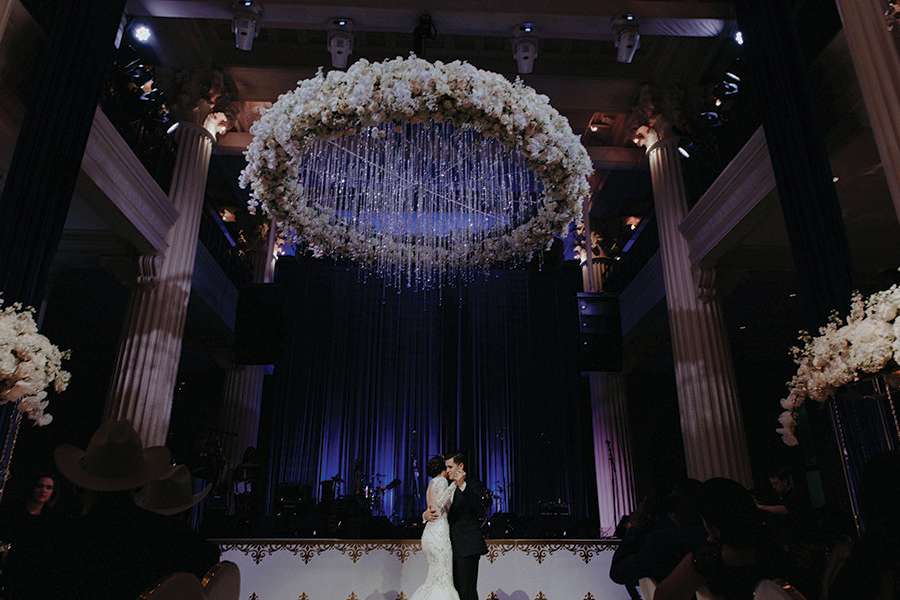 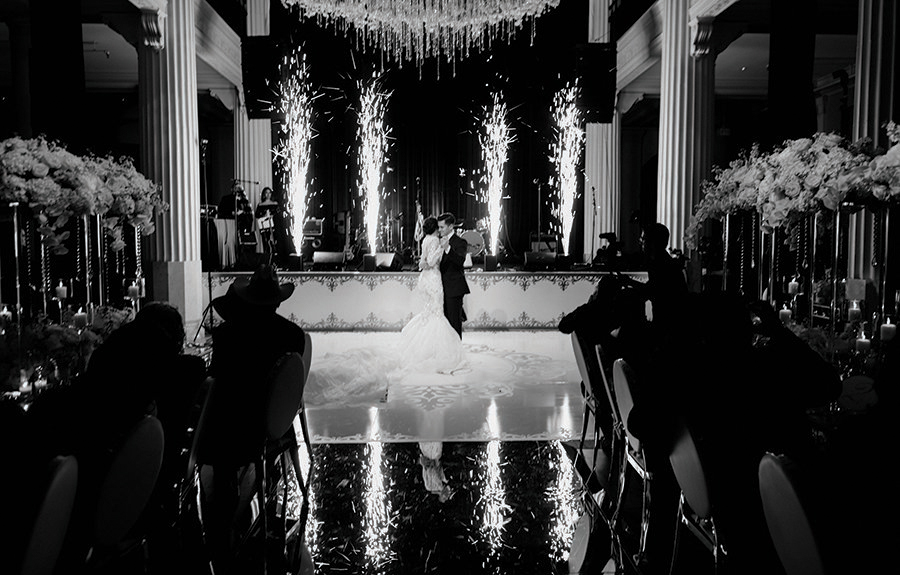 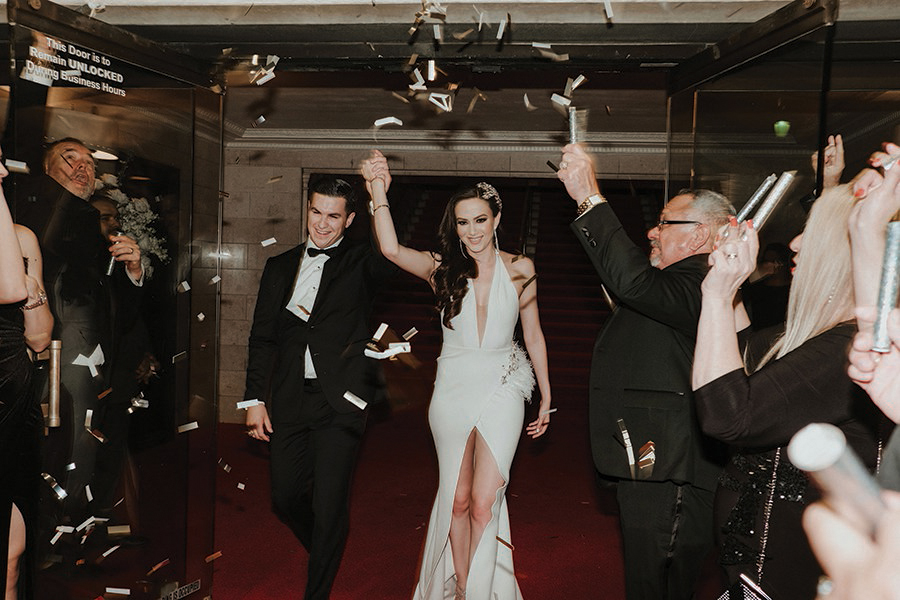