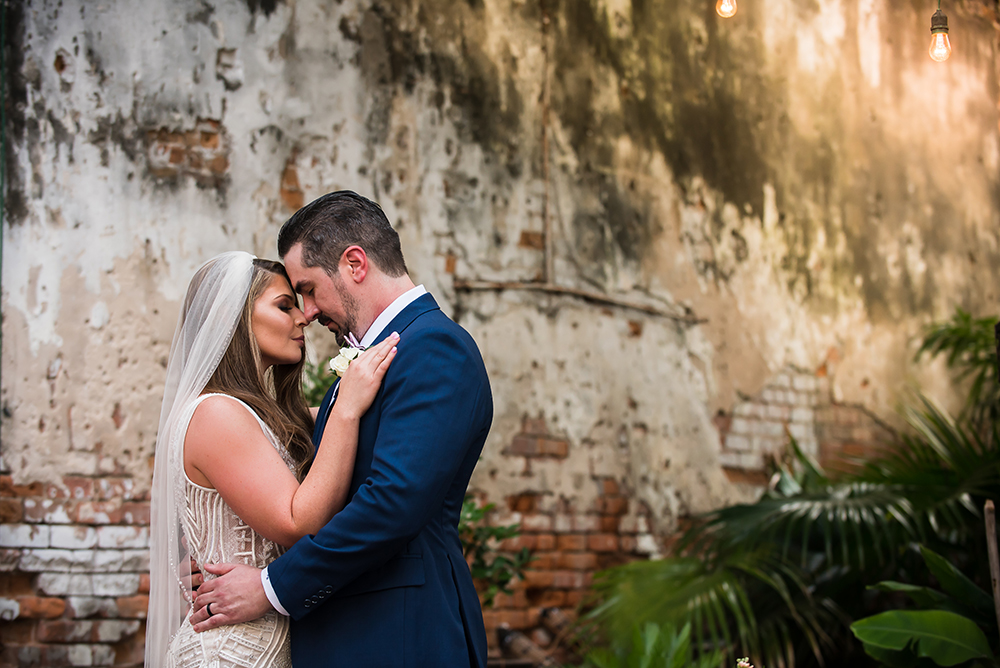 Though they were in the same social circle in high school, Shelley and Frank were dating other people at the time. It wasn't until 10 years later that the pair reconnected during a Labor Day weekend trip with mutual friends…and sparks flew between them. Six years later, Frank proposed to Shelley on their dating anniversary after a hike up the Alpine Ridge Trail in Estes Park, Colo. As with their first "date" and their engagement, the couple's wedding also took place on Labor Day weekend, at the iconic Corinthian Houston. The bride describes her wedding decor as "Art Deco-inspired, with lush greenery, airy bouquets of fluffy flowers, and gold and navy accents," all beautifully created by Plants N' Petals. "At the sweetheart table we brought in two large bird cages which were accented with greenery, and replicated that same look at the altar, which was later repurposed for the cake table backdrop," the bride explains. For the reception meal, guests indulged in an all-vegan meal featuring stuffed mushrooms, tacos, vegan queso and "Beyond Burgers." The music from LG Event Entertainment & Production set a fun, upbeat tone for the evening, with songs by Queen, instrumental covers of metal songs, and the couple's favorite television and movie theme songs. Shelley and Frank's favorite memory from the evening? Dancing the night away, of course! 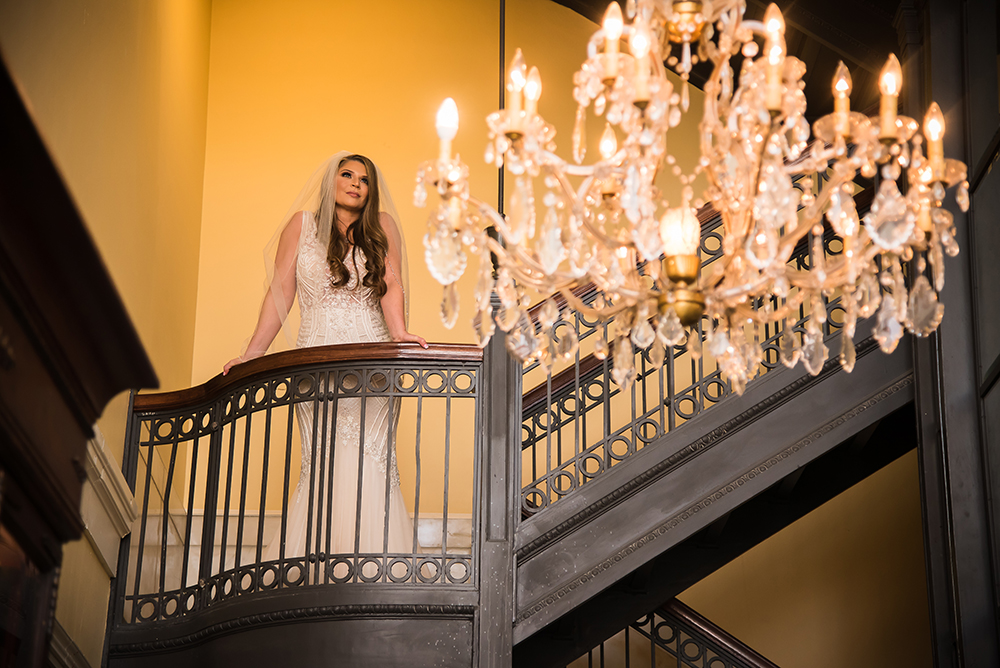 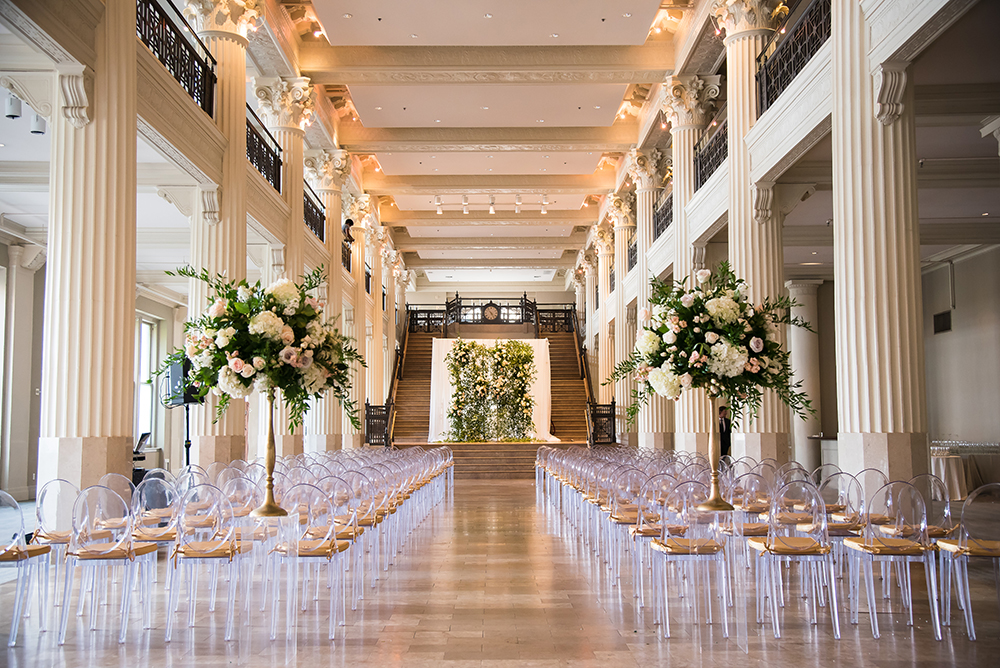 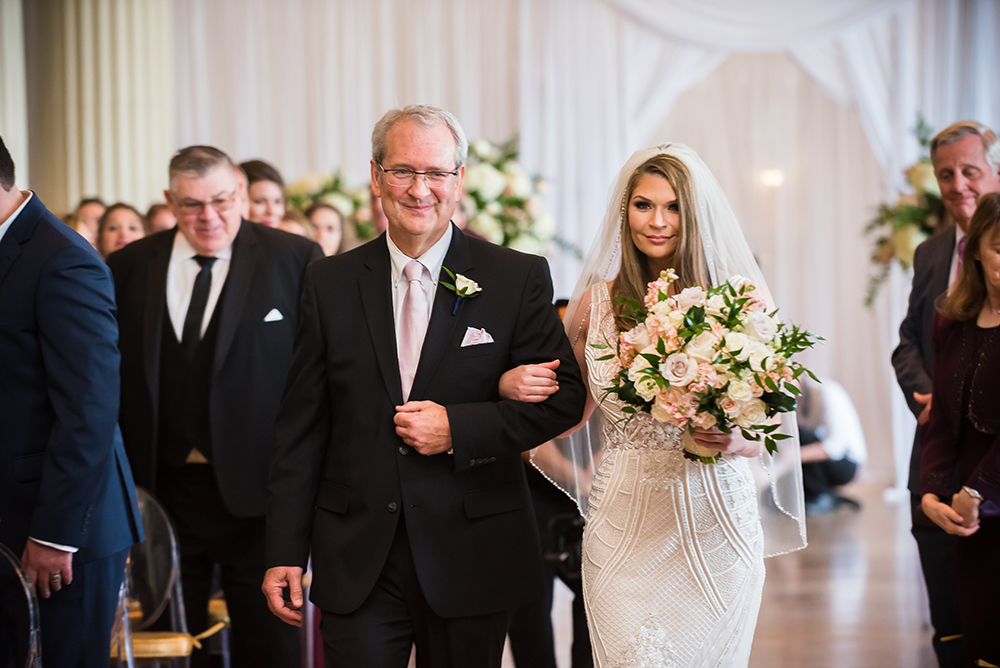 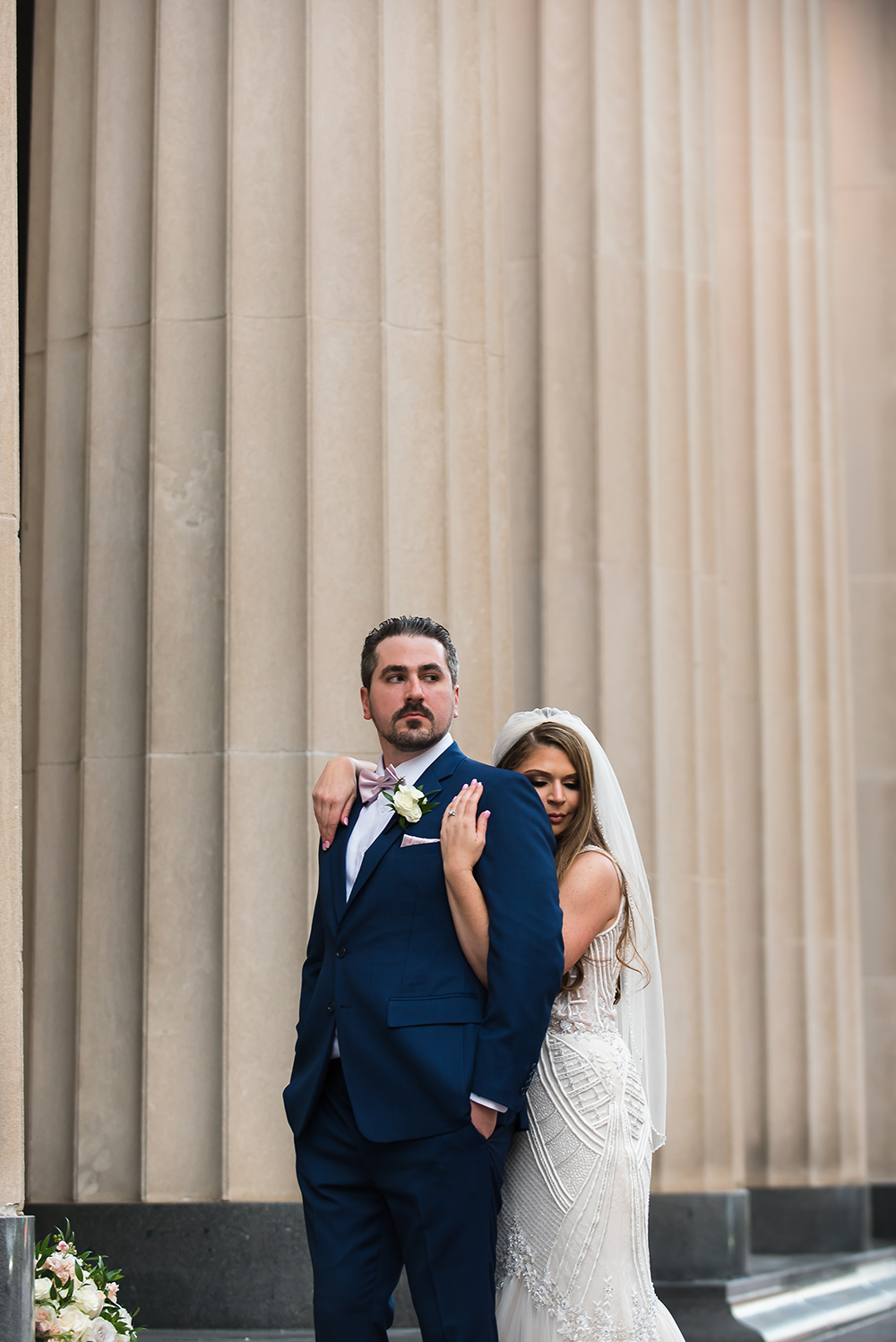 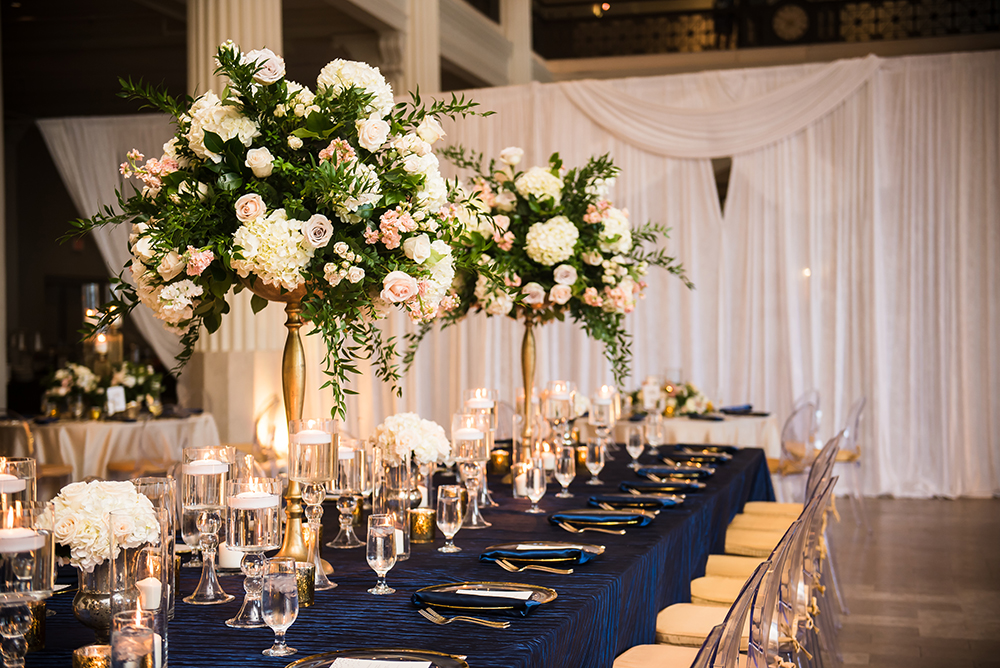 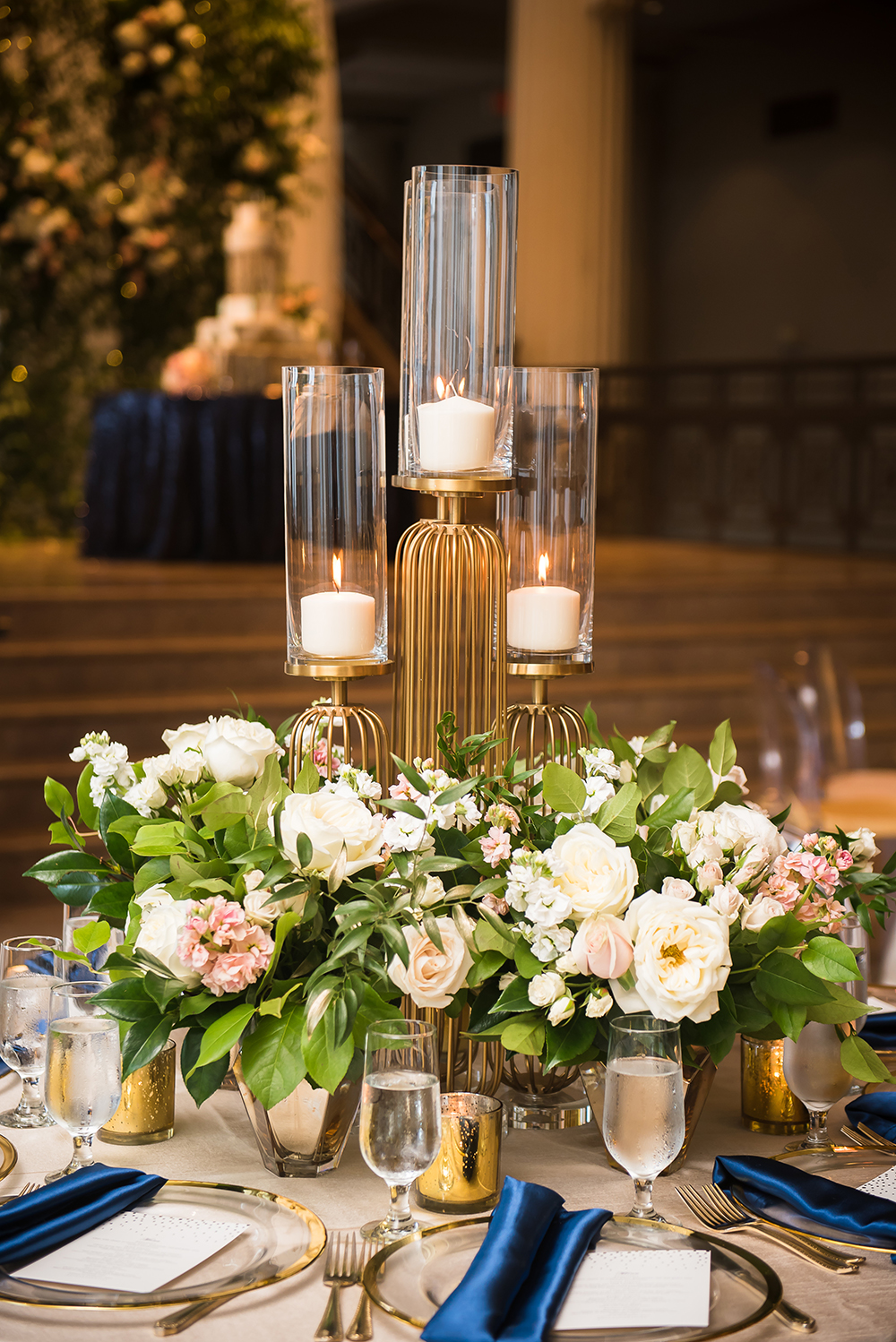 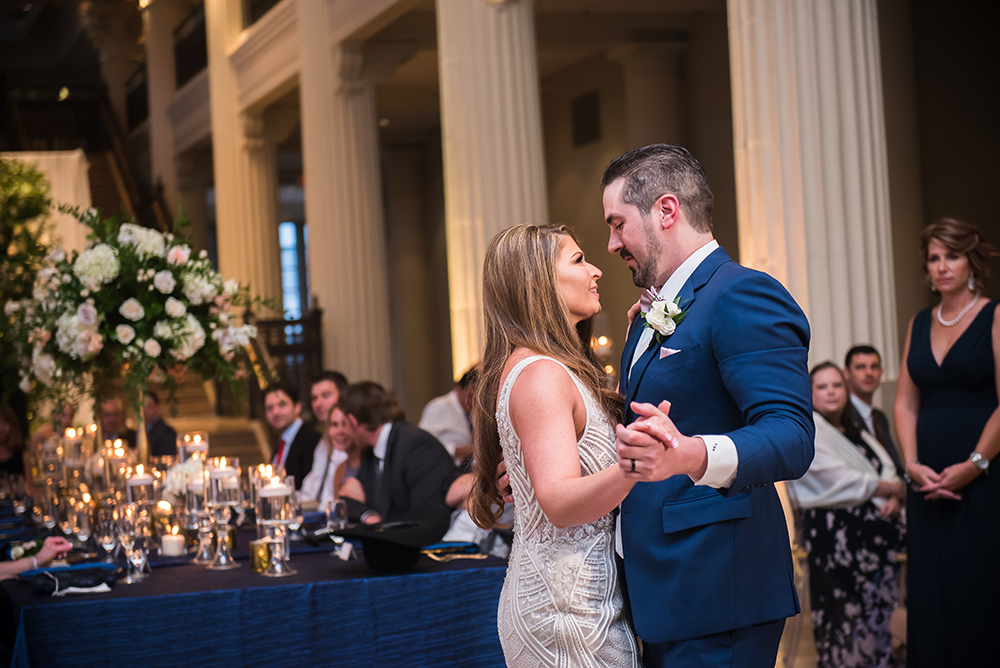 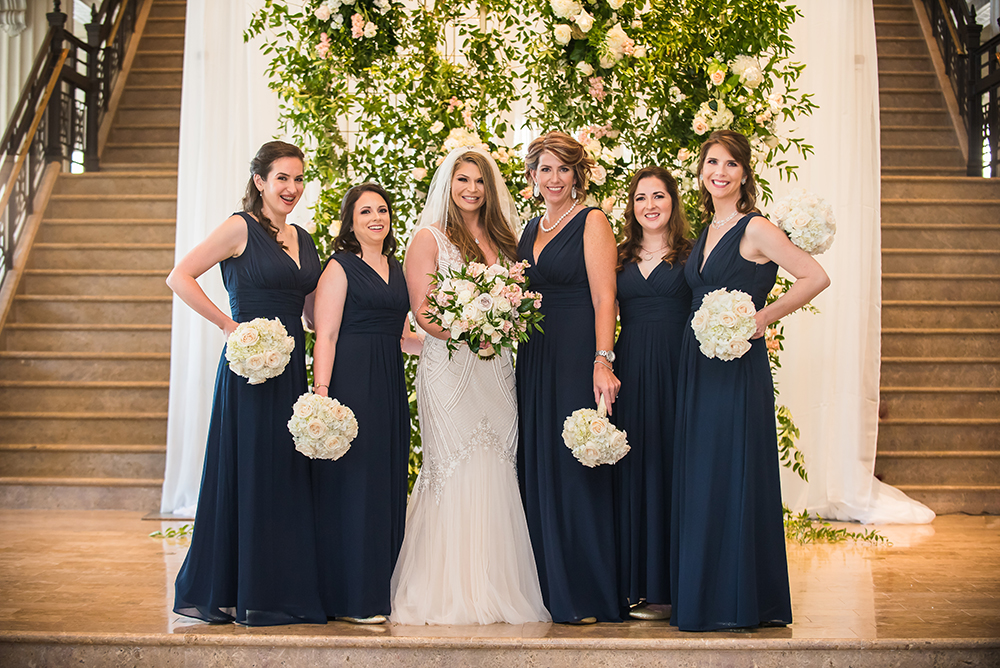 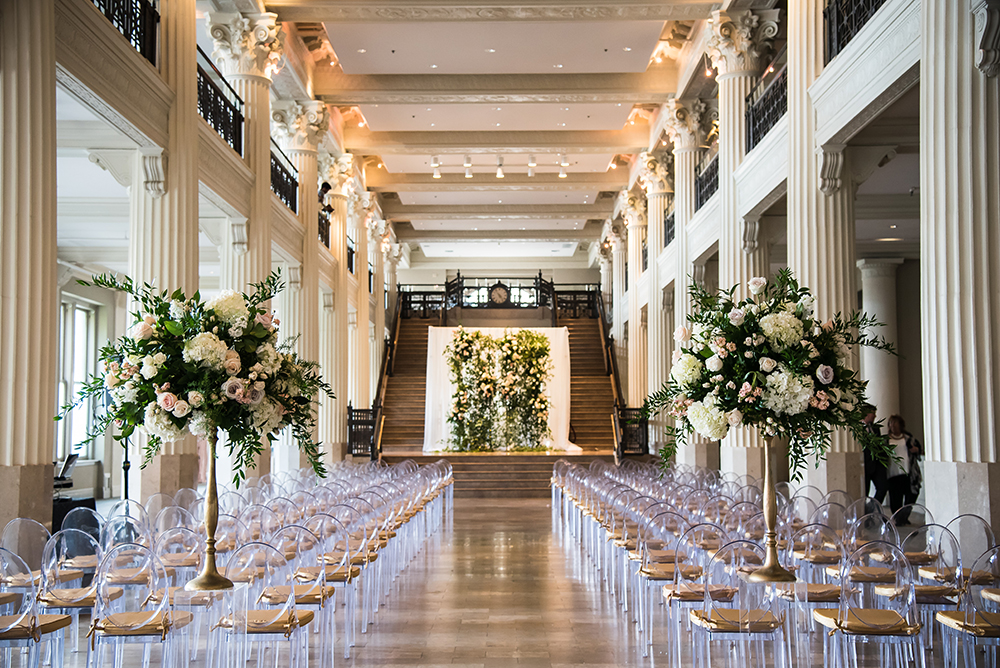 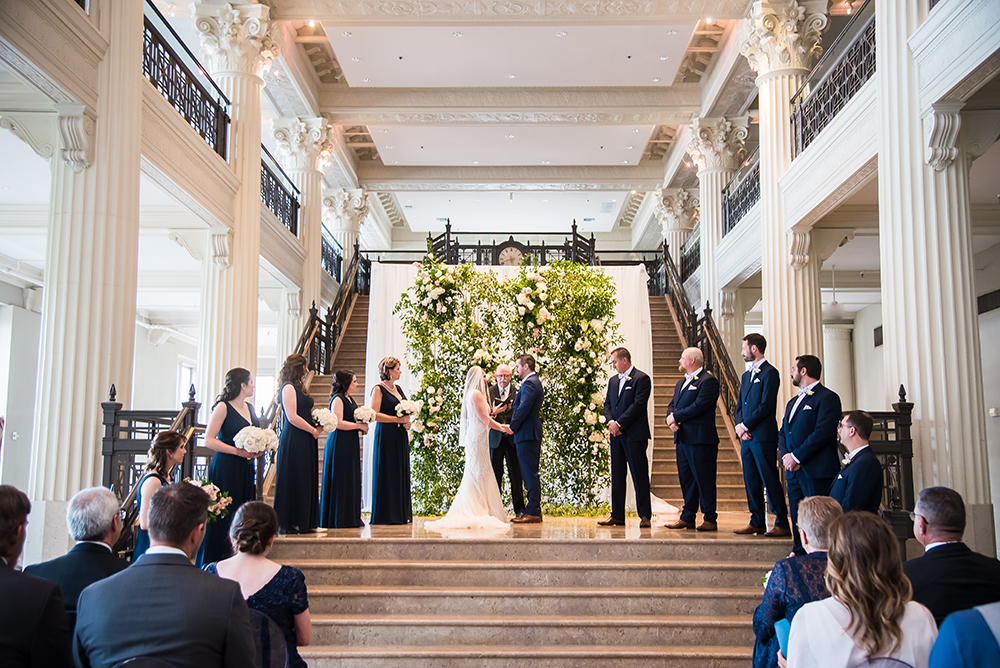 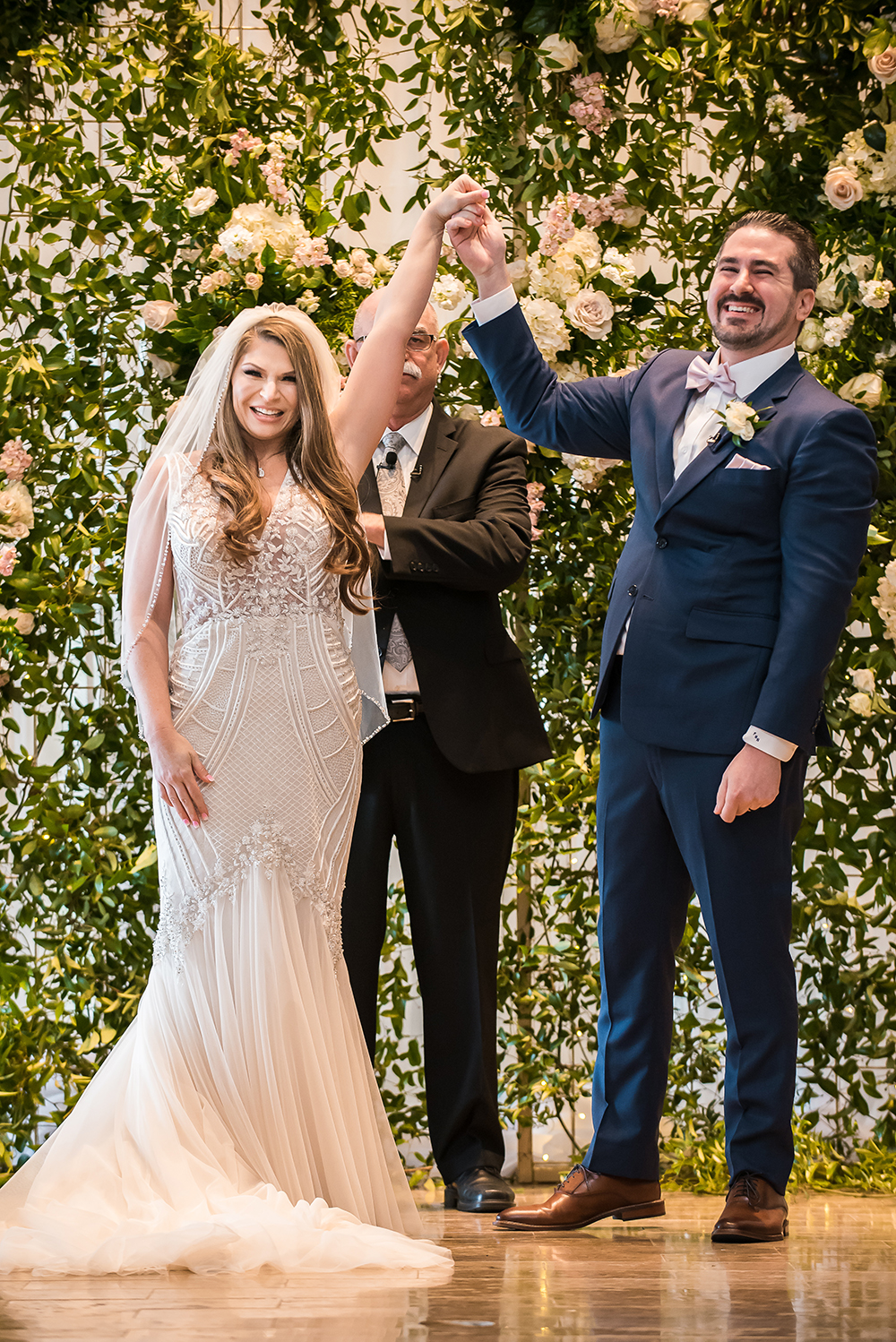 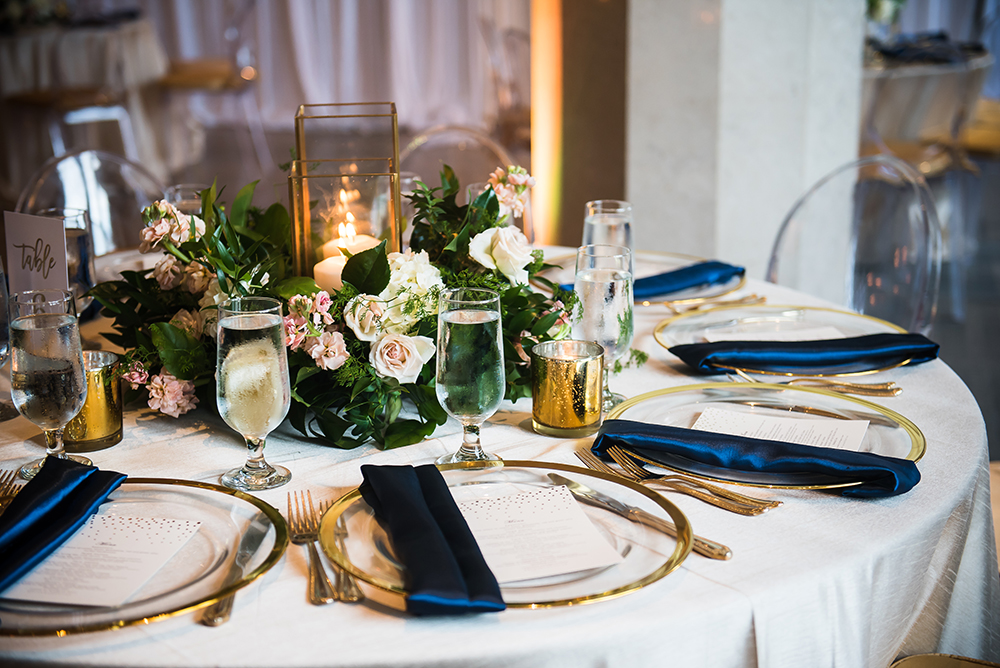 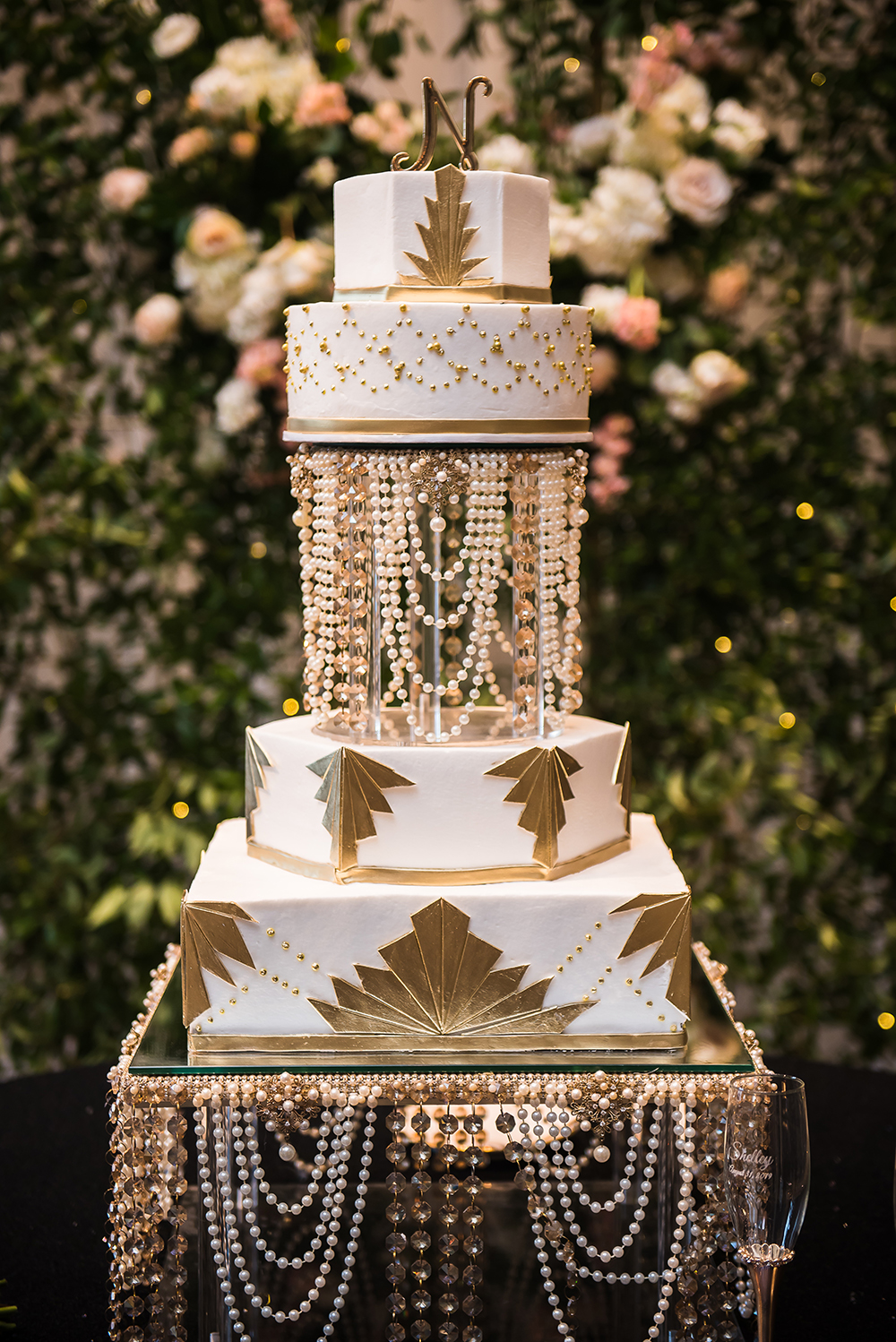 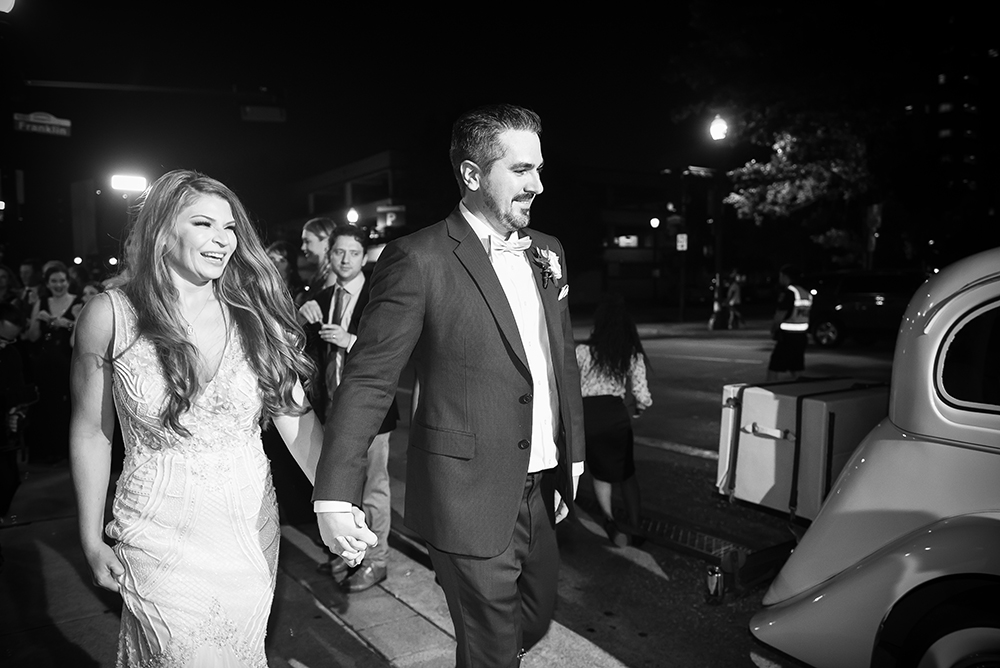