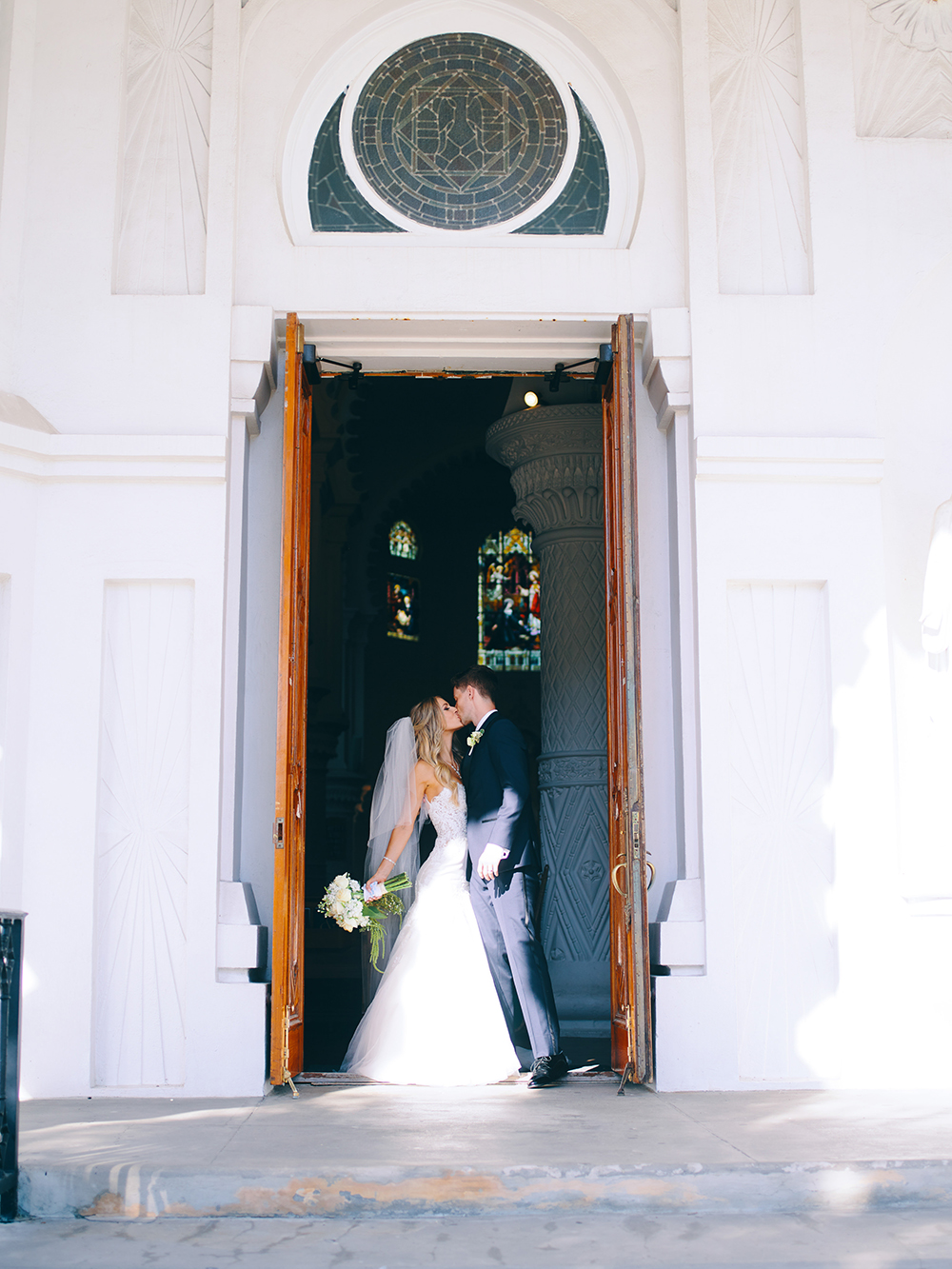 Remember that hilarious Geico commercial where the groom daydreams of riding his motorcycle through the countryside, only to be jolted back to reality by his bride, at the altar, asking, "You realize your vows are a Whitesnake song?" Which the groom acknowledges with a smirking "I do." Well, the bride in that spot is none other than College Station's own Sarah Toups (known more commonly by her professional name "Sarati"). And when she wed her real-life love, Jesse, you better believe his mind was right where it should be—on his beautiful bride in her lace-bodice Martina Liana gown, both of them saying their solemn vows in a Galveston Catholic church ceremony. The couple, who met on a California film set, joined 155 loved ones to celebrate their union at the "Queen of the Gulf"—stately Hotel Galvez & Spa, where a classic wedding palette of white and gold set the stage for an elegant reception. As for the music, rather than belt-out-loud classic rock, the playlist centered on standards and favorites from the 1940s and 1950s, highlighting the historic venue's timeless grandeur. 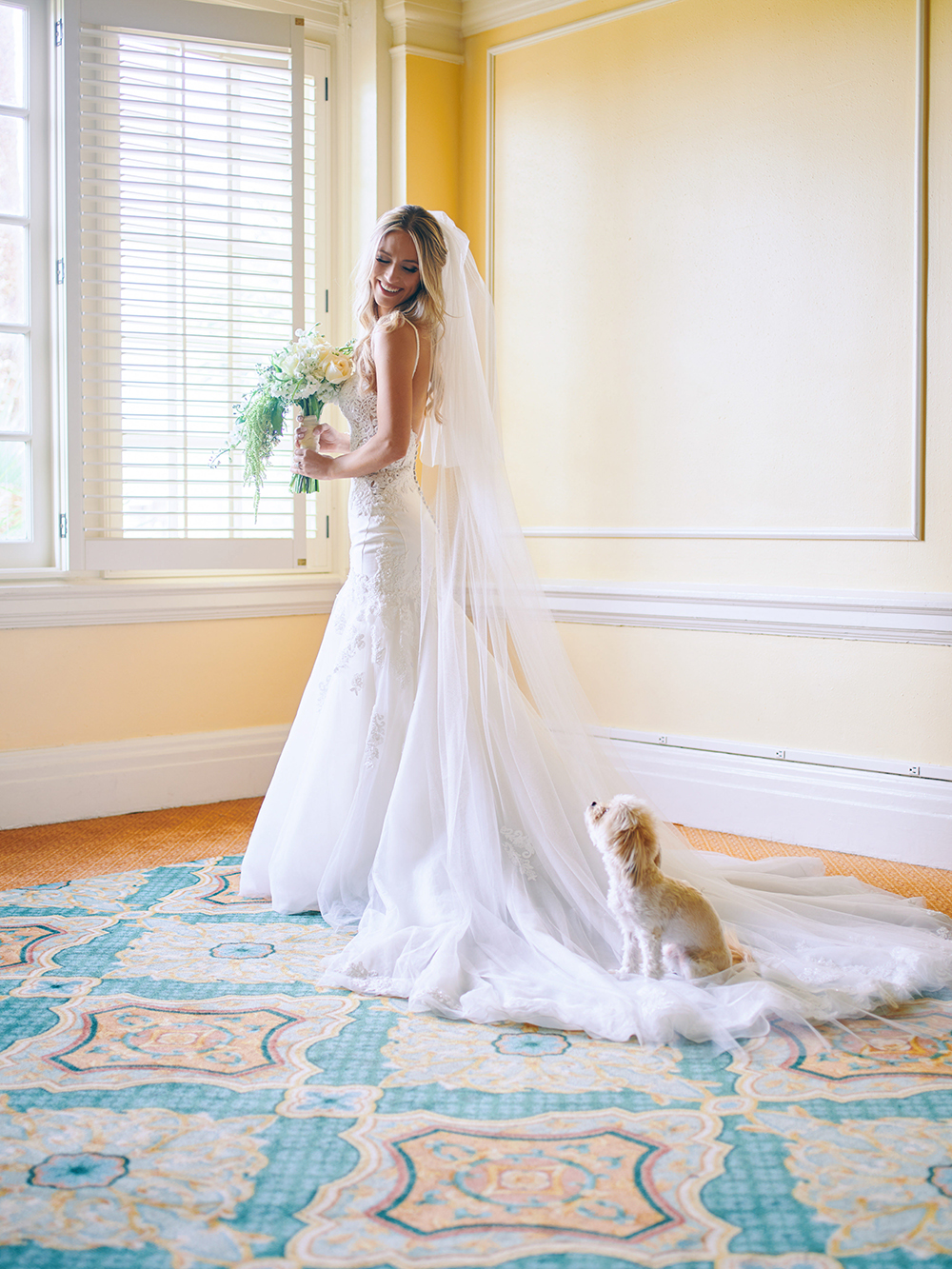 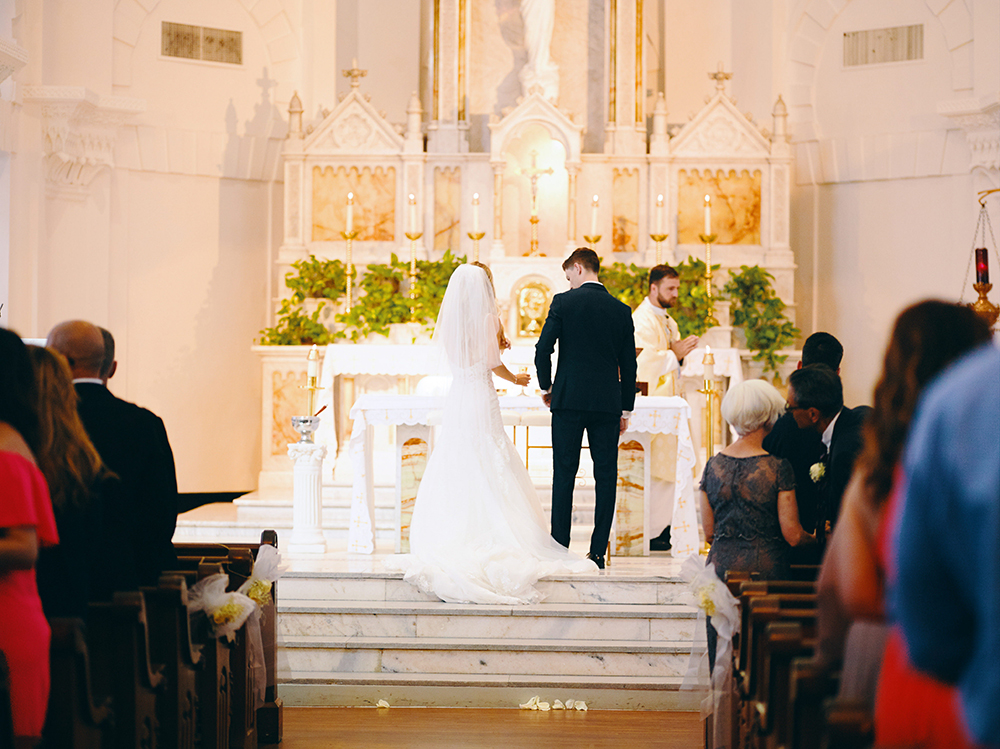 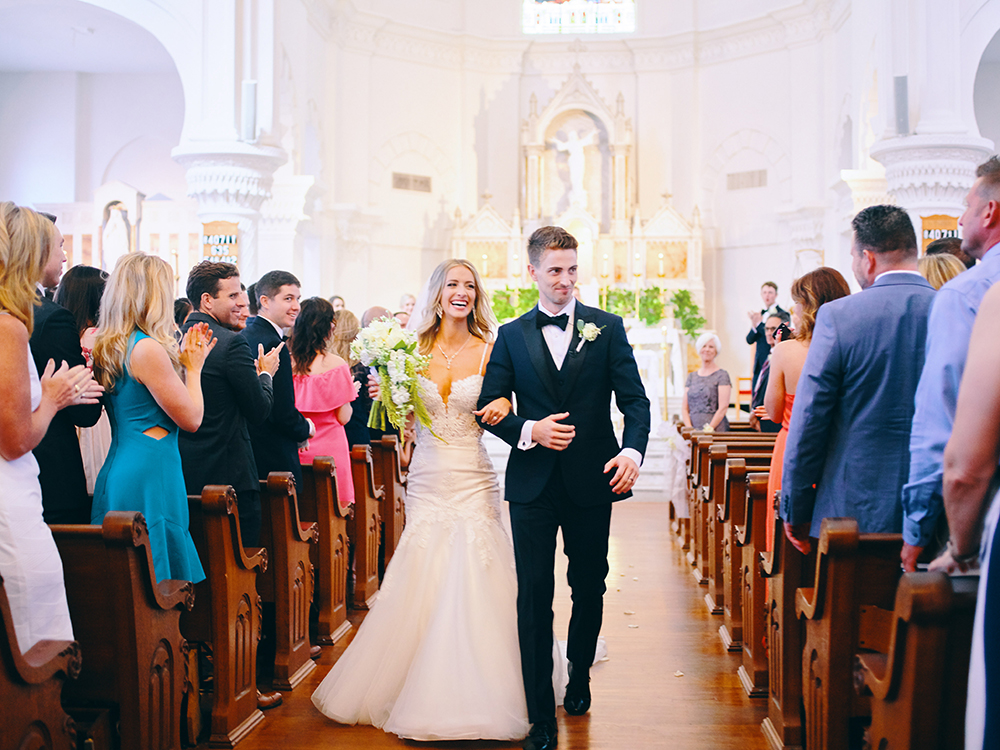 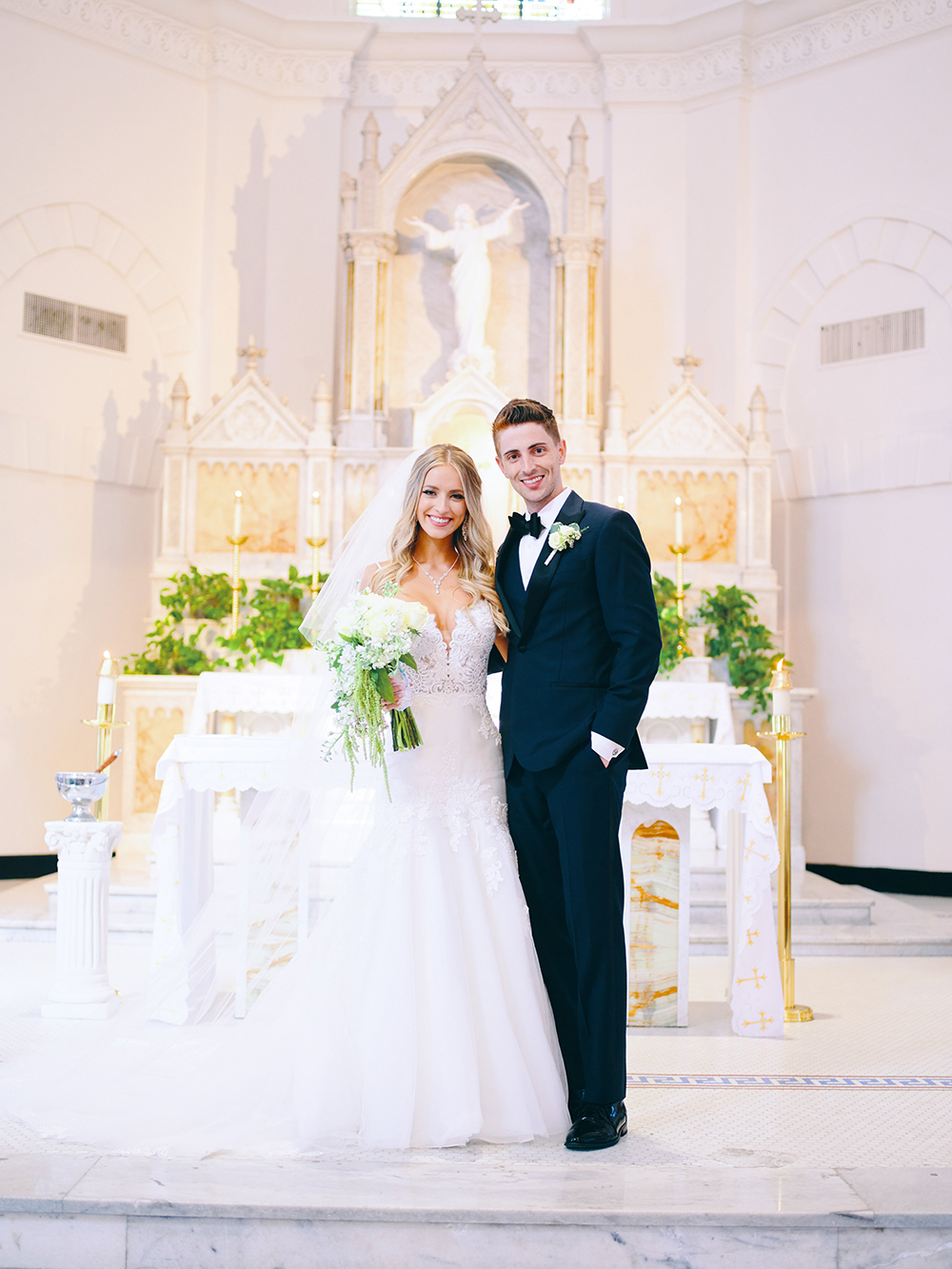 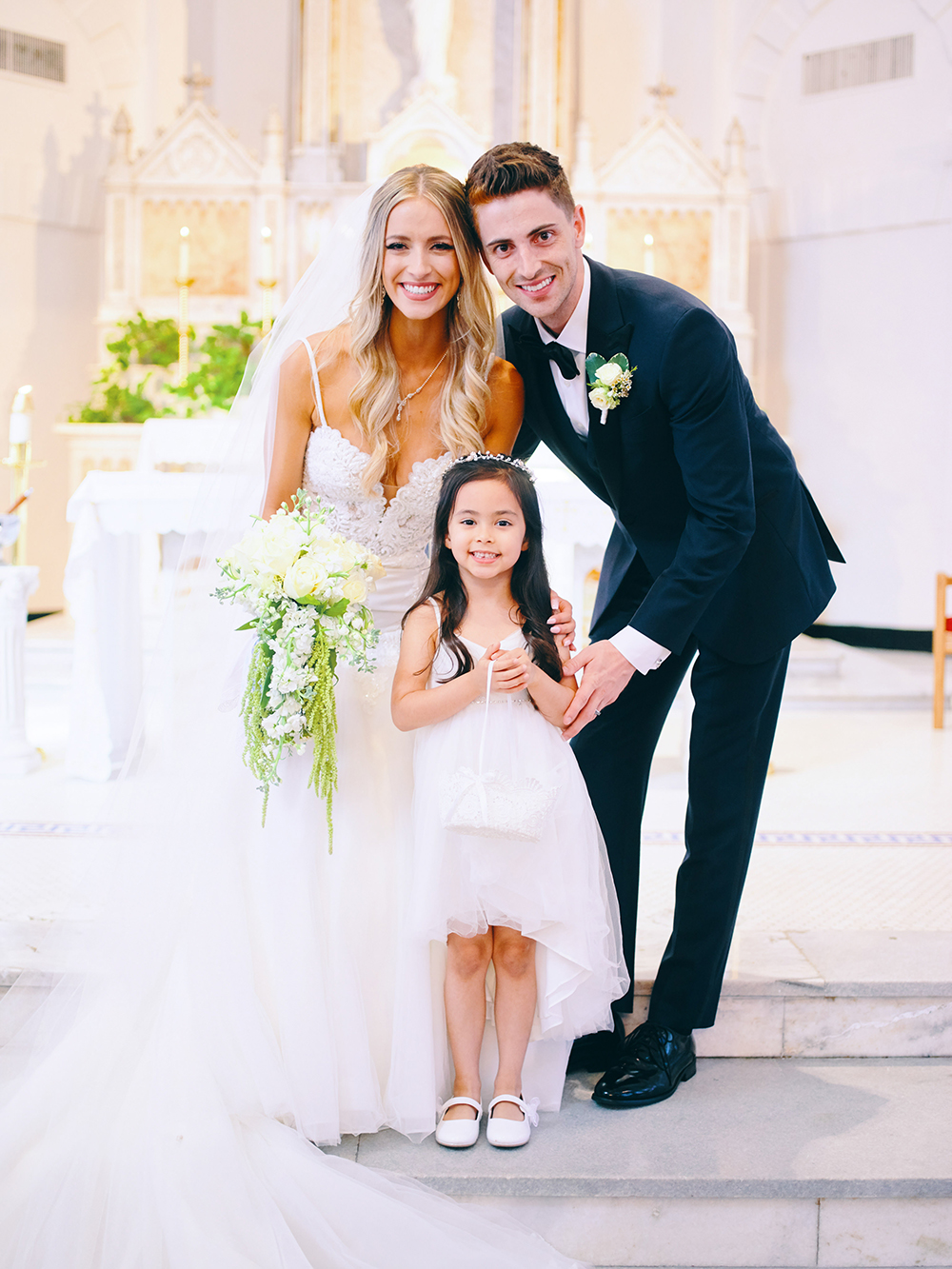 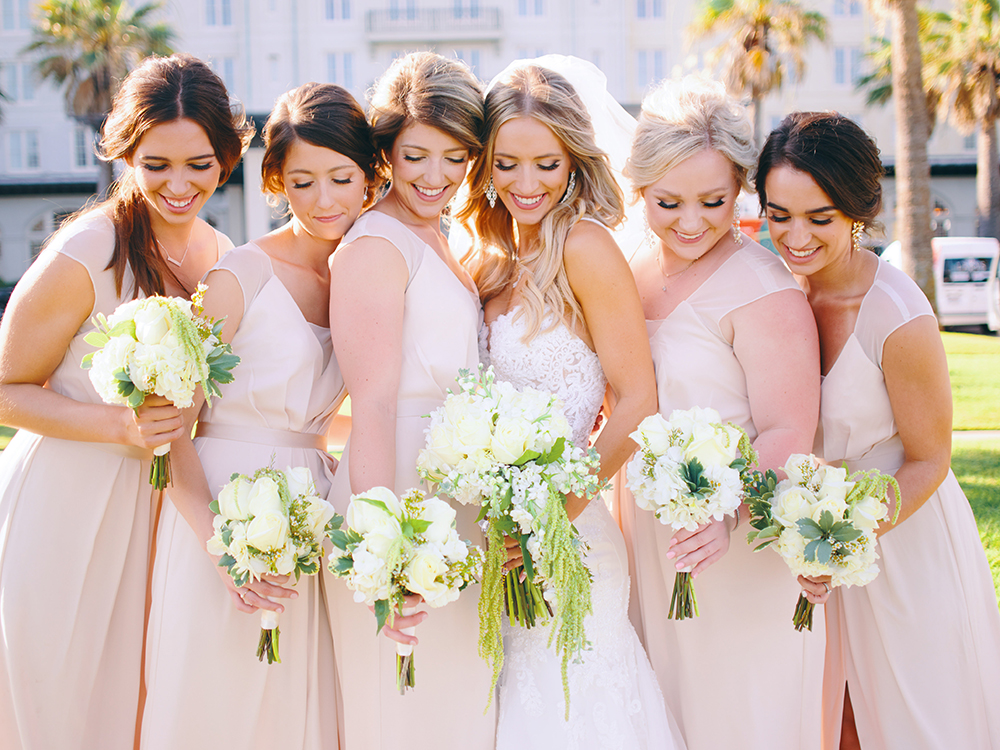 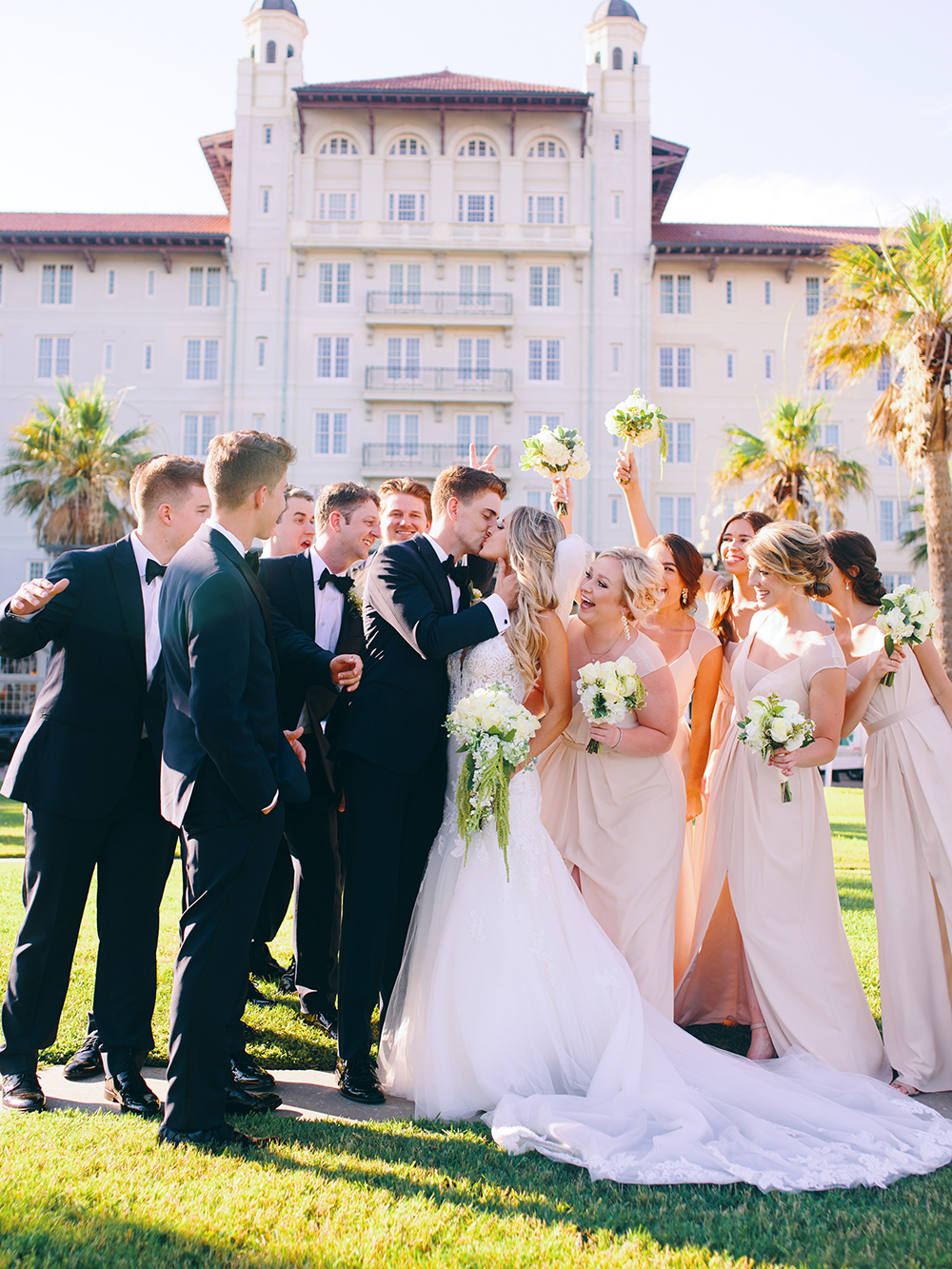 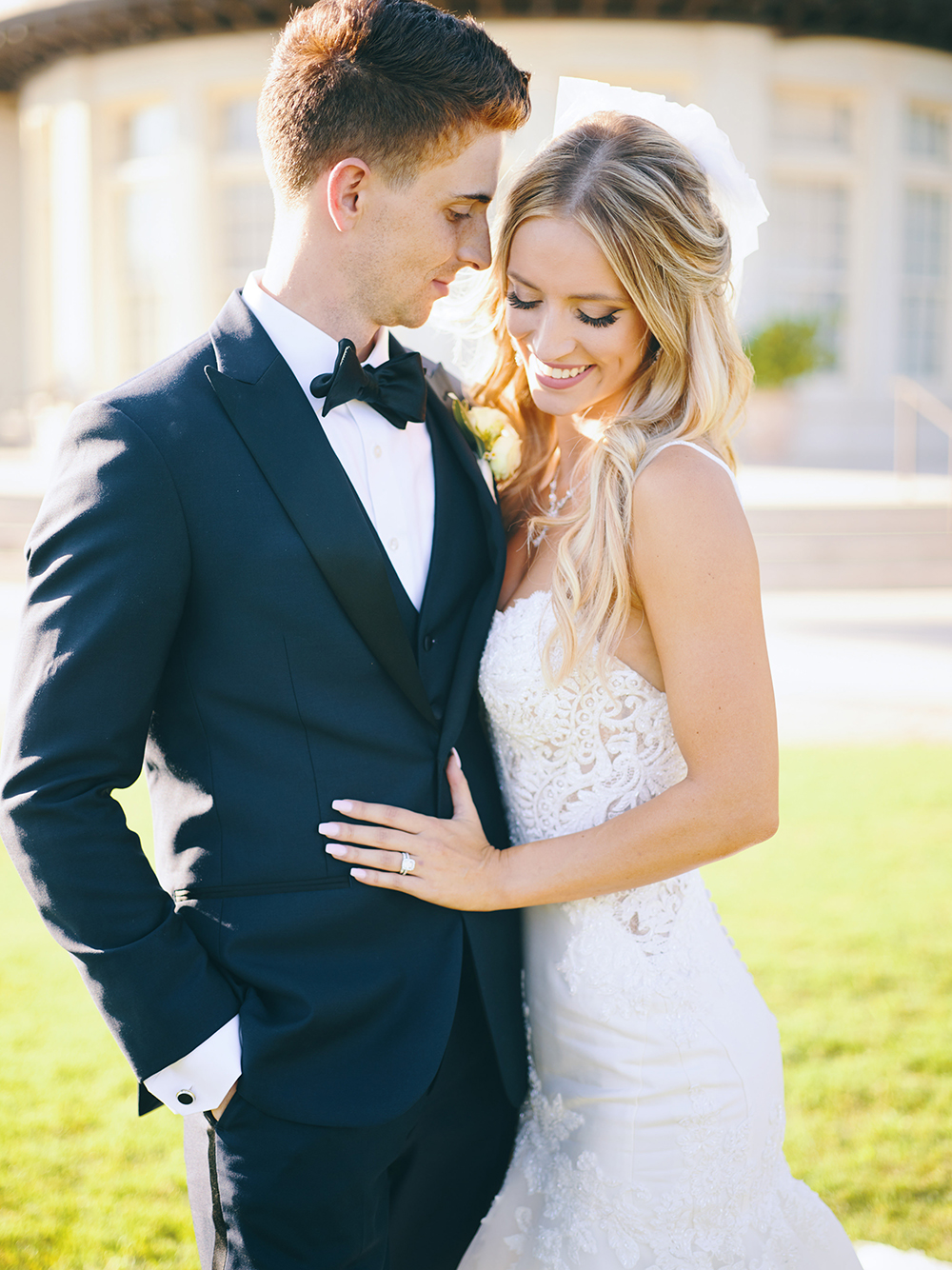 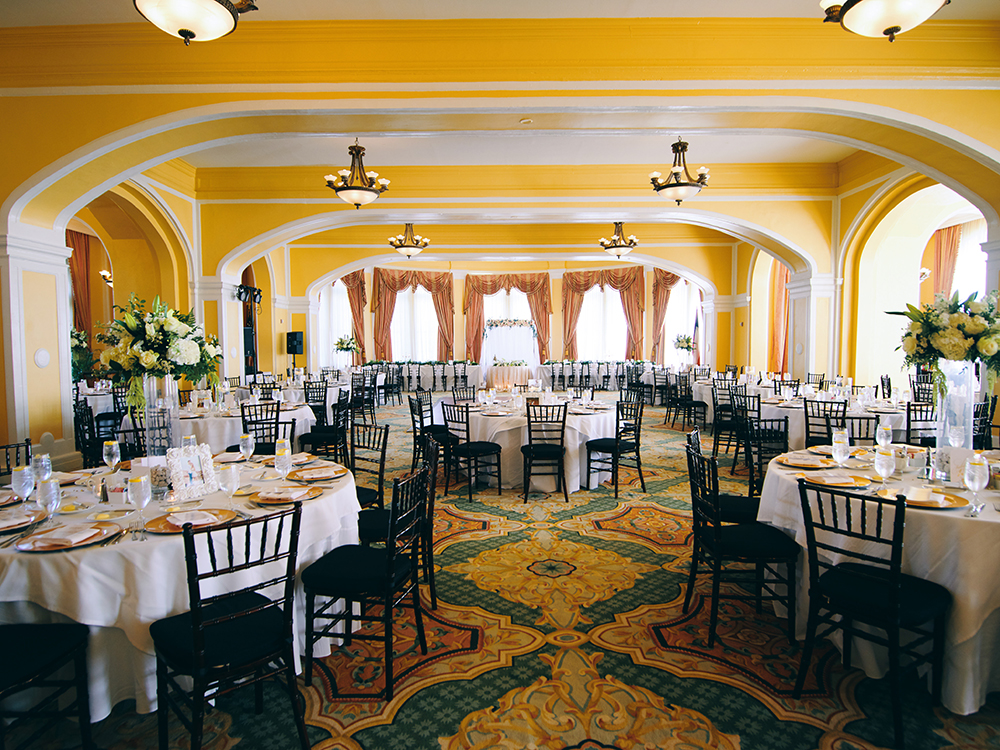 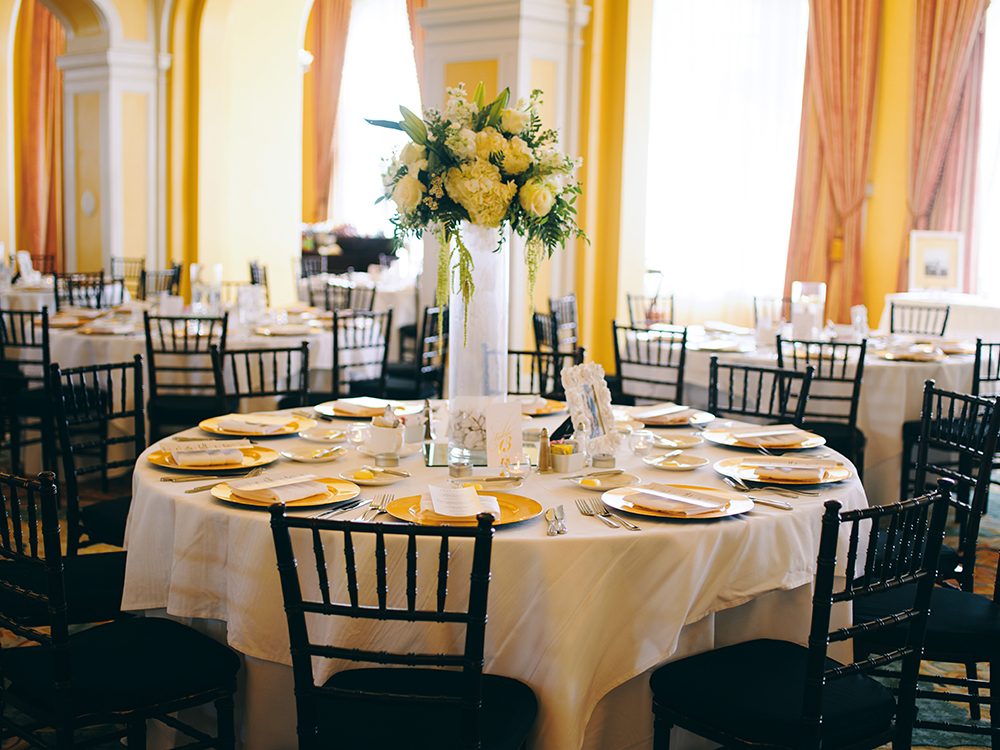 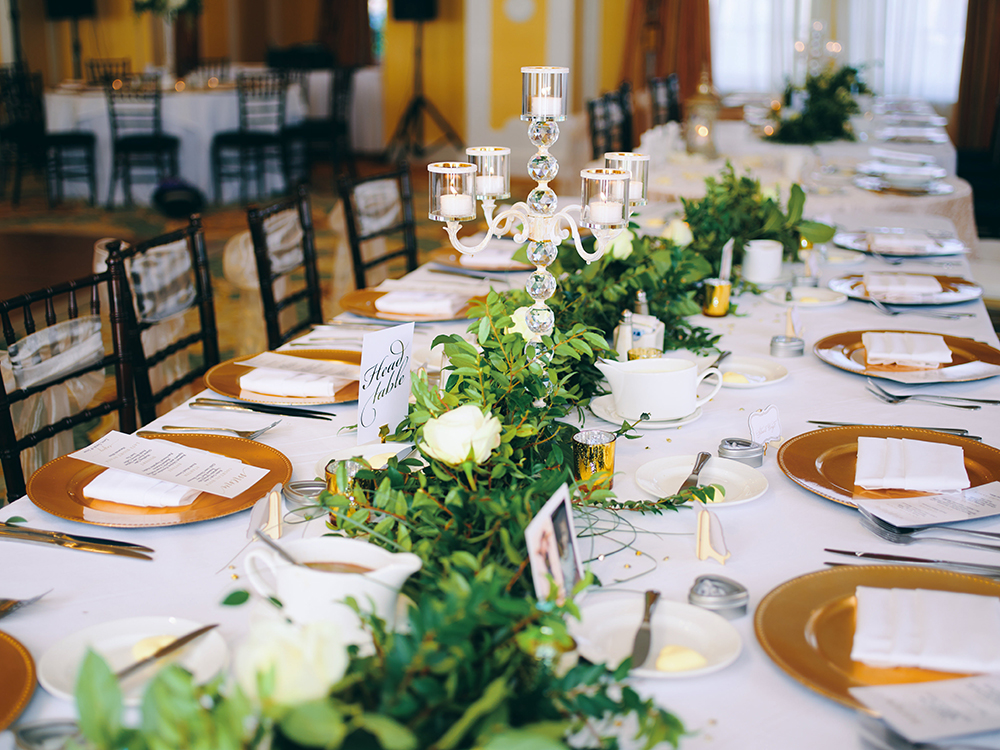 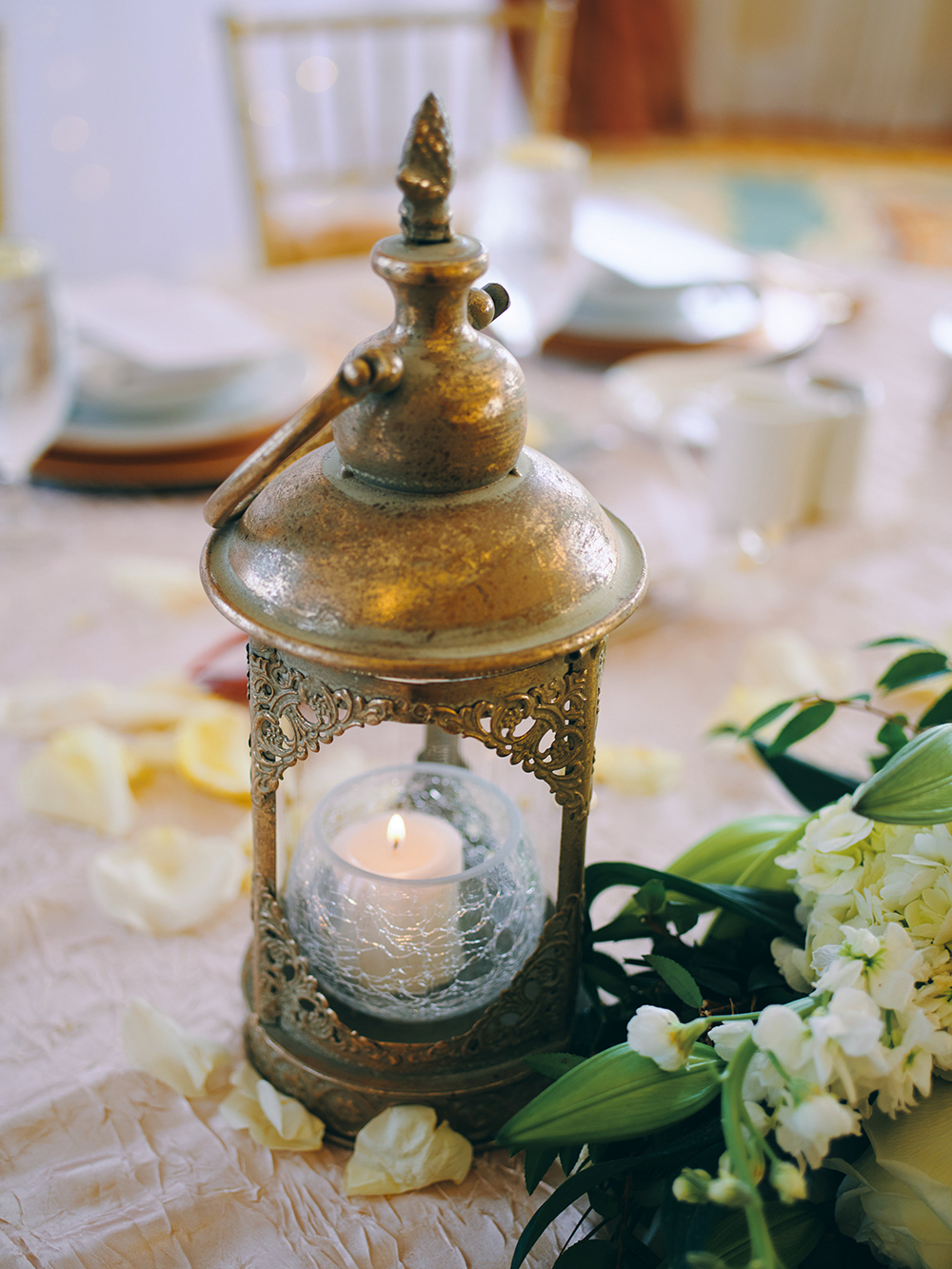 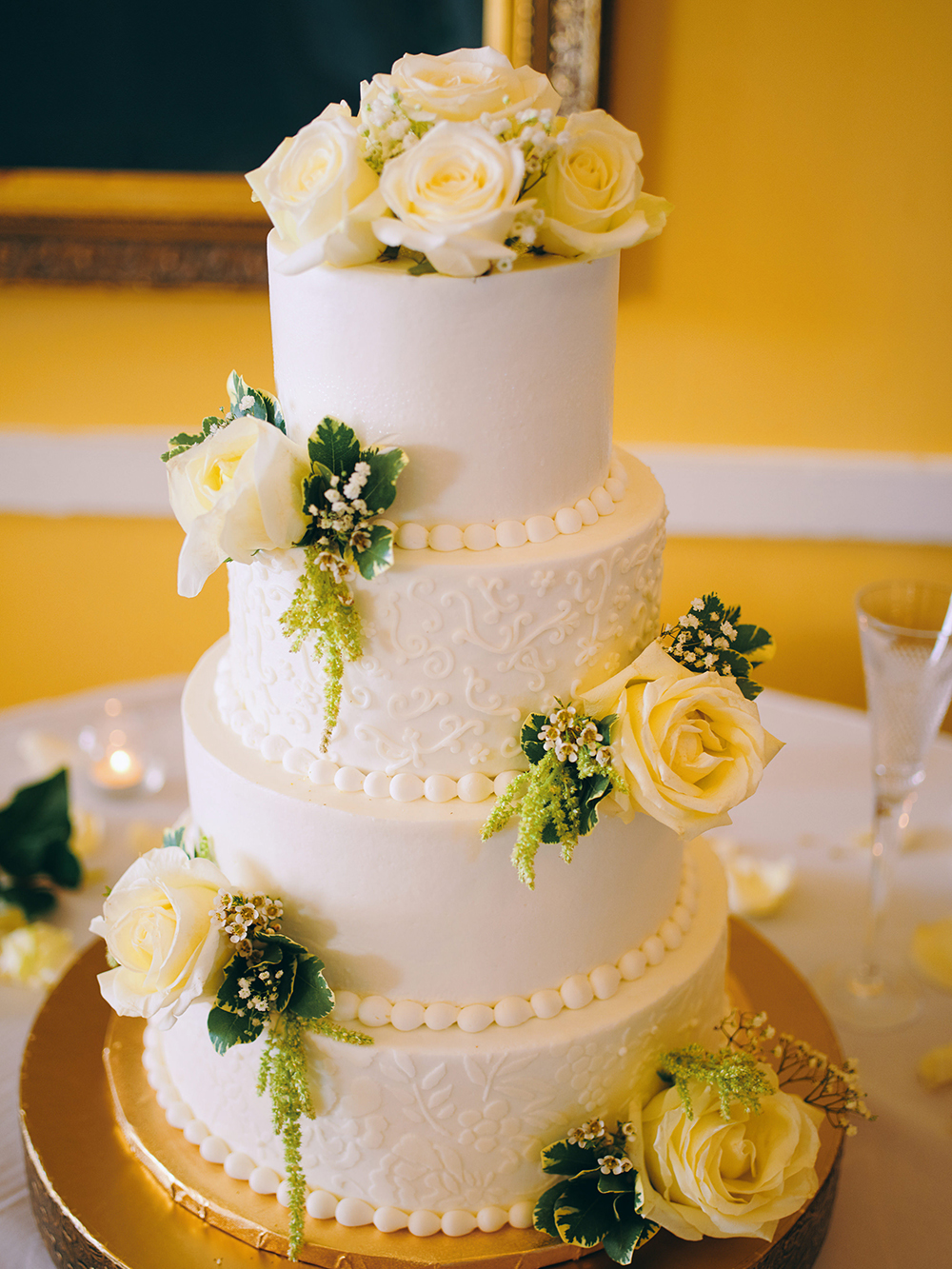 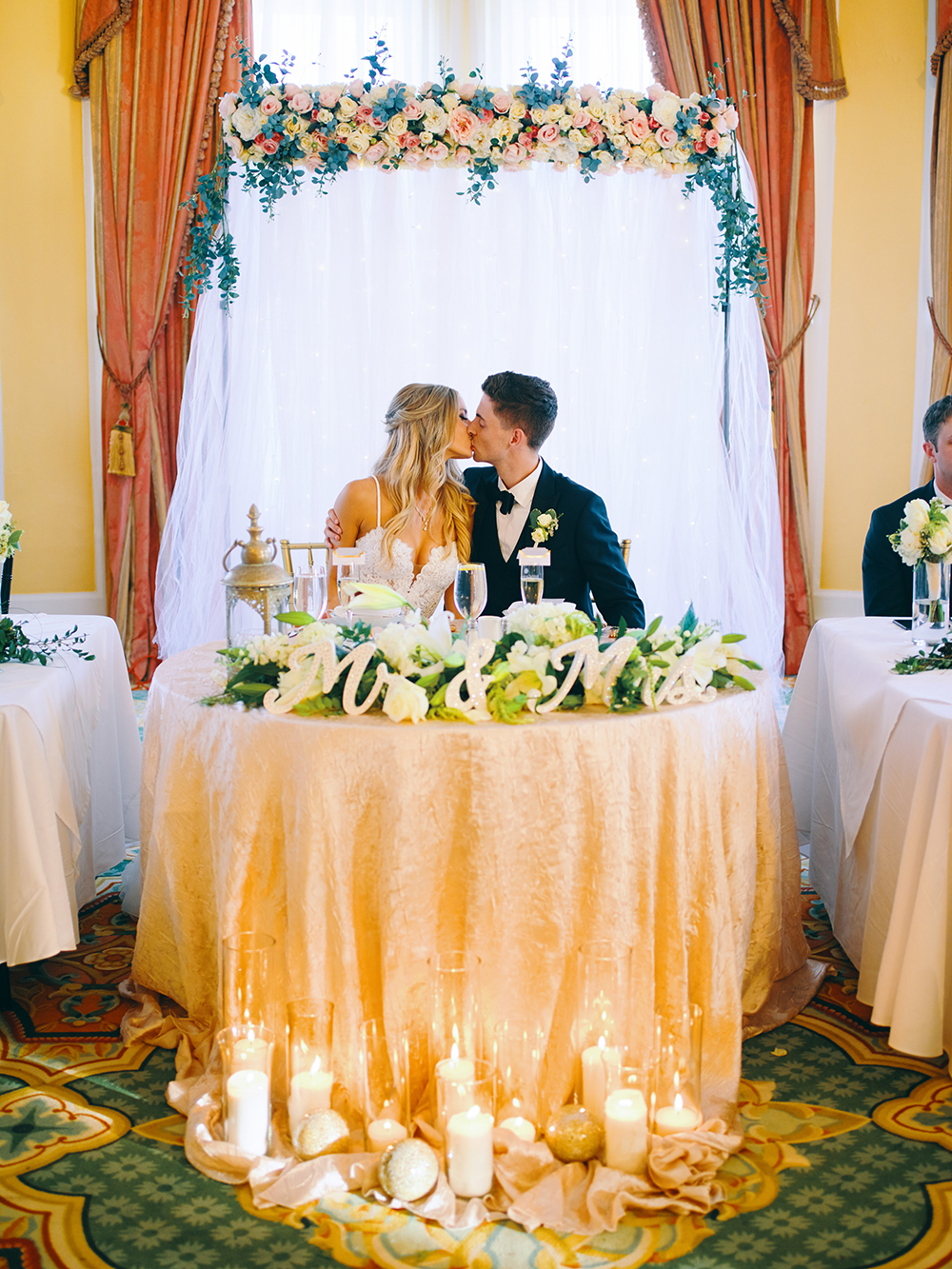 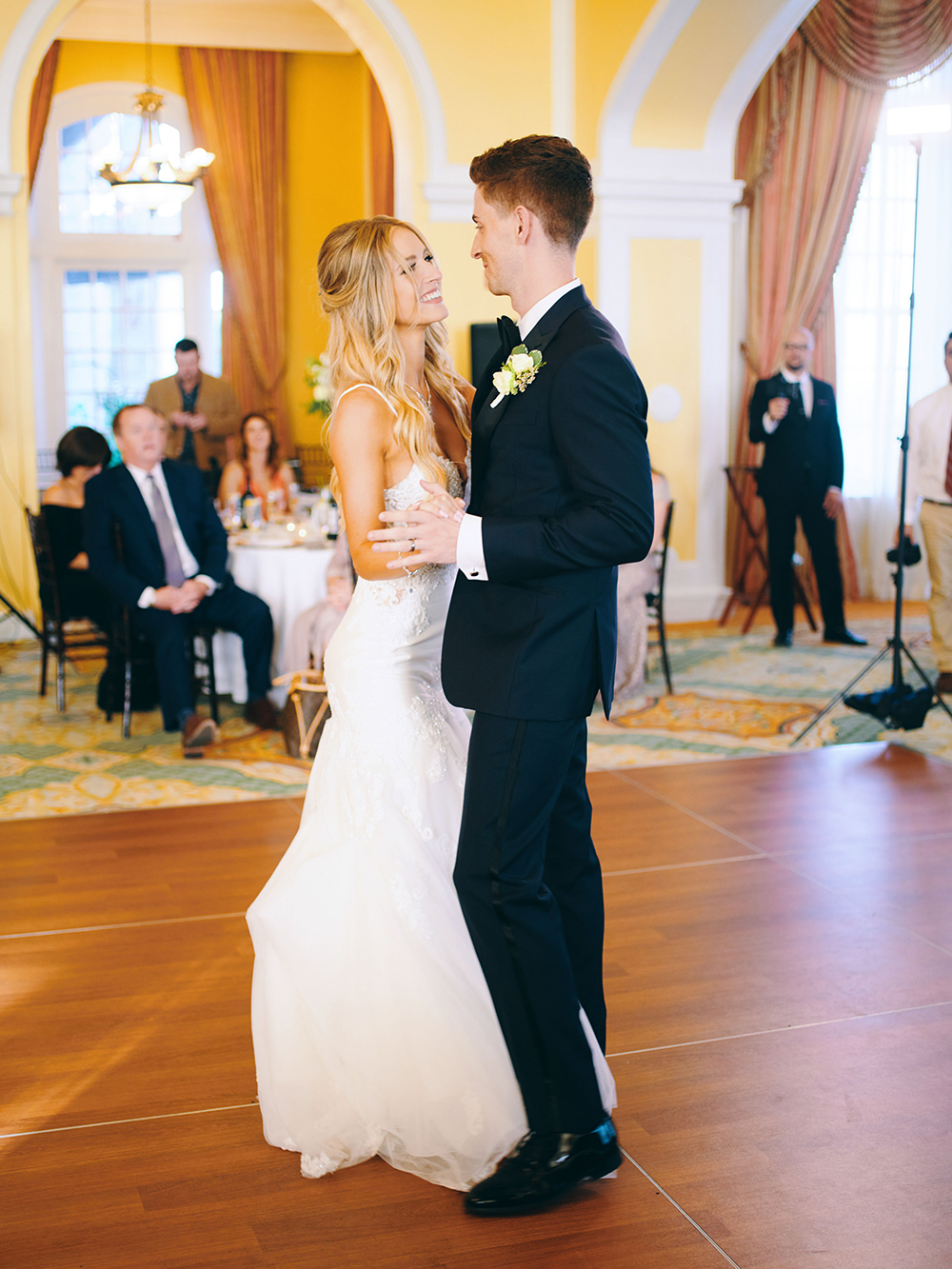 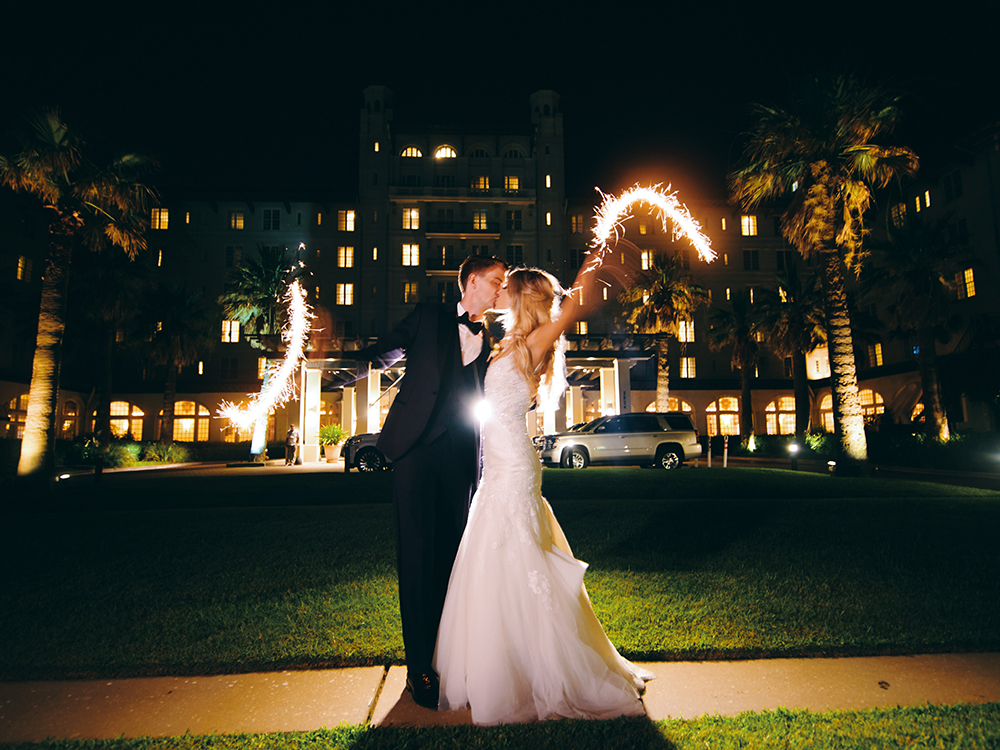 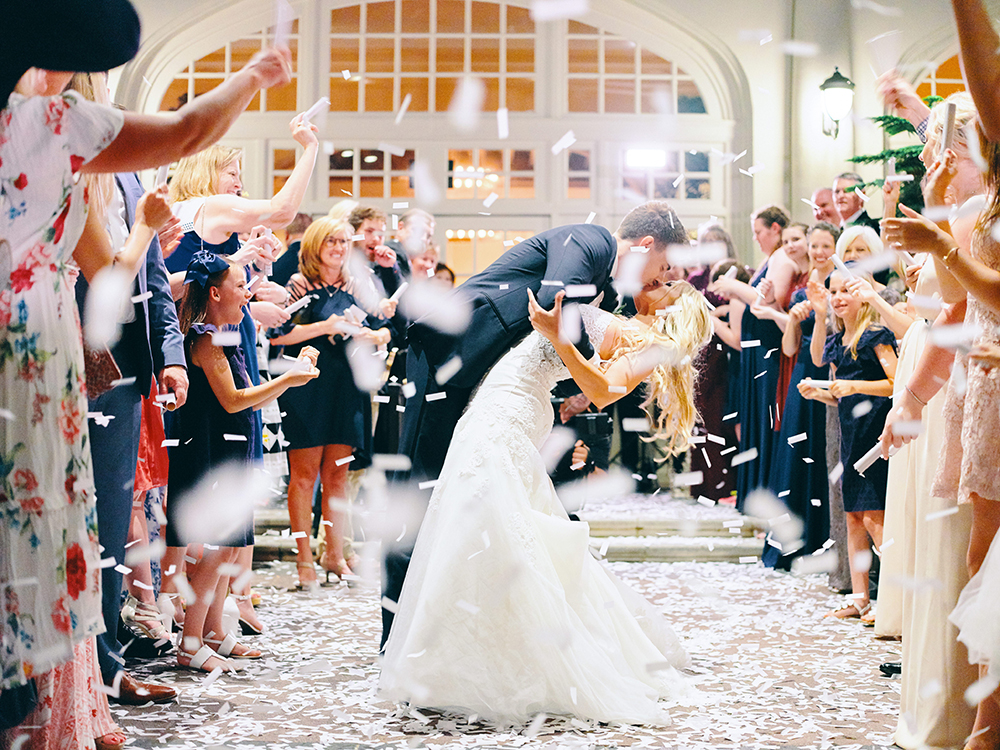