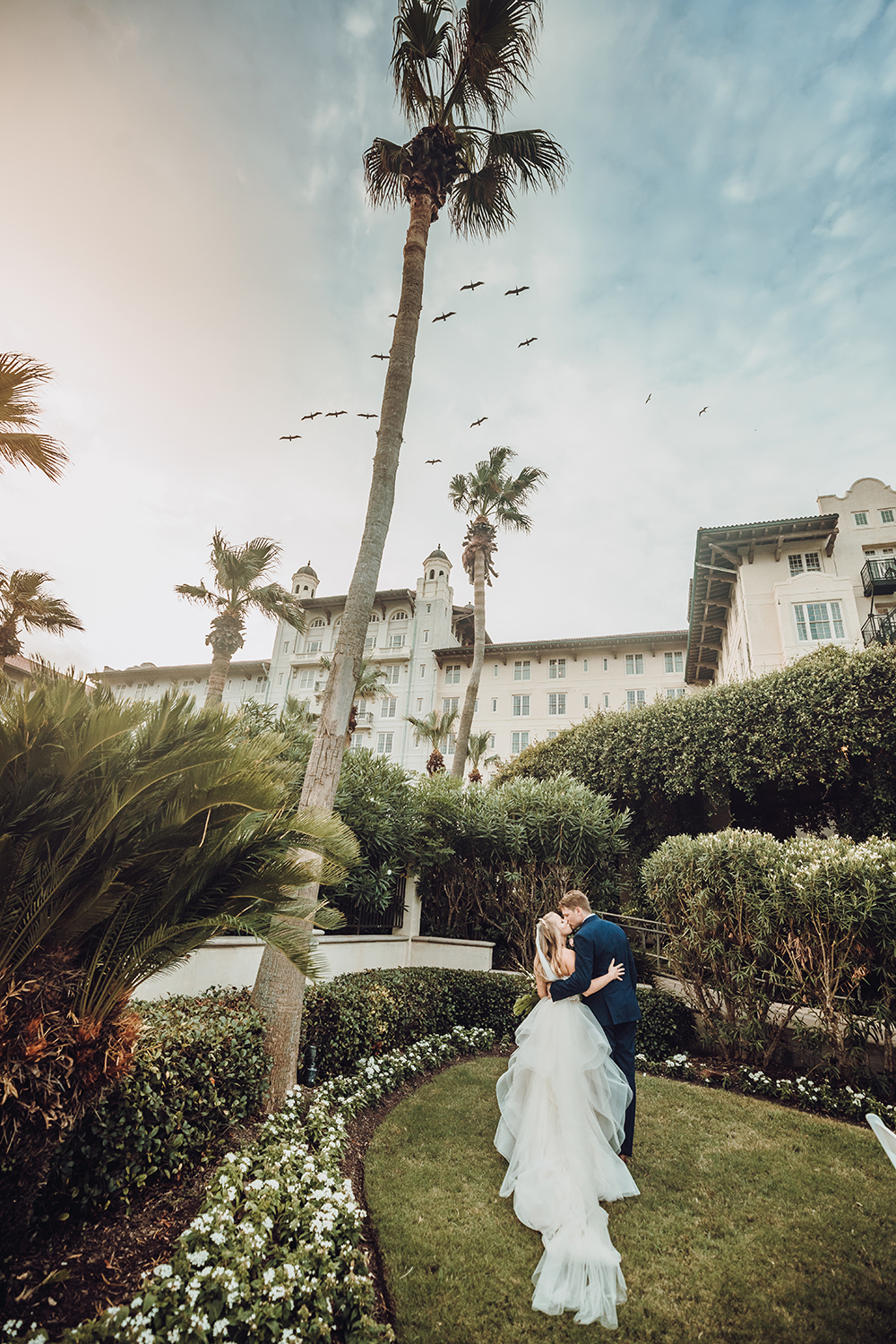 Kate met Grant through mutual friends when she moved to the San Francisco Bay Area. A week later he asked her to a San Jose Sharks hockey game, but what was supposed to be a "friend date" quickly developed into something more. During the summer of 2017, Grant booked the penthouse at a beautiful Sausalito, Calif., inn as a "birthday present" for Kate. "He set up a camera on a tripod and told me he was taking a long exposure photo of the fog rolling in over the bay, and he asked me to stand really still," recounts the bride. "He told me to turn around, and when I did, he was down on one knee and I burst into tears." The couple wed at Galveston's historic Hotel Galvez & Spa, surrounded by lush tropical foliage, and white and blush florals. Notes the bride: "The music and dancing were incredible. My dad is a musician and he and his bandmates kicked off the dancing by playing "Twist and Shout" by The Beatles. I thought he was going to play a sappy father-daughter song…but this was so much better, and he brought the house down!" 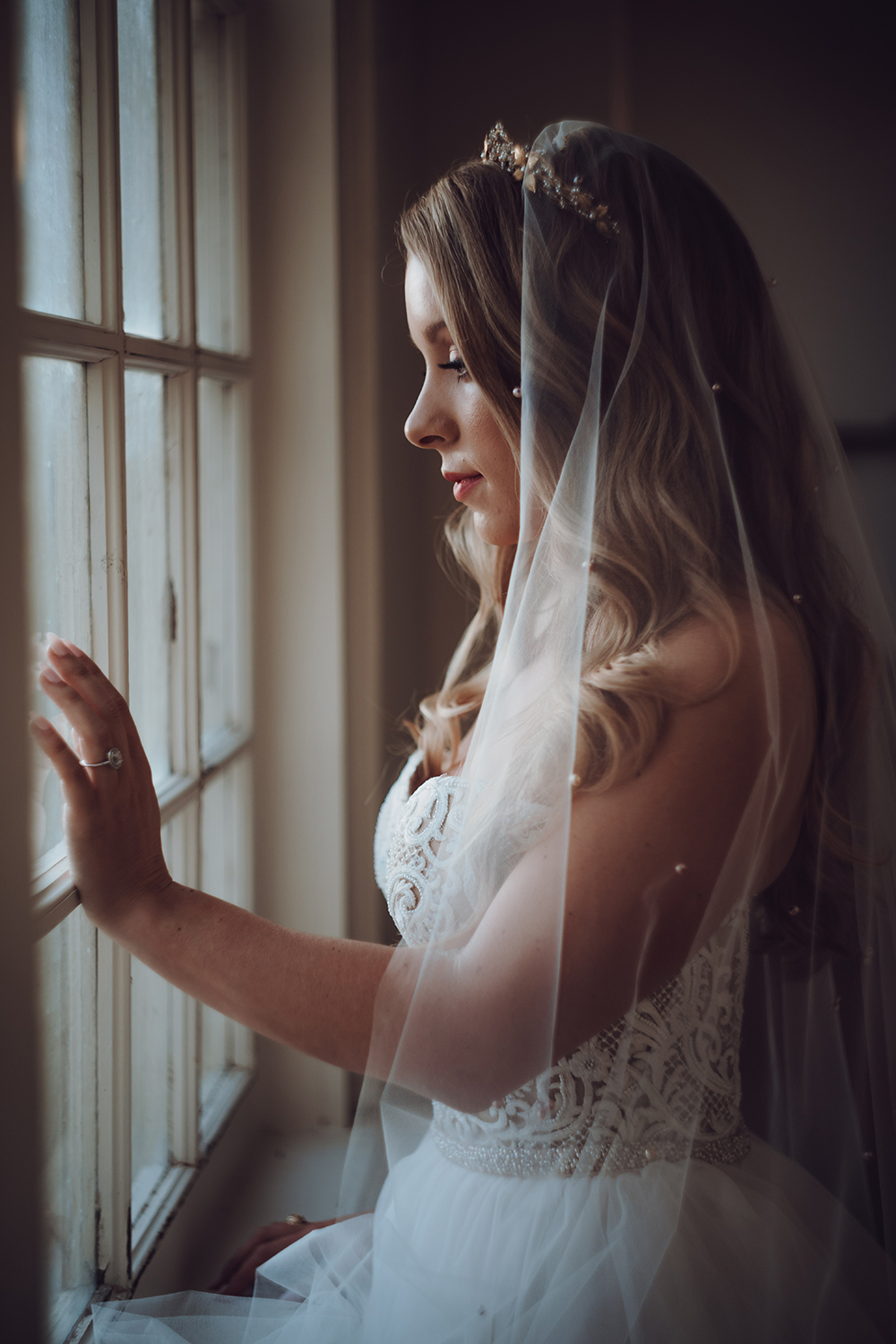 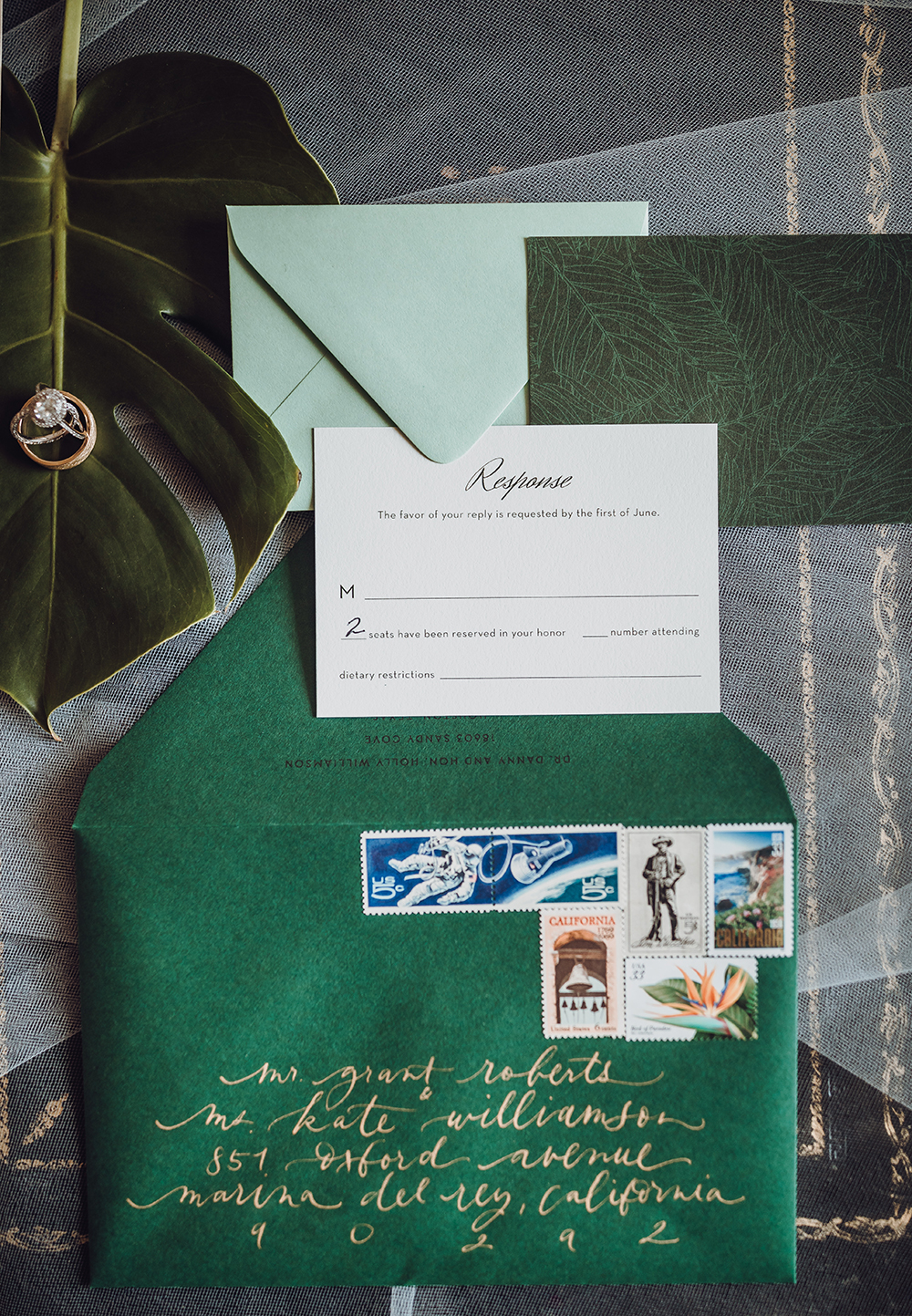 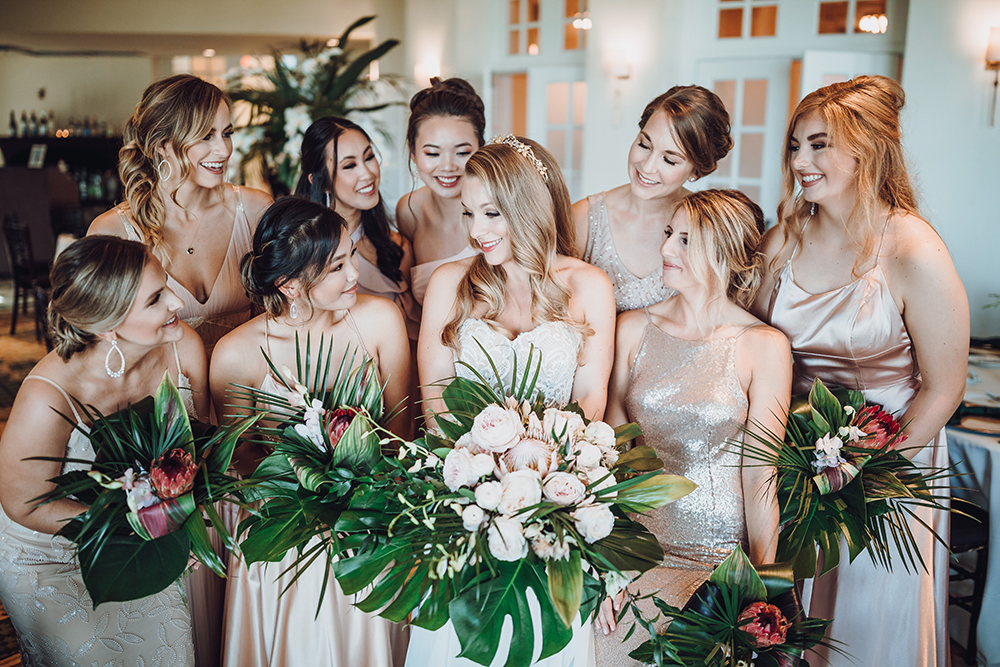 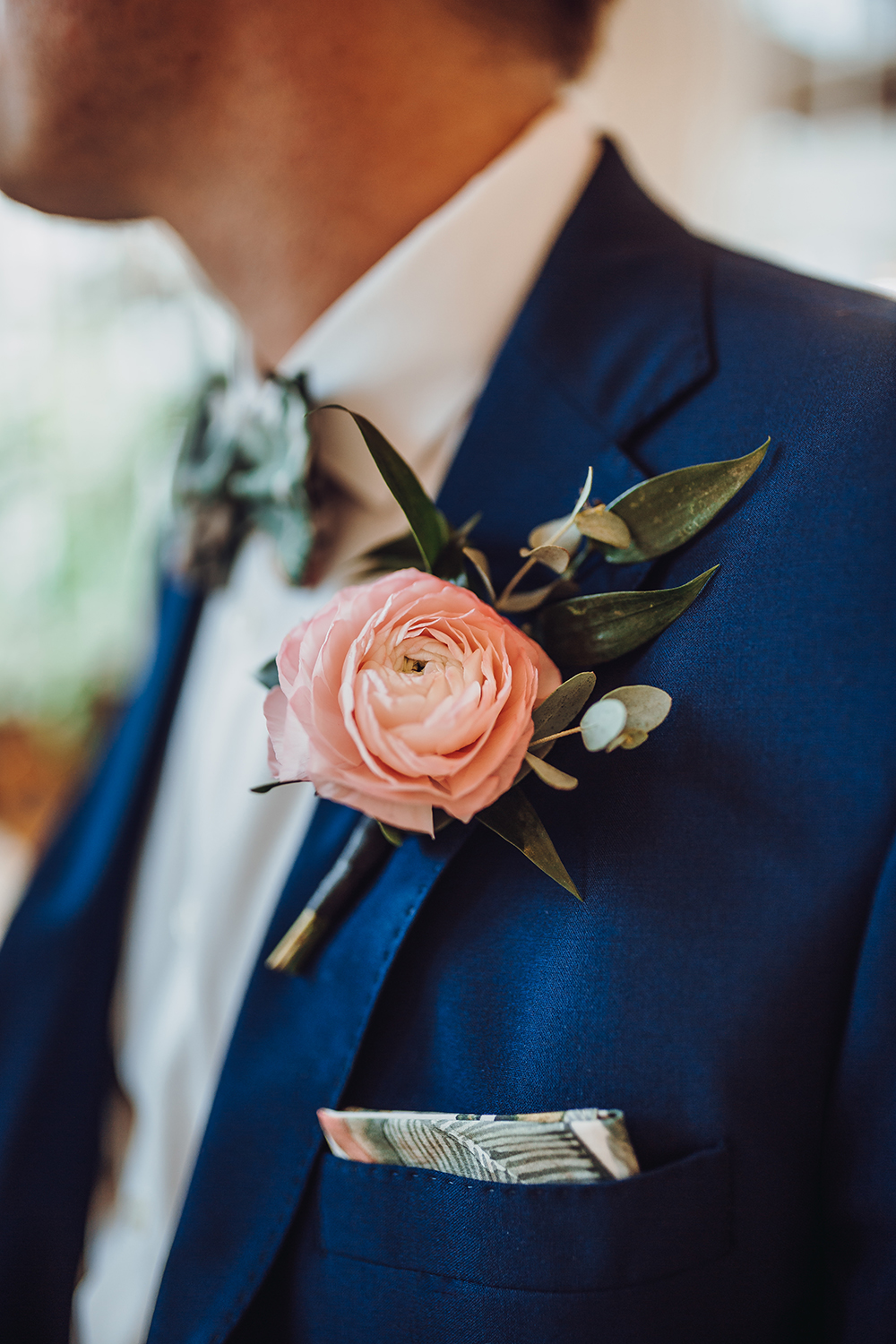 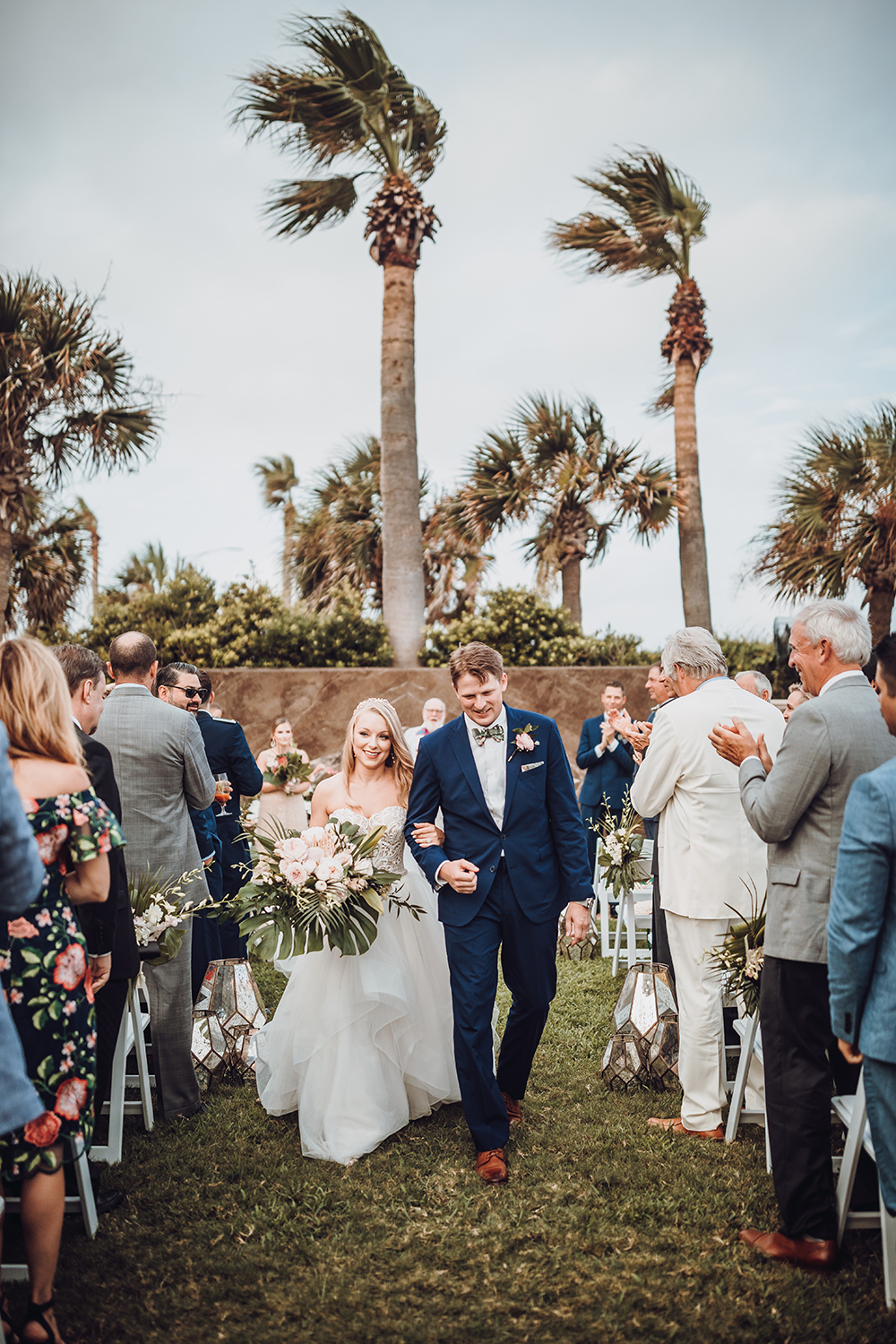 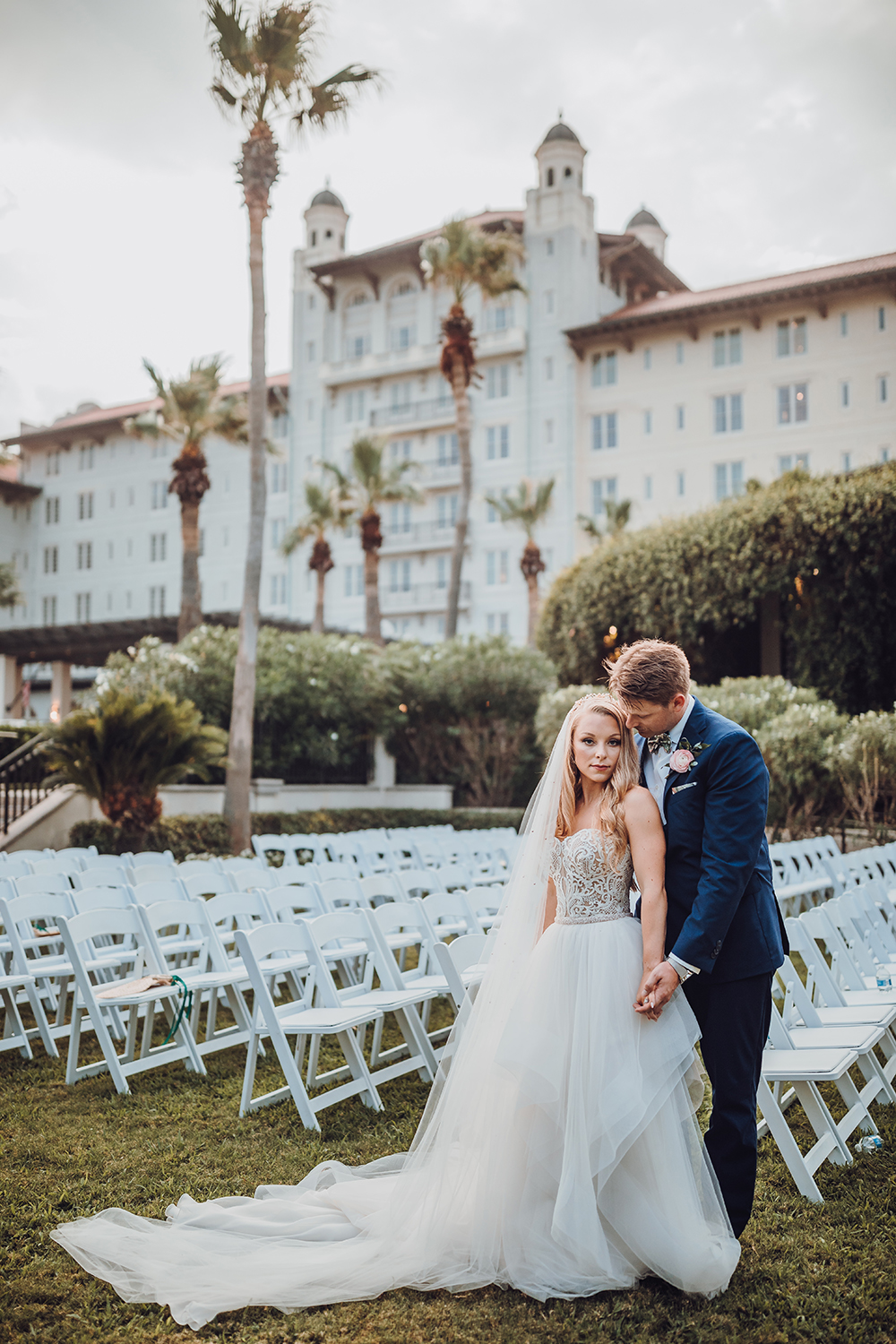 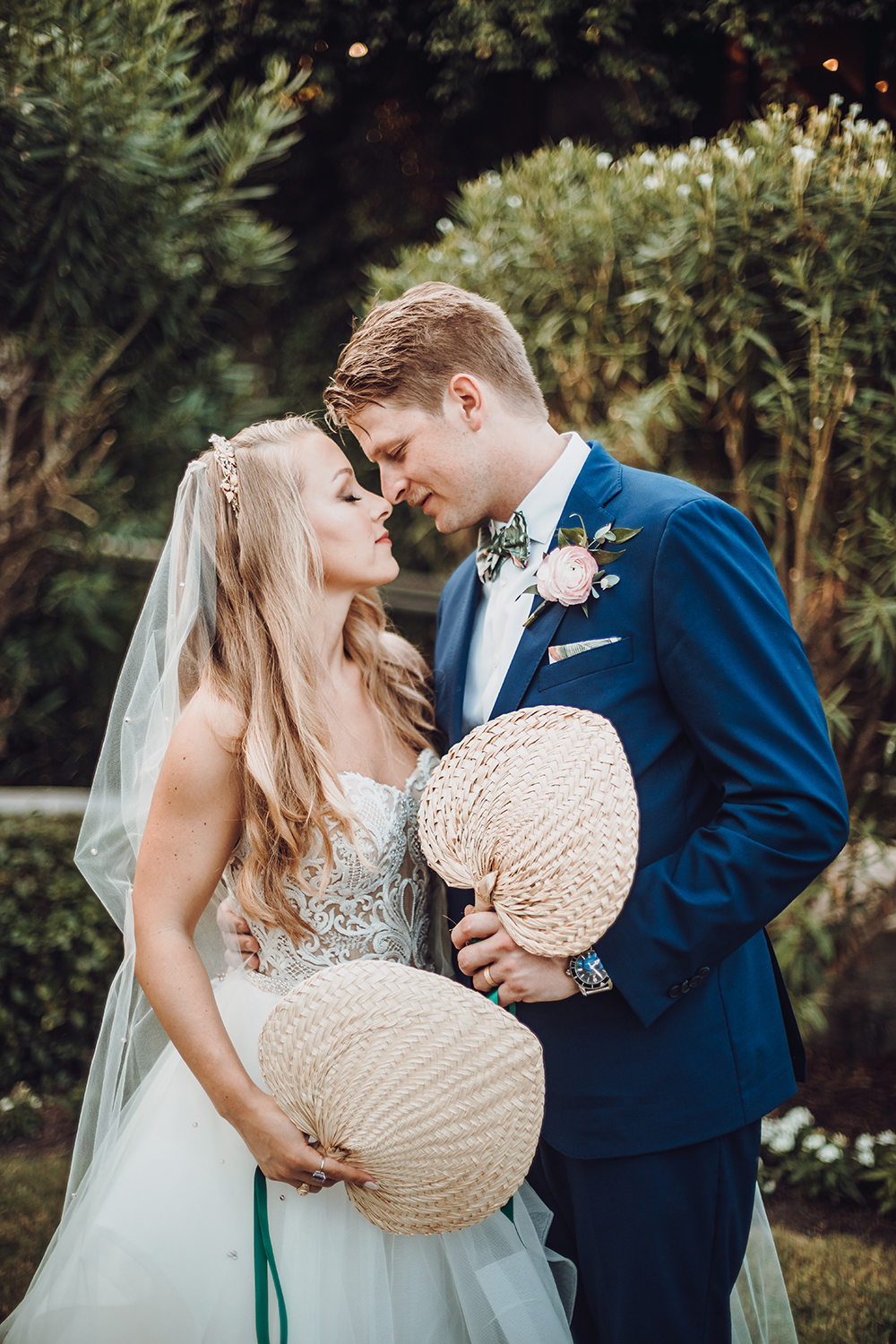 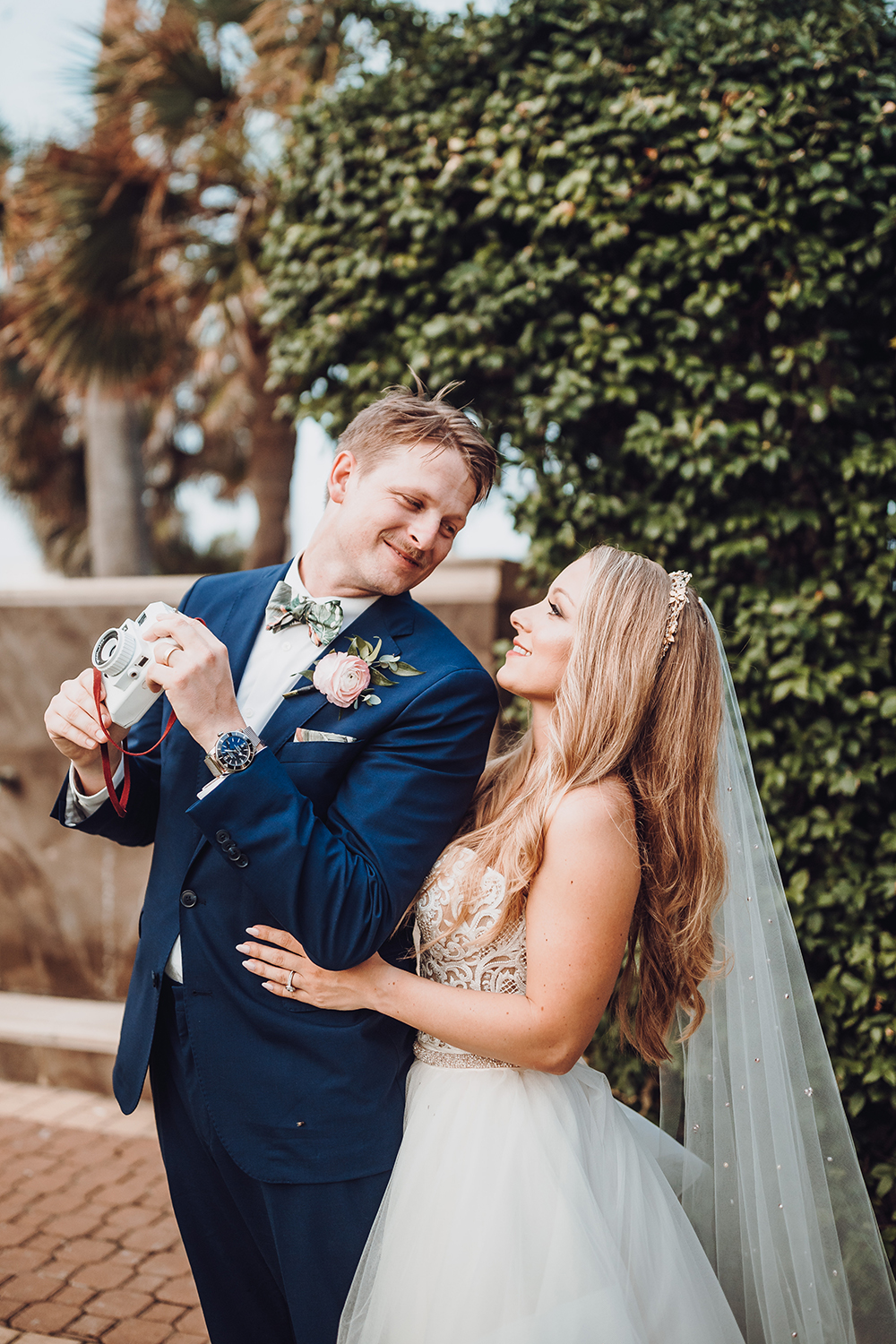 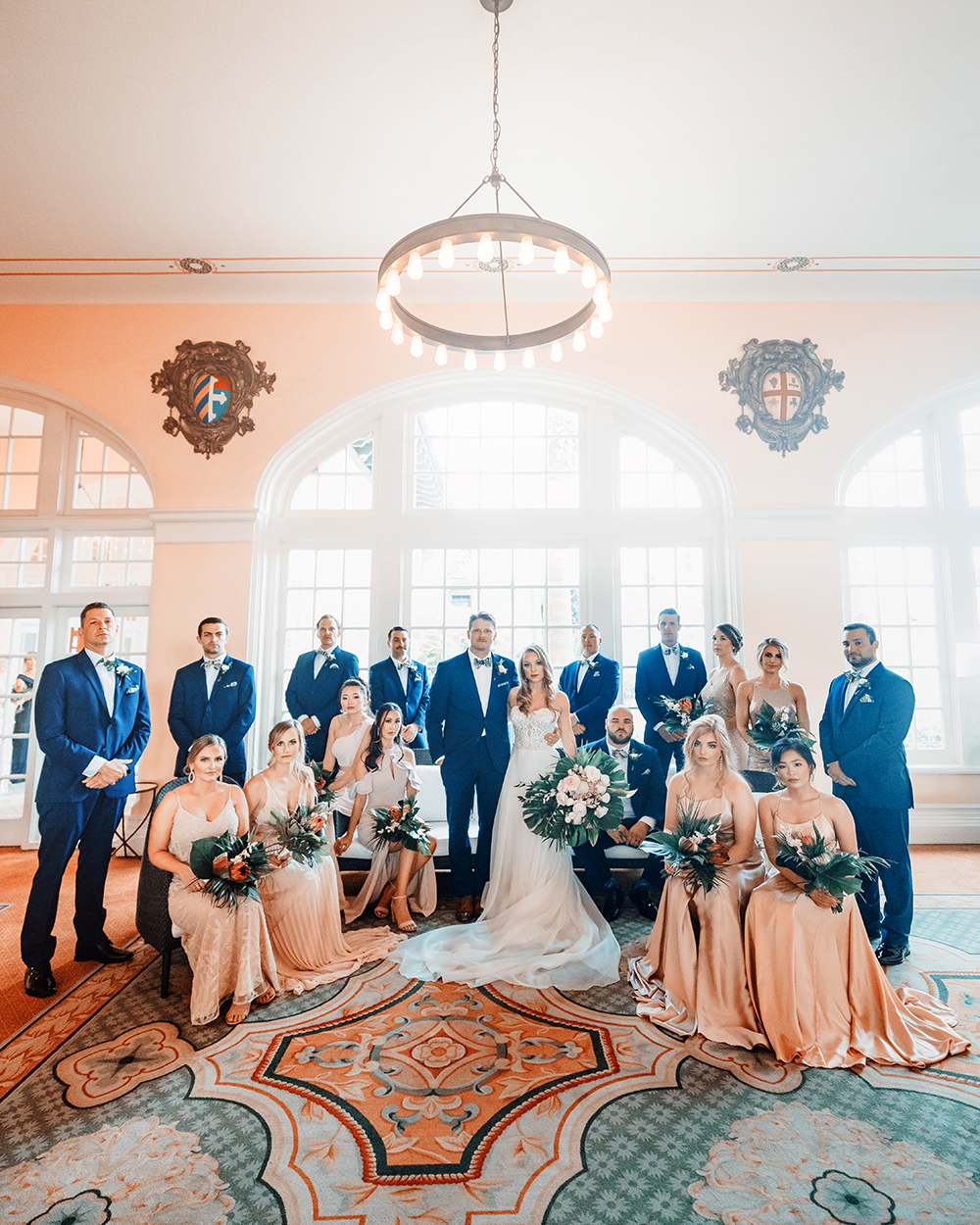 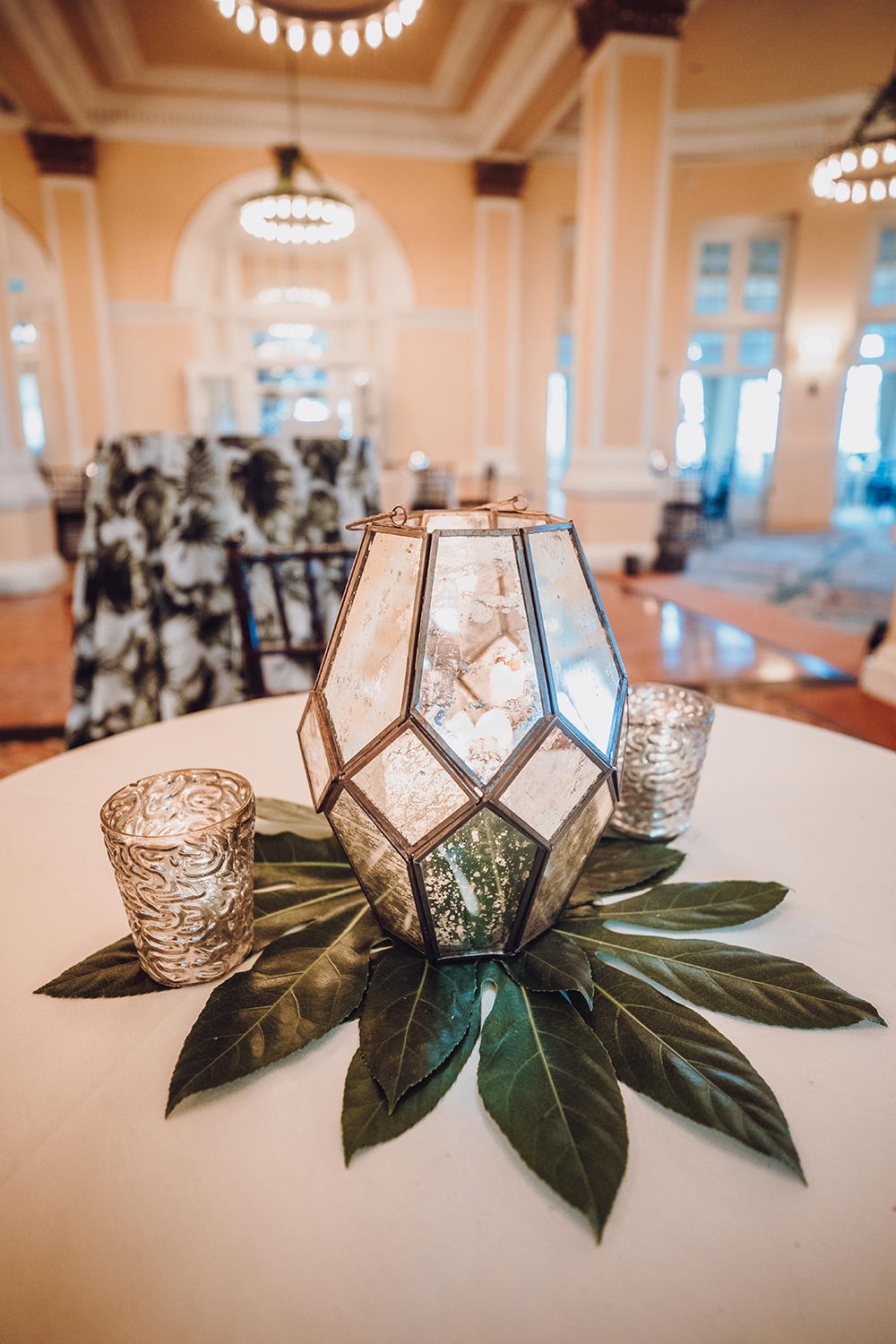 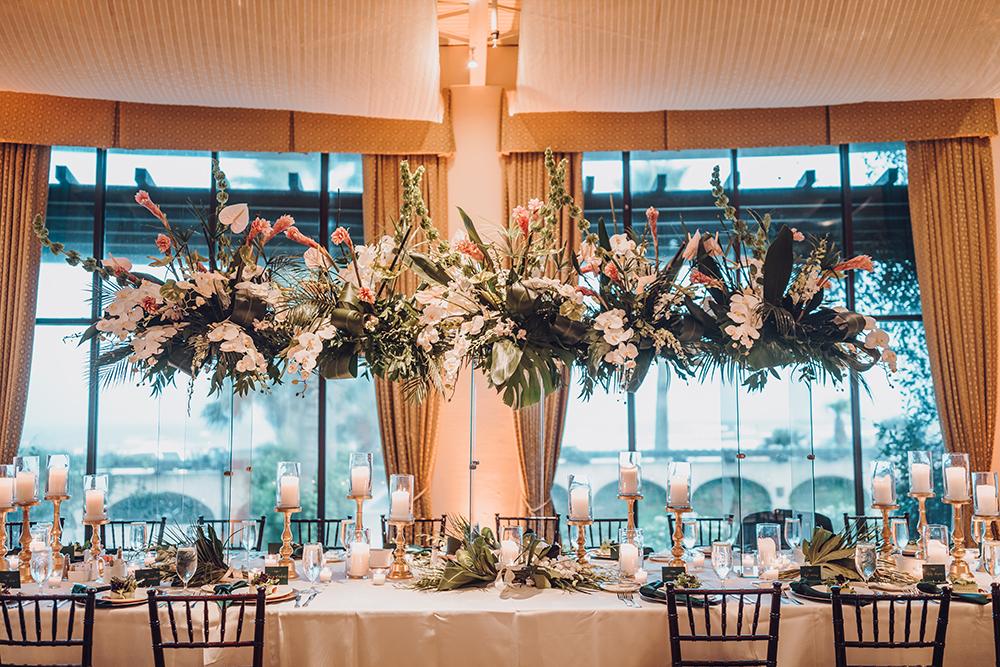 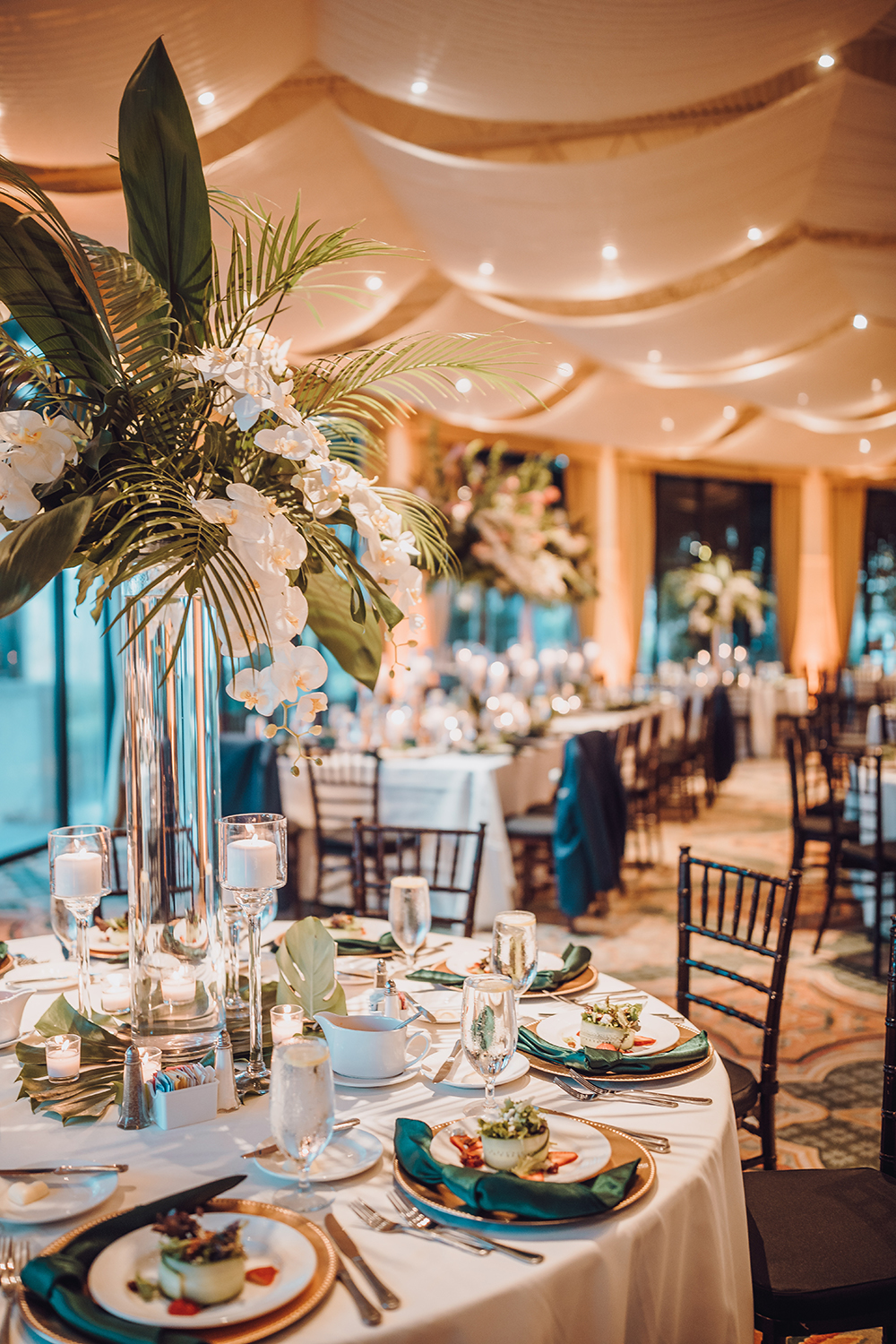 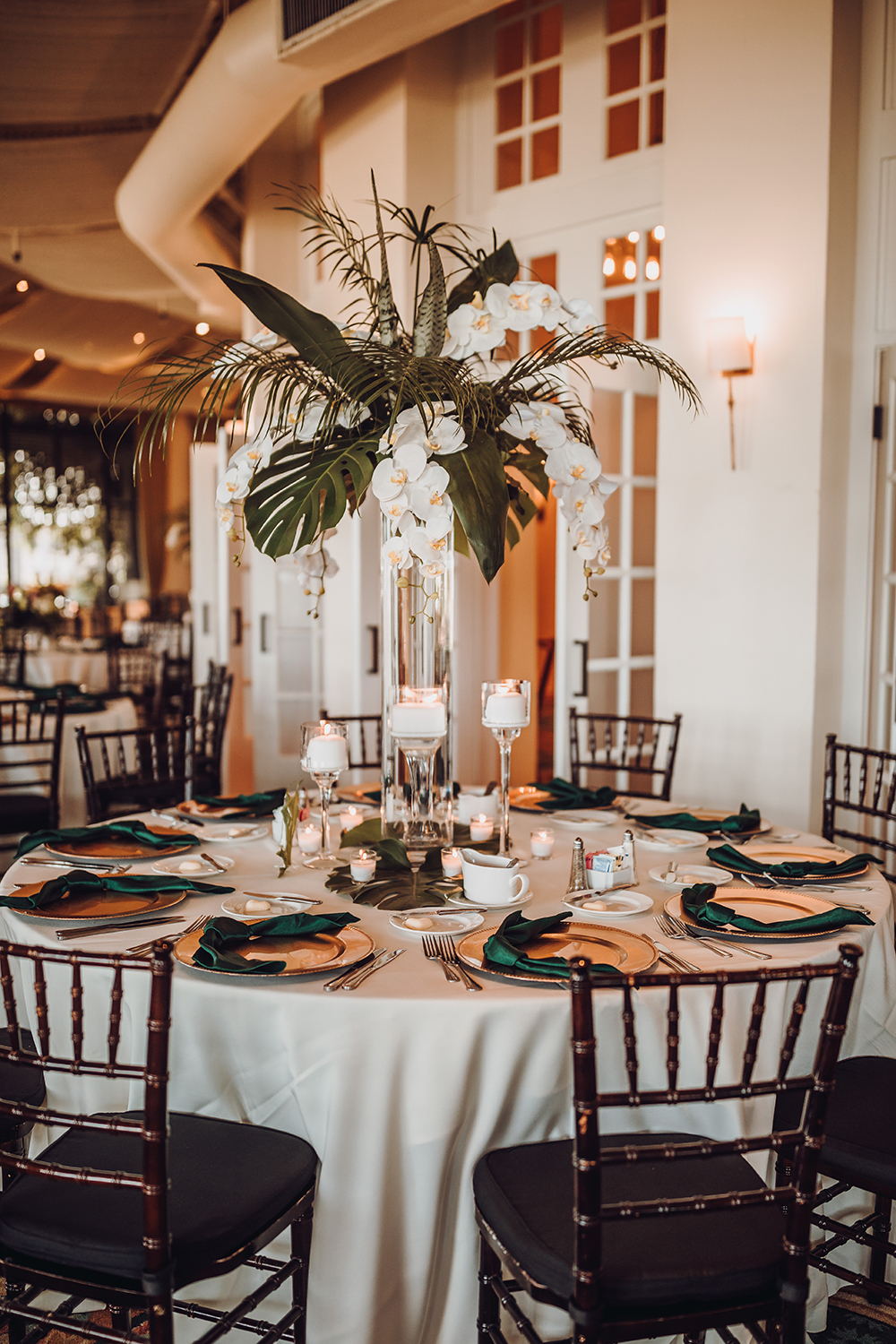 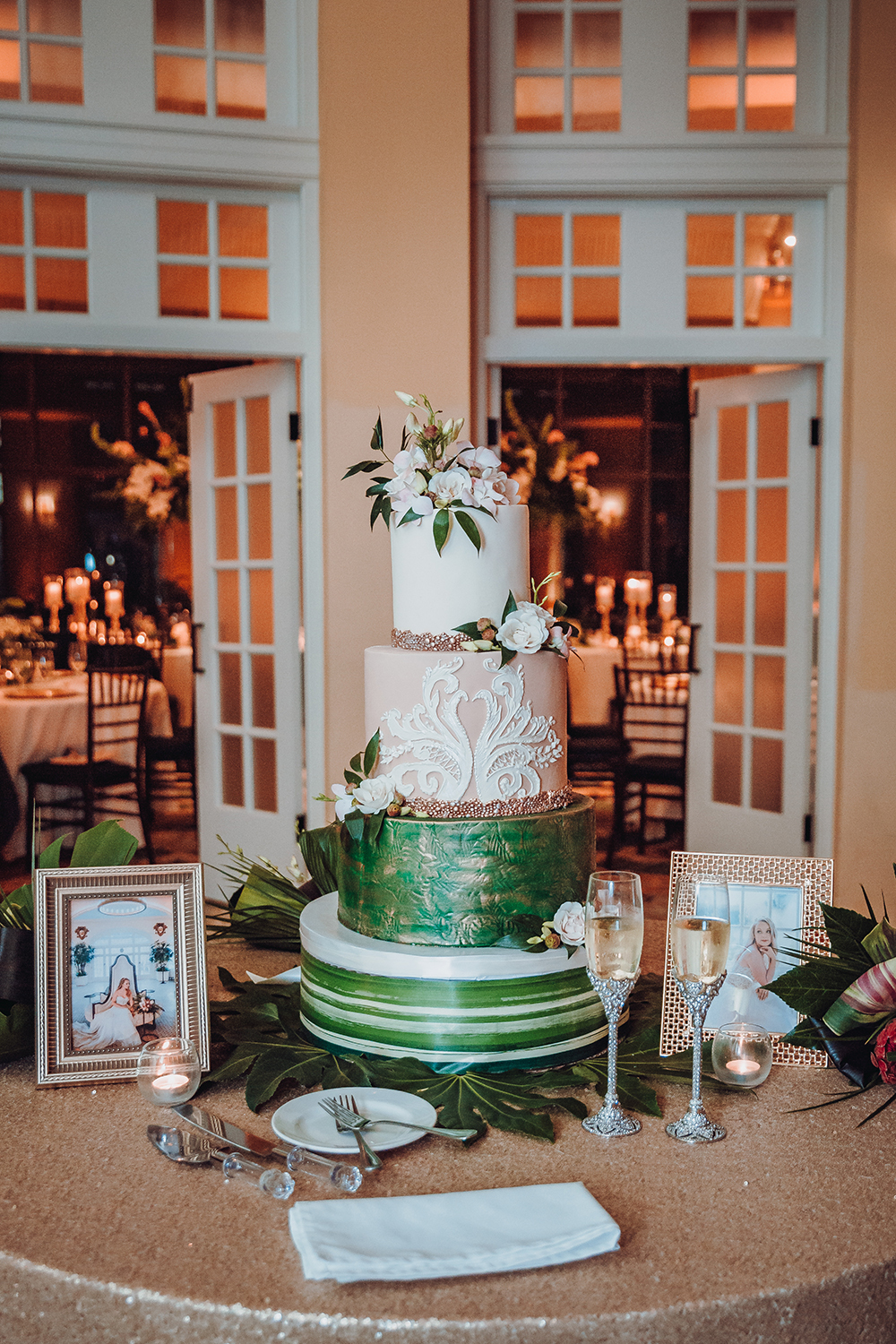 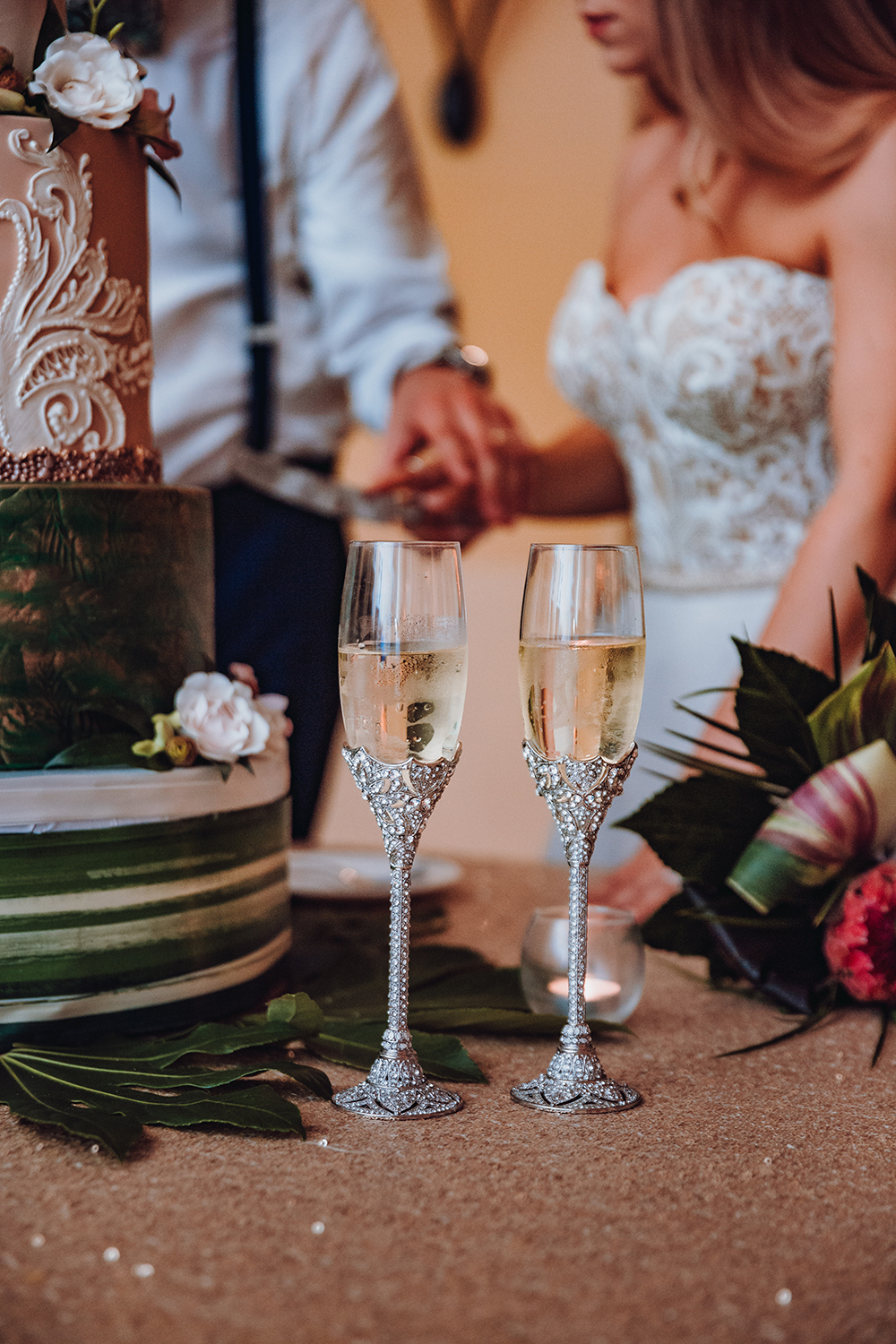 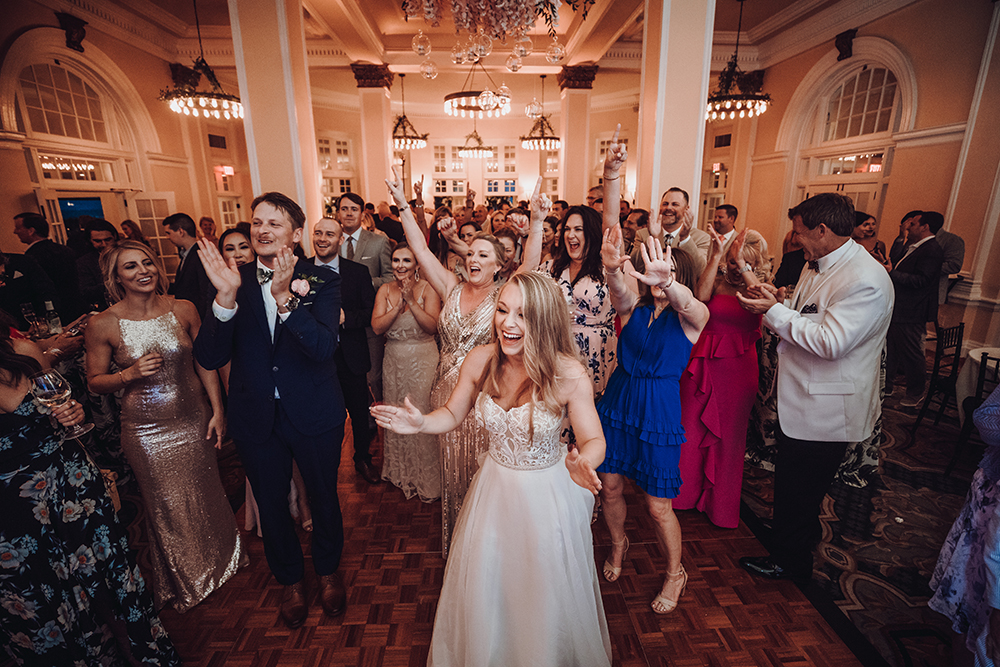 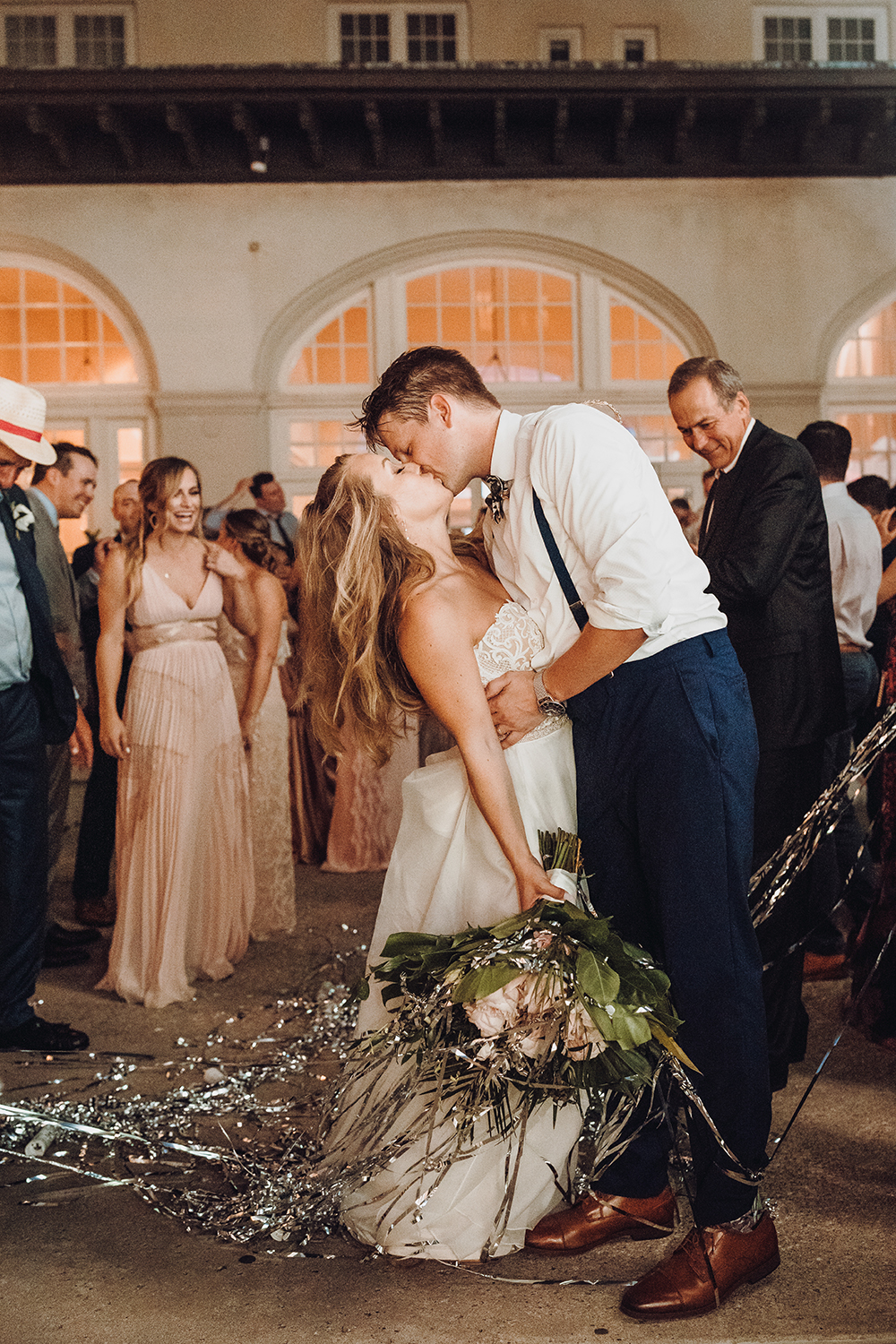