Tori and Miles first met at Baylor University in their law school orientation, which later led to a series of dates that never ended. On Valentine’s Day in 2020, on a trip to a law school competition, Tori was walking the bustling streets of New York City with her classmates. Her flight was scheduled for later that day back to Waco, where Miles was waiting. However, her classmates and family had another plan in mind for her. Tori mindlessly followed the group of students on the way to a brunch spot which happened to be tucked near a stunning view of the Brooklyn Bridge and Manhattan skyline, which lead to the perfect picture opportunity for the group. “Once I started going down the stairs, I saw Miles. I immediately started crying happy tears because I knew what would happen. He proposed down by the river with a gorgeous backdrop, and both of our families were there to see it,” says Tori. END_OF_DOCUMENT_TOKEN_TO_BE_REPLACED

Austin, a professional tennis player, met Misia at a tennis tournament in Maui. After dating for six years, Austin proposed to Misia with the help of their adorable dog, Tucker.

“I think the best part about it was that there was no photographer, no fancy clothes or setting,” says Misia. “It was just the three of us in the comfort of our home, and everything was extremely comfortable and genuine.”

END_OF_DOCUMENT_TOKEN_TO_BE_REPLACED

As you know, we here at the Houston Wedding Blog aren’t huge fans of the concept of the soup-to-nuts DIY wedding—mainly because we believe a bride should be as unencumbered by stress as possible on her wedding day, and in the months leading up to it. Also because there’s often a big gap between what a bride envisions for her wedding, and what she’s able, practically speaking, to achieve. Which can lead to stress and disappointment, which are two words we do NOT believe should be associated with one’s wedding day. Ever.

Well, every once in a while, a wedding comes along that makes us think, “Wow, DIY done RIGHT.” Jana and Buddy’s wildly beautiful fete at Wimberley’s Red Corral Ranch, magnificently photographed by HWB fave Sarah Ainsworth, is just such a wedding. Coordinated, with a minimum of stress, by Jana’s talented mother and sister, this wedding manages to take a variety of references—Victorian, 1950s, Western, indie-hip—and blend them seamlessly, with little fuss, and much fabulousness. Everything—from the bride’s floral-and-pheasant-feather belt to the maids’ darling blue frocks to the mix-n-match table runners to the homemade pies to the live peacock—is of a piece, in this wedding that just seems to have Texas deep in its heart. Congratulations, Jana and Buddy! 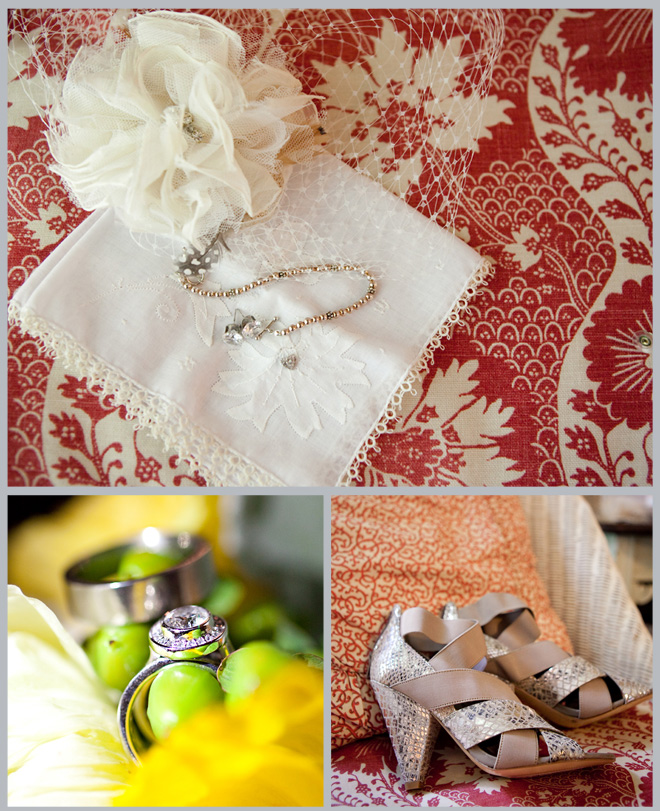 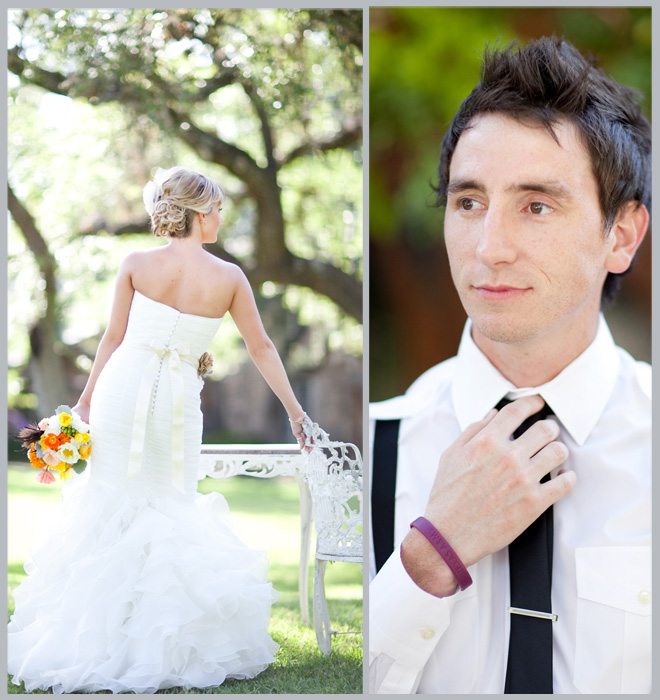 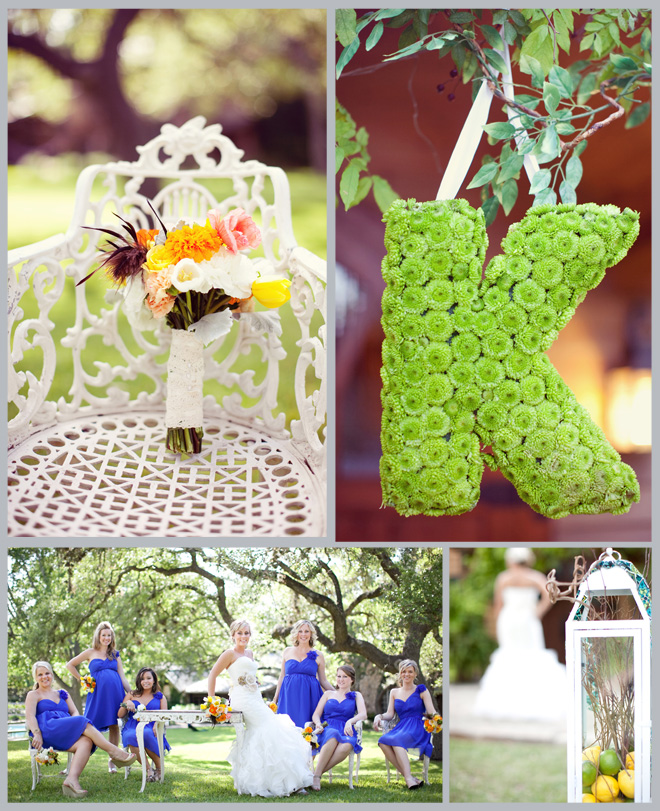 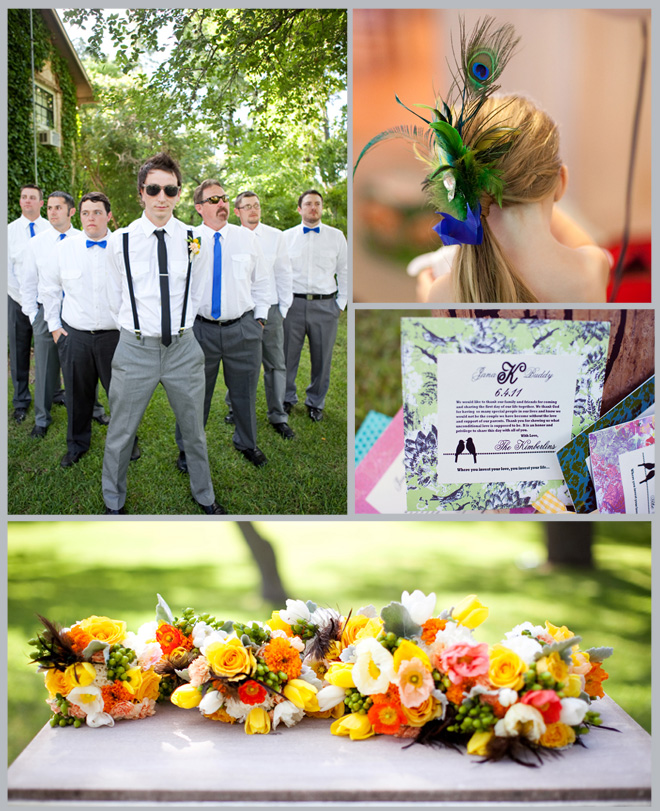 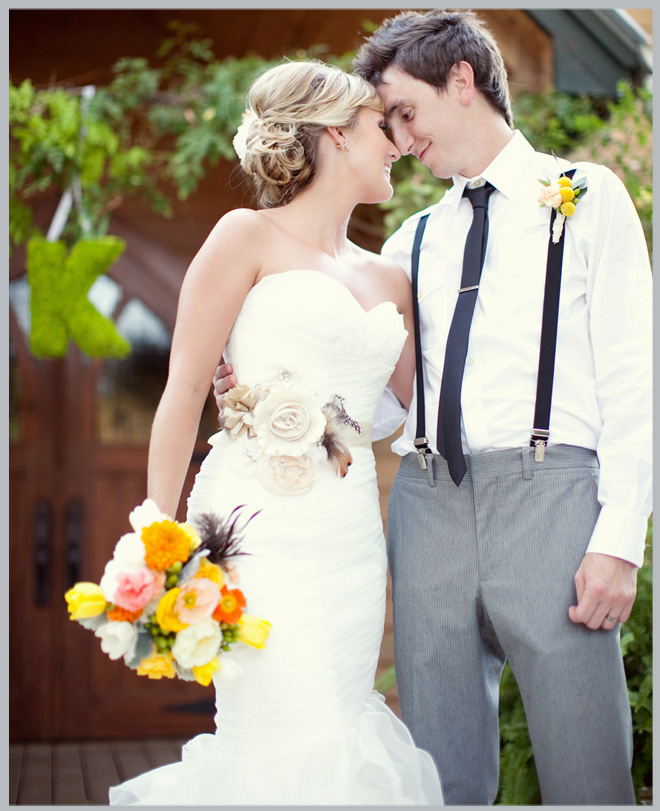 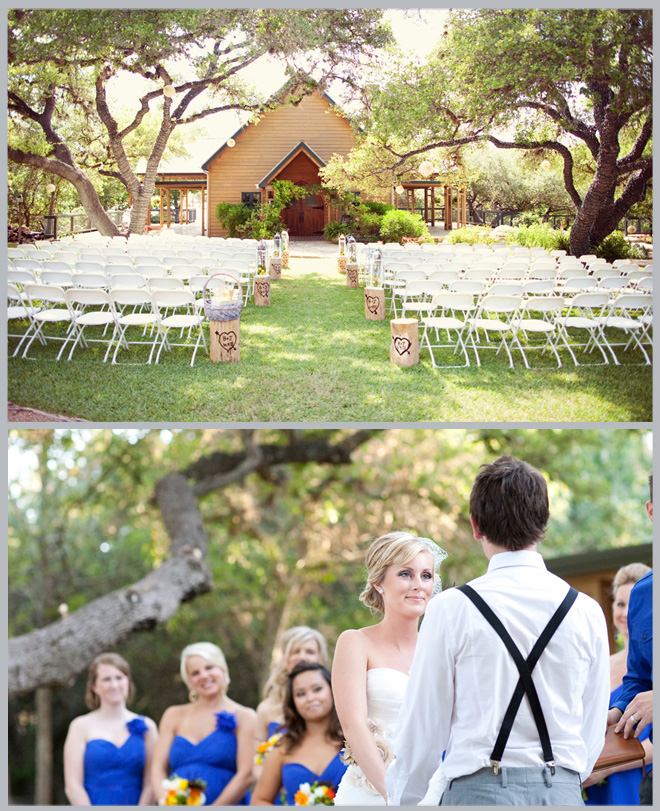 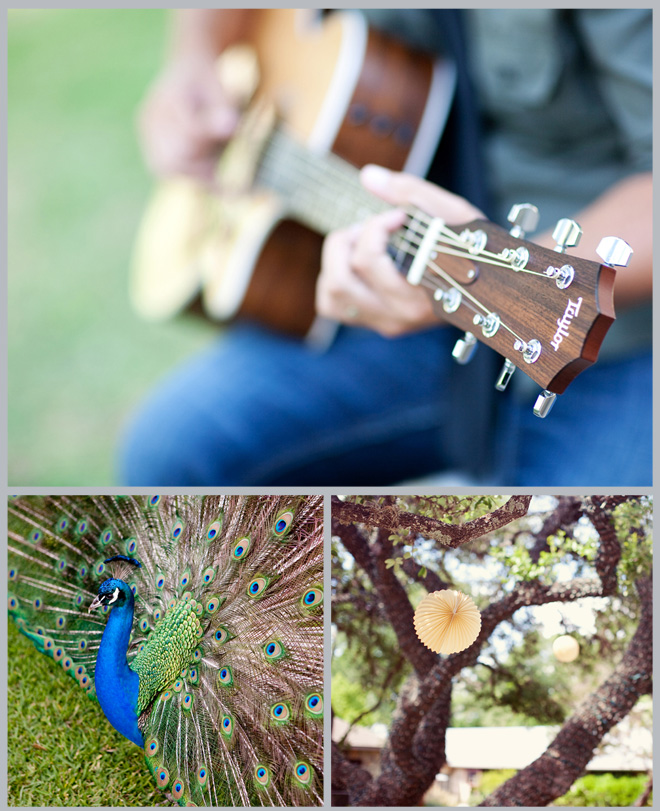 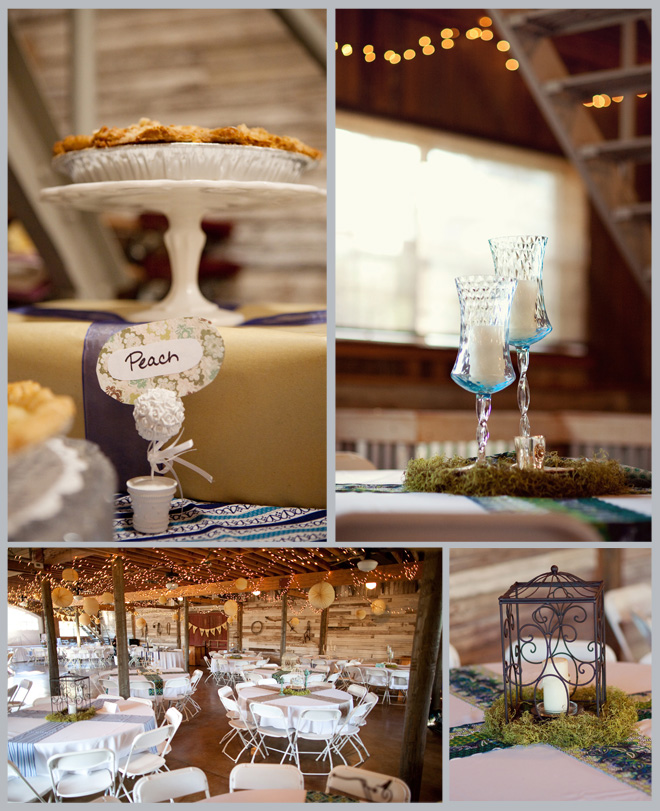 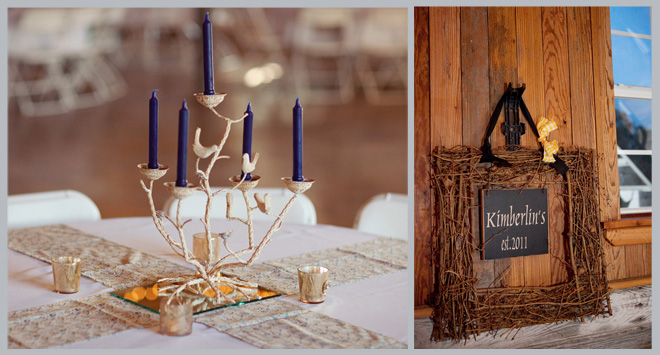 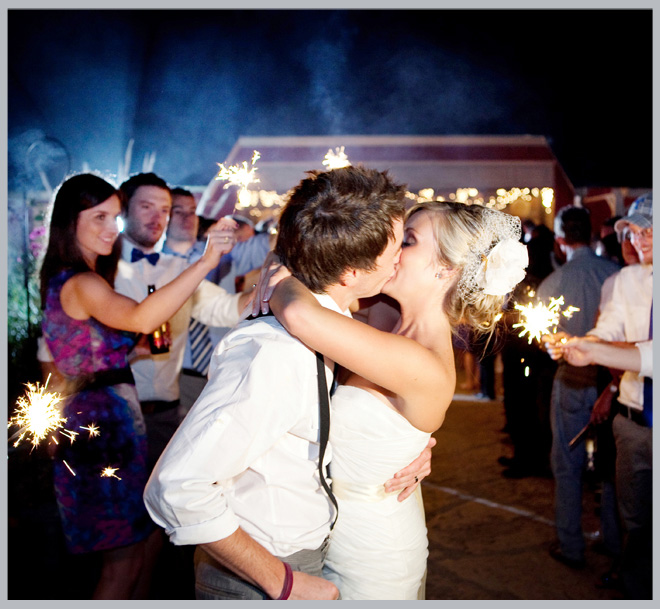 A lovely spring day, a lovely winery wedding. Outdoor ceremonies have a short season in this part of the country, but bride Jeannie and groom Clay took full advantage of April’s bounty, saying their vows beneath billows of white fabric while bare-armed guests looked on happily. There are so many charming touches at this casually elegant countryside wedding—barrels and buckets, globe lanterns and “Grape Stomp” kisses, and splashes of dazzling bright blue. Ana & Ivan Photography captured not just details, but the sunlit soul of this wedding. We are fans. 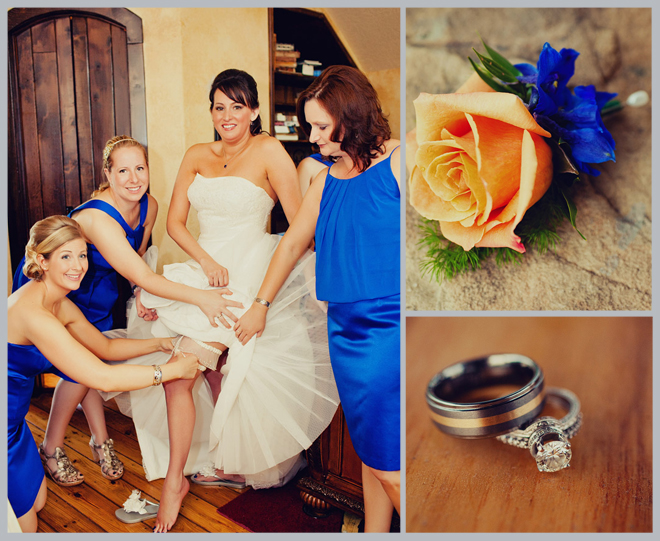 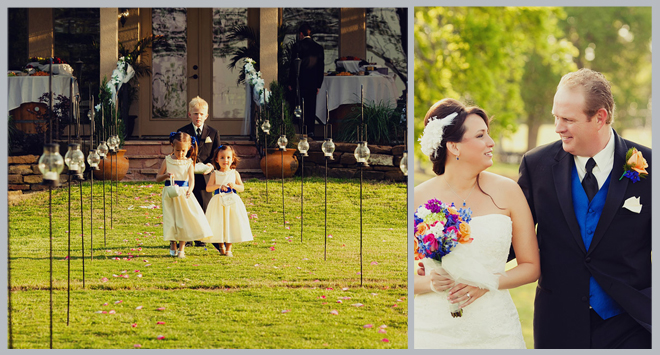 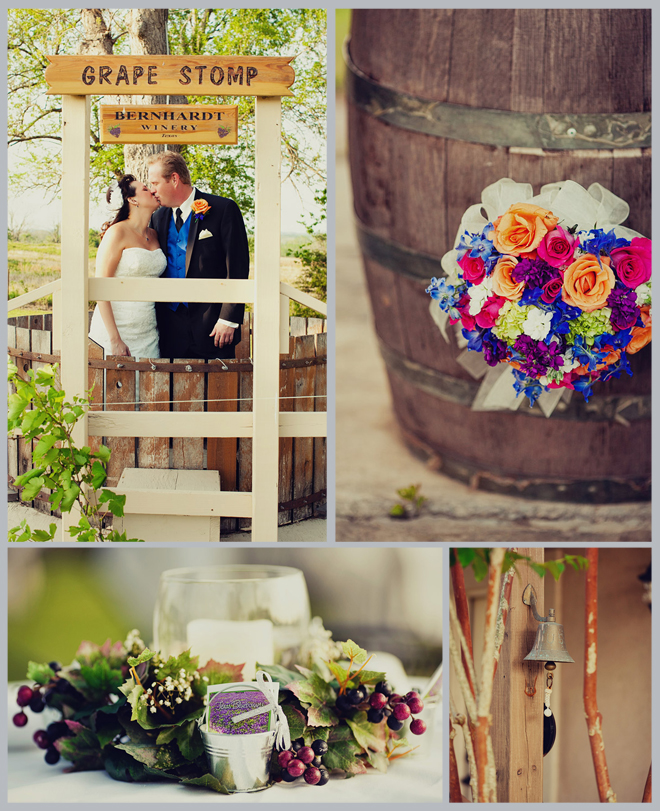 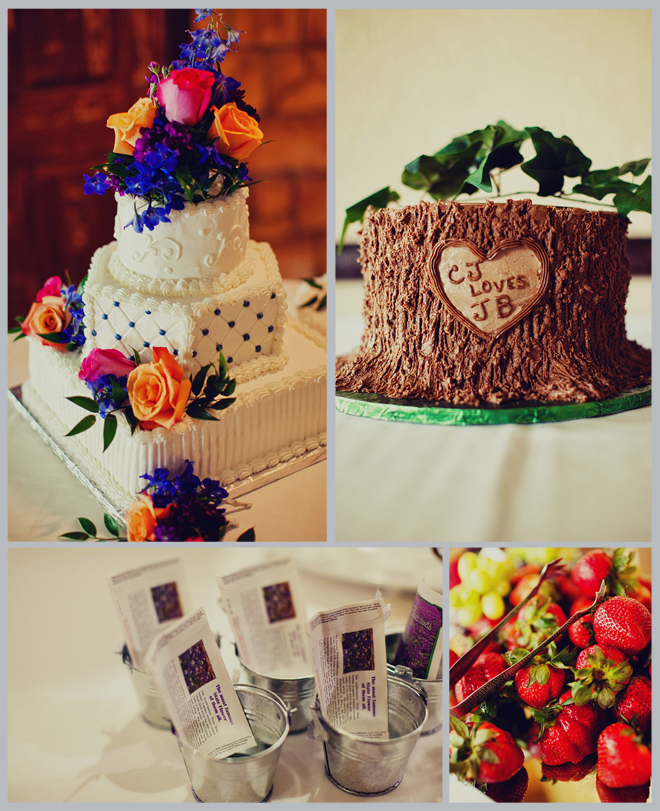 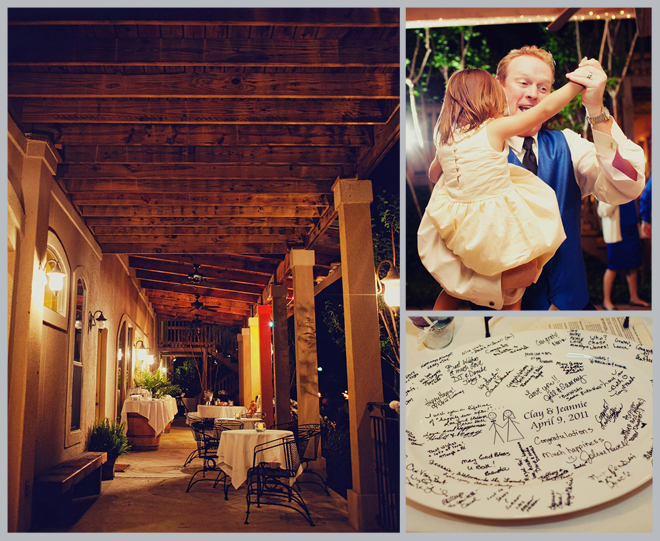 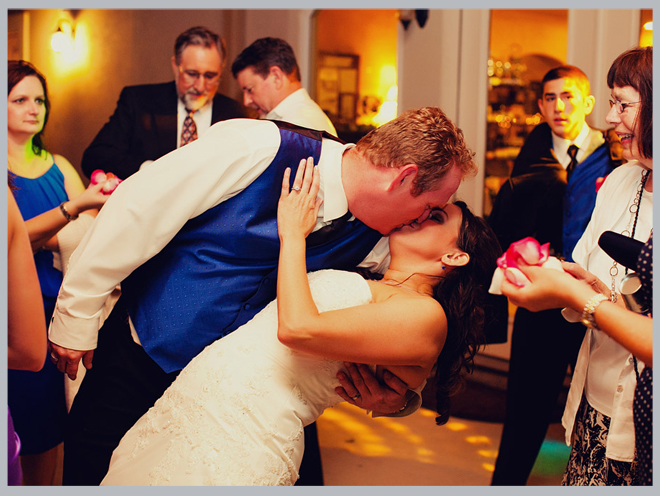