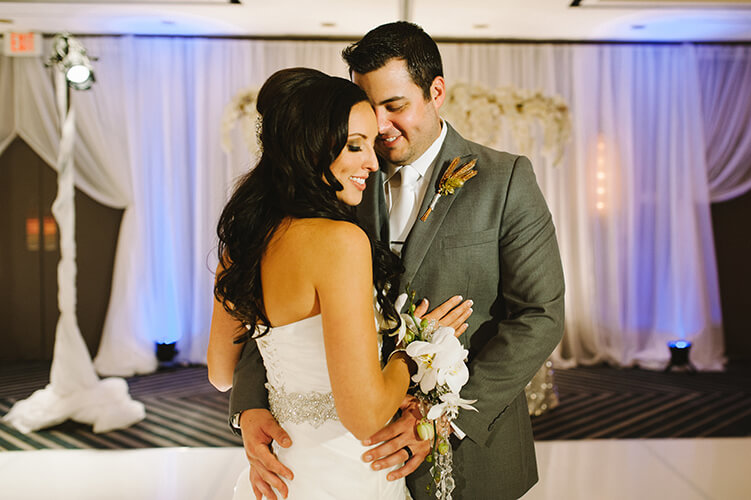 Casual friends for years—although, as the bride admits, “I had a pretty big crush on him”—Kerri and Michael reconnected at a mutual friend’s party in 2010. It was the right time and right place for their love to bloom, and three years later, Michael surprised Kerri with a romantic proposal that included a five-course dinner of her favorite foods, and a post-proposal party with all of her closest friends and family. The pair kicked off their wedding weekend celebration with a rehearsal dinner at hot new Houston event venue Station 3, where Kerri happens to be the venue’s director. The bride’s brother officiated their personal ceremony, “and was hilarious and poignant,” Kerri says. The couple’s 165-guest reception at the Royal Sonesta Hotel included an “Outdoor Fun” space, featuring favorite outdoor games, and dessert table with a tiered riser custom built by the groom and his father to house a monogrammed cupcake collage design. 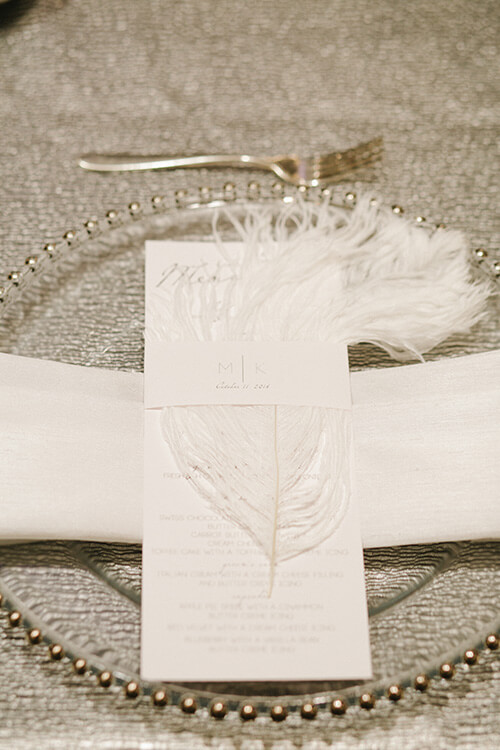 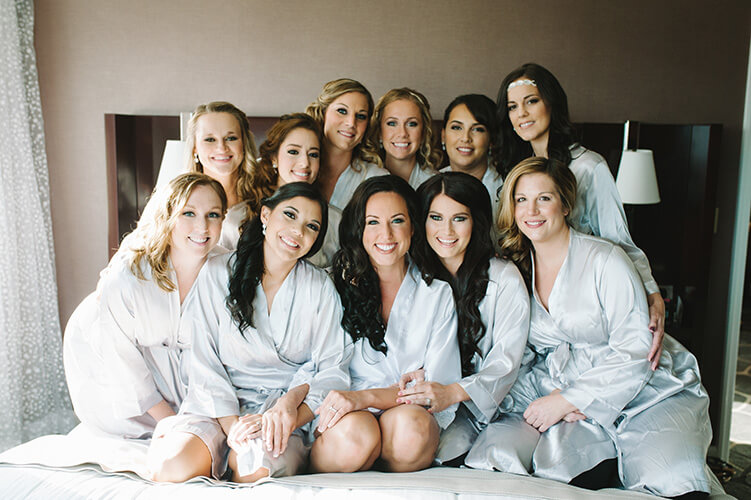 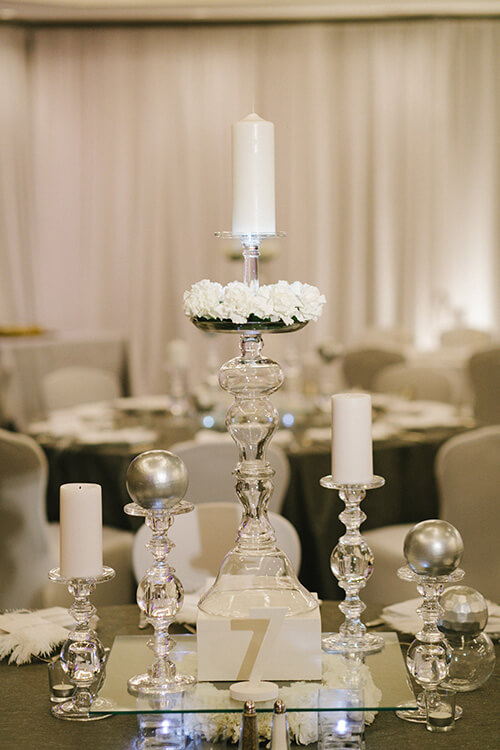 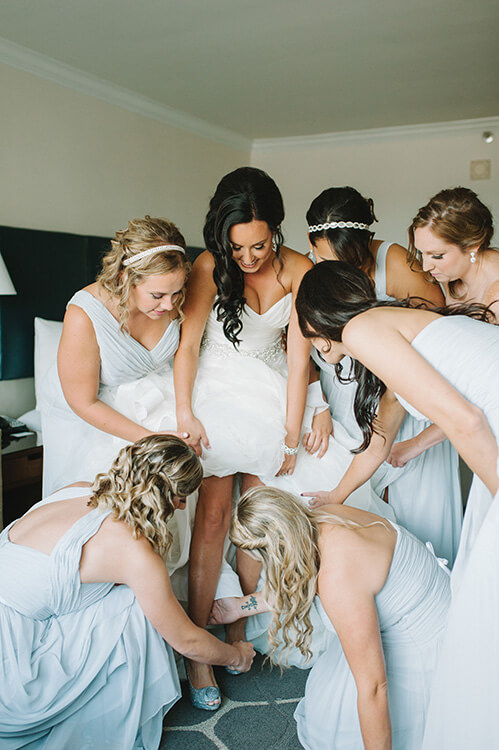 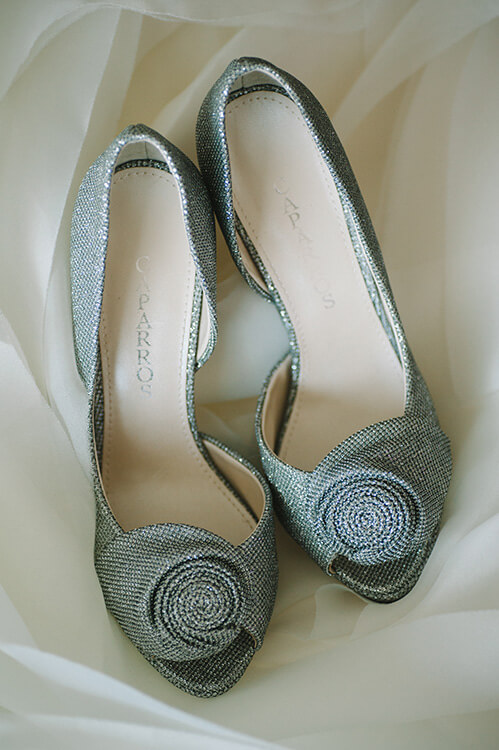 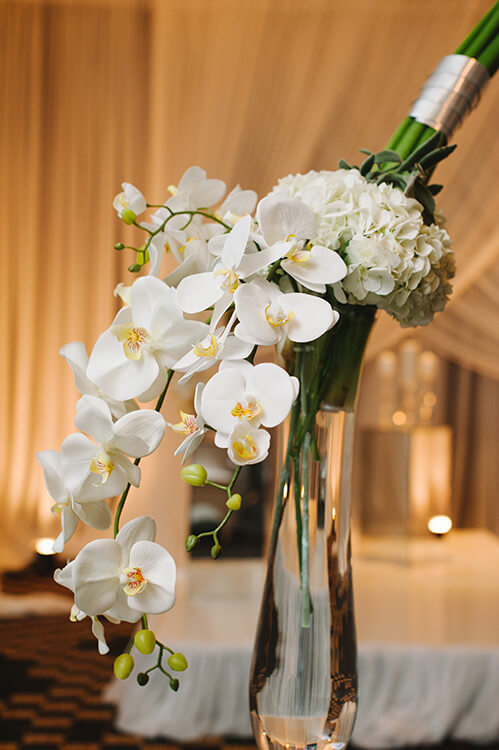 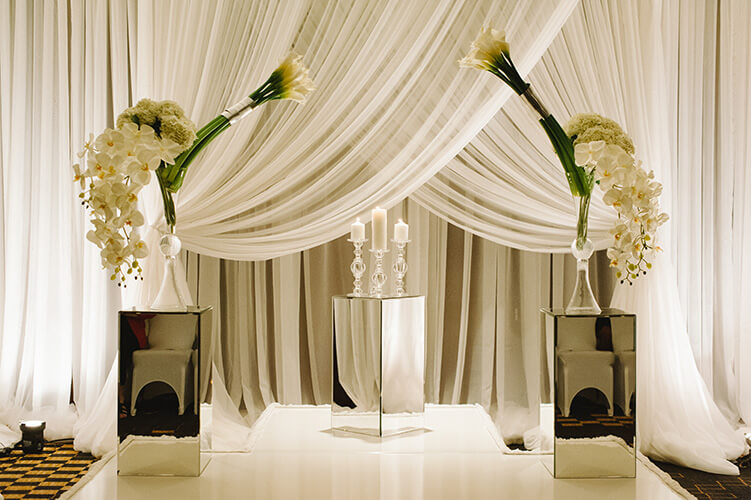 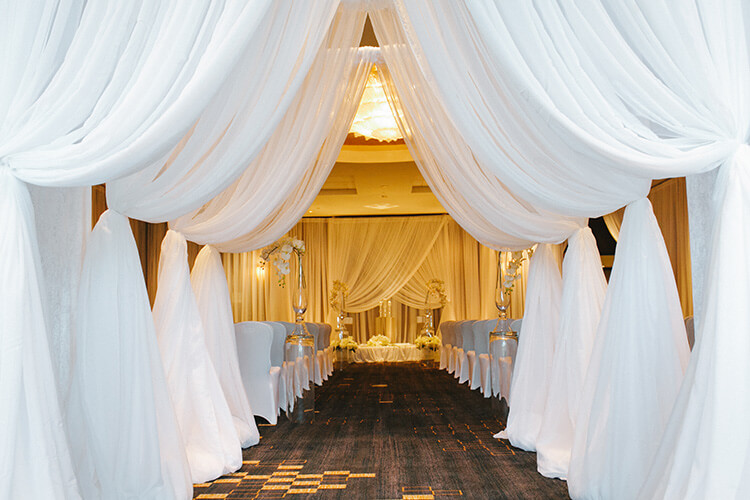 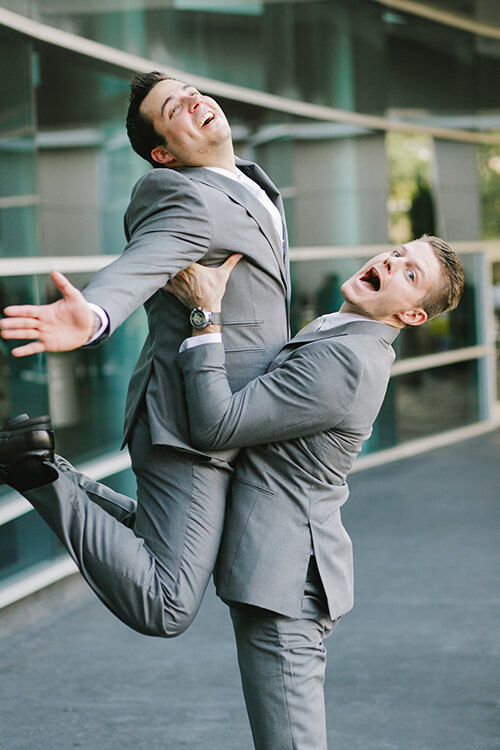 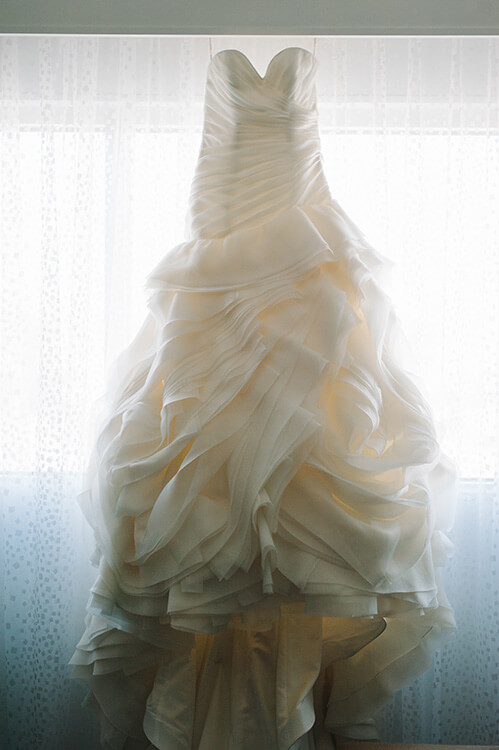 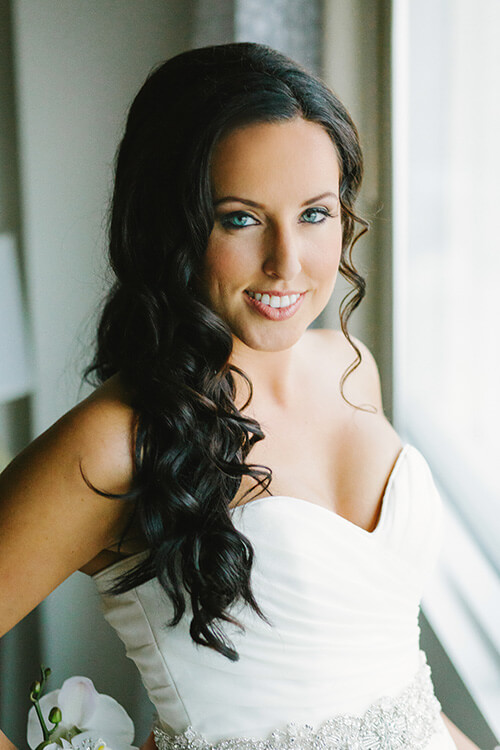 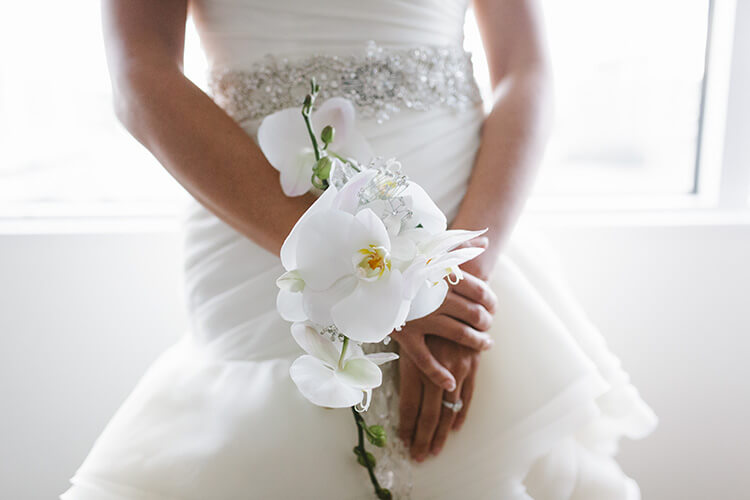 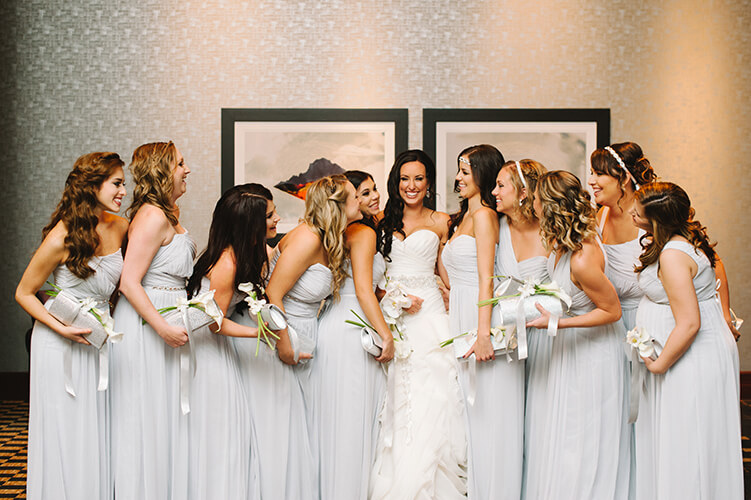 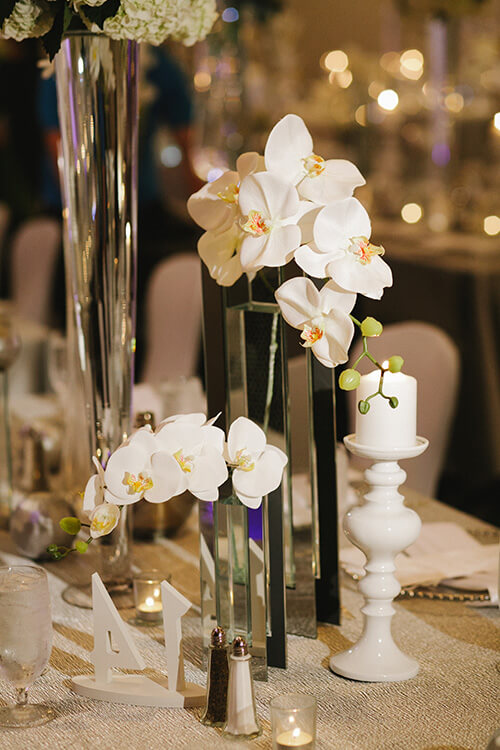 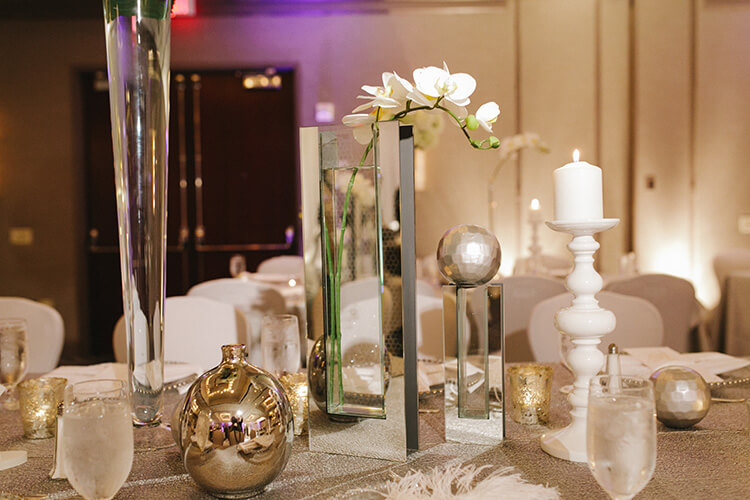 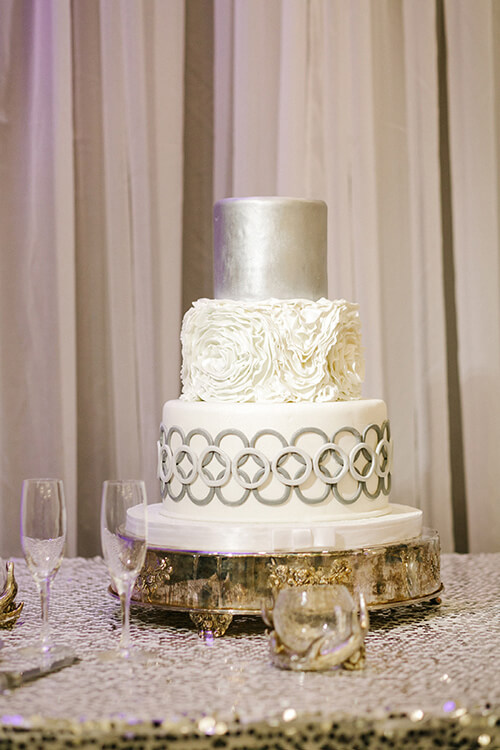 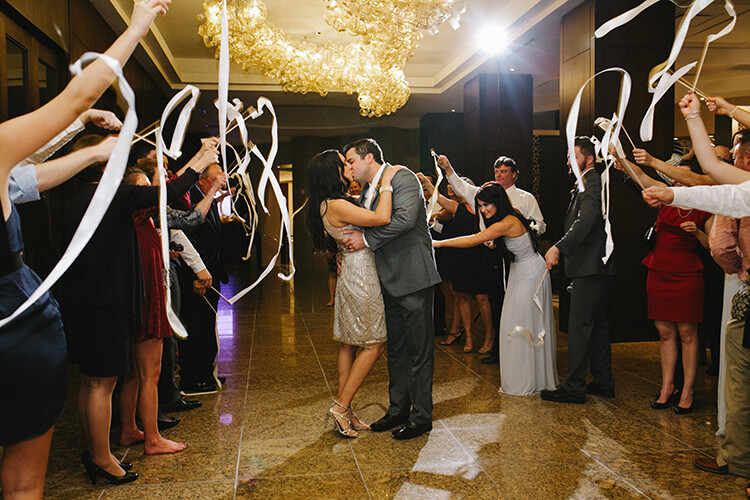