Apartment, townhouse, condo, cottage, or manse—no matter its size or scope, the place you’ll live together as a married  couple is, above all else, a home. Keep this in mind when you register for your wedding, by selecting items you’ll love, for all the spaces you’ll occupy in the home you share. You can start with these top essentials for each happy place!

For many couples, this space is the focus of the gift registry— and with good reason…actually lots of reasons. First off, the kitchen is where couples, and often their friends, family and guests, spend a whole bunch of time, especially in those first months and years of entertaining as a married couple. Sure, there’s the dining room and living room, but when there’s a party, and there’s cooking going on, everyone tends to gather in the kitchen. So it’s nice to have a well-stocked, good-looking one. Plus, there are just so many kitchen items to choose from, whether you’re a gourmet chef, an avid baker, or an “I-can-barely-boil-an-egg” amateur with a willingness to learn.

The most intimate spaces in the newlywed home often are the most overlooked on to-be-wed registries. Don’t stumble into this common registry pitfall! While you may need to replace textile items more frequently than, say, cast-iron cookware or fine bone china, you can still register for your bedroom and bathroom with an eye toward luxury and durability. Instead of gadgets and trendy pieces, focus your registry scanner on high-quality bedroom and bathroom staples (with, perhaps, a techie treat just for fun!), and make private time— each individually, or together—your favorite time of the day.

Whether you’ve got acres of land, a small but well-tended garden, or simply a sweet town home patio, you’re likely to spend Houston’s fine-weather months (brief as they may be) enjoying the fresh air, and entertaining friends outdoors. Don’t forget to make al-fresco elements a part of your registry list! Get your guy on board, and turn your attention to grilling, chilling and savoring the sunshine, with gifts designed for outdoor fun.

Whether they’re connected in an open-floor-plan layout, or separate from one another, these two spaces generally constitute the heart of your home—the place where you relax, unwind, receive guests, entertain, eat, drink and celebrate. How you design and furnish your home’s living and dining spaces will depend on your taste and style preferences: Do you want to sink back and put your feet up without worrying about delicate doo-dads? Do you love the look of a formal dinner table, laid out with perfect place settings and flickering tapers all aglow? Do you crave a cool lounge space where people can flow from table to sofa to bar, nibbling and sipping while the hum of conversation never stops? Think about the atmosphere you want to create, then dress it up with these living and dining-room essentials, which make down-time a good time, no matter your personal style.

Merry Christmas, loves! We wish you a joyful and peaceful day, and a season of festivity, feasting and family bonding. And speaking of family—if you’ve just said, “Yes!” to the one you’ll start a loving new family with, well… we’ve got something (in fact, LOTS of things) for you!! END_OF_DOCUMENT_TOKEN_TO_BE_REPLACED

Stephanie McKenzie, founder of The Relationship Firm, has been a life coach of sorts since she was a teenager. “The first person I provided life coaching to was my godmother. She was getting divorced, and I was absolutely livid. I was 13 and I kept reminding her of the tenets of marriage,” Mckenzie says. 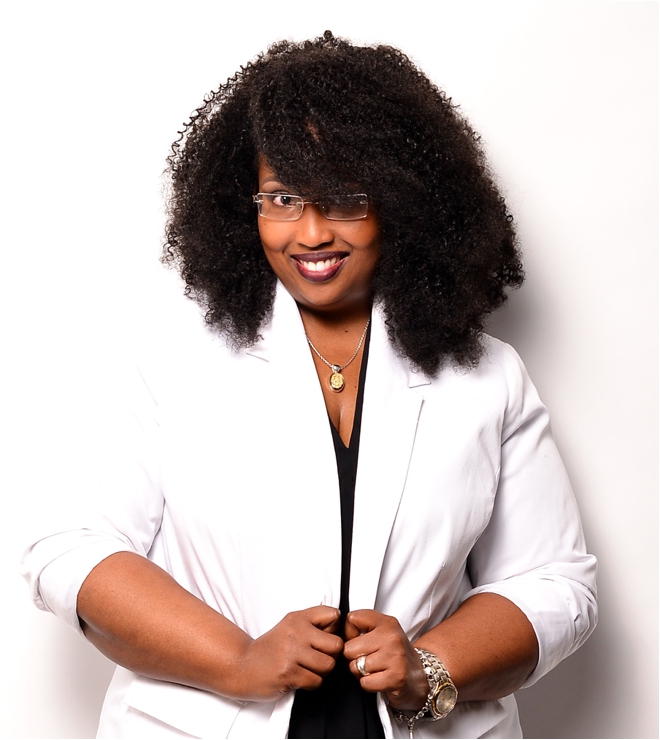 Photo: Courtesy of The Relationship Firm

She won’t go as far as to say that divorce is never an option, but she will tell you, straight up, that it’s a very last option. As a certified life coach, who offers counseling for couples in any stage of the game, she believes that couples who are willing to fight for their marriage will always have a chance of making it. To her, that fight starts when a to-be-wed says, “Yes.”

We talked with Stephanie about what engaged couples can learn from marriage counseling, and the importance of talking about the things that might make you squirm, and we learned a bit about the coach herself. Take a look!

Houston Wedding Blog: How did you get into this industry?

Stephanie McKenzie: It was a really well planned accident. This was not what I was doing with my life, but I had done it my whole life unofficially. I was working in marketing and started working with a dating site. I thought it would be great to offer relationship education. So I went and got certified and started building a brand via social media.

HWB: What has shaped your opinion on marriage?

SM: My parents are divorced and have been since I was about two years old. Yet, I was never engaged in the conflict—they remained friends. As I got older and developed more of a spiritual understanding, I realized how beautiful it can be when two people come together and want to share their life. It requires an understanding of something greater than ourselves, no matter what you call it. Marriage really is a divine union and can be amazing if you do it right. 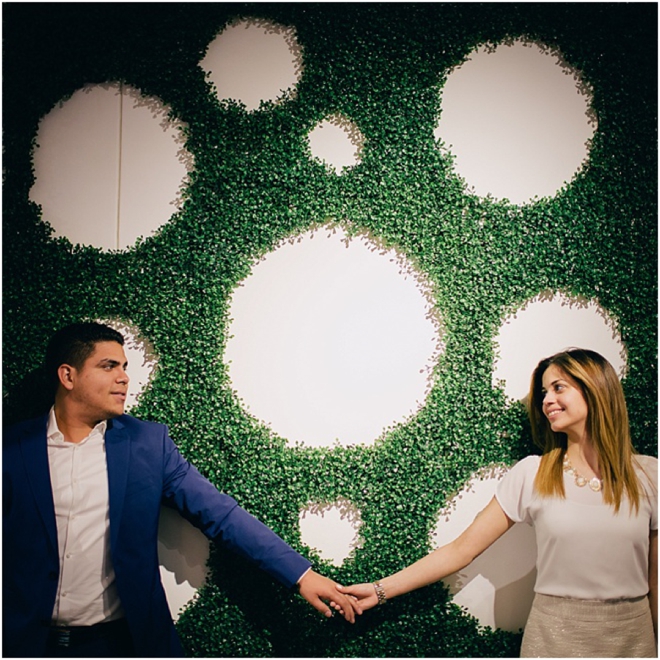 HWB: What are the most common problems—or potential problems—you see when you work with engaged couples?

SM: I see them being very idealistic about what marriage is, thinking that they have arrived and achieved, once they say, “I do.” The wedding is just one day. It is supposed to be a celebration, but couples shouldn’t let it get bigger than the marriage, to the point where they are spending plenty of cash, but are bankrupting their marriage with the stress and the tension. Anyone can get married, but I am talking about staying married.

A lot of the time couples just haven’t talked about anything, or they haven’t talked things through to the point of resolution. And I don’t just mean talking about having kids or where they are going to live, but also money, sex, and deal-breakers, which we call “no-no’s.”

HWB: What are your no-no’s?

SM: No-no’s are always determined by the couple, but if someone asked me for my deal-breakers, they would be physical and emotional abuse. I hate divorce, but sometimes when you can’t get what you need from a partner, and are being degraded and berated, something has to change. I would also add consistent disrespect by thought, word or deed. At some point everyone does something that is disrespectful, but maybe they didn’t think it through. After you tell someone what you expect and come to a resolution, and they continue to show these behaviors, then that’s a huge problem.

HWB: What advice do you have for couples for not letting the wedding get bigger than the marriage?

SM: Elope… I’m kidding. I recommend that they craft a ritual to stay grounded. Make every Thursday night massage night, or every Saturday morning go on a walk or a run, and don’t talk about the wedding. 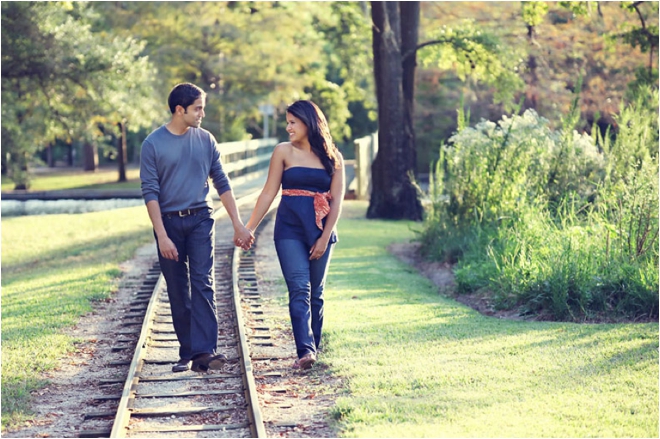 HWB: What are some of the biggest points of contention you recommend couples talk through before their wedding?

SM: Learning how to handle conflict in a healthy way is huge. People often have the mistaken notion that when there’s conflict, it is terminal. We can grow to love and have a greater understanding for our spouse if we handle conflict correctly. Not dealing with conflict can be like dripping water on a rock. It just keeps dripping until it erodes the rock. You might call it the Grand Canyon.

Also, for many couples, sex comes as an assumption, but it is something you should discuss. It is very easy once you’re married for life to take over. Your friendship and your physical intimacy with your spouse are so important. Your union with your spouse should be your priority; don’t let your marriage be a casualty of your life.

HWB: OK, so we’ve talked about sex and conflict? What about the other taboo: money?

SM: Regarding finances, my cardinal rule to couples is to figure out what works, and don’t tell anybody outside of your relationship. People have visceral reactions to how other people handle their money. At the end of the day if you want to have a joint account, great. If you want separate accounts, that’s great too. Just don’t tell anybody. Everyone is going to have an opinion and it will make you doubt the decision you made with your spouse—the only other person who has skin in the game. 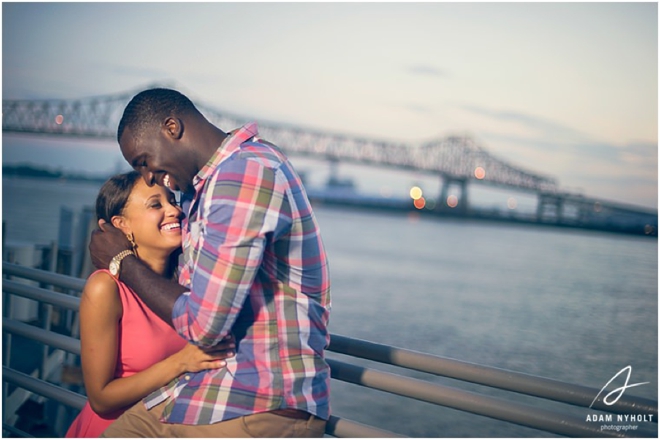 HWB: What is the benefit about discussing all of this before the wedding?

SM: I always liken it to weight loss. You can lose 10 pounds or you can lose 100 pounds. What’s easier? If we are coming in and taking the bull by the horns from the beginning, it’s easier to be beholden to the values that brought the couple together, not the values that are breaking them.

I am working with a couple that I also worked with during their premarital coaching session, and the same issues are cropping up. I do feel that they will be more successful because at a certain point they knew that they had to call me, or another unbiased party who could help. It takes a humble person to say that. I feel like those couples who say, “We need help with this and want to be our best selves and our best love,”—those are the couples that last.

Visit The Relationship Firm here, and contact Stephanie McKenzie to schedule your pre-marriage coaching session. You’ll be glad you did! 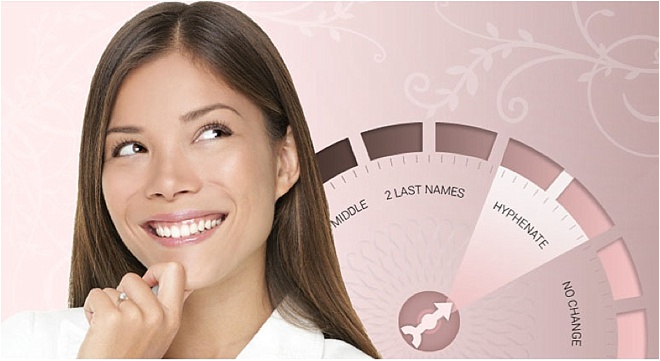 If you think finding the love of your life and planning/putting on the wedding of a lifetime is a process fraught with obstacles and challenges…just try switching your life over to your new married surname. Figuring out which identification cards and accounts you need to switch to your married name and then doing so can take hours—hours that you could be spending kissing, canoodling, antiquing, watching “Real Housewives” together in your matching jammies…that kind of thing.

Fortunately for our lovely Houston brides, we discovered MissNowMrs’s unique name-change service, which guides brides through a series of questions and uses answers to auto-populate all of their state and U.S government name-change forms, as well as notification letters for all their creditors, and then supplies detailed filing instructions for each form/letter. A MissNowMrs gift card makes a great shower gift, so make sure your mom, his mom and all your ‘maids and BFFs know!

Even more fortunately for y’all, we’re giving away 10—count ’em, 10!—MissNowMrs service packages to 10 lucky Houston brides. To enter for your chance to win, simply:

1.)     Email us your name, fiancé’s name, wedding date and booked or hoped-for Houston wedding venue.
2.)    Sign up for WeddingsinHouston.com (you’ll qualify for this bridal giveaway & oodles of others worth thousands of dollars, plus you’ll get access to exclusive events, parties, trunk shows, vendor discounts and the most comprehensive wedding-planning tools and resources a Houston bride could wish for!)
3.)    Wait. We’ll notify our winners on MONDAY, JUNE 30, and provide each with an exclusive MissNowMrs promotional code to redeem your name-change service…when you’re good and ready, of course. 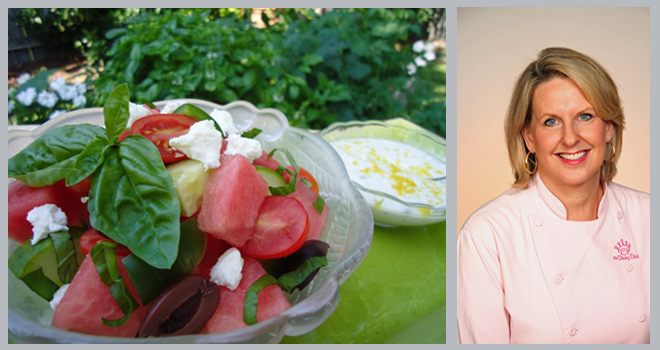 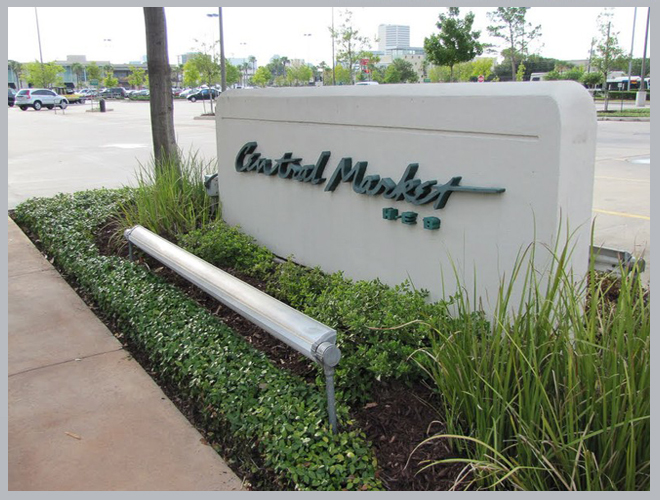 Trying to figure out just what you’re going to do with all those newfangled kitchen gadgets and super-chic tabletop goodies you’re sure to get gifted from your wedding registry? Here’s an idea: Learn how to whip up and serve a scrumptious Texas-style gourmet dinner! This Wednesday, famed “Dining Diva” and cookbook author Molly Fowler shows you how, at a sure-to-be-delicious cooking class, 6:30 p.m. at Central Market. Menu items include (cue the drooling) Shrimp Acapulco and Smoked Grilled Ribeye with Sauteed Mushrooms. Tasting is strongly encouraged. Couples are welcome. Space is limited, so reserve yours now. Mmm… date night is served! 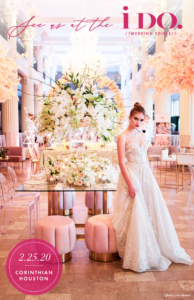